Growing up, my dad was a major vinyl collector, so from a young age I was exposed to the distinct warm sound of a record playing. As a predictably contrarian youth, however, I was more into buying CDs, but as I started getting more into playing in bands in high school, I happened upon a garage sale and it finally occurred to me that I could build a collection of my own. I sifted through the selection, picking up Bob Dylan's "Blood on the Tracks," U2's "War" and Bette Midler's "The Rose"—serving as a foundation for what has become a collection well in the 100s. Today, I balance my new acquisitions with pre-orders for new releases and vintage discoveries found sifting through piles in antique shops or local record stores. Listening to records at home is still about that same familiar warmth for me, whether it's soft crooning in the background while cooking dinners, or a frenzied shift of energies as friends choose their favorite albums when visiting. Here are my 10 favorite album covers: 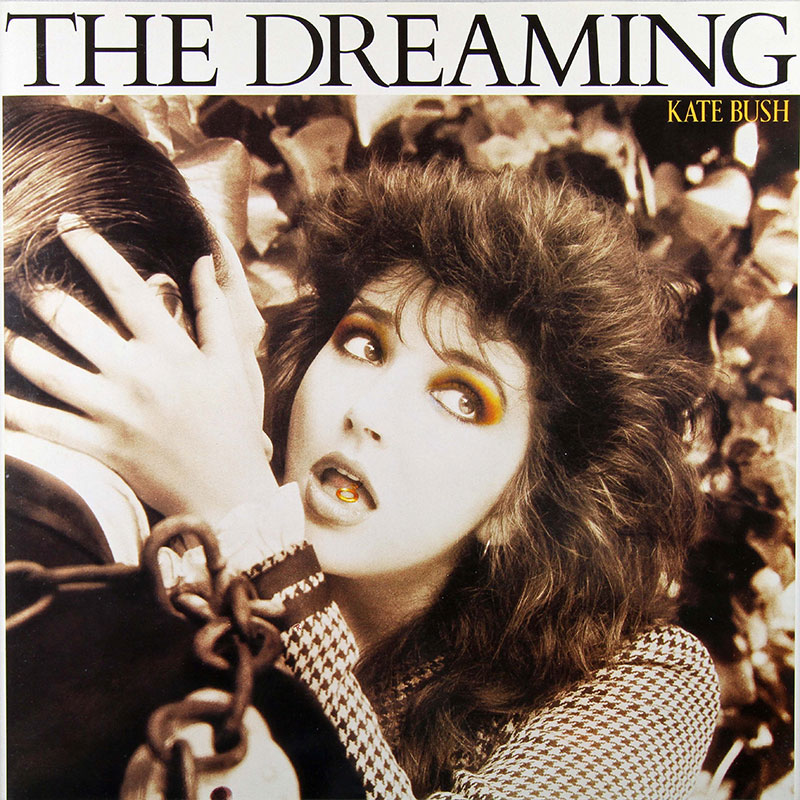 This was probably the first Kate Bush record that I really latched onto as a kid. It's dreamy and playful and creepy (see: "Get Out Of My House"), but I think it has this wild, fun, whimsical quality to it that made it perfect for me as a 10-year-old. The cover is a direct reference to track 9, "Houdini," a song that tells the story of Houdini's widow contacting Houdini after his death with the help of a medium. The cover shows Kate (as Bess Houdini) leaning in for a kiss, hands on Houdini's face, chains wrapped around him—and if you look close enough, a gold key lays on her tongue. She sings, "With a kiss, I'd pass the key," illustrating this idea of freeing him from the chains that are keeping him in the after life, forever separated from her. Romantic! Spooky! All my favorite things. 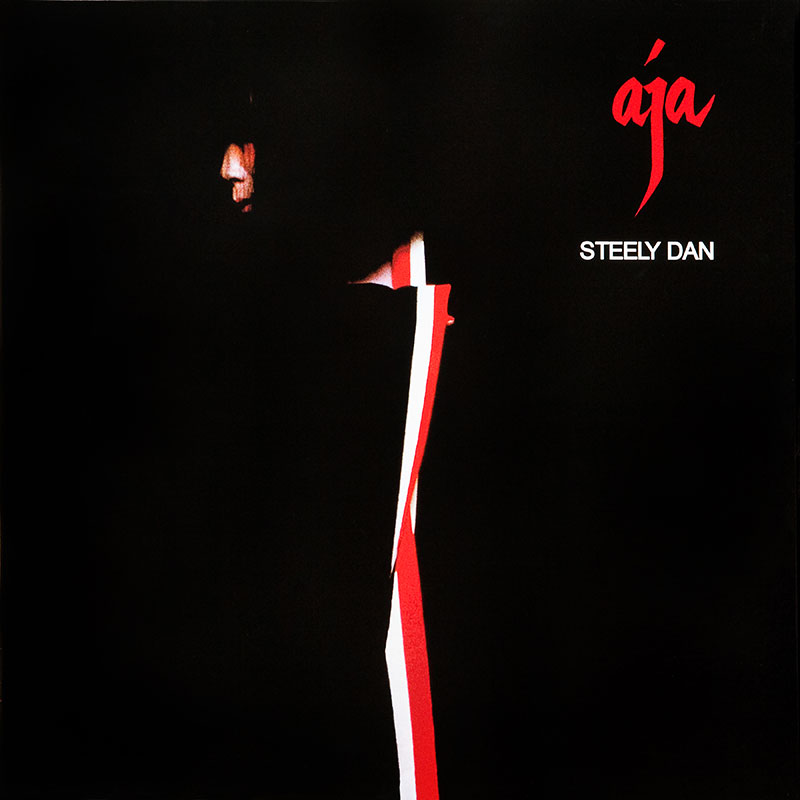 I'm sure this is on everyone's top 10 list, but for good reason. Photographed by Hideki Fujii, the cover features Japanese actress/model Sayoko Yamaguchi—only a hint of her face and a small strip of white and red fabric from her garment—completely enshrouded in the deepest jet black. It's stunning, striking, crisp and elusive, which is pretty much how I'd describe the album in its entirety. There's also this wonderful juxtaposition between the bold simplicity of the cover, and the insane musical complexities that hide inside. I think it's absolutely gorgeous and the perfect cover art for a perfect album. 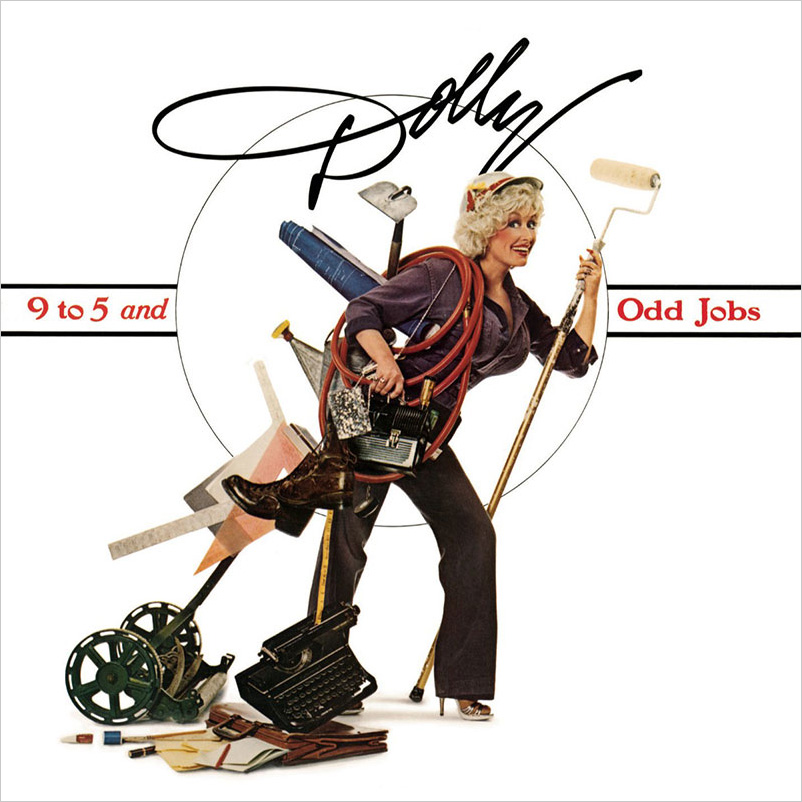 I love when an album cover is a direct link to the concept of the album itself. Sometimes it's a bit too on the nose, and sometimes it's so clever and well done that it works perfectly. 9 to 5 and Other Odd Jobs is exactly that. With tracks like "Sing For The Common Man," "Working Girl," "Poor Folks Town" and of course, "9 to 5," Dolly created an album all about the working people of the world—women, men, young and old. On the cover, Dolly is set against a Norman Rockwell-esque backdrop, covered in and surrounded by all types of working gear: a typewriter, blueprints, measuring tools, an overflowing briefcase, a hose, a paint roller, etc. It's deceptively simple but with just the right amount of camp. 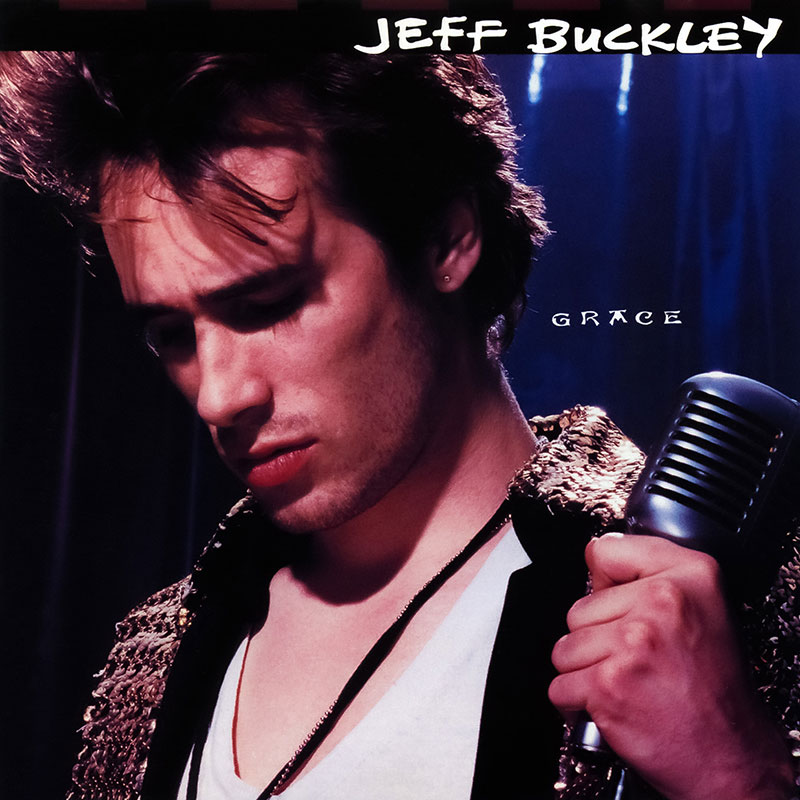 There's always a haunting beauty about Jeff Buckley. I remember hearing him for the first time as a kid and immediately being so upset when I learned about his death. All we're left with is a perfect album, with an equally beautiful record cover. It seems obvious now, but there's a gorgeous angelic quality to the photo of him—I always imagined that he was on a stage in the picture, lit with a spotlight from behind. There's also sort of an Elvis aesthetic to it, with the retro microphone in his hand, the gold sequined jacket, and his feathered hair falling in front of his face. In retrospect I definitely had (and still have!) a crush on him, and how could you not? He was a beautiful person, he made a beautiful record, and we're lucky to have it. 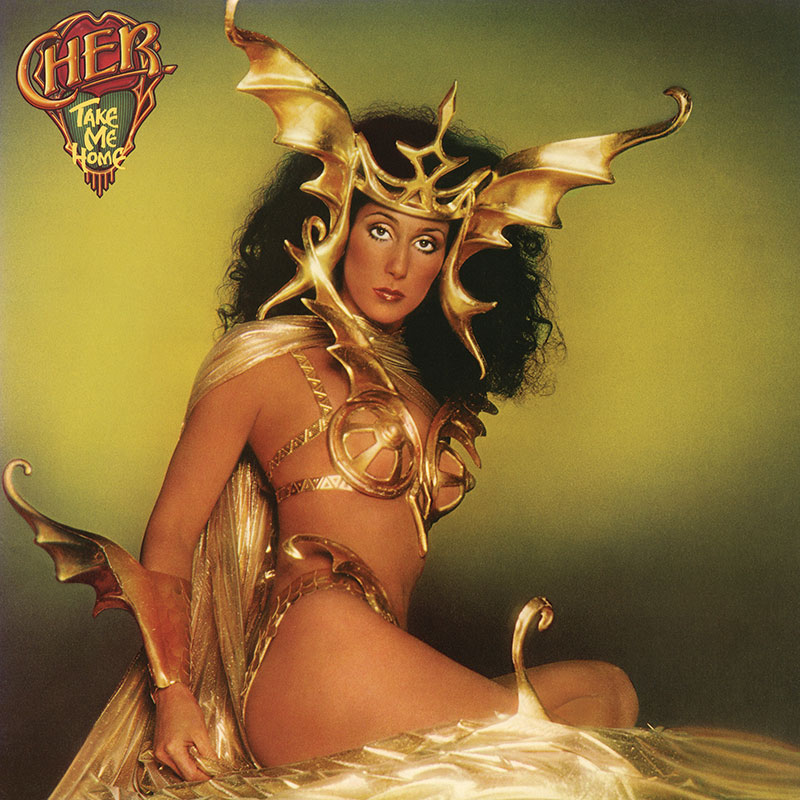 I have always been obsessed with this album cover. It's so truly insane and so CHER. The cape, the headdress, the winged wrist cuff,—all designed by longtime collaborator Bob Mackie of course—depict her as an incredible pop superhero, which she obviously is. Adding to that element is the ultra-cool CHER logo in the upper left corner, which looks like it should be worn like the S on Superman's chest plate. Even the back cover is great.It shows her standing in a full power-stance, with a gold sword and gold sequined boots. It's such a confident, sure-of-herself image, which was important I think for this album in particular, since it featured her first comeback hit since her split from Sonny (that track being the disco smash "Take Me Home"). Released in 1979, I think it's a great reminder that Cher has always been Cher. 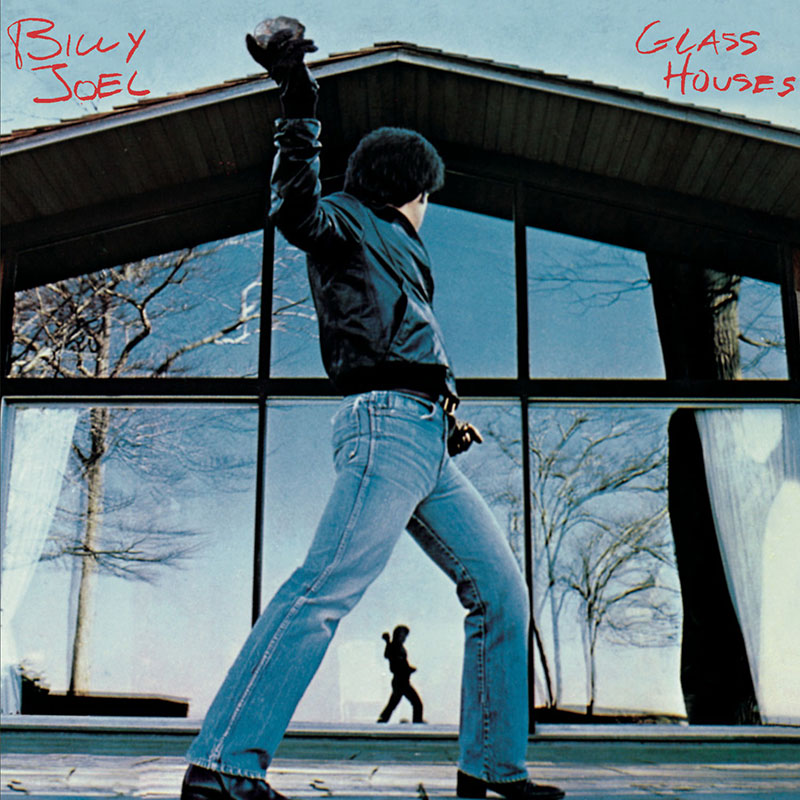 This is my second favorite Billy Joel record, but the cover is just too good to not include in the list. Another "obvious" image as it relates to the name, it's Billy Joel with a leather jacket and sick leather boots, arm reared back to throw a big rock into an all-glass home front. I love how immense the picture seems, with the camera angle settled sort of low to make Joel appear giant. I also love that you can tell just how freezing it was that day, not a leaf on the trees behind him. What's extra cool is the back cover, which shows Billy looking directly at the listener through a broken pane of glass, like now he's on the other side. This was more of a "hard rock" album for him, which makes the cover art that much more significant I think. Besides the "people in glass houses" adage, I think it brings to mind this ruffian quality, a guy who's looking to start trouble. 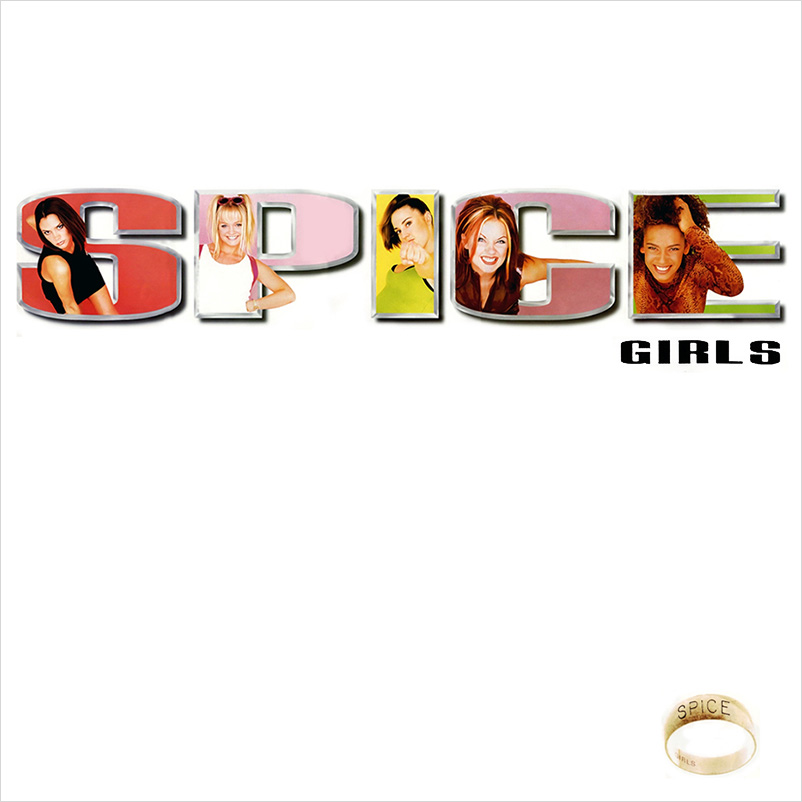 What's brilliant about this cover is that at first it hits you graphically with these awesome colorful metallic tinged letters, then as you move from one to the other, you're basically introduced to each of the girls. As a debut album, it really looks like you're meeting them for the first time, this is who they are. It's an awesome lineup, and gives off the vibe that they're a superhuman collective of Girl Power and shiny pop. I also think it's significant  that they're each in their own letters—each has her own significant place in the group, which was a total trademark of the Spice Girls. Every single fan identified as one of them, everybody felt included, encouraging us to be ourselves because we saw ourselves in them in one way or another. Unlike a lot of their boy band counterparts, there was no lead singer, no "front man," I think you can really feel that from the cover. Girl power!!!! 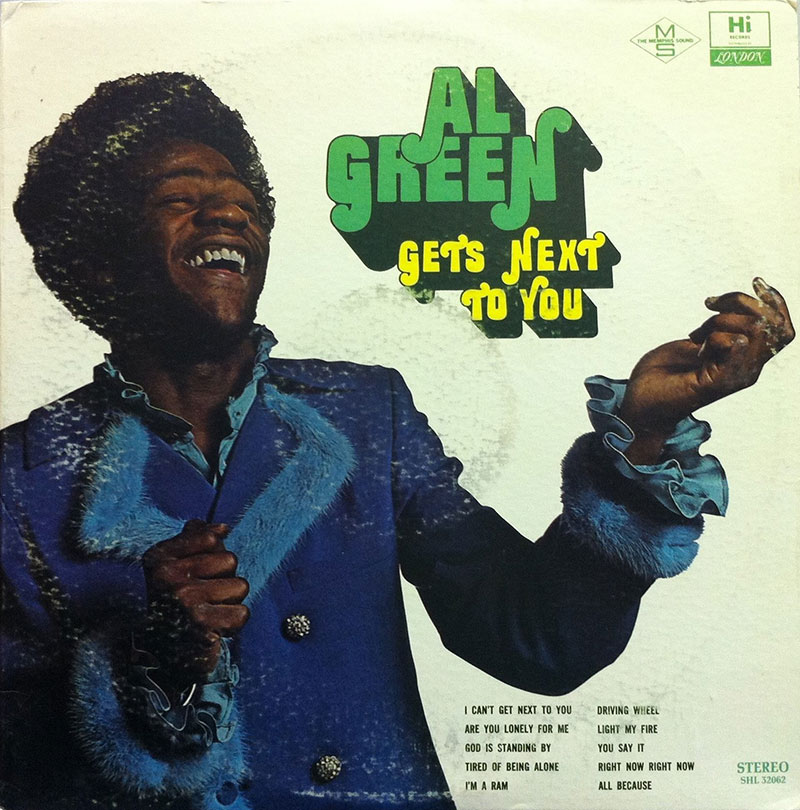 Isn't this the world's best font? Just looking at it feels like you're back in the '70s. It's been copied and remade and referenced time and time again, with good reason. The color choice is awesome, and the letters shoot right off the cover with this 3D quality. Then on the left, you've got Al Green decked out in an incredible blue fur-lined coat, looking as jubilant and joyous as ever. It's the same smile everyone gets when listening to this record. There's not much to it, and the composition as a whole is so simple but effective. Then there's the amazing album title: "Al Green Gets Next To You." It just doesn't get any better. 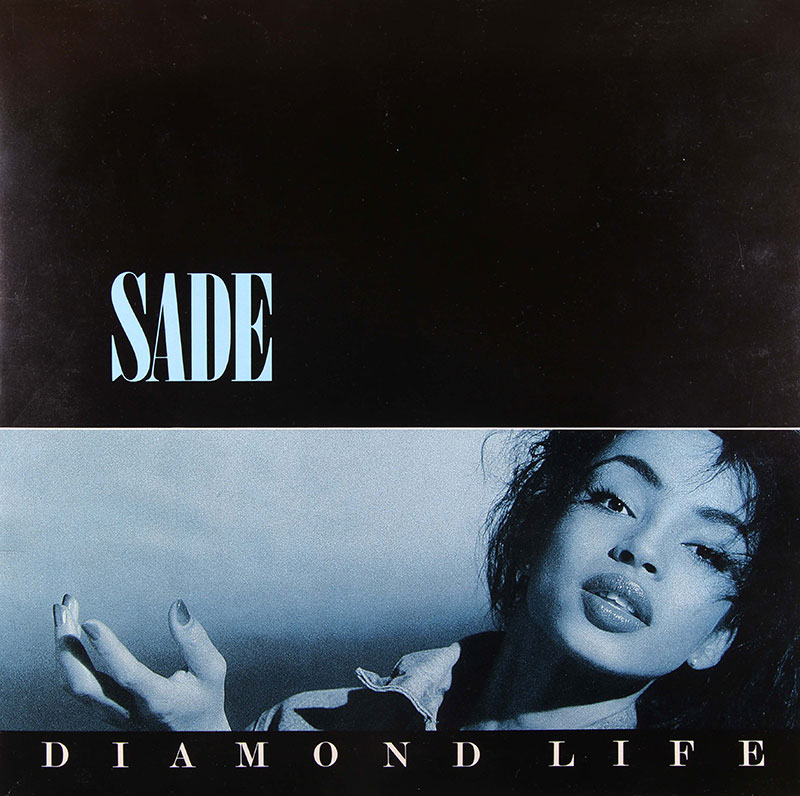 Something about this cover has always looked like a movie poster to me. Her name up top, and the formatting of the photo strip towards the bottom gives off the feeling of feature film title cards, like the opening of a James Bond movie or something. It's so effortlessly gorgeous and cool, and I think it really shows you what the album actually sounds like. I don't have much else to say other than I think it's perfect! 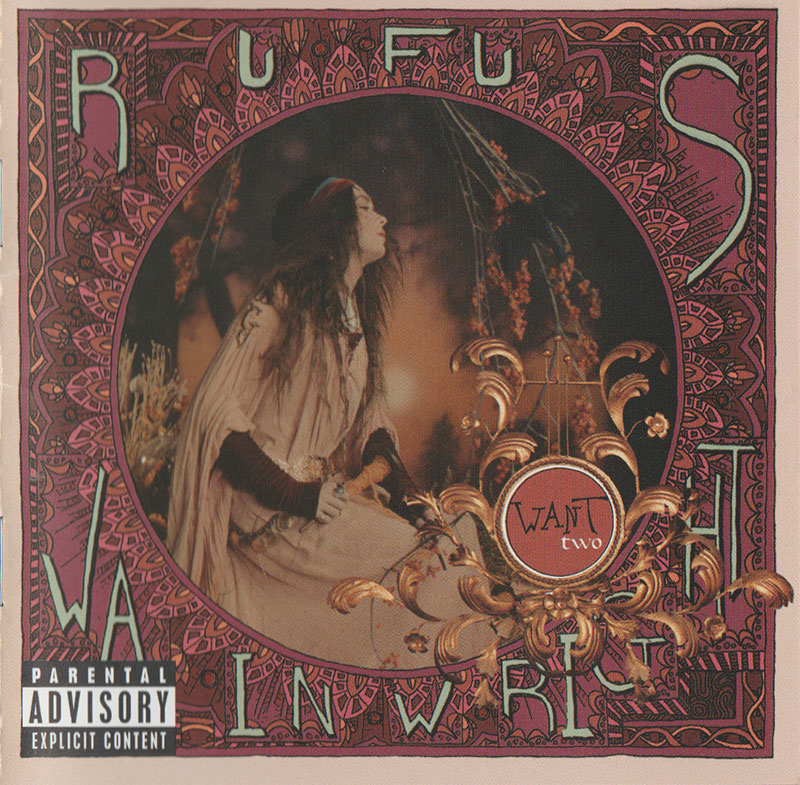 Rufus has always embraced the dramatic, and Want Two is a perfect example. This is a companion piece to his earlier "Want," which depicts him on the cover as a lonely knight in armor, surrounded by shades of blue. In a stark contrast however, "Want Two" shows Rufus in drag as an Ophelia-esque maiden, draped in fabric, hair long in a Pre-Raphaelite aesthetic, surrounded by shades of pinks and golds. With musical references to the Baroque, ballads about unrequited love, painters John Singer Sargent and JMW Turner, the album is incredibly intense and romantic, and has no shortage of literary and cultural references scattered throughout. The cover is a perfect match, acting as sort of a brochure for the music that's inside. 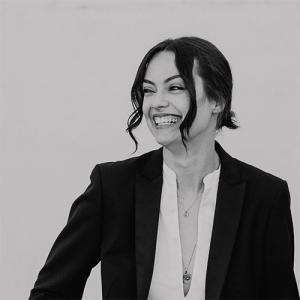