10 Album Covers That Look Great on a Bedroom Wall, Chosen by Tracey and Andy Merz 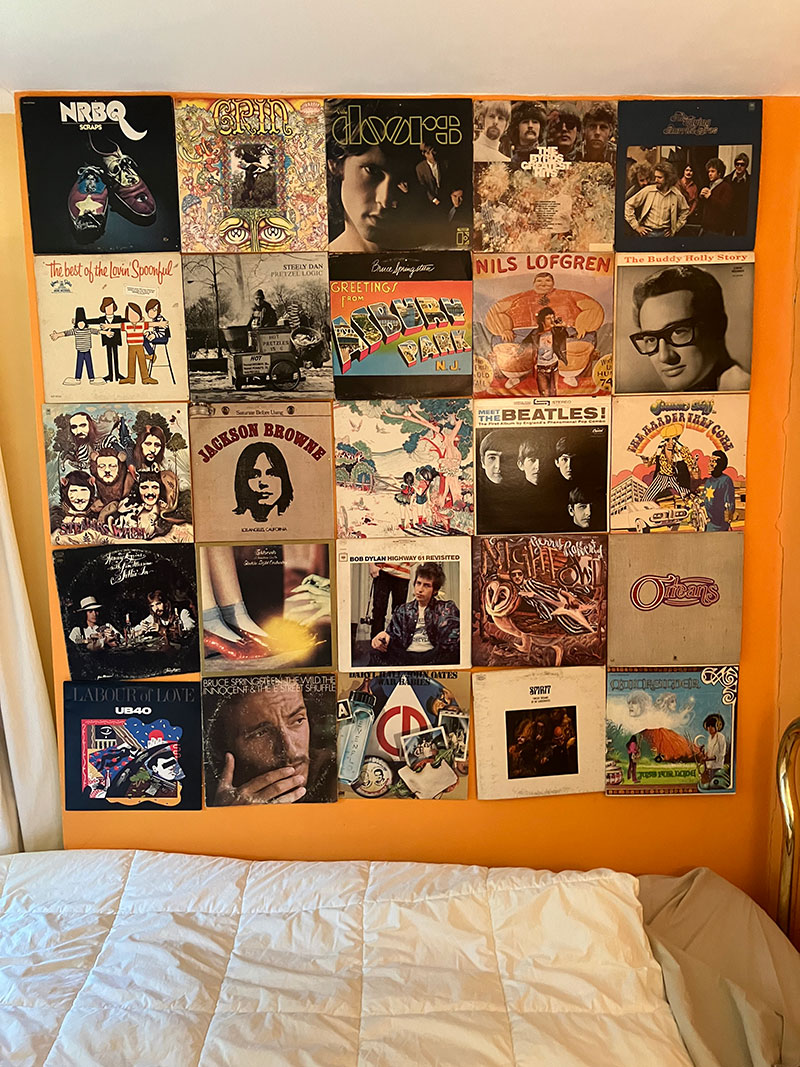 My father (Andy Merz) introduced me to the power of a great album. A lifelong music fan, his record collection spans 500+ albums, many of which were collected during his years as a radio DJ in the late 1970s and early '80s. Growing up, he got me my first Walkman and CDs, and I remember our excitement when he ordered one of the first iPods. We'd go on iTunes together, and I'd watch as he downloaded digital versions of his favorite albums.

When I was 10, in 2004, I switched bedrooms with my brother, and was told I could paint the room whatever color I wanted. I chose two colors—bright orange and a highlighter pink—and loved it, but felt the room needed even more. From a stroke of 10-year-old inspiration, I decided to fill one of the walls with record covers. I'd pored over these album covers before, feeling like they were too cool to be holed up in our attic. I wasn't sure if my dad would agree with hanging them—after all, it could damage the condition—but he was excited. The albums had been sitting in dusty milk crates, and now they would be displayed like the art that they were.

So, I brought all 500 albums downstairs and laid them out one by one. My criteria? Honestly, at that age, I didn't know many of the artists, except the most famous ones, so I went purely on instinct: Which ones looked the coolest? I narrowed it down to 50, and then to the final 25, creating a collage on the floor until their placement felt balanced and perfect. With a hammer and my dad's help, soon I had a music mosaic on my wall.

Eighteen years later, the albums still hang on the wall. If guests visit, they stay in this room, sleeping beneath the albums, and I love visiting my parents and seeing these albums that have been there for years. And, inspired by the albums I saw every day, I became deeply interested in music, following my dad's footsteps. Not long after the albums went up, he took me to my first concert, the Live 8 Festival in Philadelphia. Then, before I could drive, he would take my friends and me to shows, and over the years, we have continued to see our favorite bands together at venues intimate and large.

I picked these album covers based solely on how they looked, but many of them ended up becoming bands I listened to, after making a Spotify playlist I called "Music On The Wall" so I could become familiar with all these albums I'd seen for so many years. Some of them, my dad and I saw together in concert, from a 2018 Electric Light Orchestra show to multiple Bruce Springsteen shows.

Today, I work mostly in audio, creating audiobooks and podcasts, and while it's a different medium, I was very fortunate to have my interest in audio encouraged from such a young age. My dad is a former adman and now an adjunct professor of advertising and marketing, so he is himself an "expert of sorts" in branding and design. Below is his commentary on a selection of 10 of those albums "on the wall." 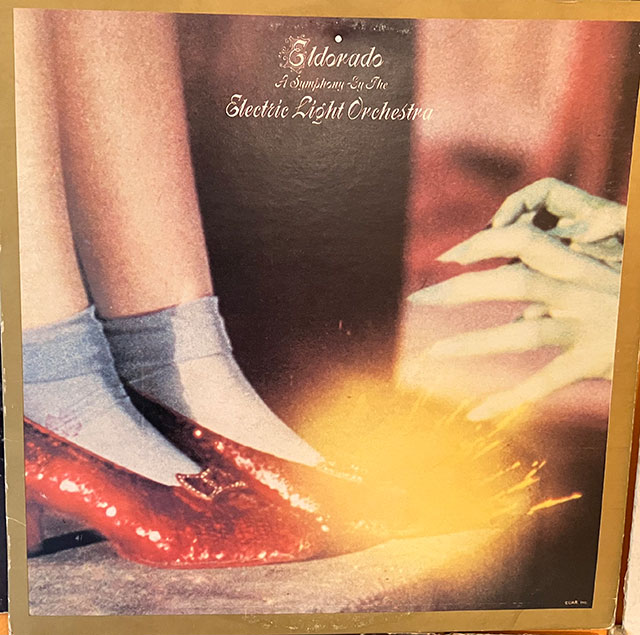 Known as Jeff Lynne's first "concept" LP, there is actually a plot of sorts where the main character goes off into fantasy worlds to escape his boring, listless life. Hence the famous cover design taken from The Wizard of Oz, where the Wicked Witch tries to take off Dorothy's magical ruby red slippers (a scene that always freaked me out when I was a young kid). 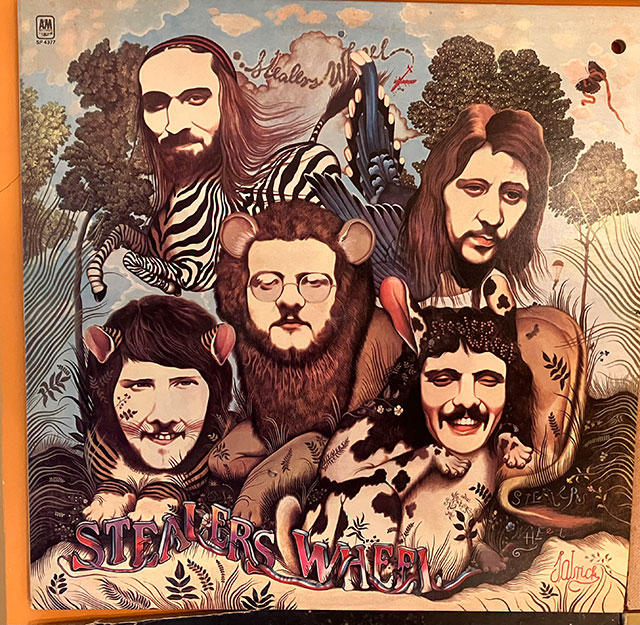 The cover design was by a Scottish playwright who also did the art on the band's other LPs. Interestingly, the words "Stealers Wheel" are embedded 11 times in the design. Musically, the band was led by songwriter Gerry Rafferty, who went on to have some solo success, and the LP featured the catchy hit "Stuck in the Middle with You." 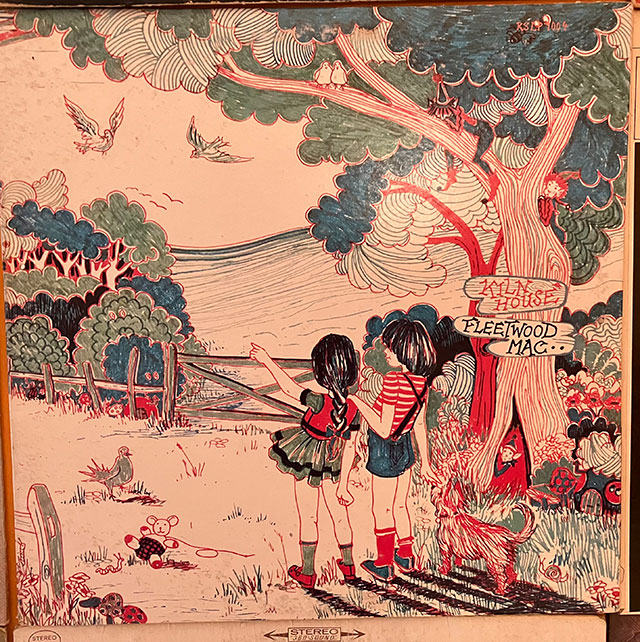 The cover art was drawn by band member Christine McVie, wife of John McVie, the band's co-founder and the "Mac" in Fleetwood Mac. Kiln House was an actual house where the band members lived together with their families in the U.K. as they were working on the album. 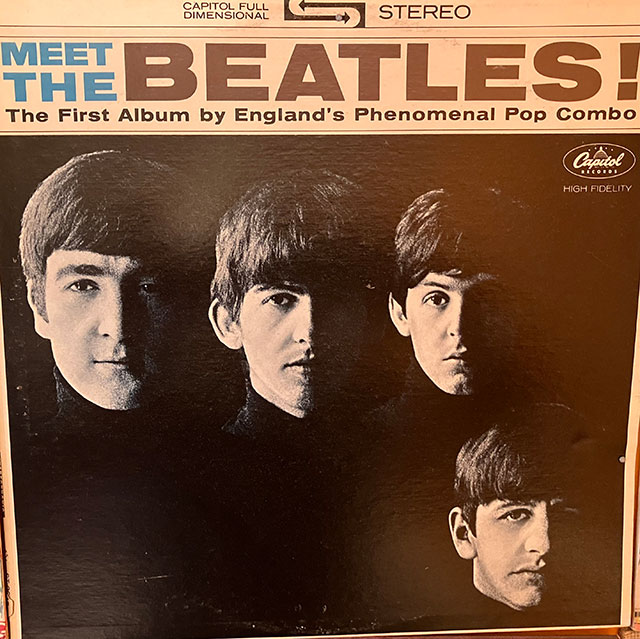 The first blockbuster studio LP by the band that was all the rage in the U.S. in '64. I always wondered why Ringo got the short shrift and ended up all alone on the bottom right—perhaps because he was the last Beatle to join, replacing the former drummer Pete Best, who was sacked from the group. I was always attracted to the black-and-white photo with the bluish tint. 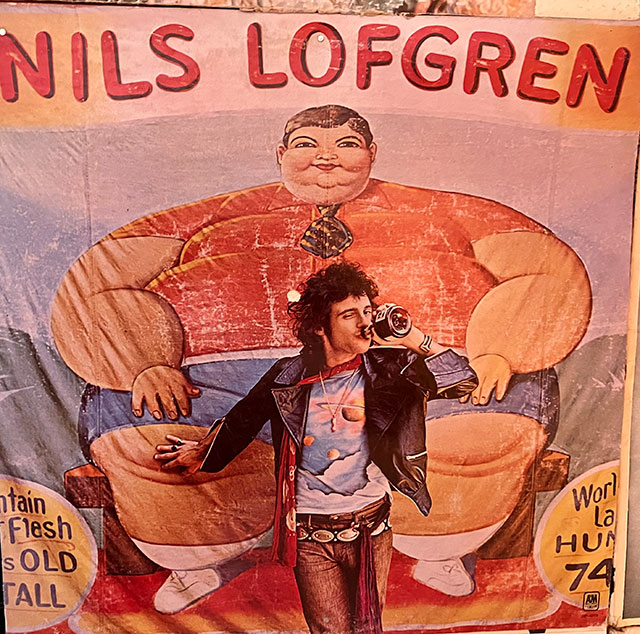 Also known as the "Fat Man Album," the circus-type billboard in the background gives the cover a fun, whimsical feeling. Oh and the album itself, after Lofgren's breakup with his former band Grin, is exceptional pop and has been critically acclaimed. It's no wonder Springsteen brought him into the E Street Band. 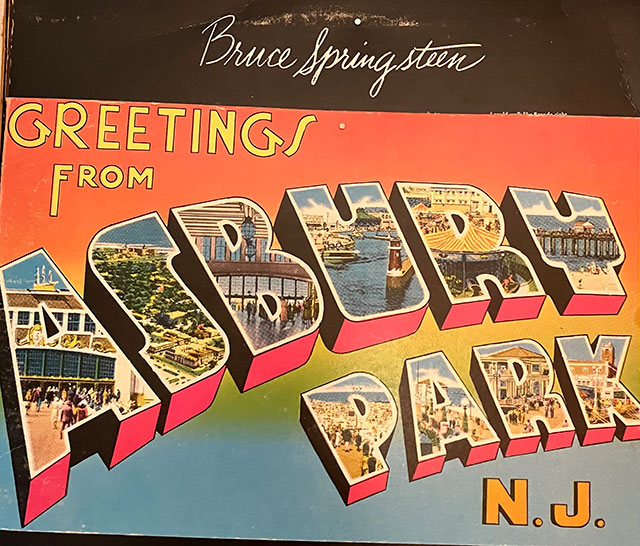 The boss's first LP, of which much has been written, and although it barely made a dent on the charts when released, many of the songs on the album have become concert staples and true classics. The postcard-themed art was designed by an art director at Columbia Records to play to Springsteen's Jersey roots. 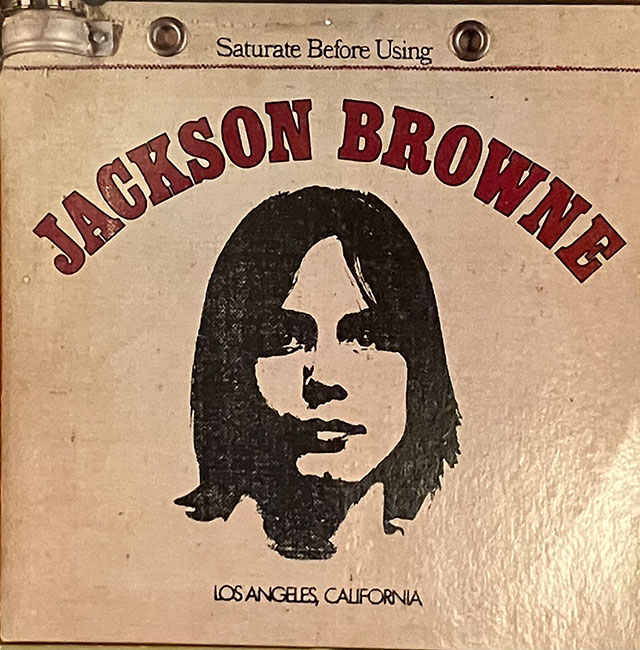 Note the words "Saturate Before Using" on the top (which is not the album's title). Evidently, Browne was in a room that had a canvas water bag on the wall (it was the L.A. scene, you know) when he was talking with the album designer on the phone, and who suggested the "water bag" motif for the cover. The canvas style of the cover art and Browne's stoic expression suggest the thought-provoking songs that filled this laid-back, landmark debut. 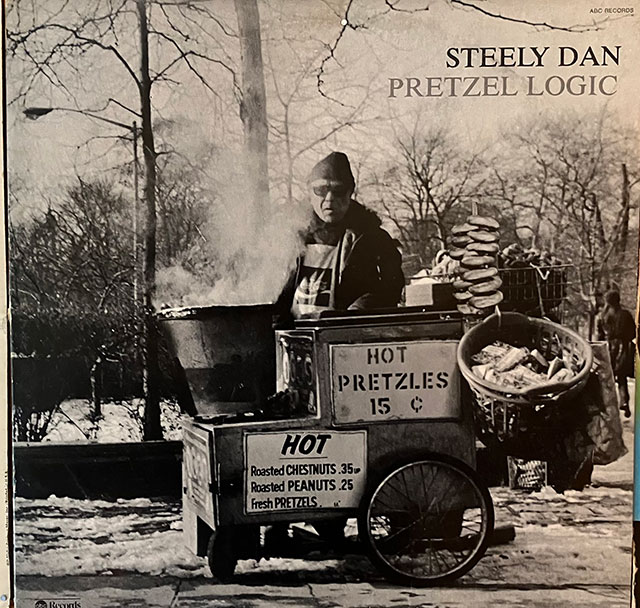 Musically, the album is a revelation and one of the true "Dan" classics featuring the hit single "Rikki Don't Lose that Number." Steely Dan always "played" their audiences with obscure album titles and lyrics. The simplicity of the B/W cover photo of a New York pretzel vendor is juxtaposed with an odd title that conjures up the idea of twisted, illogical thinking. Kind of like the Inception of LPs. 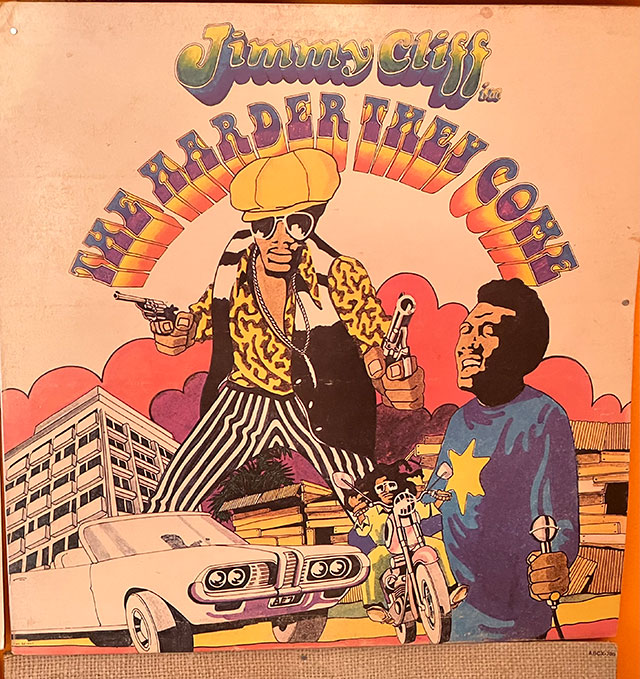 This was the movie and the album that really introduced reggae to the masses. Although Cliff's classic songs make up the bulk of the album, you'll also find catchy melodies from other Jamaican artists which gives this collection a festive, high-energy feel. A classic LP that has stood the test of time. 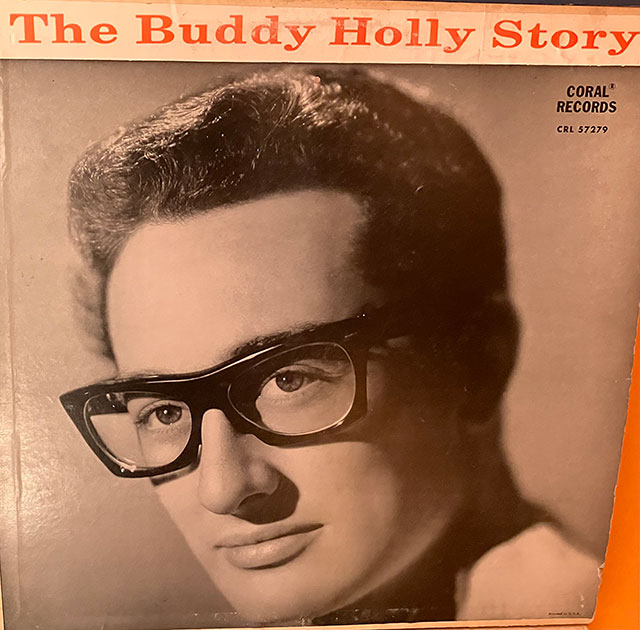 This LP was released one month after Holly's tragic death at age 22 and contains many of his classic compositions. The haunting portrait and the glasses are soul-crushing. 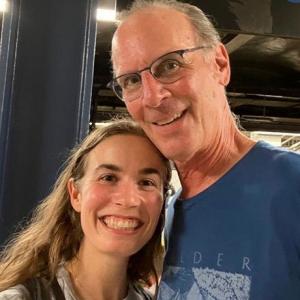