You're a working parent. You bust your hump all day, including weekends, to make ends meet. Sometimes you toil at more than one job. On the home front, you hold the family together. You prepare meals, help the kids with homework and shepherd the family through illness, injury and emotional upheavals large and small.

Do you have time to go back to school and get your degree?

Of course you do. Because you're a mighty dragon, and the University of Phoenix can help you "Discover Your Wings."

That's the theme of the for-profit, mostly online institution's latest effort from 180LA, which includes the minute-long TV spot below. In it, a young boy being raised by a single mom who's overstressed from work reads from an illustrated book called The Dragon Who Learned to Fly, which the school has actually published as part of the campaign.

Discover Your Wings – University of Phoenix

"Once upon a time, there was a dragon who never learned to fly. She was always too busy doing other things. Keeping the town's fires lit, and using her wings to keep her family warm. But one day, a bird appeared from very very far away. 'Your wings can take you places you've never been before,' the bird said. 'Here, I'll teach you how to fly.'"

Young actor Dominique Ilie provides the voiceover. Lucas Broitman appears as the son, with Kyla Schoer cast as his mother.

"When art director Elizabeth Lay and I came up with this concept, we knew that the magic would come from creating this story from scratch," 180LA copywriter Jim Goodrich tells Muse. "We spent so much time looking through children's books, trying to craft a tale that was as interesting and special for adults as it was for their kids.

"Writing a children's book can sometimes take a year or more," he says. "But because this campaign revolved around the storybook we were writing, there was so much less time for us to get it right. It was a lot of work, but so worth it to be able to create something magical and inspiring that we can share." 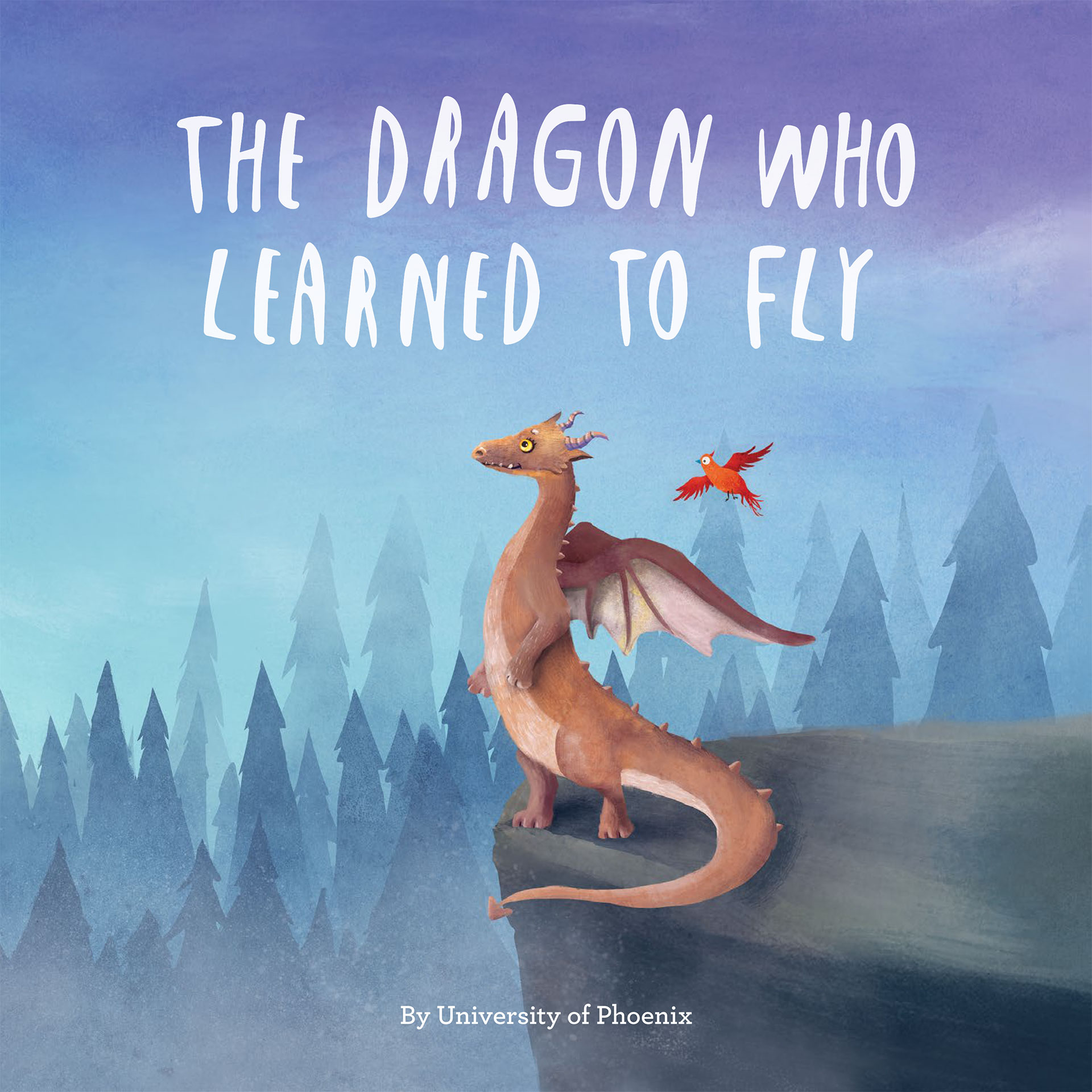 Working to repair the school's reputation after a series of mid-decade controversies, 180LA's work for University of Phoenix frequently touches on issues of empowerment, casting the school as a partner for hardworking folks looking to better their lives. "Discover Your Wings" amplifies that approach, with the book angle generating extra media coverage in recent days.

Agency creative director Brian Farkas adds: "Since the book plays such a prominent role in the film, the idea of actually releasing a children's book into the world came up pretty naturally. It will be available both as an ebook and in hard-cover format, given away to Phoenix students. I personally would love to see it as a bestseller on Amazon." (For the time being, you can download it here.)

As it turns out, the story already has a fairy-tale ending.

Lay was pregnant during the shoot, and delivered her baby on the day the TV spot got client approval. "Our very own baby dragon!" says Bec Bowman, 180LA associate brand director.