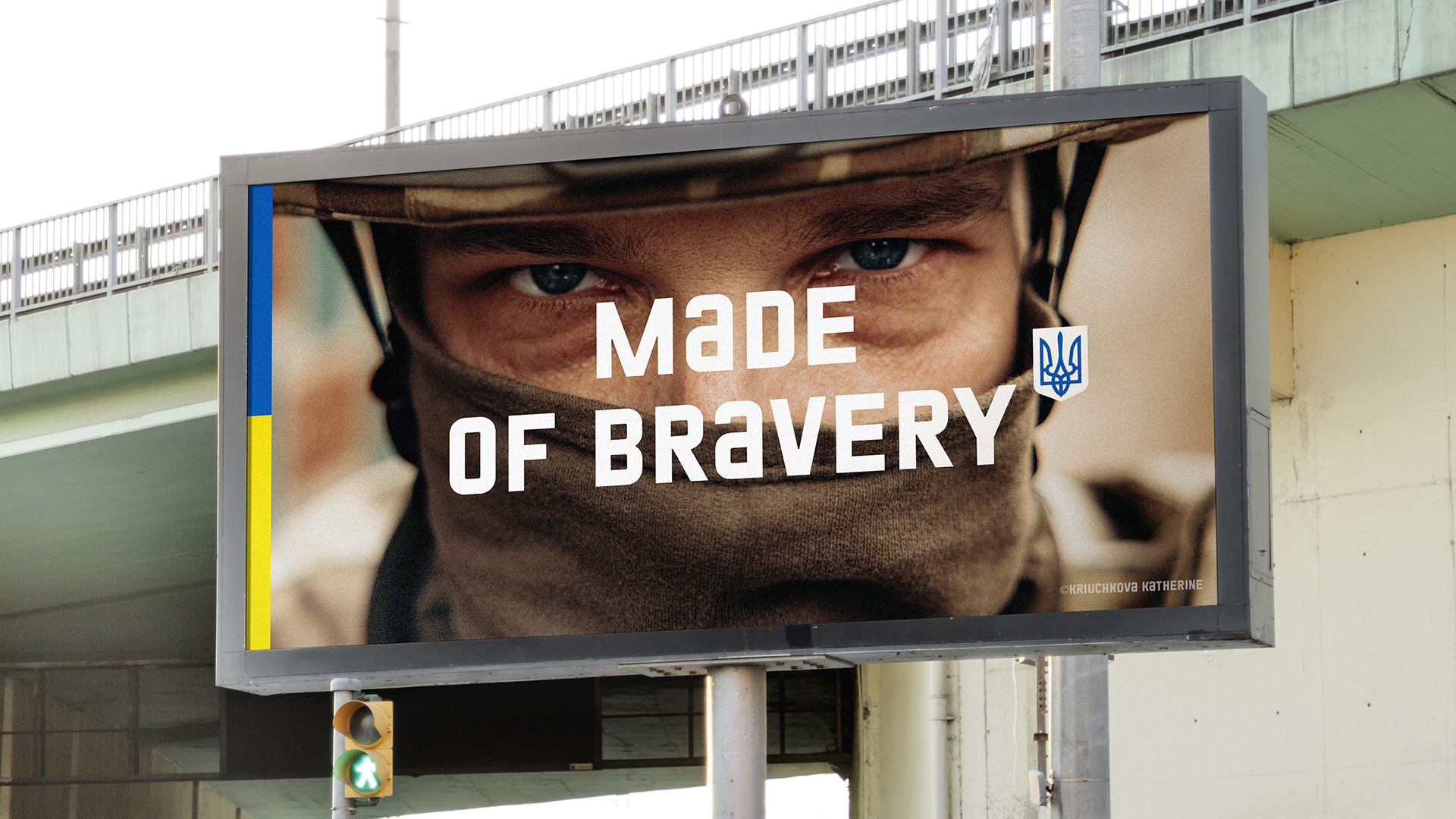 Ukraine's blue-and-gold flag flaps defiantly against a stark, black background as a voice informs us, "Bravery doesn't have a color. It has two colors."

A crowd of civilians flying that banner stare down a Russian armored vehicle, which backs away as they advance. "Bravery is stronger than weapons. Always," we're told.

On a lonely stretch of highway, a young woman walks a group of dogs whose owners died in the invasion. Some of the dogs are missing limbs. "Bravery has superhuman powers. And a human heart," a narrator explains.

You'll find such moments chronicled in an international initiative launched over the weekend by Kyiv-based creative agency Banda and the Ukrainian government. The work positions courage as Ukraine's leading brand and seeks to focus attention on its struggle.

Out-of-home elements will appear in 15 countries, including the U.S., U.K., Canada, Poland, Germany, Italy and Ukraine itself, via media donated by Publicis Groupe, Dentsu and OMD. 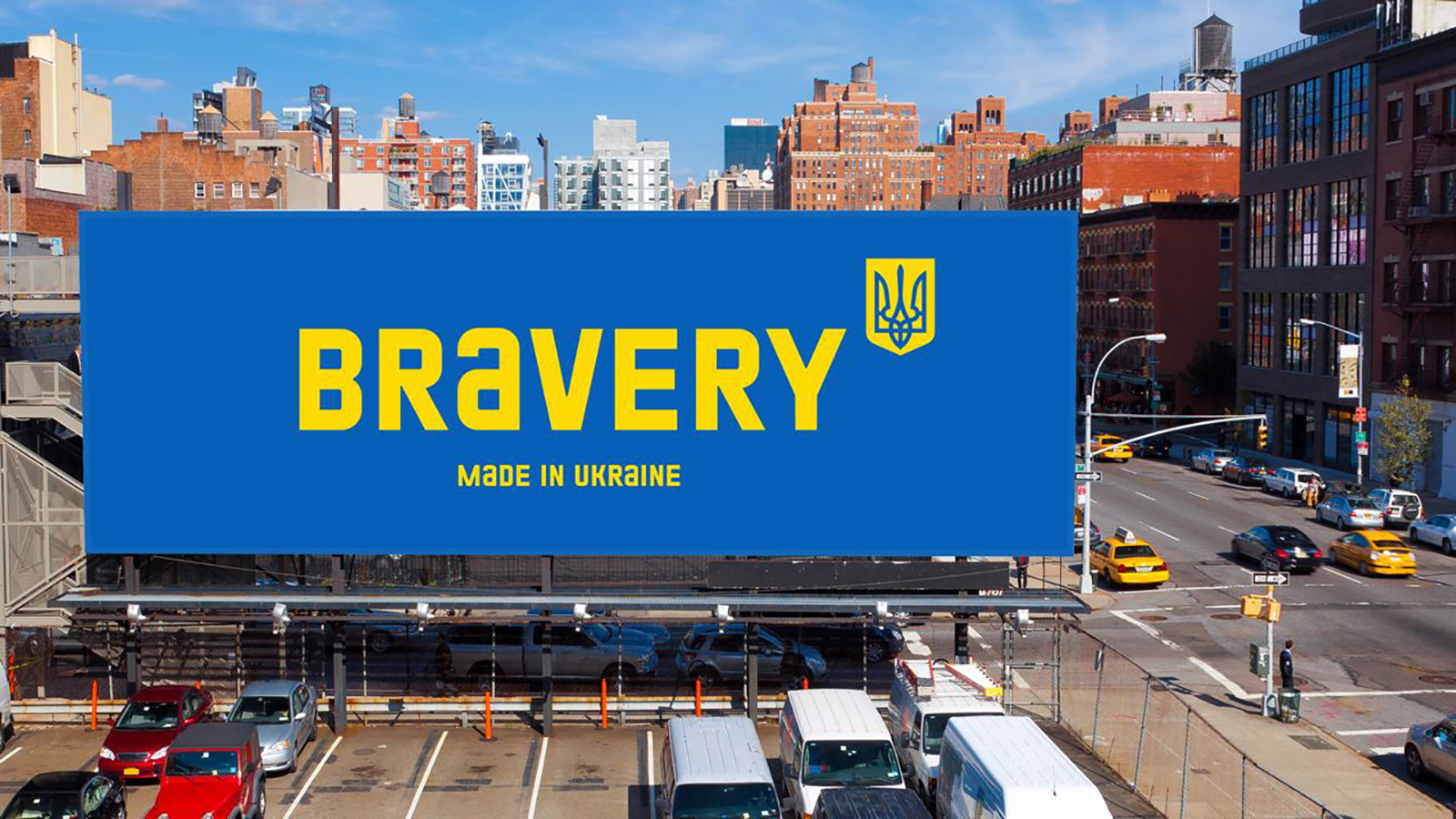 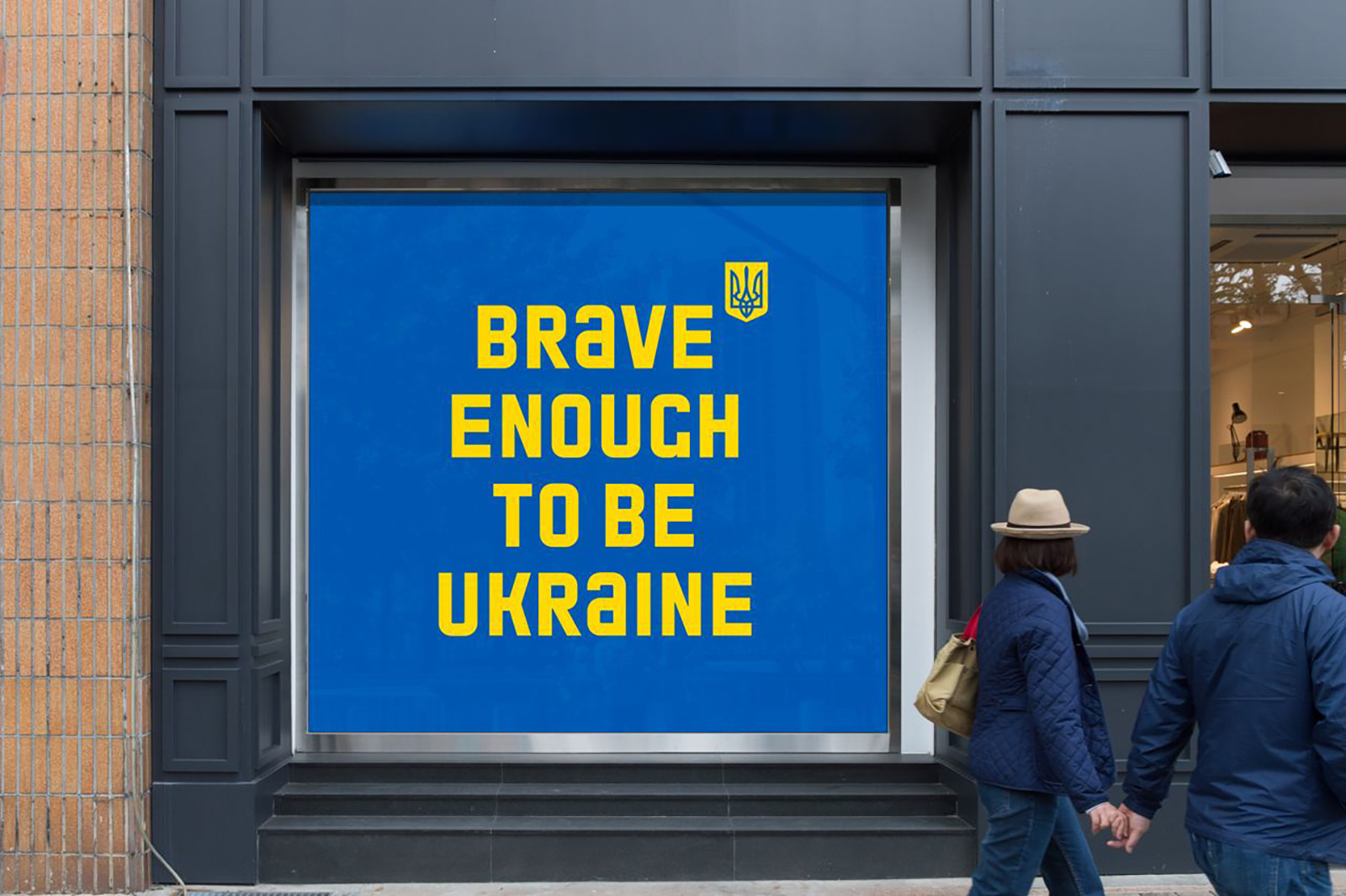 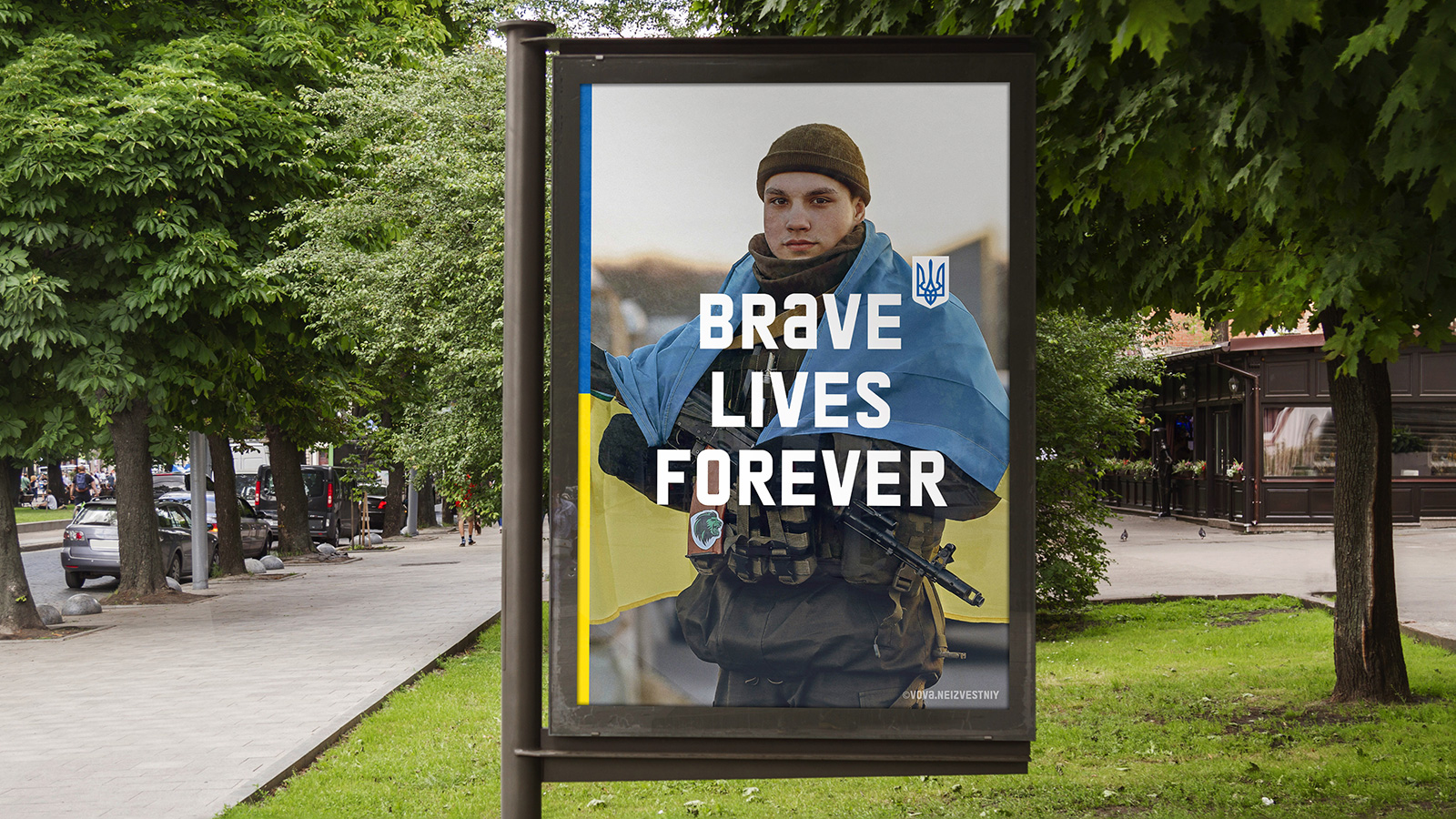 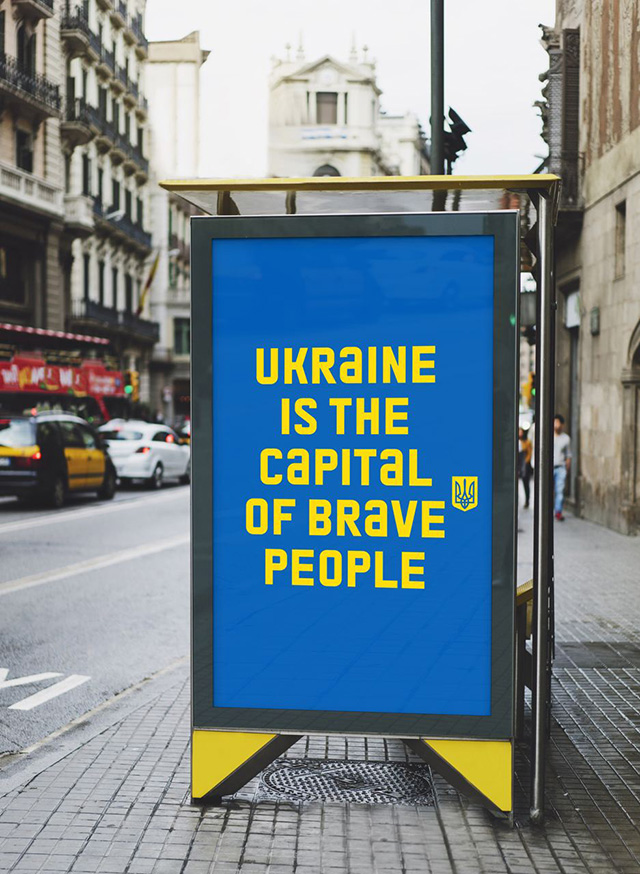 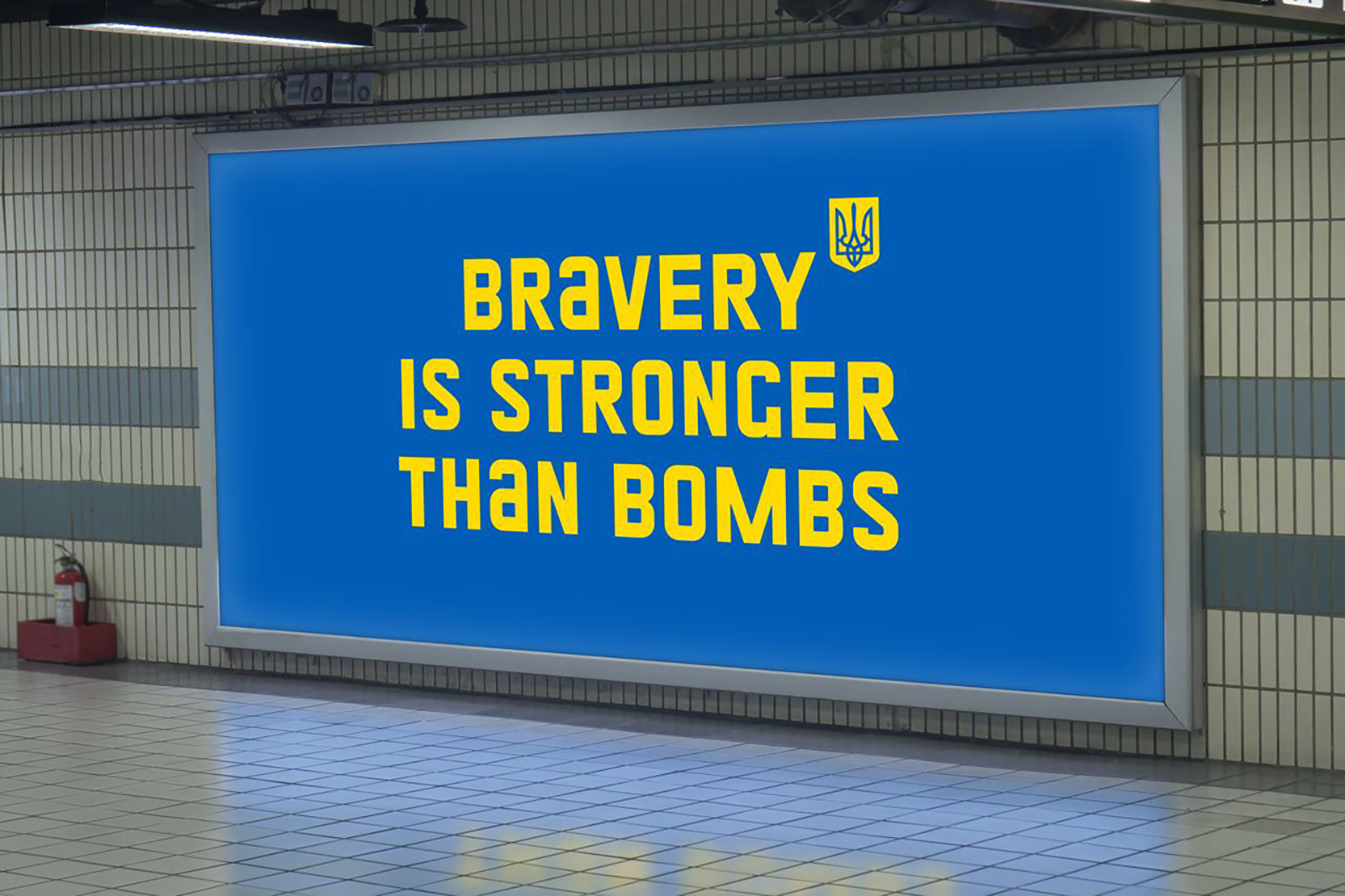 And here's a Ukranian passport mask on IG:

"Around the world, Ukrainians have been identified as a nation of brave people," Mykhailo Fedorov, the nation's minister of digital information, says in a blog post. "We rally against the Russian occupiers and stop tanks without weapons in our hands. Our hero doctors, rescuers, utility workers, vendors, drivers and pharmacists come to work even with the threat of fire. Ukrainian IT specialists support the country's digital infrastructure, working on laptops in bomb shelters. It's really something admirable. I believe that after the victory, a window of opportunities from across the world will open up for our country, and our main task will be to use it correctly."

In addition, Banda has issued an open call for creative work on the subject of courage via the hashtag #braveukraine. It will post submissions in the near future. 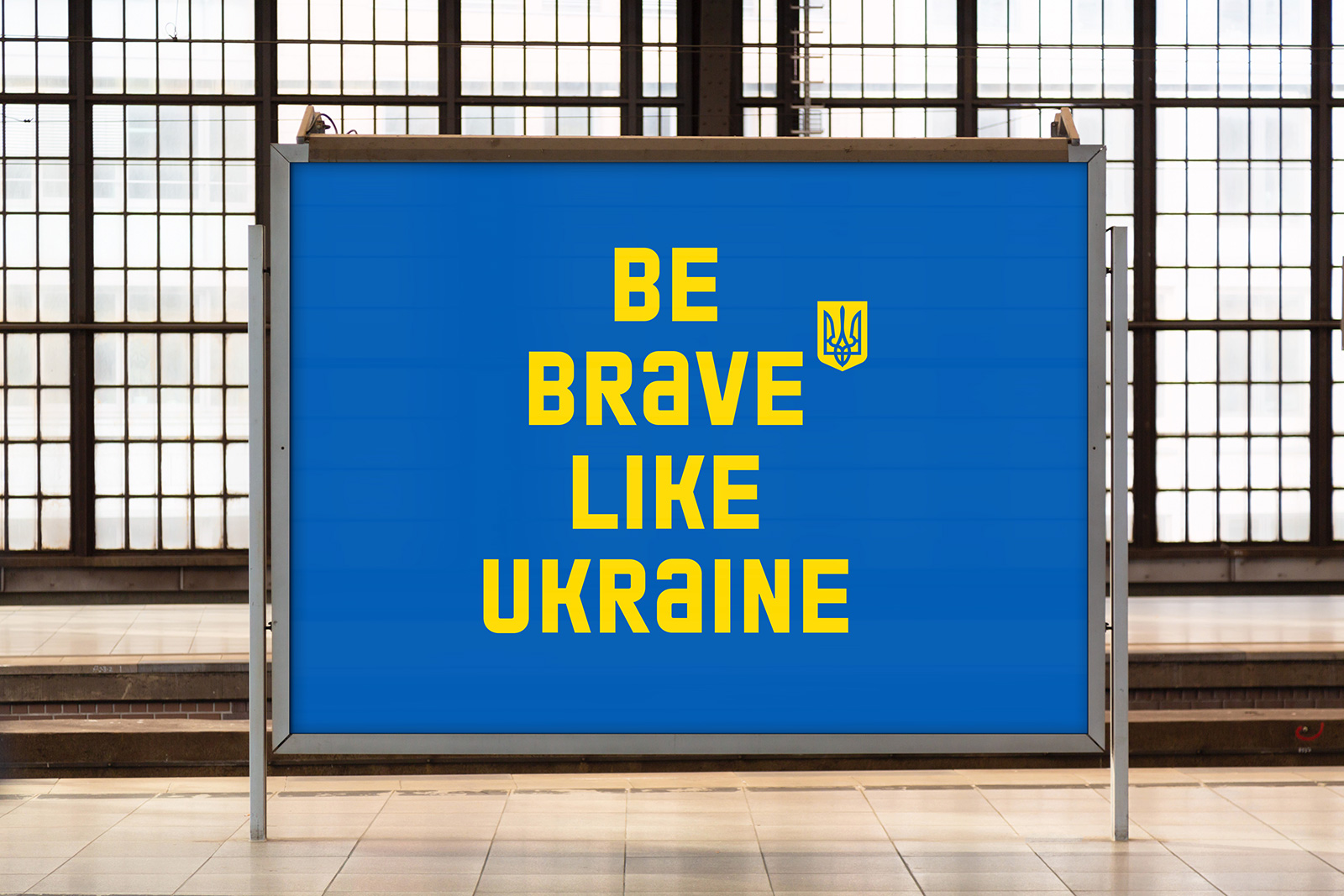 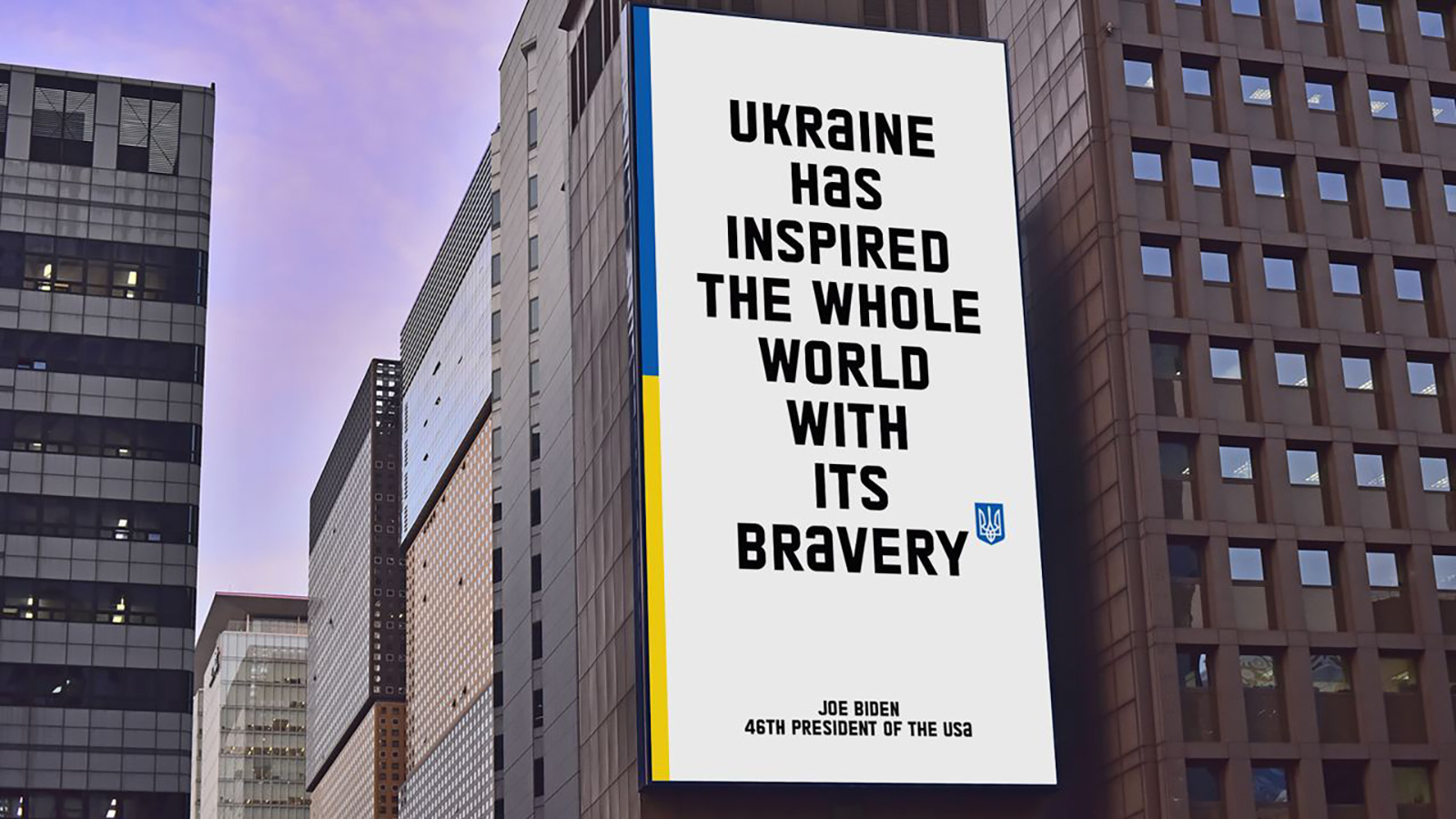 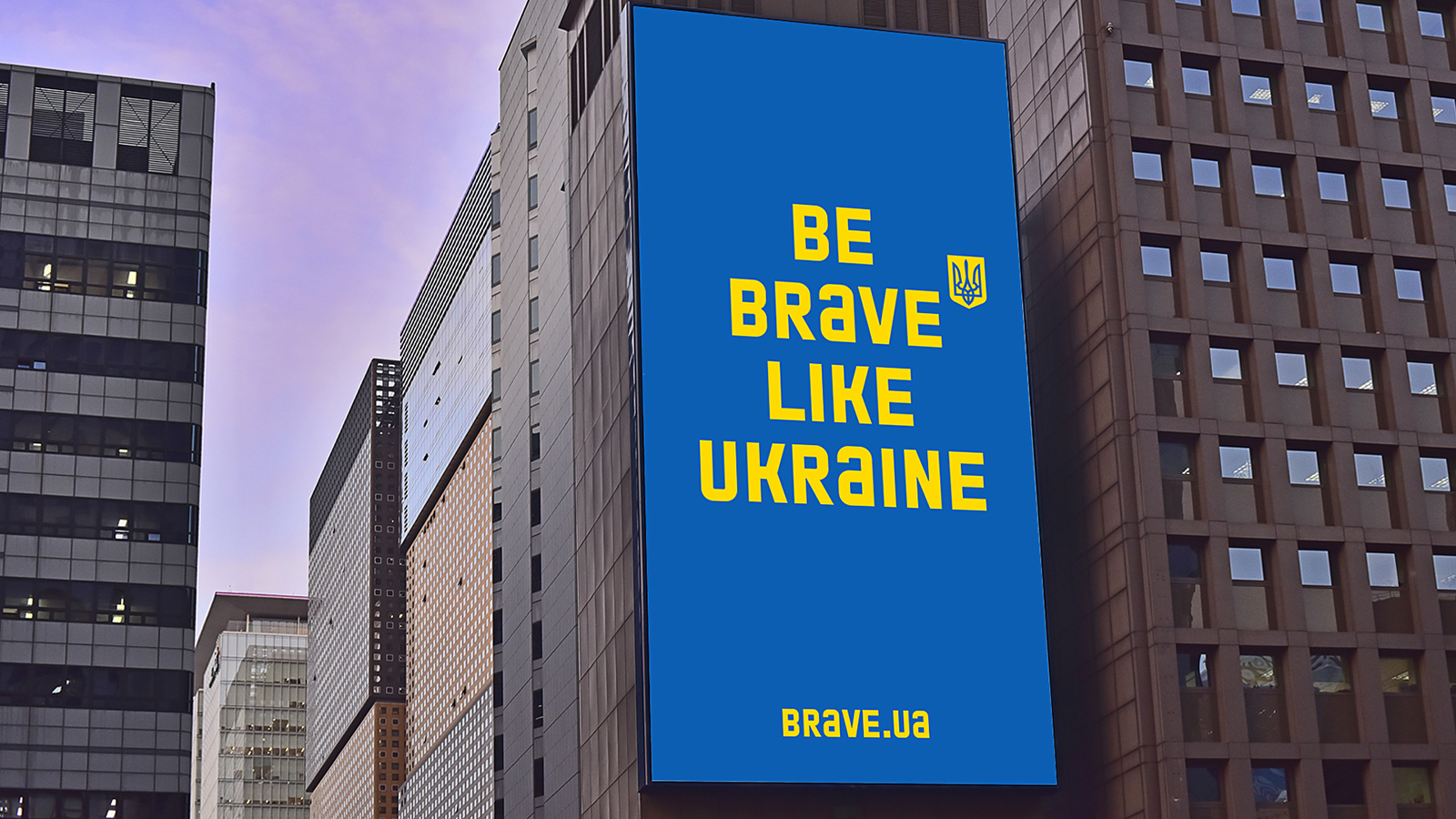 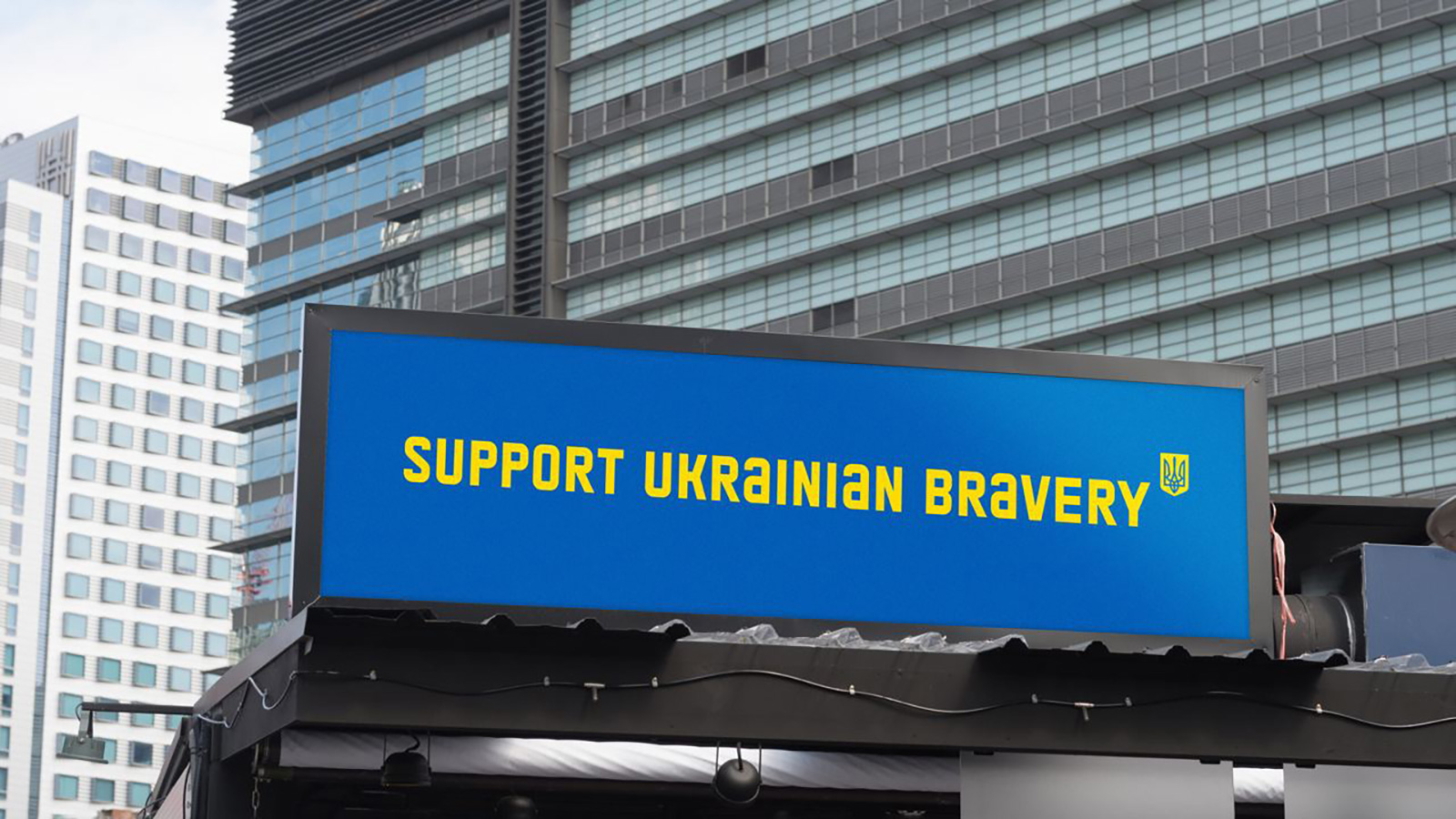 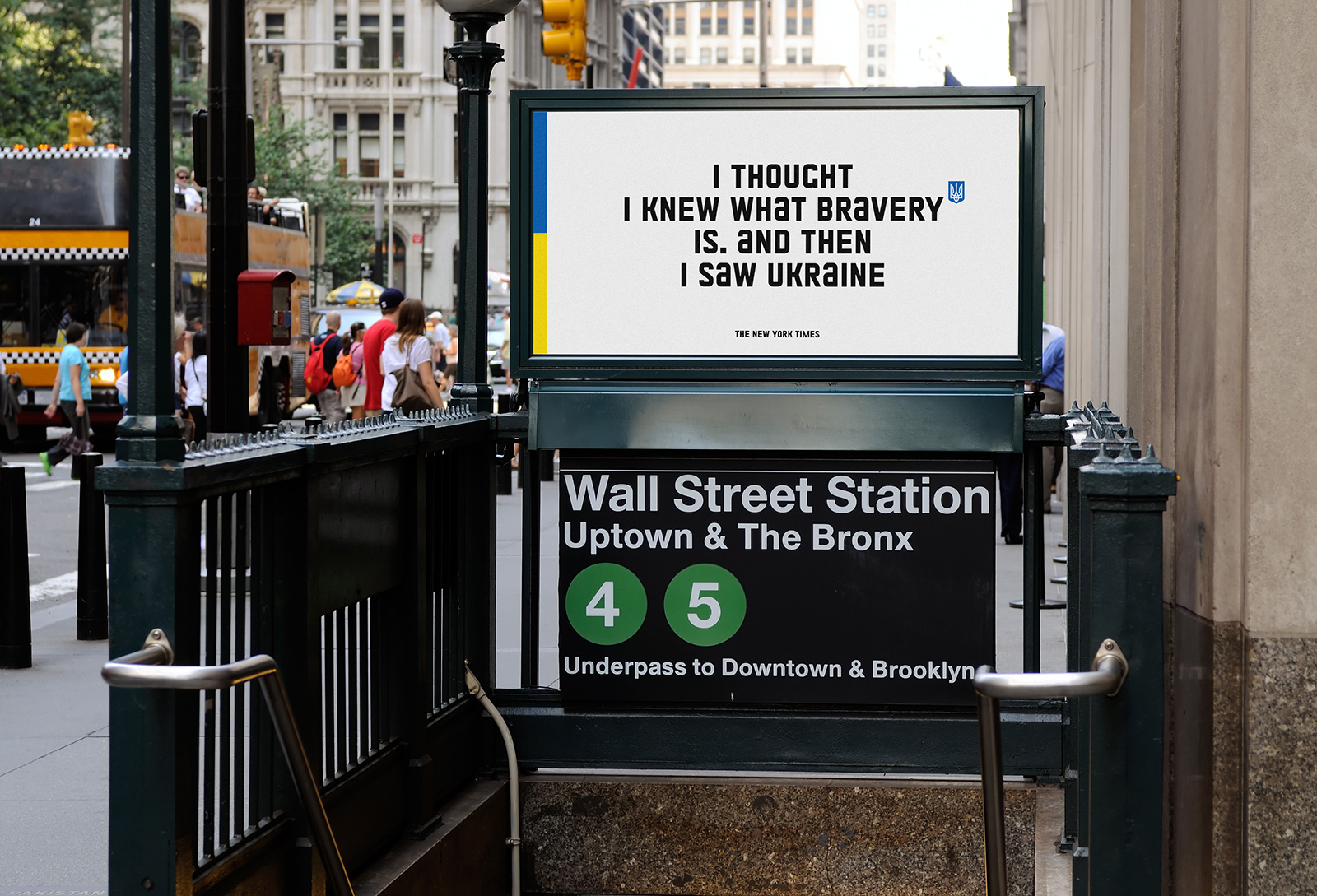 "It was important for us to focus on a message that would have maximum efficacy now and in the future. What will resonate better, what will give us strength, and raise morale? With no doubt it is Ukrainian Bravery," says agency co-founder Pavel Vrzheshch. "There will be no freedom without it ... The bravery of military men, the bravery of ordinary people, of our cities. There are no countries that are ready to fight against Russia, but Ukraine is fighting, and we're doing it successfully. The whole world admires Ukrainian Bravery now. We must consolidate this notion and have it represent Ukraine forever. This is our DNA, our national resource."

In the conflict's early days, the agency staffers—some still in Kyiv, others scattered across Ukraine and Europe—made a pair of short videos about their lives on the front lines: