These Hateful Ads Lasted Just 20 Minutes Outdoors, but That Was Enough

Every 23 seconds, someone posts a homophobic remark online. Such comments can stay live for years, festering like boils, emboldening others to spew even more ignorance and hate.

LGBTQ+ advocacy group Emergence Foundation and ad shop Rethink devised a plan to print some of these malignant messages on eye-catching posters and place them on busy streets in downtown Montreal. They hoped to galvanize the public into flagging hate-speech online and reporting it as inappropriate.

The team expected to stir up some controversy, but the intensity and speed of the response caught them off guard.

"Brutal Postings," plastered in two highly-trafficked locations, drew fierce condemnation from passersby before the paste had time to dry. The video below shows police arriving on the scene, demanding that Rethink staffers take the posters down:

Rendered in English and French, the signs reproduced lines such as, "You faggots all deserve to die," "Trans is a mental illness" and "Marriage should be between a woman and a man. Burn in hell." They appeared in the wild for about 20 minutes on April 25, in advance of the International Day Against Homophobia and Transphobia on May 17.

Here's a gallery of the posters: 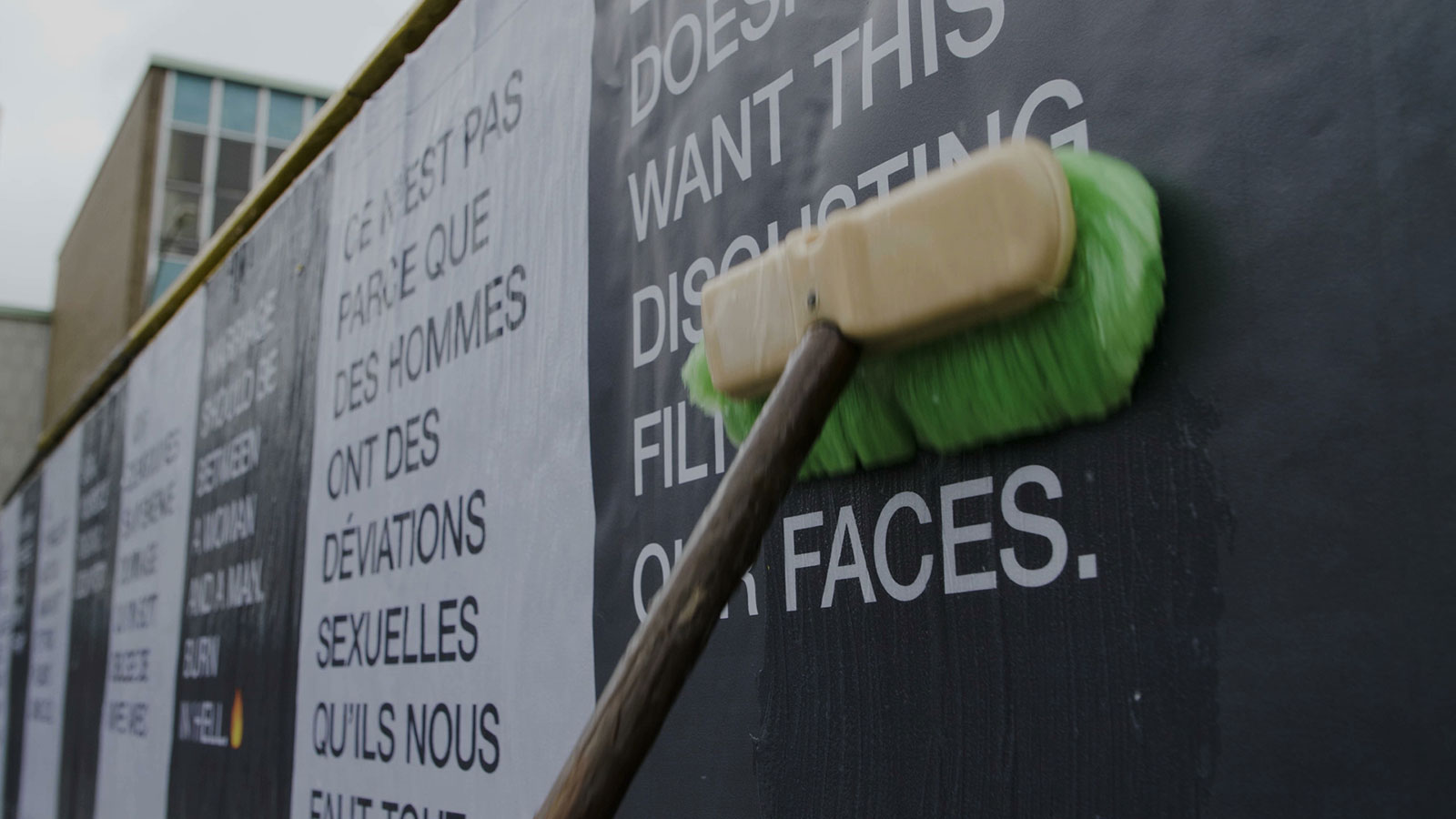 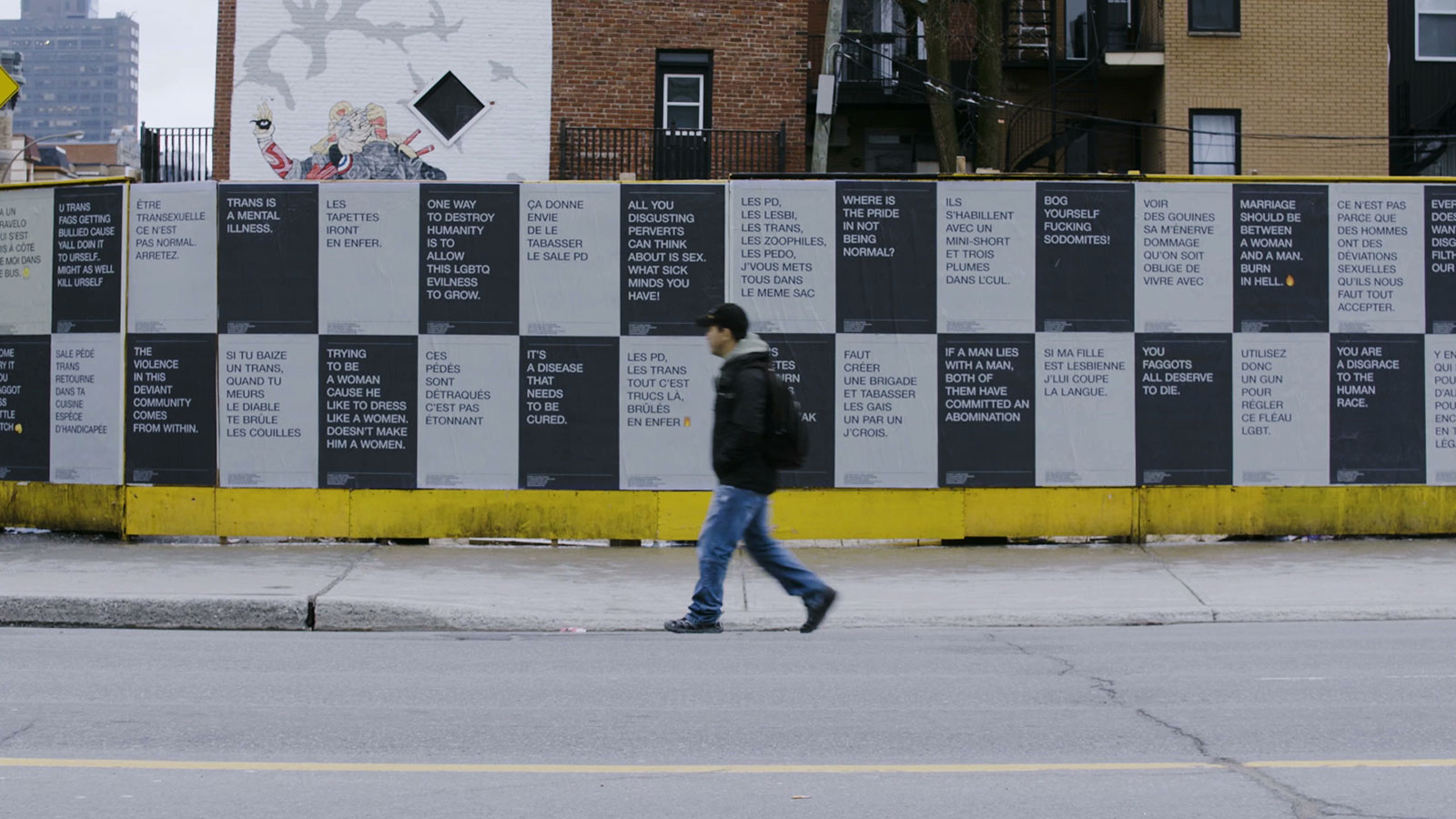 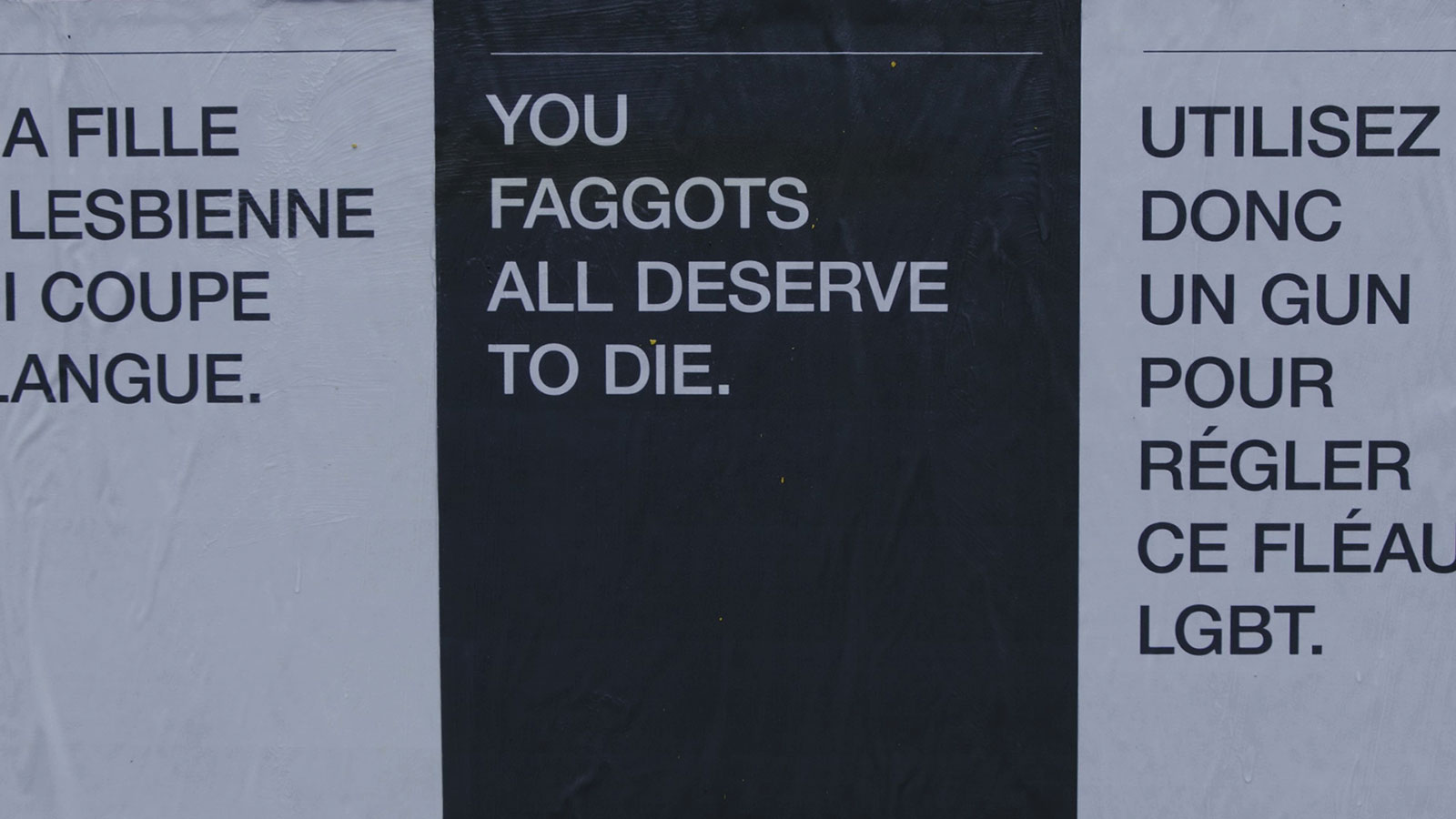 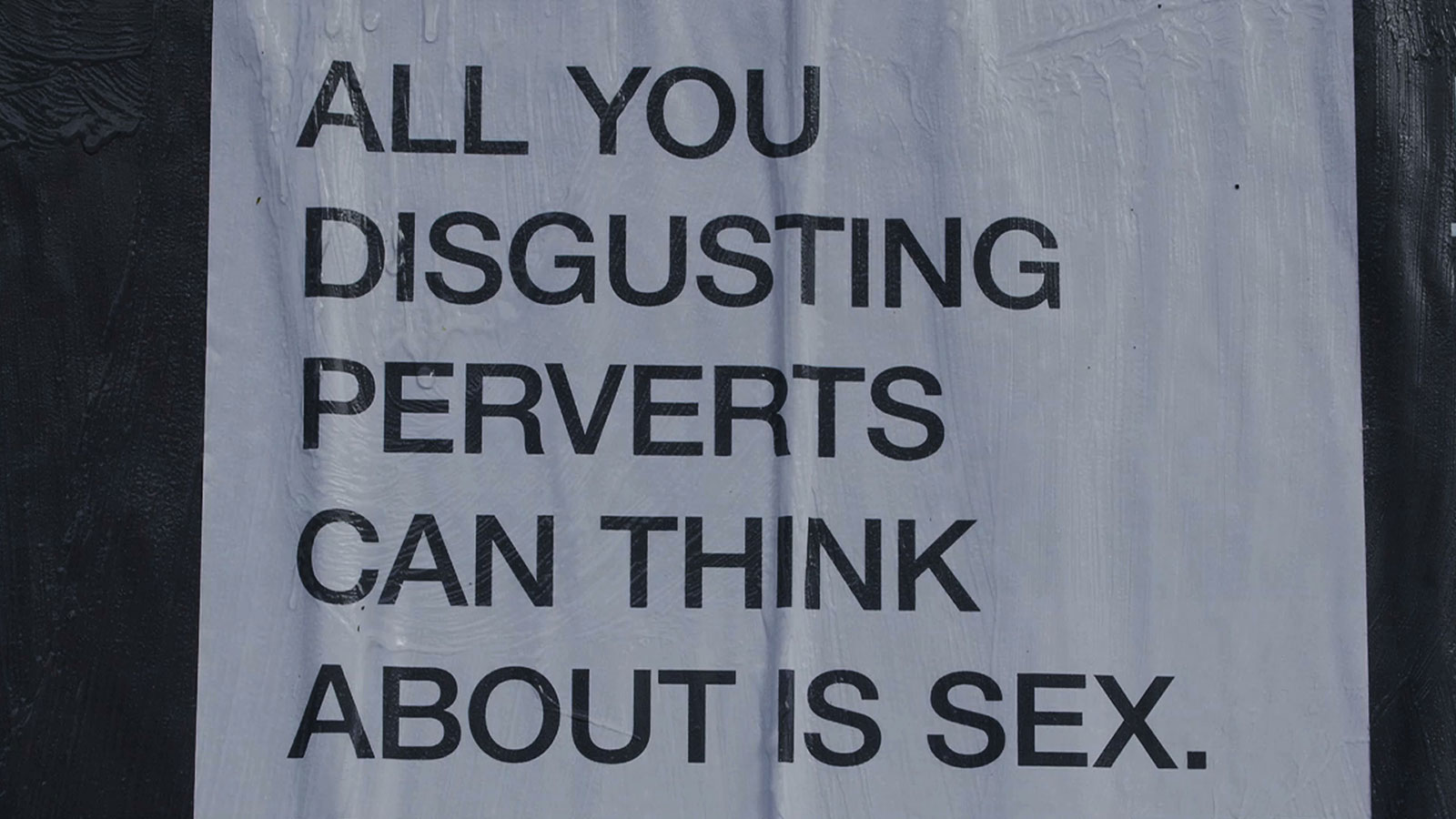 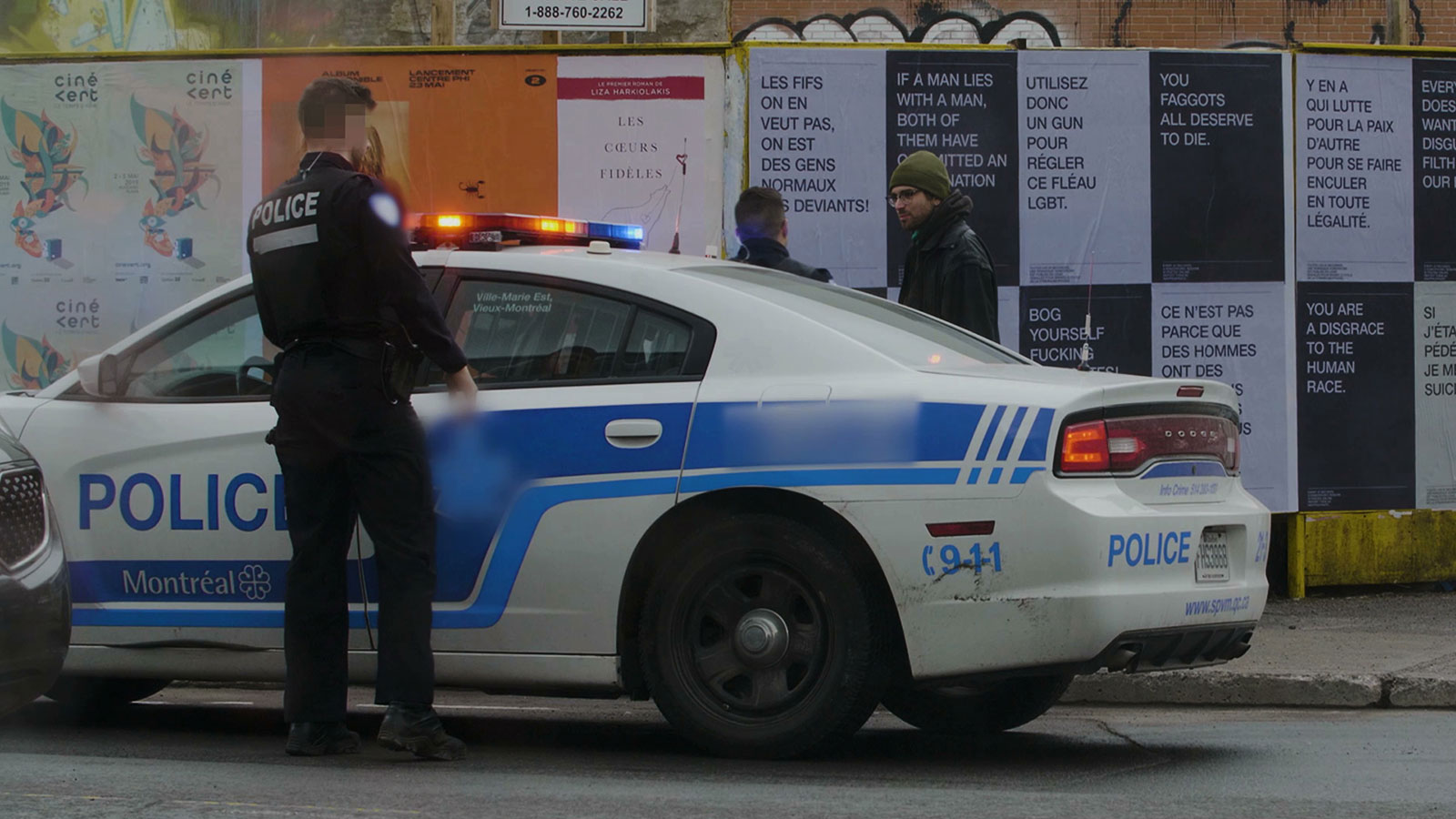 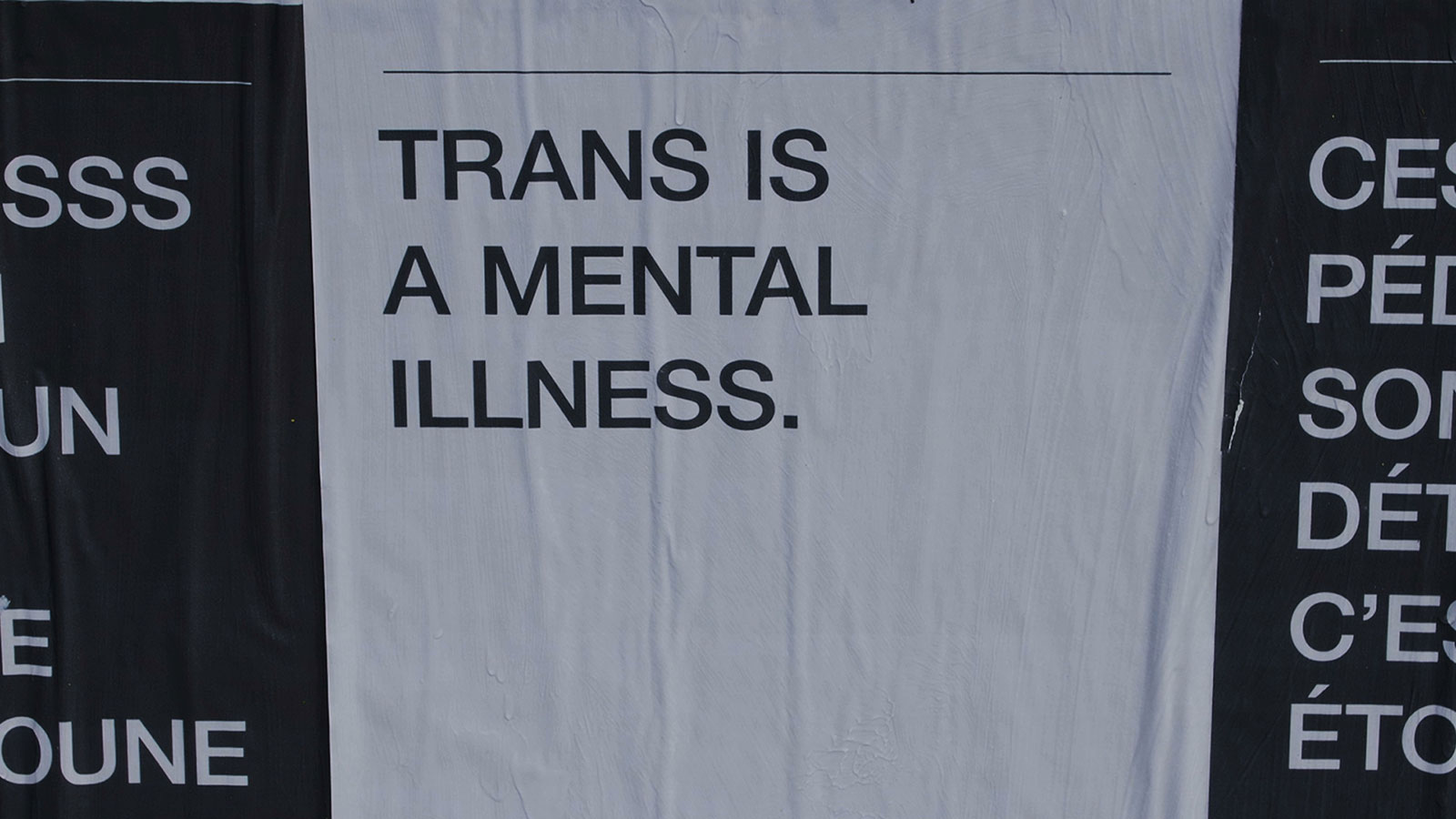 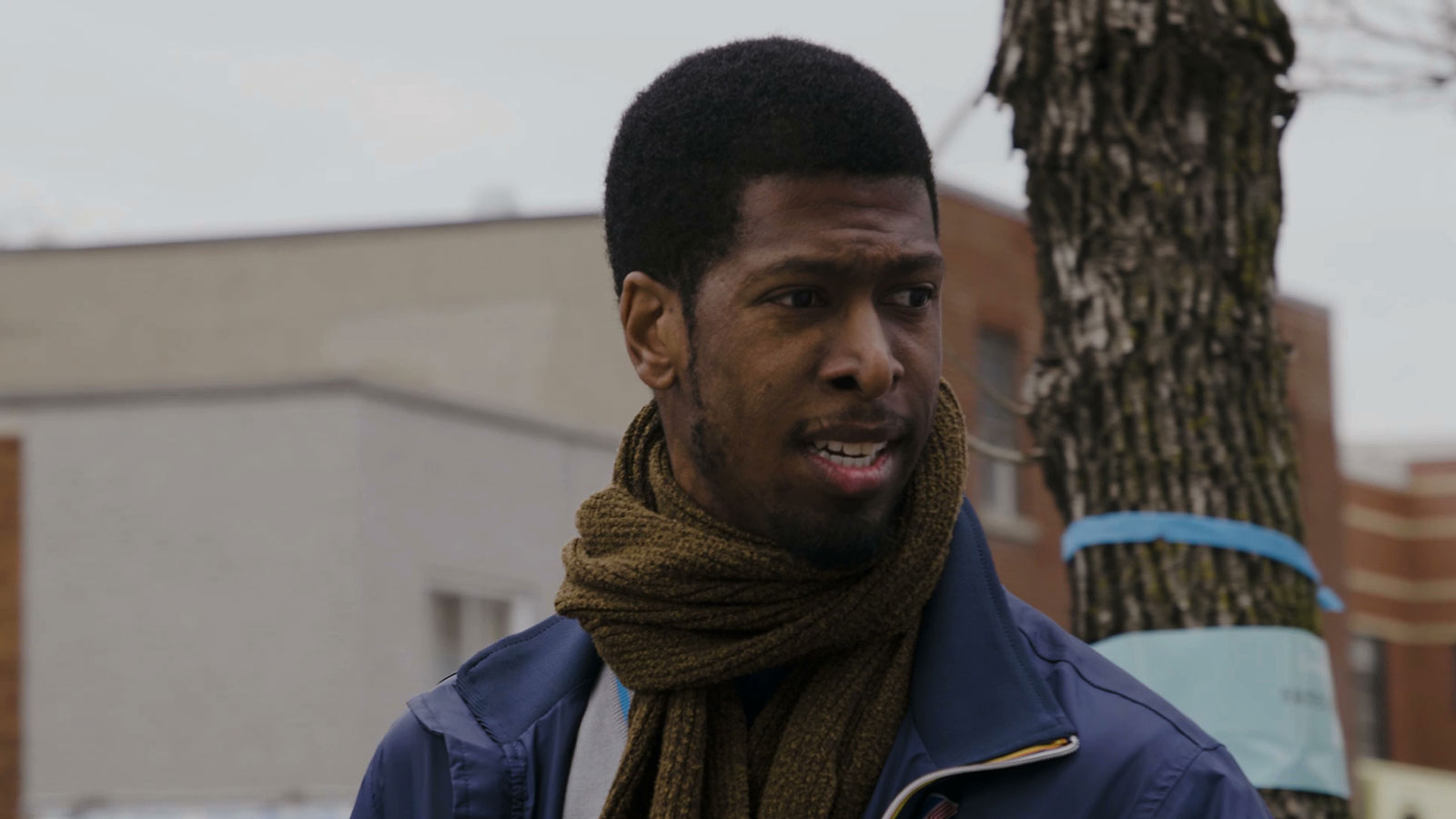 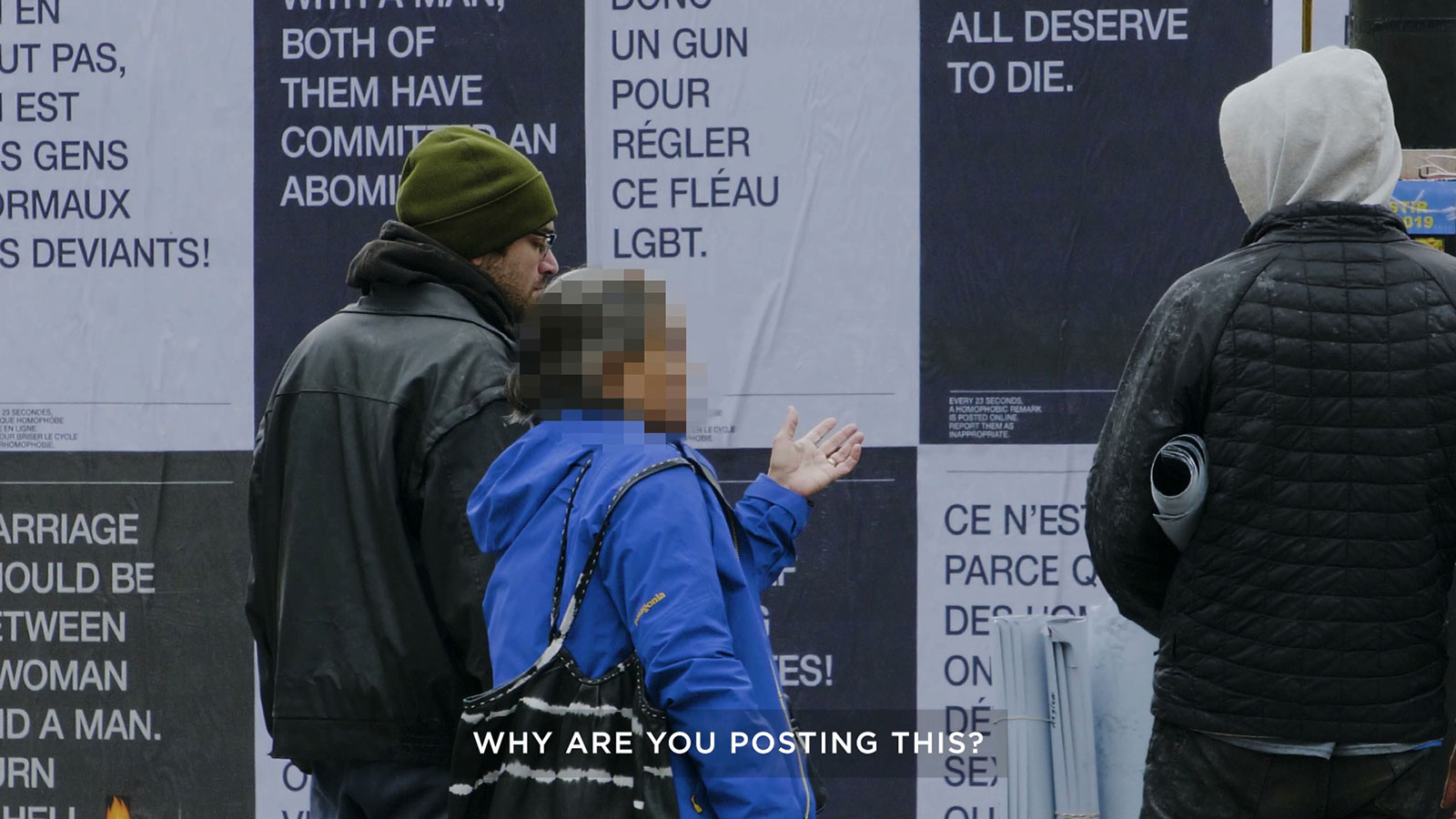 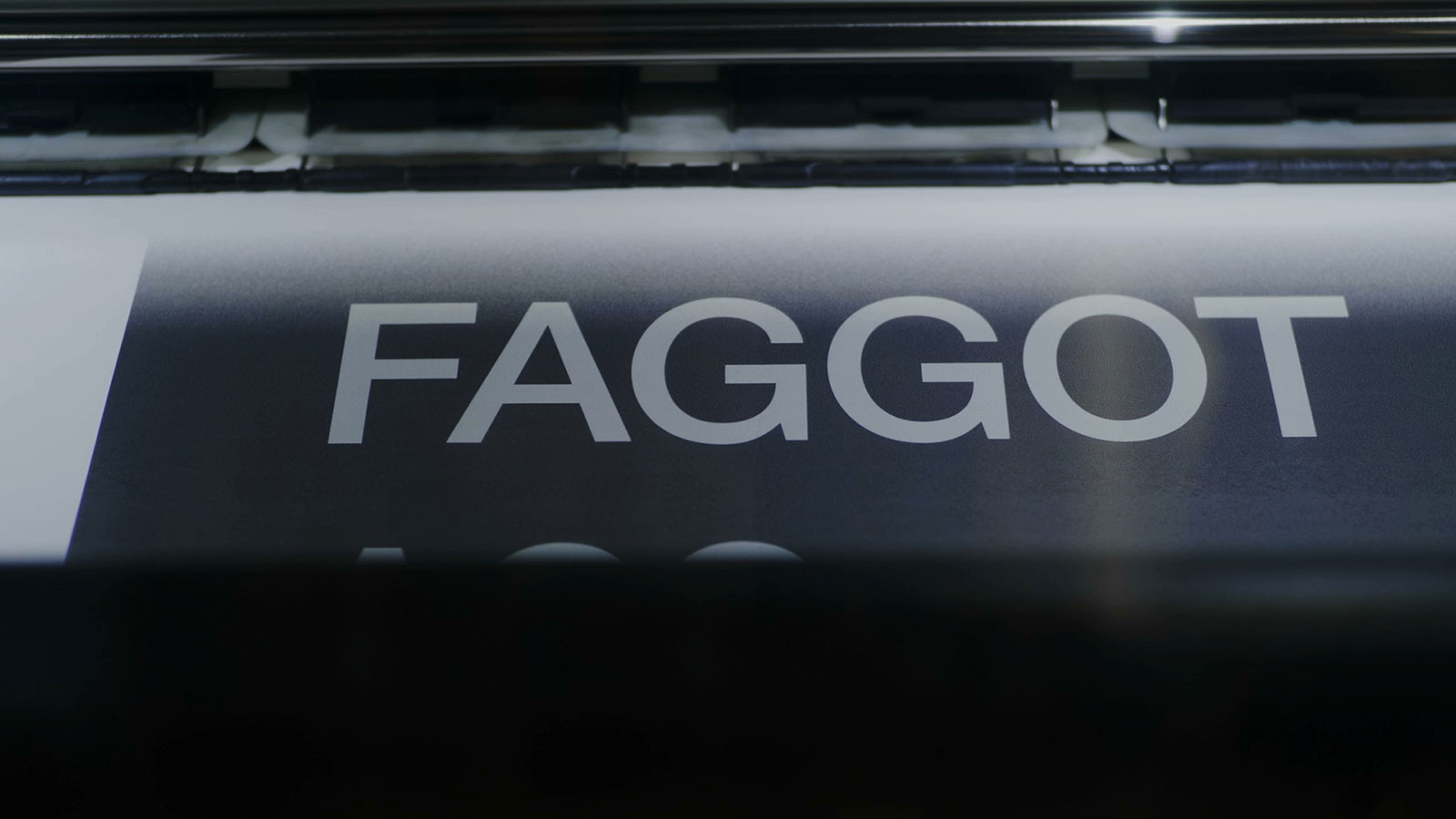 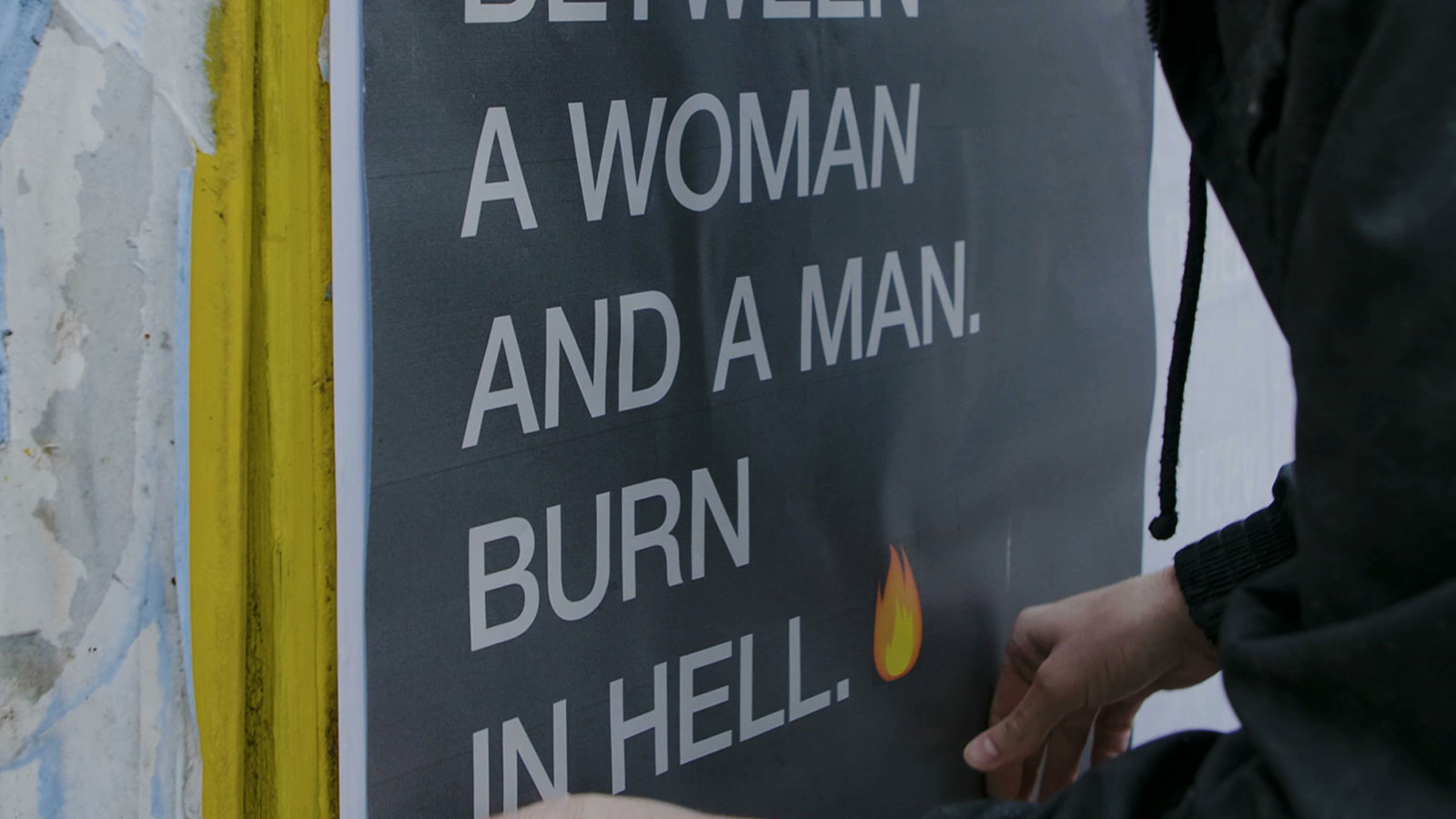 "We hadn't even finished putting up all the posters on the first palisade and the police showed up," Rethink creative director Xavier Blais tells Muse. "Apparently, six or seven calls had already been made by people passing by in their cars."

Understandably, some onlookers mistook the installation for an actual act of hatred rather than a social-issues campaign harnessing trigger phrases to make its point.

"A photojournalist from La Presse started filming with his phone in social-justice-warrior mode, and we had to calm him down and explain," says Blais. "All in all, we knew we were going to get some reactions, but they were far more visceral than we expected. And that's kind of reassuring, in a way."

Media coverage helped generate considerable buzz, with video views across all platforms, including news sites, nearing 1.5 million in less than a week.

"A whole lot of notable local celebrities shared the video, including the mayor of Montreal and the Ministry of Justice," Blais says. "We hear it will be used in materials in schools. People from the BBC have reached out today. With the kind of budgets we have, it's highly unexpected. And with the response we had, we'll most likely do a second push for Pride Month, which starts June 1."