So many paint colors are named after elements of the natural world. But with the natural world threatened by pollution, climate change and other environmental disasters, how should paint brands respond?

Sinteplast, a top paint brand in Argentina, did so cleverly with a print campaign from VMLY&R in Buenos Aires.

The campaign, for an eco-friendly paint line, is called "Save the Colors of Nature." Three print ads show scenes of nature—but with environmental damage changing once-pristine colors like Ocean Blue, Forest Green and Sky Blue. 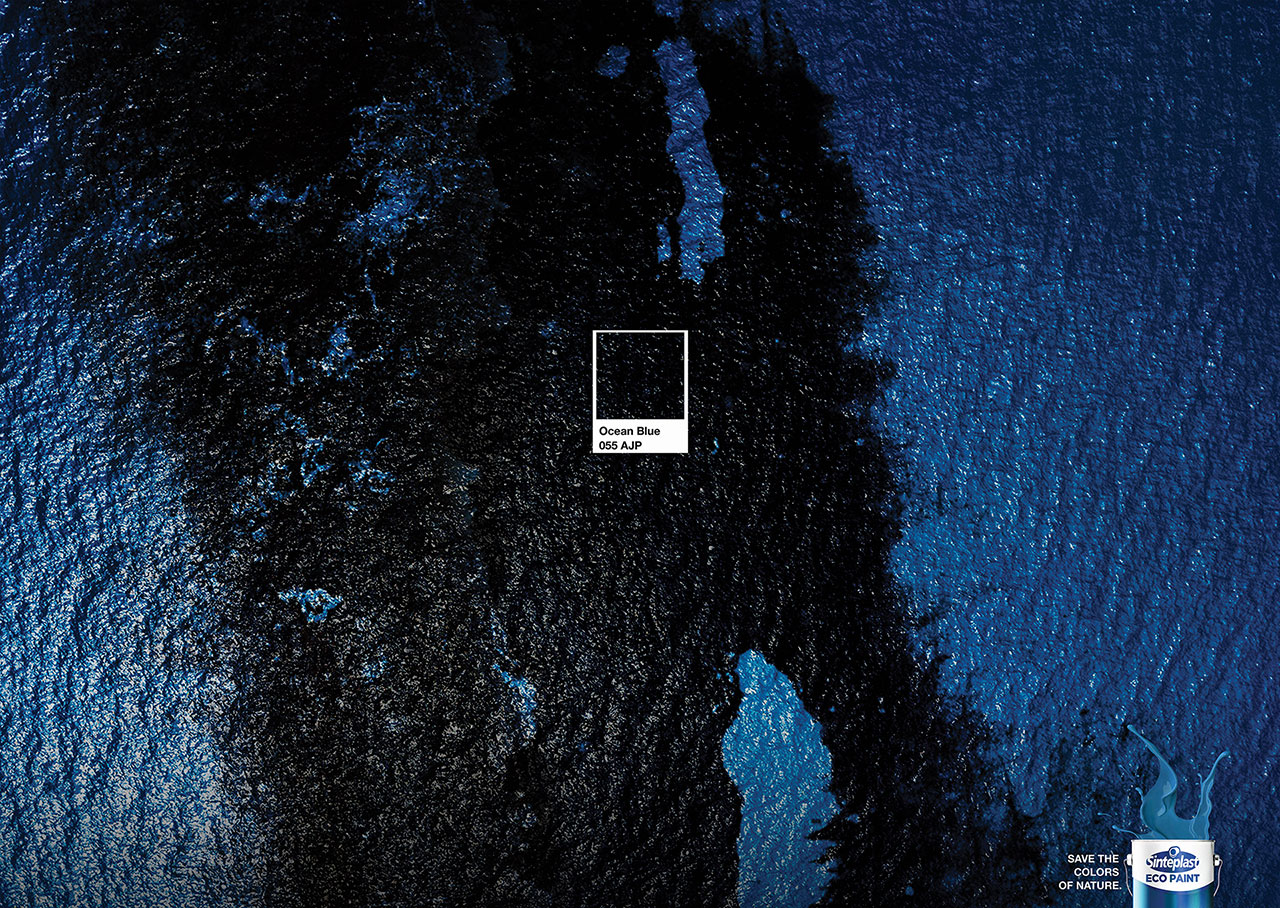 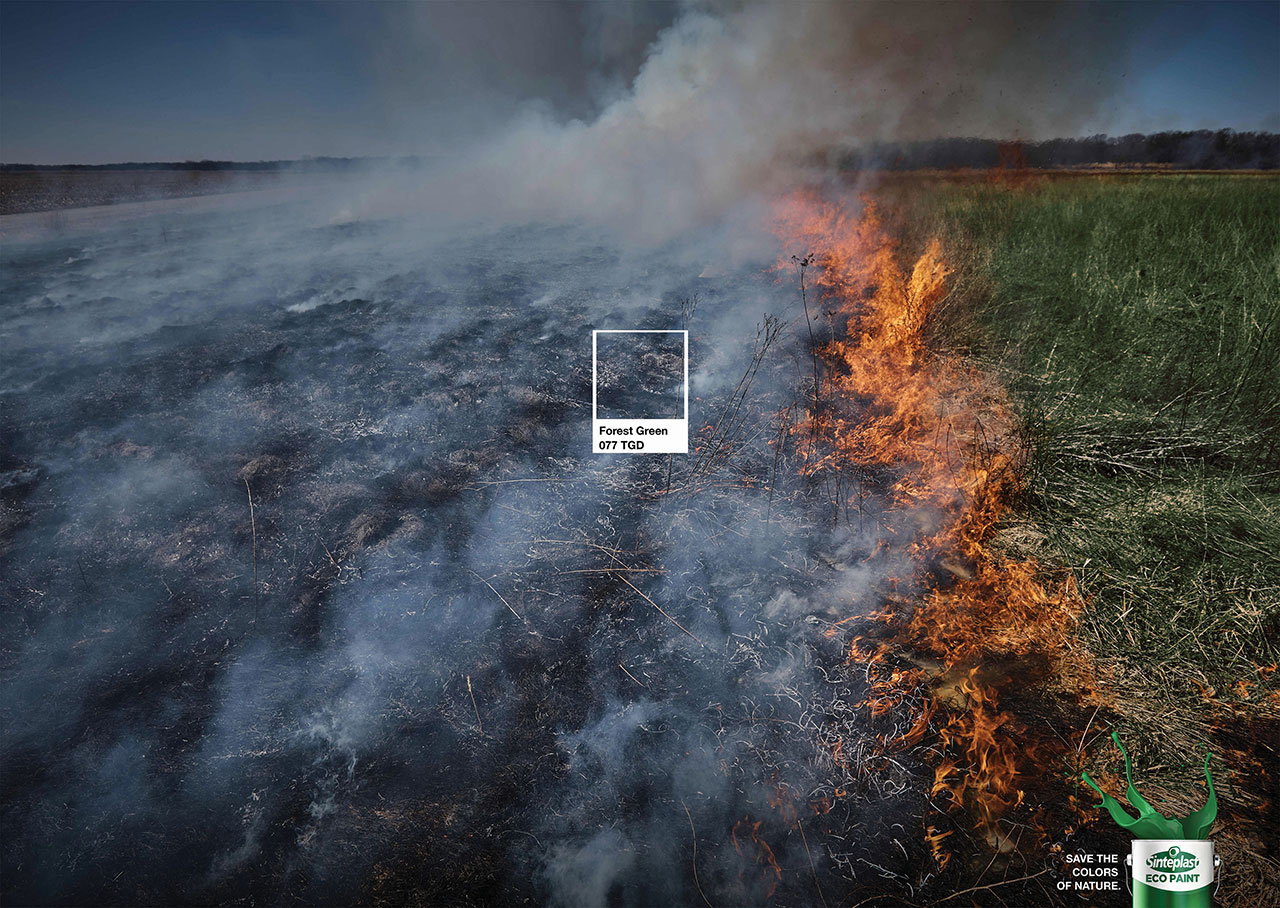 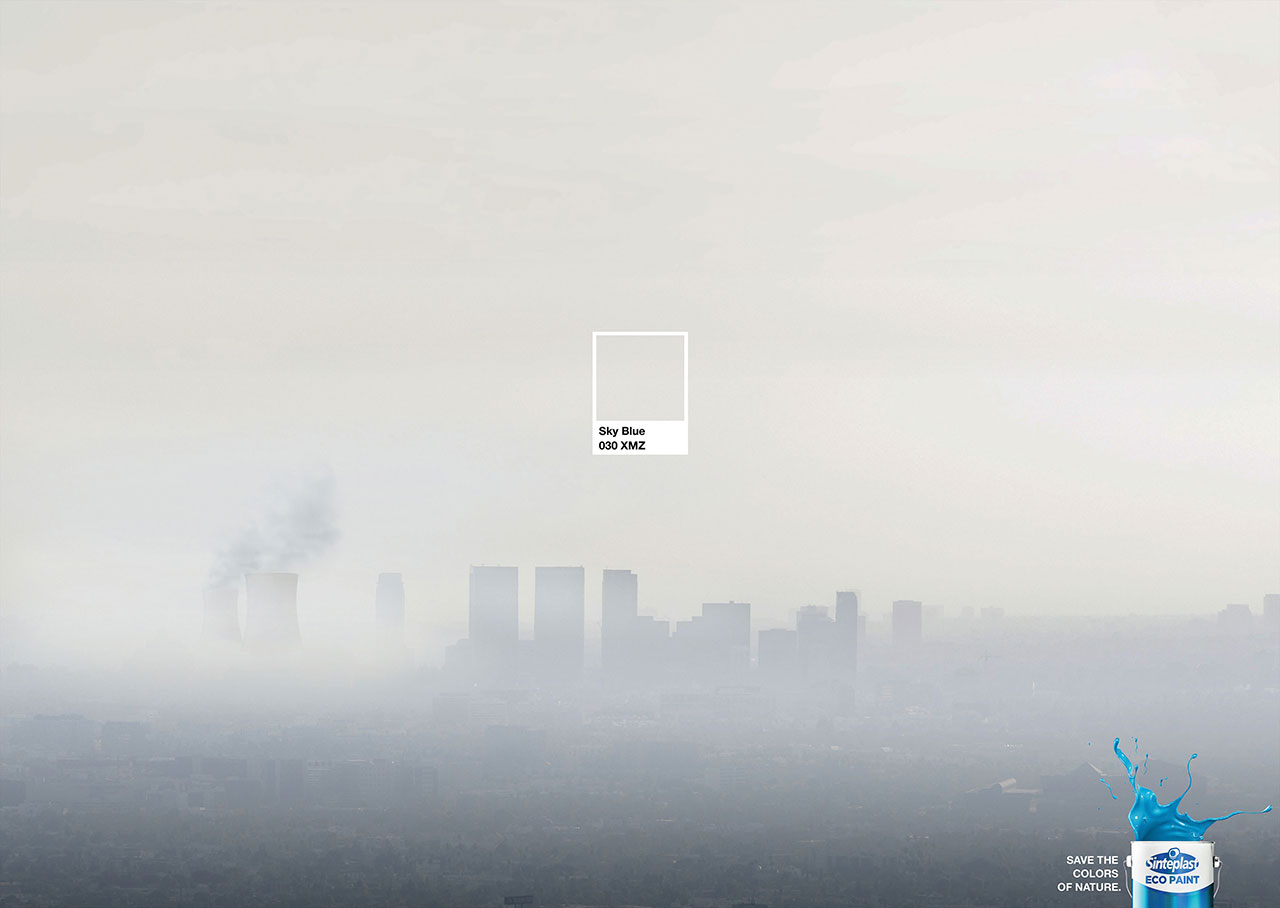 The young creative team of art director Gabriela Hidalgo and copywriter Tatiana Dobosz came up with the concept. It's not entirely original—a couple of DDB Chicago creatives did something similar around Living Coral when it was named Pantone's Color of the Year last year. But the Sinteplast work is beautifully realized and works perfectly with the tagline.

Hidalgo tells Muse that they used stock images, retouched to show the impact of pollution in different environments. "If we don't do something about it, in the future the sky blue, as we know it, is not going to be as blue," she says.