Talk about airing your dirty laundry 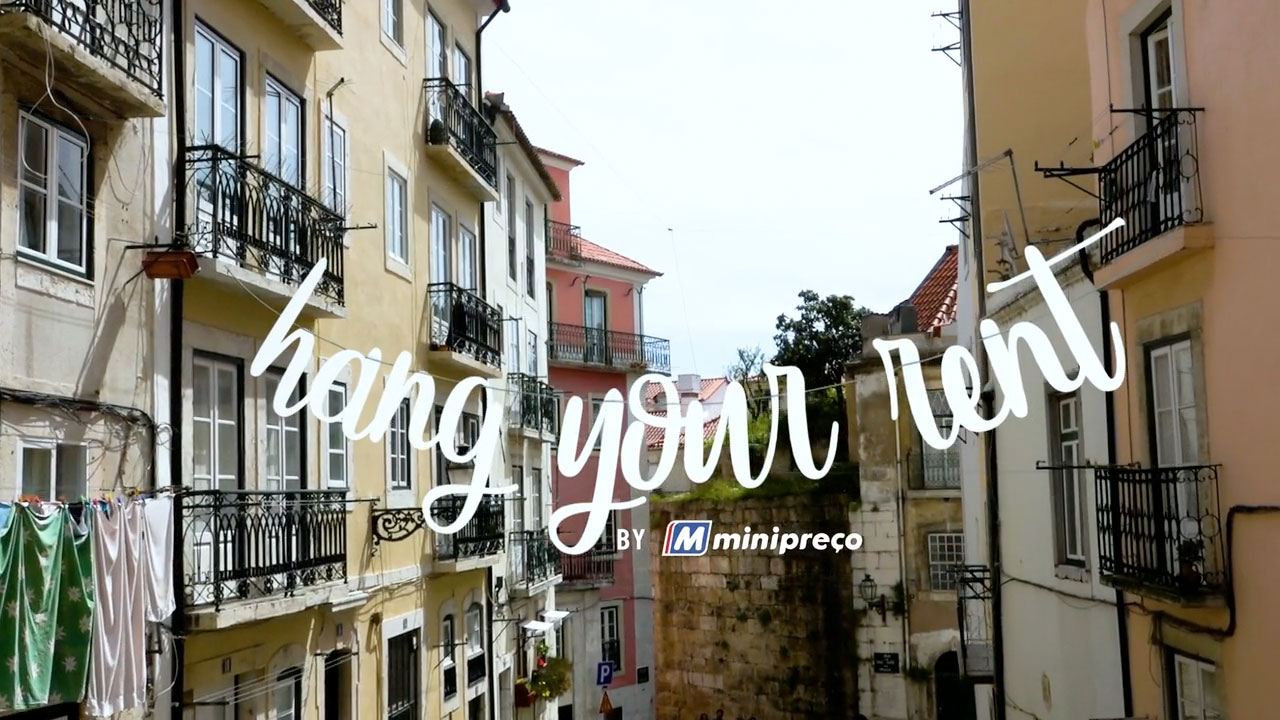 Lisbon, like many major cities, has been overrun by Airbnbs in the last few years, pushing residents out of the city center. In four years, the number of Airbnbs rose 4,000 percent, raising rent prices by over 40 percent.

A local supermarket, Minipreço, part of the Dia Group, saw this as a chance to put its tagline, "Always by your side, at the best prices," to use. It got together with Nossa Portugal, and hatched a scheme to help residents of Lisbon's Alfama district pay their bills.

"Hang Your Rent" is an inspired analog out-of-home network, composed entirely of laundry hanging on clotheslines, and replete with custom media formats. Can't spend a ton on local media, but want to make a diffuse impact? There's socks for that. To go big, use a beach towel! All the money generated went straight to the residents.

A local association, the Associação do Património e da População de Alfama (APPA), selected families who could most use the help. Each week, 10 different ones hung Minipreço's most current promotions out to dry over the streets.

"At the end of the month, each family would earn approximately €210 [about $250] for each clothesline—some families had more than one," explains Nossa creative director Nuno Cardoso to Muse. "This may not seem like much, but because we are talking about people who live from small pensions or government aid, in some cases we actually doubled their monthly income."

"Hang Your Rent" generated over 3.6 million impressions and raised 450,000€, or $537,000, in earned media. It appeared across all major Portuguese news network, and received two-minute coverage on the biggest TV channel, TVI. Portugal's largest print firm, Público, devoted a cover story to it in its No. 4 newspaper, Jornal I.

The campaign lasted two and a half months.

"The original plan was to go for at least six, but the idea caused such a stir in the media in Portugal, that the City Council refused to renew our permit," Cardoso added. "Before Covid, and after being denied a permit by the City of Lisbon, we were actually going to continue the campaign in downtown Oporto, the second biggest city in Portugal, that had the same problem (gentrification) and the same architecture with clotheslines."

There's a legitimate argument to be made that our landscapes and lives are choked with advertising that is mostly ugly and distracting, representing a kind of modern and unavoidable mental pollution. An oft-used example of this sentiment is São Paulo's decision in 2007 to ban billboards, digital signs and even bus advertising, part of what it called the "Clean City Law." Its enactment not only changed the appearance (and experience) of the city; it reduced the amount of electricity used for external lighting.

But "Hang Your Rent" conveys another side of what advertising can do: underwrite meaningful community change that isn't always negative, while reinforcing the responsibility local brands have to the people who keep them afloat.

Though the effort couldn't continue, Lisbon's mayor, Fernando Medina, did take the cue to ease the strain on rents.

Pressured by outcry over rising rent costs, "the mayor promised to set a limit on the number of Airbnbs that were allowed by building and by neighborhood, and to create 'low rent' programs," says Cardoso. "He did keep his promises, but I think the Covid crisis played a big part. When Covid Airbnbs became empty, the landlords started giving up on them and putting them back on the long-term rental market. With this, the Airbnb quotas imposed were met without much effort from the government, and rents in Lisbon went down 5 percent for the first time in decades."

"Hang Your Rent" has since received the Genius Locci Special Award, a gold in outdoor media, and was nominated for a Grand Prix at the ADC*E Awards 2020. Nossa Portugal was named Portugal's most creative agency in 2020.

As for the clients, Dia/Minipreço and APPA were most satisfied by the response from local residents, adds Cardoso. "During the campaign, Lusa, the Portuguese equivalent of Reuters, sent a news blast titled 'People in Alfama are really happy with the new campaign'."