Stella Connects Neighbors Who Are Total Strangers for the Holidays

A (Mr. Rogers-themed!) Pew study finds that 31 percent of Americans don't know the people who live nearest them; for those under age 30, that number drops to less than a quarter (21 percent).

Stella Artois decided to fix that for the holidays. With filmmaker Tatia Pilieva, it's created "Stella Neighbors," a social experiment film where neighbors who have never met are paired up.

Each set of neighbors are seated on a couch before a table with some chalices, snacks and two bottles of Stella, these last cradled in a delightfully tacky tiny sweater. (We're not against this; primed by Mr. Rogers, we're even all for it. The holidays are the only time you can go full wet-fish in thick sheepy wools. Also, that little "Moments Worth Making" inscription on the beer opener breast-pocket is so earnest it hurts our faces.)

The pairs orient, get a sense of where each lives. Slowly they get to know each other; some joke about how they intentionally avoid people in the hall. By the end there's tears, hand-holding and karaoke plans.

It's a warmy spot that resembles Pilieva's previous brand work. Lufthansa's "Say Yes to the World," from 2018, also featured people, sometimes in pairs and sometimes strangers, bonding in Lufthansa airline seats. SoFi's "Strangers Talk Money," from earlier this year, is exactly what it sounds like. And of course, Pilieva also made "First Kiss," a megaviral smash, for fashion brand Wren back in 2014.

Each is shot to make you feel like the people around you are treasures waiting to be opened; there's a breathtaking sense that such simple interactions can yield untold wisdom, friends for life who see the best in you.

Back to that cool beer sweater. Americans willing to try clinking chalices with a neighbor can send for a complimentary "Stella Together Holiday Sweater Pack," including a two-piece magnetized beer opener that works only when both parts are combined (though you'll have to buy the beer yourself). 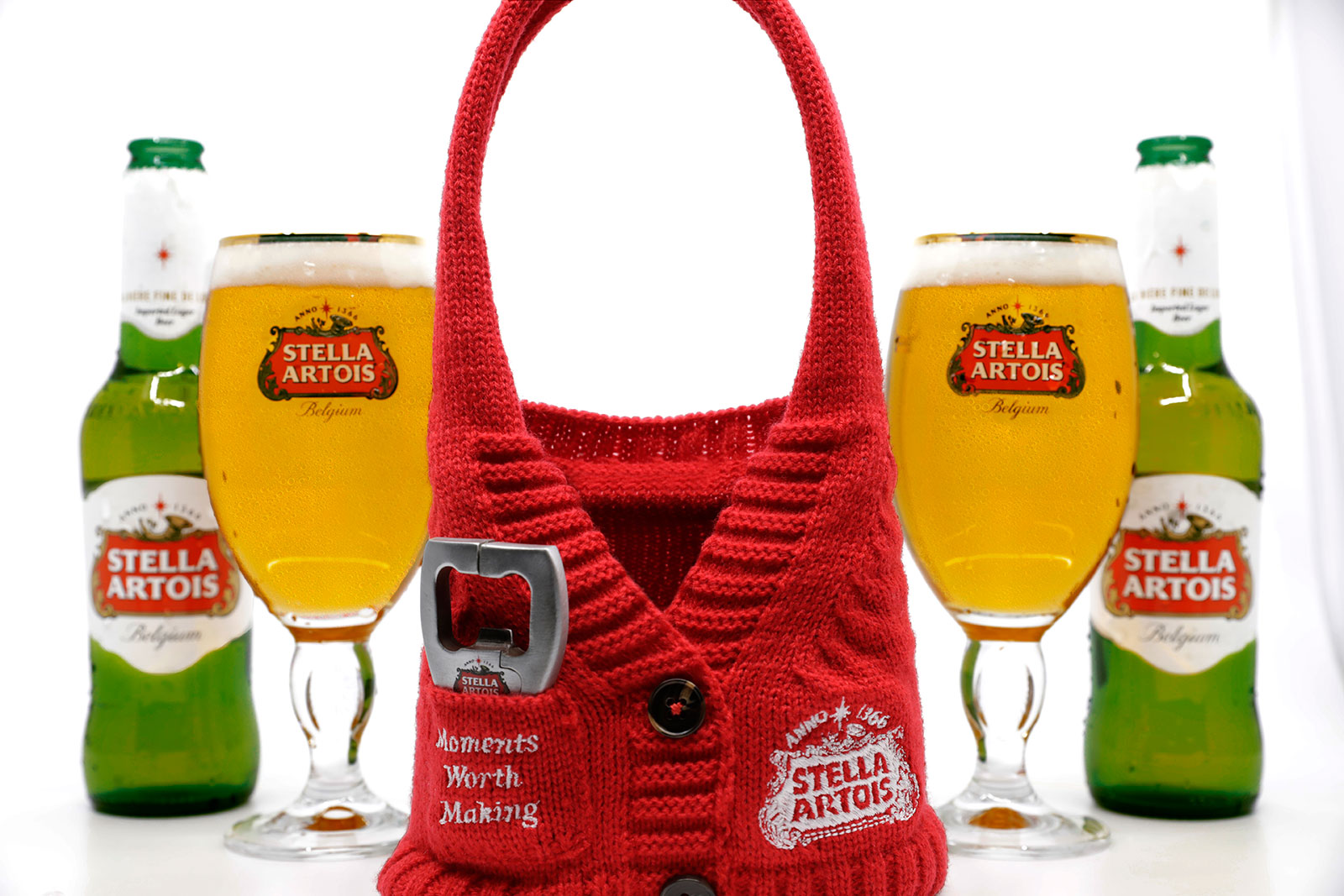 People are also invited to follow @StellaArtois on Instagram and Twitter, and share photos of themselves with neighbors, using hashtags #StellaNeighbors and #Contest. A winner scores a month's supply of holiday Stella … hopefully all draped in their own sweaters, Mr. Rogers-style, but not likely.