What's inside those windows? 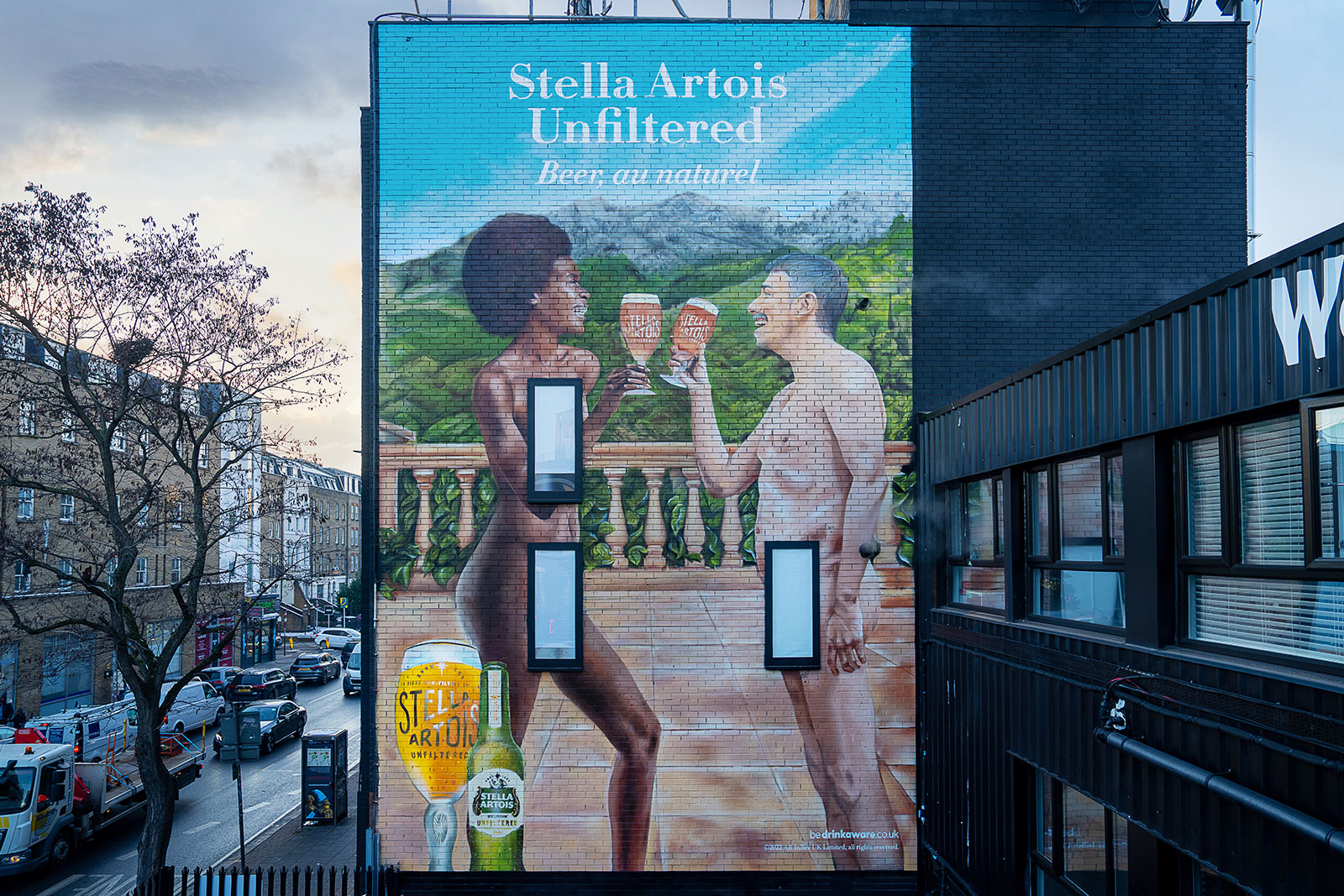 One week into 2023 and the agency is using ideally placed windows for a building mural of naked people drinking Stella Artois Unfiltered—now available on tap.

The cheeky mural took three days to paint, and was ultimately placed in the Hoxton neighborhood, near partnering pubs and restaurants. The mural is also short-lived, for it's coming down this week.

"Our client was keen to continue the playfulness of incidentally covered nudity in higher impact locations, especially in the vicinity of drinking establishments to drive more awareness and talkability around the new launch," says Anthony Montagne and Oli Rimoldi, creatives at Mother London.

"Similarly to how our barman's nudity in the TVC was cleverly obscured by the choreography of passing objects and 'just-in-time' camera angles, the mural artwork is created to position the characters on the wall so that their modesty seems serendipitously concealed by the building's windows."