This Starbucks Ad About Mask-Wearing Deserves Some Muffled Praise 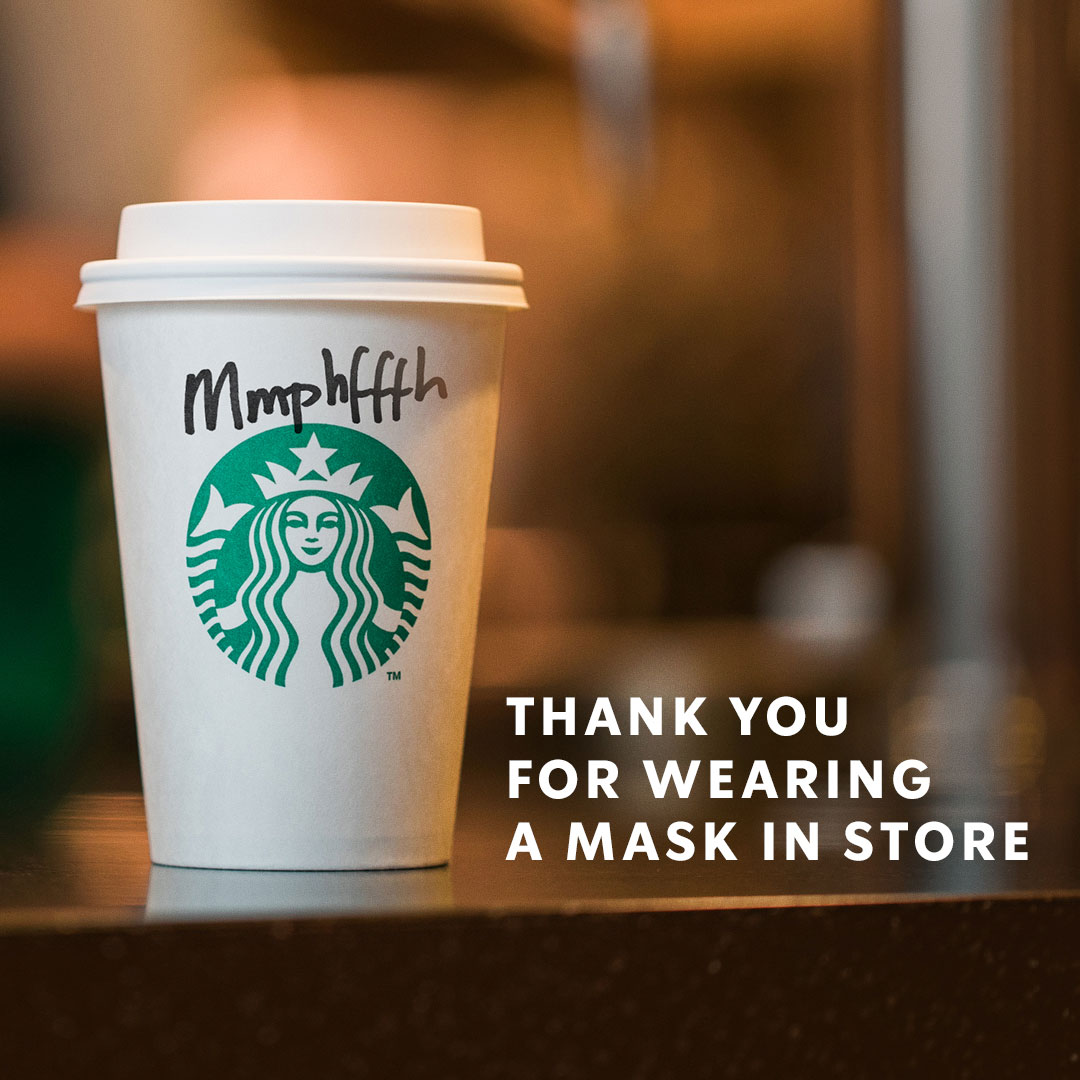 Everything's been so somber during the coronavirus pandemic that even little bits of levity from brands are welcome.

Case in point is this simple Starbucks ad in the U.K. by Iris Worldwide, which was posted to social media. At the risk of killing the joke by talking about it, the execution works so well partly because the stories of Starbucks baristas messing up people's names are such a part of the brand's persona. Thus, there's a bit of sly, self-deprecating quality to the humor—even as it cleverly advocates for socially responsible behavior.

"The mask ad was proactive, rather than in response to a client brief," Eli Vasiliou, the Iris associate creative director who came up with the ad, tells Muse. "With masks becoming mandatory in the U.K. last week in shops and cafes, and mask/no-mask debates raging on social media, we saw an opp for Starbucks—on one hand, positioning mask-wearing as an altruistic act, but also just taking the heat out of the issue."

She goes on: "Names on cups is such a big thing at Starbucks—and it just occurred to me how much trickier life suddenly is for baristas. They've got no chance! That idea made me laugh, so we worked it up as a little social post for Starbucks' Instagram and Facebook. Client loved it and signed it off, and that was that."

And yes, she agrees the timing is right. "It seems to be tickling people," Vasiliou says, "which feels great after all the seriousness in adland over the last few months." 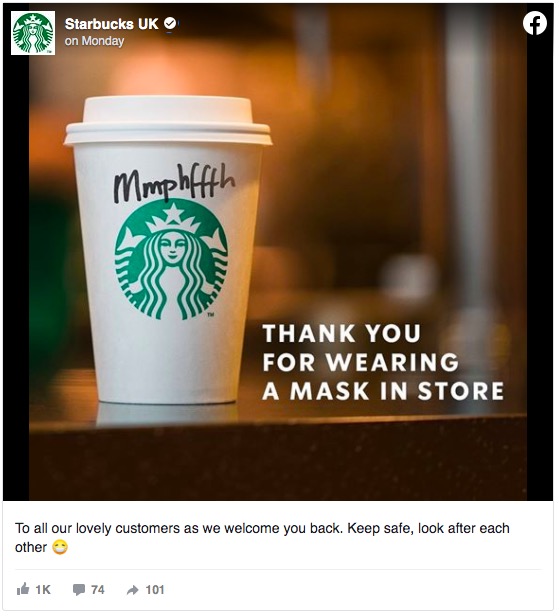