A message of improvement, for one and all

Specialized Bicycles wants everyone to know its Turbo Electric line can help reduce our carbon footprint. And in this case, "everyone" includes the current occupant of 1600 Pennsylvania Avenue.

"Yes, Donald, it's a real issue!" a voiceover says in this entertaining spot, as the White House floats out to sea on an ice-floe:

That's a memorable image and, of course, a cheeky swipe at POTUS 45's many climate-change denials.

Ian Kenny, global marketing lead at Specialized, tells Muse that Trump isn't really the focus here. And strictly speaking, that's true. Developed with Goodby Silverstein & Partners, the work celebrates Turbo e-bikes as game-changers in a world where cycling is on the rise and metropolitan areas repurpose roads in response to commuter and recreational needs in the Covid-19 era.

Still, the jab at Trump really stands out. "We could be making faster action to mitigate the impact of carbon intensive transportation if people like Donald would get their shit together and do something about it," Kenny says.

Planned pre-pandemic, the campaign is "intended for riders new and old. It's meant to communicate the fun and emotion of riding an electric bike, not just the details of the product," he adds.

For example, the print ads below take some unexpected twists, mirroring "the feeling you get when riding a Specialized Turbo e-bike," Kenny says. 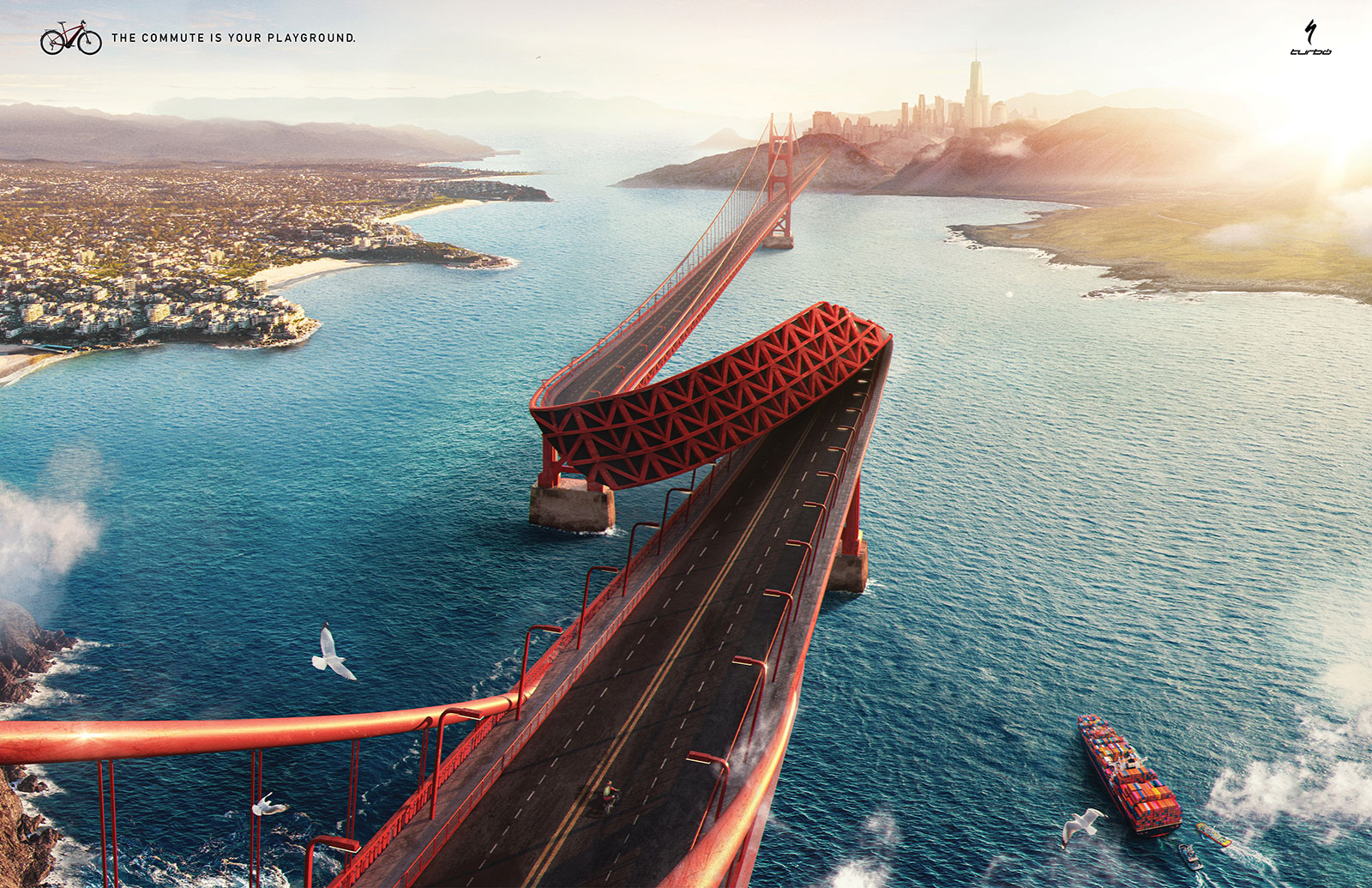 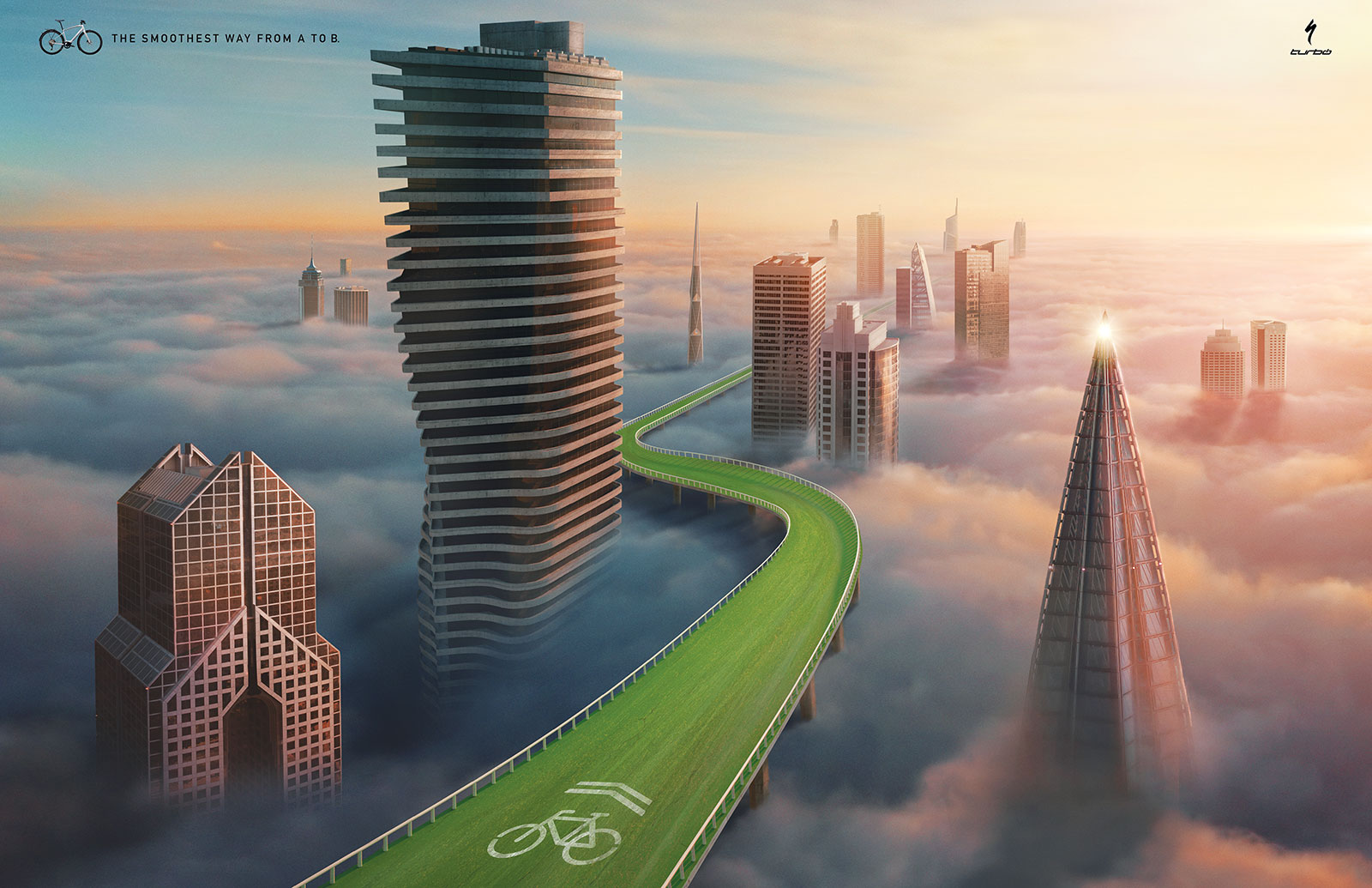 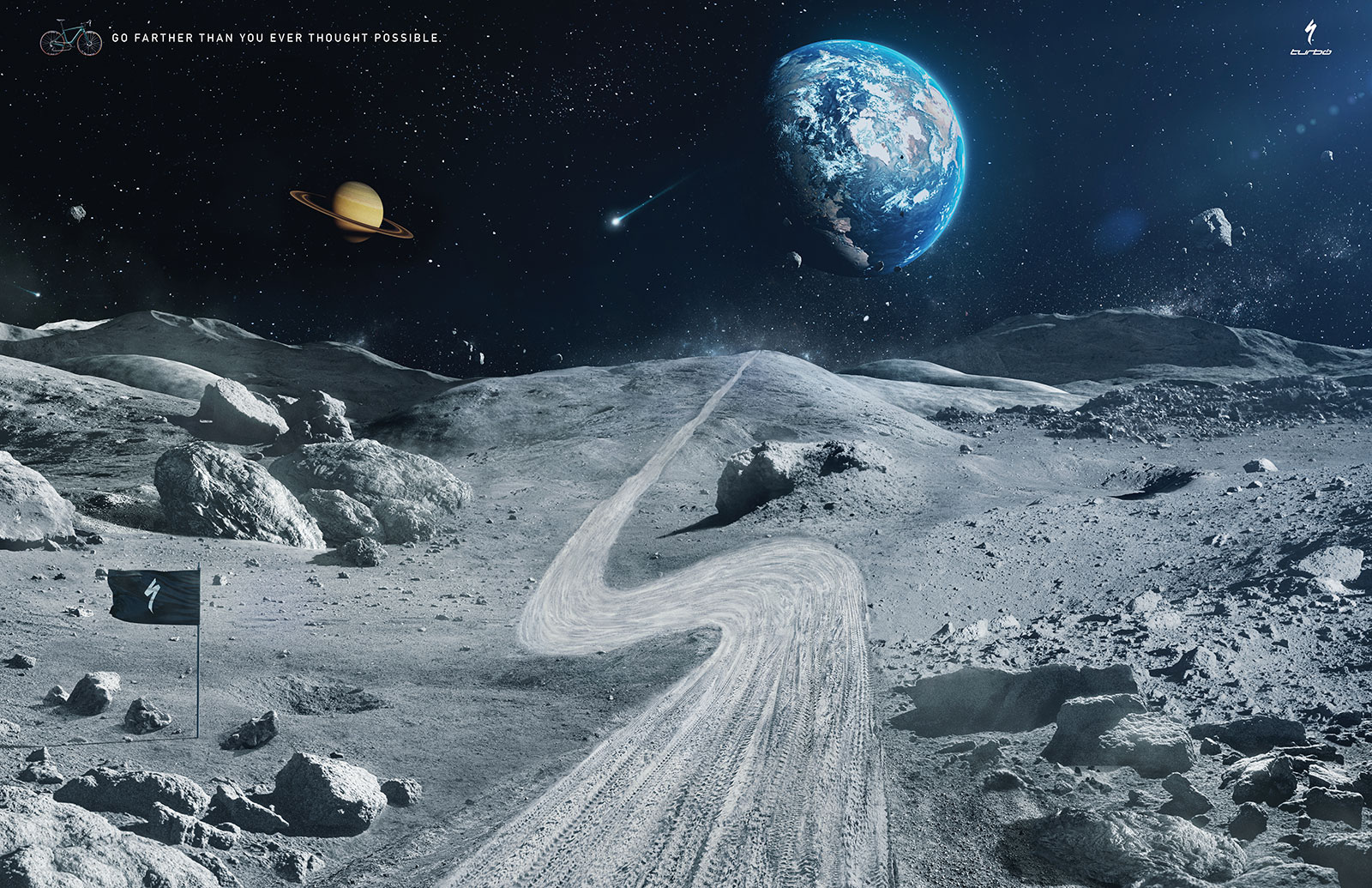 A bike trail on the moon? Maybe Trump can order some Turbos for the Space Force.

Such vehicles amplify the pedaling effort, "making it possible for riders to go further, faster" and enjoy more exercise benefits than they can with conventional cycles, Kenny says.

"Riding a bike more often was a good idea for people and the planet before the pandemic, and the realities of our new normal have made that even more apparent," he says. "In addition to providing the cognitive and emotional benefits that we already know well as riders, the bike is replacing the car for many short-distance trips, unhindered by traffic, the search for parking, costly monthly payments, and the need to be in close physical proximity to others."