Distraction is a serious problem of modern life (no really, that's even the headline). But in Droga5 London's new, darkly amusing global campaign for Setapp, it leads to appalling lifelong consequences.

Setapp is a subscription service, where users pay $9.99 a month for access to almost 200 creative, productivity and maintenance apps for Macs, iPhones and iPads to help users complete any task. The new ads emphasize the productivity benefit, using absurd scenarios that dramatize the dangers of not finishing what you started.

The first spot is called "Snake" and features the best human-as-legless-reptile performance in years, at least since this surreal Burger King spot.

The second spot features a boy who is a little too good at hide and seek. Or more accurately, his dad sucks at it.

Finally, a third spot tells the tragicomic tale of a wife whose husband is made to disappear by a magician, triggering a fruitless lifelong search for the guy.

Jeff Low of Biscuit Filmworks directed the campaign. He's a favorite of the Droga5 London team, having also helmed spots for clients like Barclaycard and GoCompare. Here, he weaves the menace and comedy together perfectly, with plenty of weird, obsessively crafted details making the spots very distinctive.

SetApp is a great product, but attempting to distill its myriad benefits into a series of advertisements would only serve to further confuse consumers. So we tried to keep it simple," David Kolbusz, chief creative officer of Droga5 London, tells Muse. "The idea here was to dramatize the consequences of a very real problem—not finishing what you started—but in a hyperbolic, entertaining way. Benign, innocuous problems become life-altering matters on account of distraction."

The films were shot in Romania pre-lockdown, but were paused as advertisers generally stepped away from humor in the early months of the pandemic.

"As with any project we shoot with Jeff, the script is only the beginning," Kolbusz says. "It sounds wanky, but it's a very collaborative process and we pass the material back and forth, pushing it further so that the end product is as unexpected as possible. There are more straightforward ways to tell these jokes, and Jeff is always good at getting to a place that's less obvious."

In addition to the three spots, Droga5 designed other assets that use the crowded visual language of the internet—things like loading bars and pop-ups—to deliver the message about distraction. That work will be seen across film, static, display and social and features work from artists including Tyler Spangler, Eva Cremers, Elena Xausa, Damien Weighill, Leanne Rule, Alex Tait, Matthew Cooper and Walter Newton. 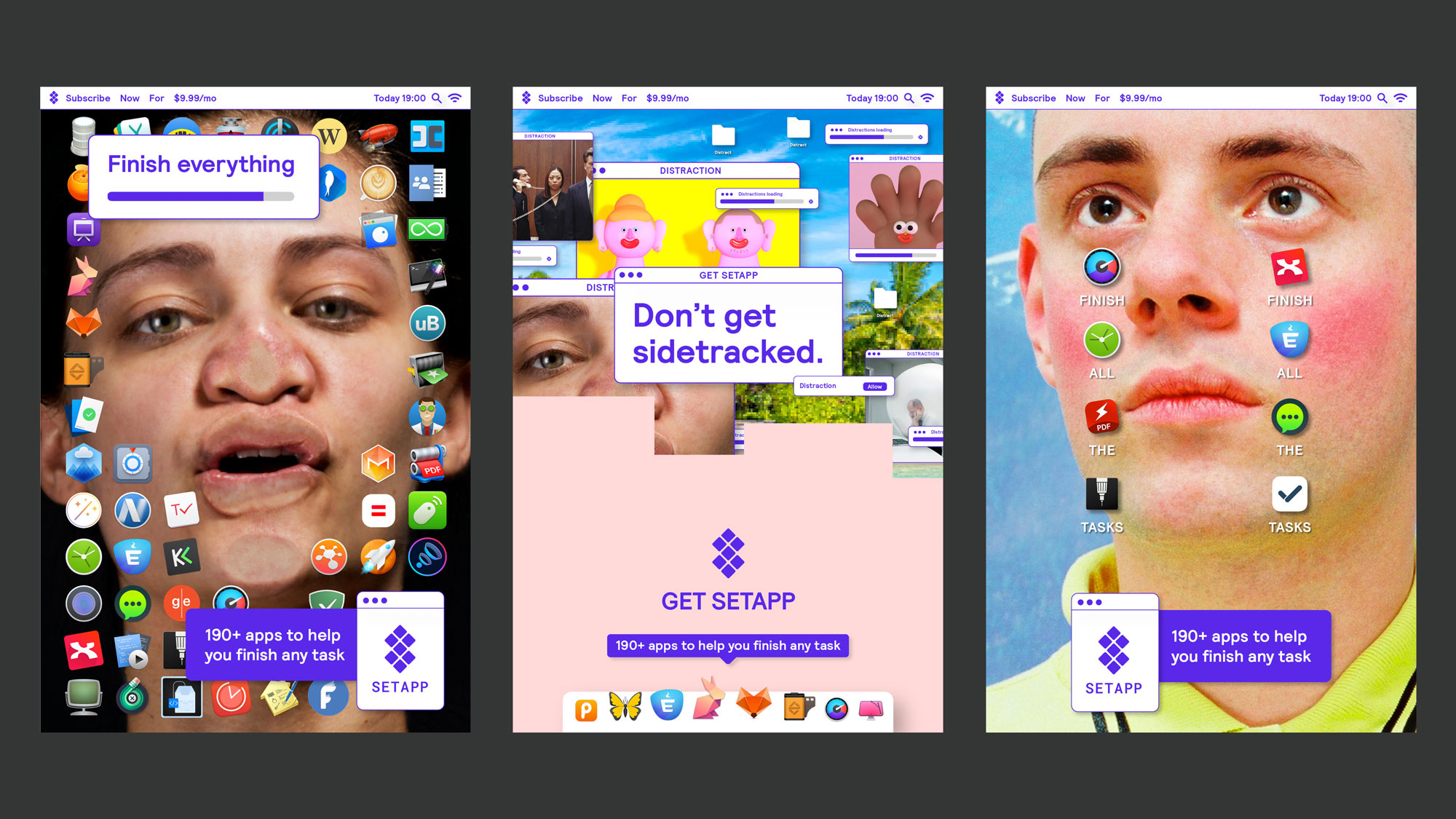