No bubblegum earworms in these ads, though 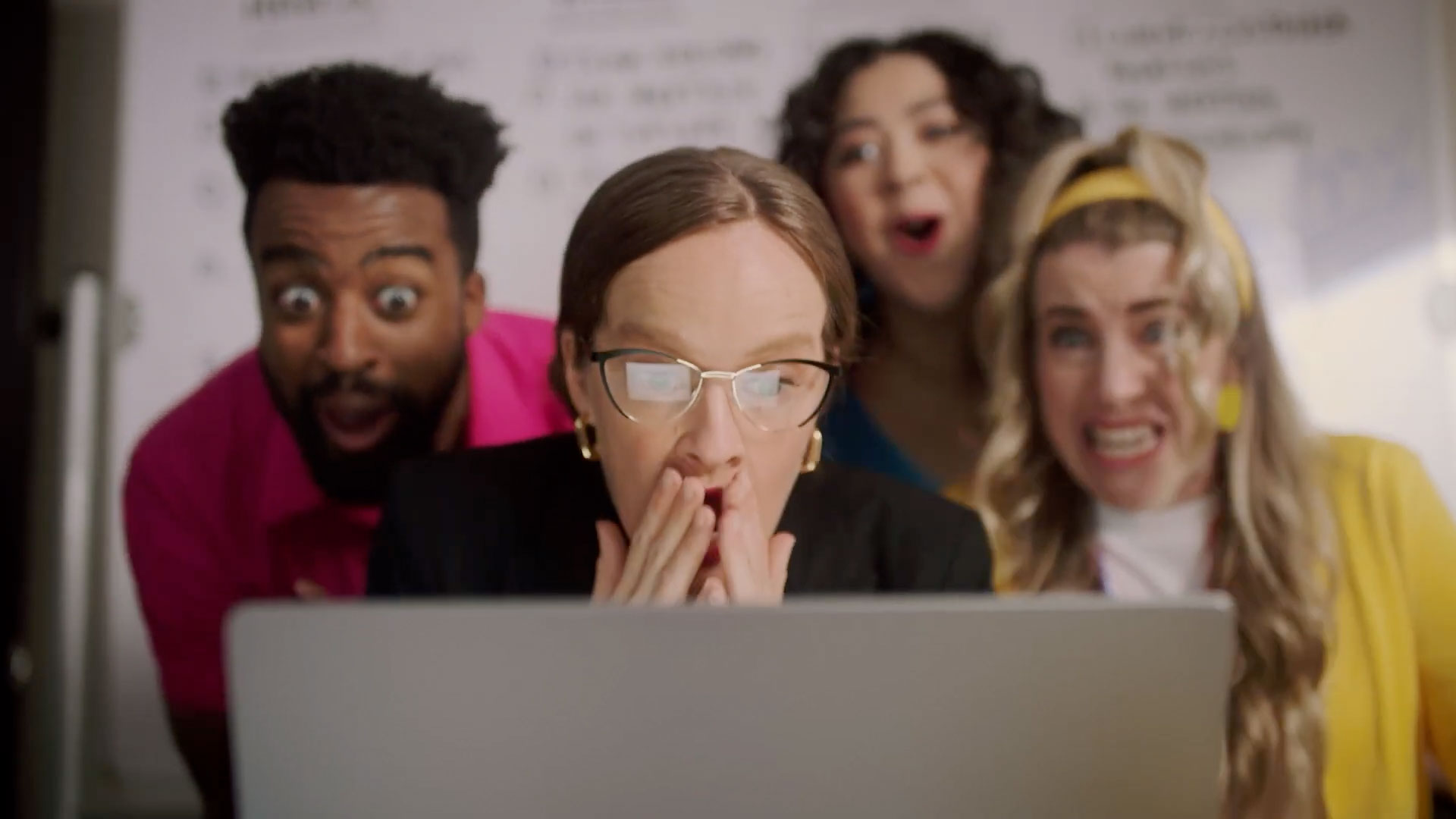 All you boomers and Gen-Xers see what they did there? C'mon, get happy!

That last line was from the theme song of The Partridge Family, which ran on ABC from 1970 to 1974. It followed the adventures of a mom and her kids who form a pop-rock band, generating hit tunes and vaulting David Cassidy into the cultural stratosphere. (He was the Justin Bieber of his day.)

Actually, the campaign isn't much like the show at all. There's the printastic name, of course, plus graphics that suggest the classic-TV connection. But it's missing a bubblegum soundtrack, thankfully, and the storyline features office drones who guzzle coffee, stress over projects and joke their way from 9 to 5—with some frazzled overtime thrown in.

It's like the Partridges mated with every knockoff of The Office to spawn commercials for ink and toner. And that's ... a good thing?

We think it's pretty amusing, actually. Judge for yourself from the clips below.

"We were inspired by the current trend on social media of sharing relatable commentary on workplace pain points and wanted to bring this to life through a retro, yet modern spin on the workplace sitcom," says Eric Dahl, senior director of product marketing at Brother.

Each episode runs about 90 seconds, and amid the silly shenanigans, amazingly, not a single paper jam ensues:

@karaleemo With the right team (I’m looking at you, @Ceara OSullivan!) and the real stuff (aka Brother Genuine ink and toner), miracles can happen! (Miracles like holding the internet in your hand!) 🪄🖨✨ Watch all five episodes of The Cartridge Family through the link in my bio! #BrotherGenuine  #TheCartridgeFamily #ad #PrintConfidently #printer #printersoftiktok #officedrama #coworkers #coworker #annoyingcoworkers #sketchcomedy #fyp ♬ original sound - Kara Morgan

"Our target range is rather wide, as everyone prints, but with tapping social media talent, we're looking to inspire the next generation of shoppers, from millennials to Gen Z, to think of us as more than their 'parents' printer,' " says Dahl. "Many people of all demographics are experiencing what a return to the office is like, and we hope they find these engaging and provide a positive impression for our brand."

In other words: They spread a little lovin', then they keep movin' on!