Postmates Made a Bottom-Friendly Menu for Pride Month

Psyop and Screen Novelties created the 'Eat with Pride' campaign 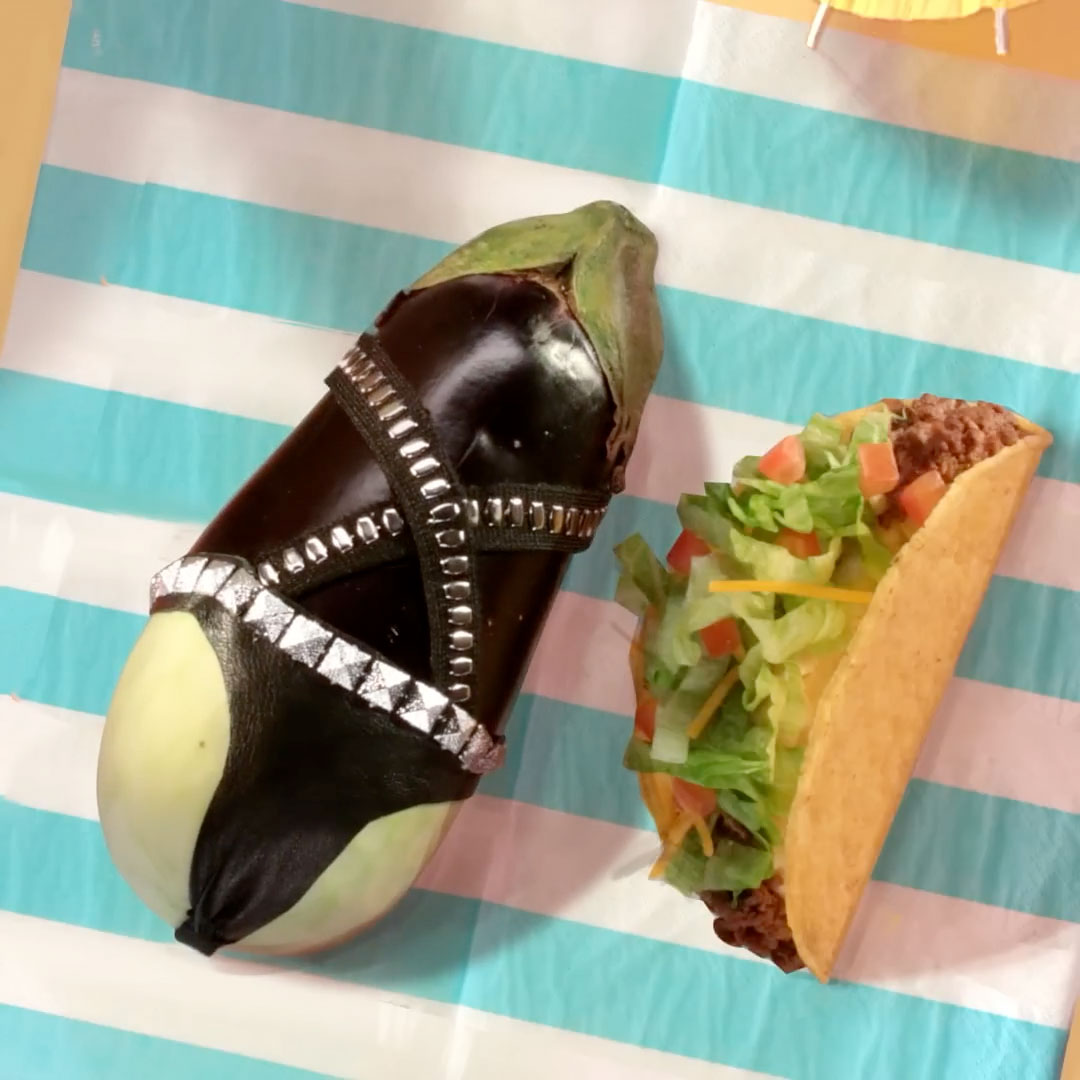 "The idea started with an 'ice soup' meme, suggesting bottoms needed to starve themselves before sex," says David Kim, executive creative director at Postmates. "And that got the team thinking: 1) Is that true—no, it isn't—and 2) if not, what foods were best before bottoming? We also realized that sex education focuses on heterosexual sex and there's not enough discussion about queer sexual health."

"What are you eating this Pride," asks Anderson in voiceover. "If you're a top, it seems like you can eat anything you want." A bottom, on the other hand, eats next to nothing. The ad explains the do's and don'ts for bottoms to eat, using animated peaches, eggplants and cupcakes.

"I think the biggest challenge on this campaign was getting the tone right," Kim tells Muse. "Once we came up with the idea, which was concepted and executed by a team of LGBTQIA+ employees and creatives, we wanted to make sure we delivered something that went beyond a joke. There was a real issue to explore here around food and sexual health, which is why we partnered with an expert who could help us design the menu and explain the science behind it."

The campaign hasn't been without controversy. Postmates recently made headlines when it positioned this campaign as a first-ever bottom-friendly menu—though The Bottom's Digest, a TikTok account run by Alex Hall, has been around since 2021 and focuses on bottom-friendly recipes.

"Our motto has been and always will be 'Anyone can be a bottom, not just gay men,' " Hall tells Muse. "Postmates, unfortunately, never approached us regarding their menu before the drop of their campaign. The Bottom's Digest was in talks with Postmates after their campaign dropped to inform them that it's not enough to say a pizza is dairy-free to deem it bottom-friendly, that the campaign played into harmful stigmas and clichés around bottoming, and lastly, was geographically exclusive. There is no 'One size fits all' approach to creating a bottom-friendly menu. Because Postmates' campaign provides no transparency around testing these delivery options on people, lacks the ability to be more inclusive of all people, and even shows pizza as a food to 'avoid' in their very own campaign, we do not agree that their menu can be certified bottom-friendly."

In response, a Postmates spokesperson says that "our team has been in touch with The Bottom's Digest. We appreciate their work, and we hear their feedback loud and clear, in regards to our shared goal of addressing a more inclusive sex education. As a company focused on delivery to your doorstep, we don't claim to be chefs or medical professionals. That's why we leaned on a health expert to launch the Eat with Pride Bottom-Friendly delivery menu—and we're happy to keep learning as part of an important, and often omitted, conversation on good meals and good times."