Maybe a simple letter will help 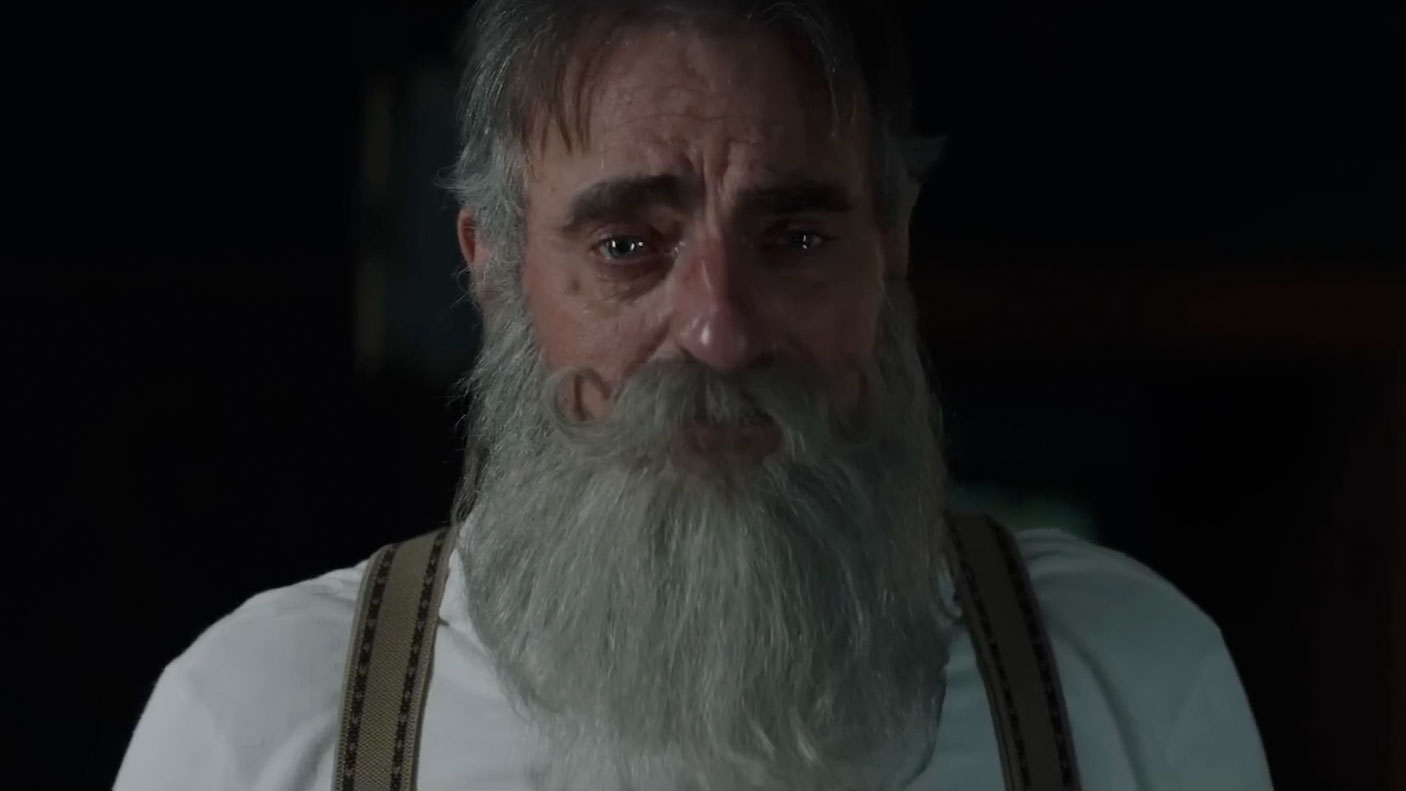 This is a love story.

The Norwegian postal service, Posten, returns to us this year with a holiday ad that isn't just full of feels; it also contains a gripping message.

Like last year, "Father Christmas and Mother Earth" follows a romantic relationship. But whereas 2021's romance happened between Father Christmas and an ordinary man—underscoring 50 years since same-sex relationships were legalized in Norway—this one is between two people that symbolize forces in conflict, especially over the holidays.

Father Christmas represents our compulsion to consume more than usual, the better to show love or merely survive the doldrums of winter. Mother Earth stands in for our awareness of climate change, and the growing strain this economic system has placed on finite resources.

The film, created by Pol, opens with Santa writing a letter. The love story unfurls under his fingertips, one of "polar opposites" who knew what they both wanted. In a striking moment, we see Mother Earth at work in a lush greenhouse, draped in a blanket of snow: A glass house in the middle of the North Pole, like a reverse snowglobe.

Eventually, she begins to cough.

"Why were you so unclear in the beginning?" Santa wonders. As in any mature relationship, the tension starts to build: She's frustrated by his work, but trying to be supportive. She tries pursuing her own work in a somewhat artificial, out-of-context space, to avoid straining the relationship.

A visit from a Posten delivery person—who places a bulky bag in her hand, which she struggles to bring to Santa's office—is the last straw.

"You don't take any responsibility!" she shouts. The beauty of this line is that we can easily imagine what they're arguing about, and its lack of clarity makes it stand in for almost every relationship argument we've ever had. It's never one thing. It's everything.

"That's what everybody else loves about me," Santa says, the perfect picture of a willfully clueless partner.

When Mother Earth decides to leave, a heartbroken Santa asks, "Don't you know that I do it for the children?" to which she responds, "So do I" as she walks out the door.

There are obvious parallels here to the mental charge one partner carries in a relationship. "I didn't see how serious it was," he muses in his letter. "I just didn't want to acknowledge that things weren't working out between us."

Much recommends this work, but let's start with the format, which reprises every possible note worth keeping from last year's love story: It's mature adults falling in love, with their own lives and responsibilities. You've got the early throes of love, vibrating with possibility and pleasure, then the heartbreaking complexities. When the incompatible differences between your lives start feeling stark, it's all the worse when it isn't anybody's fault. The signs were always there. Your mutual love is even entangled in those differences. But here, now, is an impasse.

We appreciated this storytelling structure's deft depiction of our own complex relationship with consumerism and environmental crisis. Everything we think and do, from pleasures to work to personal care, is entangled in capital and a logic of consumption. This system has its own romantic tales: The worthy underdog's rise from rags to riches, and Father Christmas himself, driving reindeer through the sky with a sleigh-load of … what, exactly? Legos, toy trains, iPhones?

But we are also stirred by the knowledge that we're connected to everything—that there's a problem raising its voice to us, louder and louder, something related to resources, but also a real sense of material disconnect from a "nature" we're not sure how to interact properly with. This paradox is paralyzing. Like the issues in many mature loves, it's nobody's fault. But it hurts as it falls apart.

Lastly, we're struck by the repetition of Posten's cameos in these works, which illustrates the role loose nodes play in making our lives cohesive. The cameo in last year's ad occurs at a critical narrative moment: The protagonist has written his ultimatum letter to Santa, expressing the breadth of his longing ("All I want for Christmas is you"—Mariah Carey gets a mental royalty every time somebody says that). When Christmas day arrives, the person he's waiting for is Santa. What he gets is a postal delivery woman with an armful of gifts … right before the story's denouement.

Here, too, Posten triggers the climax when its mail carrier passes a cumbersome sack to a woman—Earth herself—too overburdened to carry it.

Posten's other way of being present is something we didn't think about until we watched this ad specifically. A handwritten letter plays a role in expressing each story's red thread of emotional tension. While last year's "Harry" wrote his to Santa, like a hopeful child, this year we learn something new: Santa, too, has a heart that bleeds onto a page, and his own recipient of those letters. That recipient is the mother of everything, and her mental and physical charge is overwhelmed by his life's work.

"Father Christmas and Mother Earth" ends with Mother Earth reappearing at the door. "I can't live without you. No one can," Father Christmas declares—a narrative move that would feel manipulative outside safer hands, but here it's part of a larger emotional crescendo.

Don't we want this to work? But how can it?

Posten closes with its message for the year: "In 2022 only 10 of the largest companies in Norway cut their emissions in line with the Paris Agreement. We must all step up."

We remembered an oft-misquoted study, which fuels the idea that "just 100 companies are responsible for 71 percent of carbon emissions." The reality is more complicated, in the sense that individuals aren't passive players here. But this is also not about assigning fault in one direction or another. To quote Robert Ayers in the article we just linked:

"The essential truth missing from economic education today is that energy is the stuff of the universe, that all matter is also a form of energy, and that the economic system is essentially a system for extracting, processing and transforming energy as resources into energy embodied in products and services."

The context in which most of us live is an economic system, which assigns value to everything based on market interests. Every energy exchange performed in the system is filtered to us in the form of products and services tied to the marketplace, an anomalous way to live that's only existed for a few hundred years.

Prior to that, much of humanity lived not in barter economies, a complicated capitalist myth to justify the specific way we use money; but in gift economies, whereby you do something for someone because they are part of your community, and ultimately the whole community reciprocates that gift back to you in other ways. But there's a neat symmetry between "gift economy" and the prime function of Father Christmas in our storytelling.

What all this tells us is, this relationship between Father Christmas and Mother Earth doesn't have to be star-crossed. In fact, it's a love story that's been mutually beneficial for most of the human story. Like most relationships, a cohesive solution to their troubles is found in tiny steps, careful compromises, and ultimately an openness to a radical new way of living that might not resemble "traditional" relationships.

We want them to stay together. We want us to work out. Reframing the romances and stories of our culture is a good step toward not only expressing our complicated feelings toward these existential problems, but experimenting with new approaches to them.

Posten's data in this ad comes from PWC Norway's Climate Index. It took care to mention that it was one of the 10 companies that did cut emissions in accordance with the Paris Agreement, and it hopes other companies will follow suit.