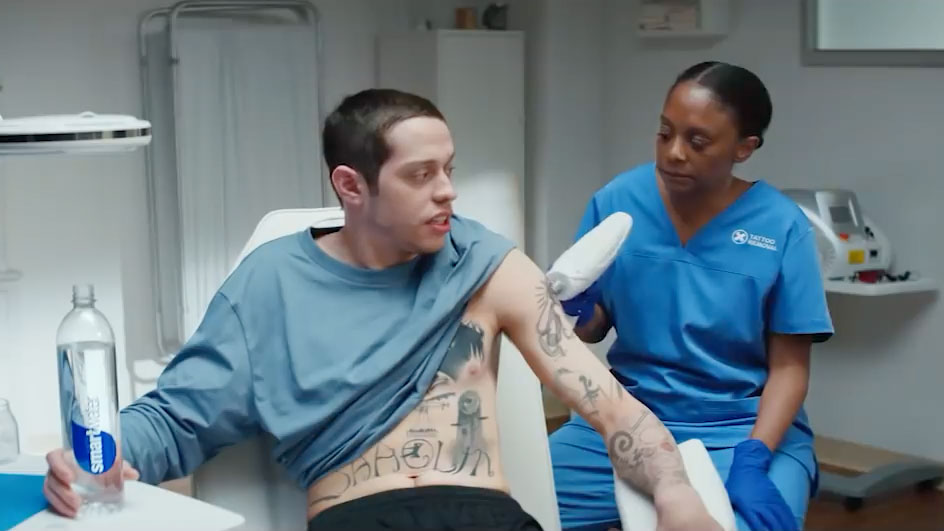 Hitting the high-fashion catwalk in dowdy street clothes. Living in your parents' basement as a grownup. Riding hoverboards everywhere you go.

Pete Davidson bemoans such questionable life choices in an amusing film for Smartwater from VMLY&R and Prettybird director Matt Piedmont.

"Were all my bad decisions because I was dehydrated? I mean, maybe," Davidson quips during a tattoo-removal session.

Pete Davidson gets smart with smartwater

His deadpan delivery carries the day in a :60 that plays out, fittingly enough, like a snappy skit from SNL. (One of the "smart" sketches that knows when to quit.)

"The scenarios are inspired by his life," says Ulises Ramírez, who heads the North American water portfolio at brand parent Coca-Cola. "We were even able to cast his actual mom, who showed up ready to play the role she knows best."

What's more, "Pete was stoked to do his own hoverboarding in the restaurant scene and even showed us a few killer spin moves between takes," Ramírez says. (Which doesn't sound so smart, actually.)

"Pete Davidson is well known for his smart humor, and personal growth—and as a brand that has always had a good sense of humor and that strives to stand for confidently charting your own path, we see ourselves in Pete," Ramírez says. 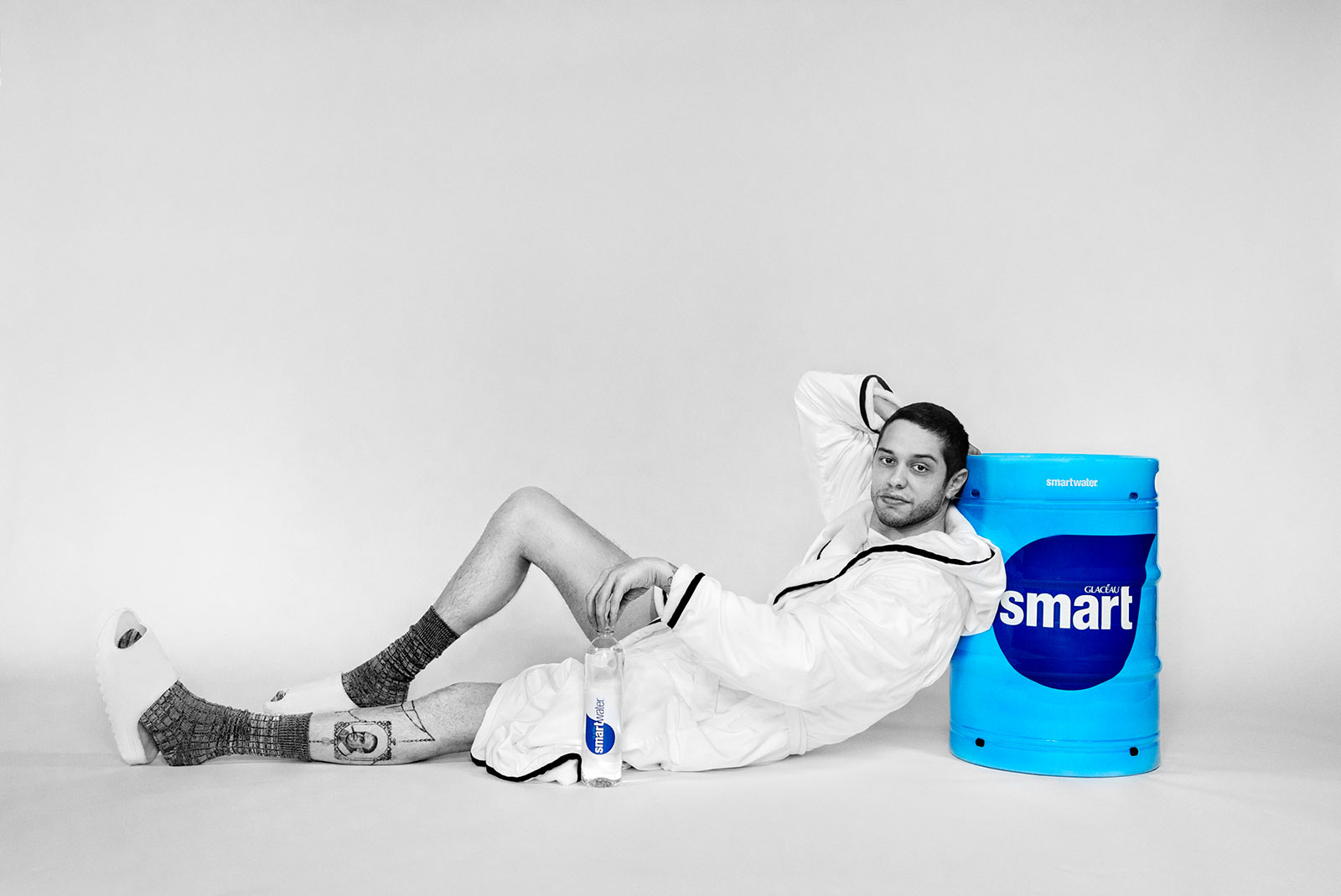