Parachute, the Bedding Brand, Reminds Us We're All Just Animals Who Want to Snuggle

OOH ads hit the least restful cities in the U.S.

If the Snuggie taught us nothing else, it's that humans are addicted to being cozy at all costs.

A distinctly more highbrow brand, bed and bath essentials marketer Parachute, reminds us of this yet again, in new out-of-home ads that show animals and people getting snuggly in parallel poses—a cute way to illustrate that hunkering down is in all of our DNA, no matter what DNA we have.

The campaign is by New York agency Interesting Development, formerly known as Office of Baby. (We'll have more about that particular name change in a future story here on Muse.) Check out some of the Parachute ads below, featuring the brand's duvet covers, sheets, pillows, towels, bathrobes and more. 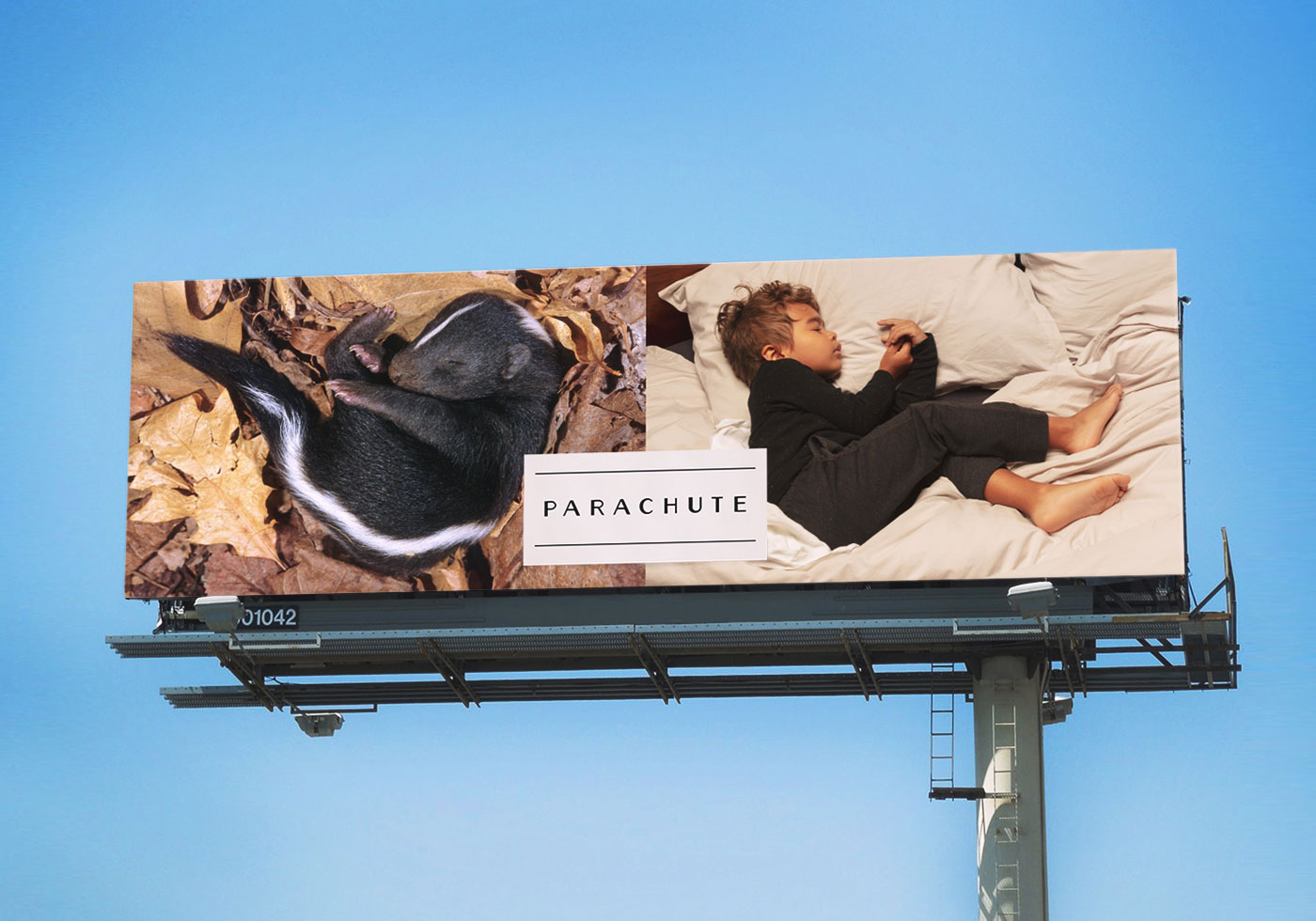 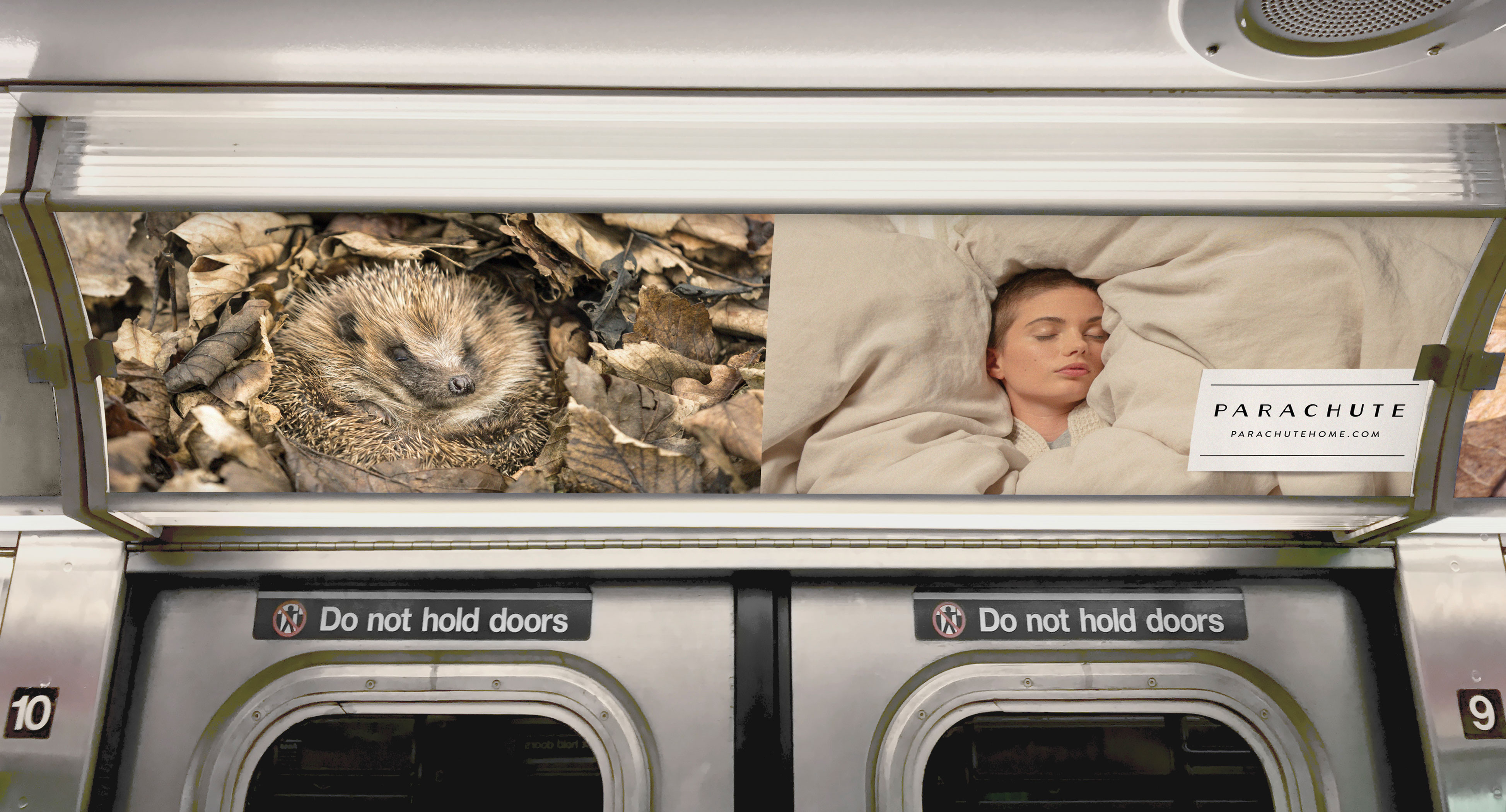 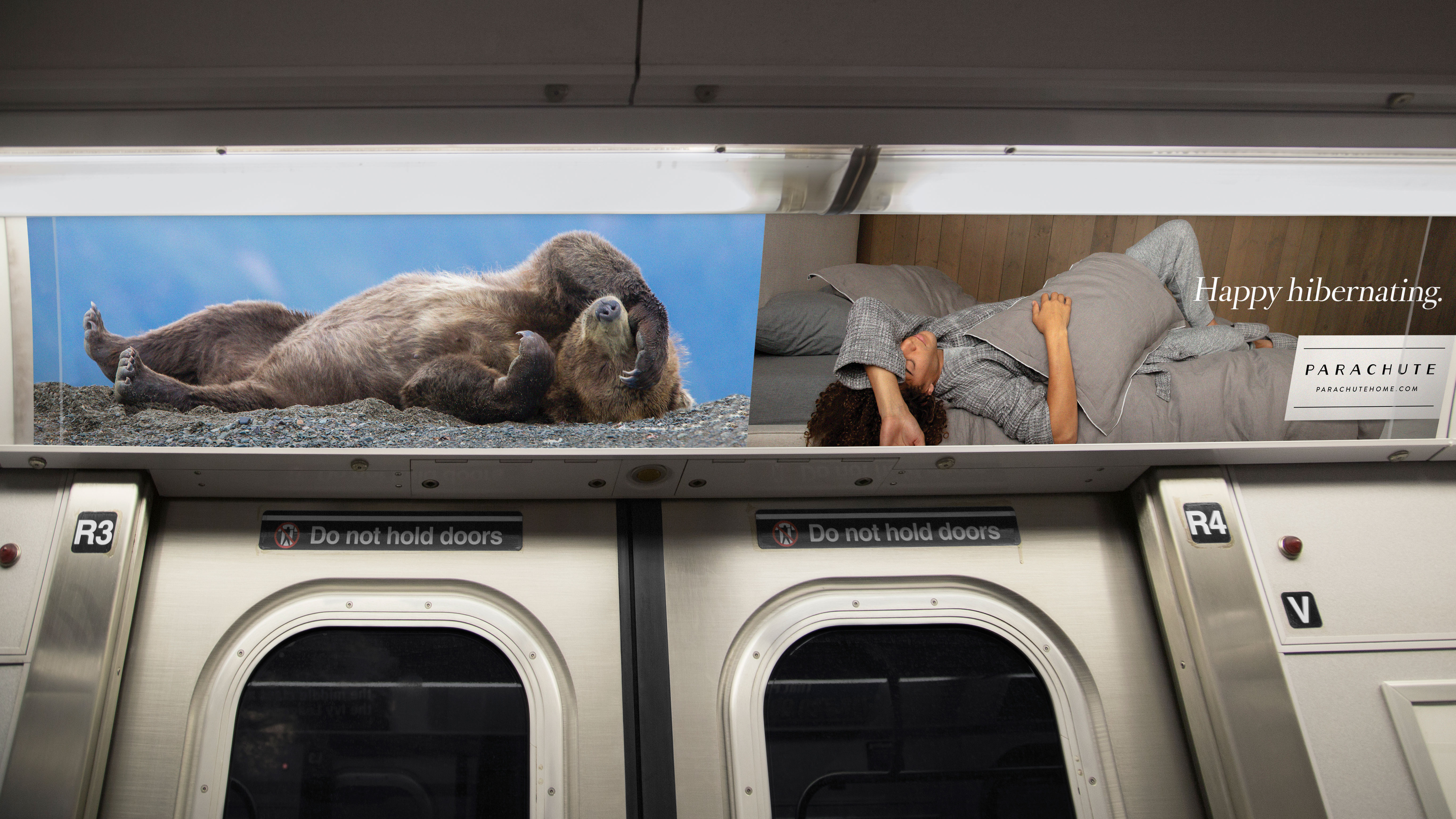 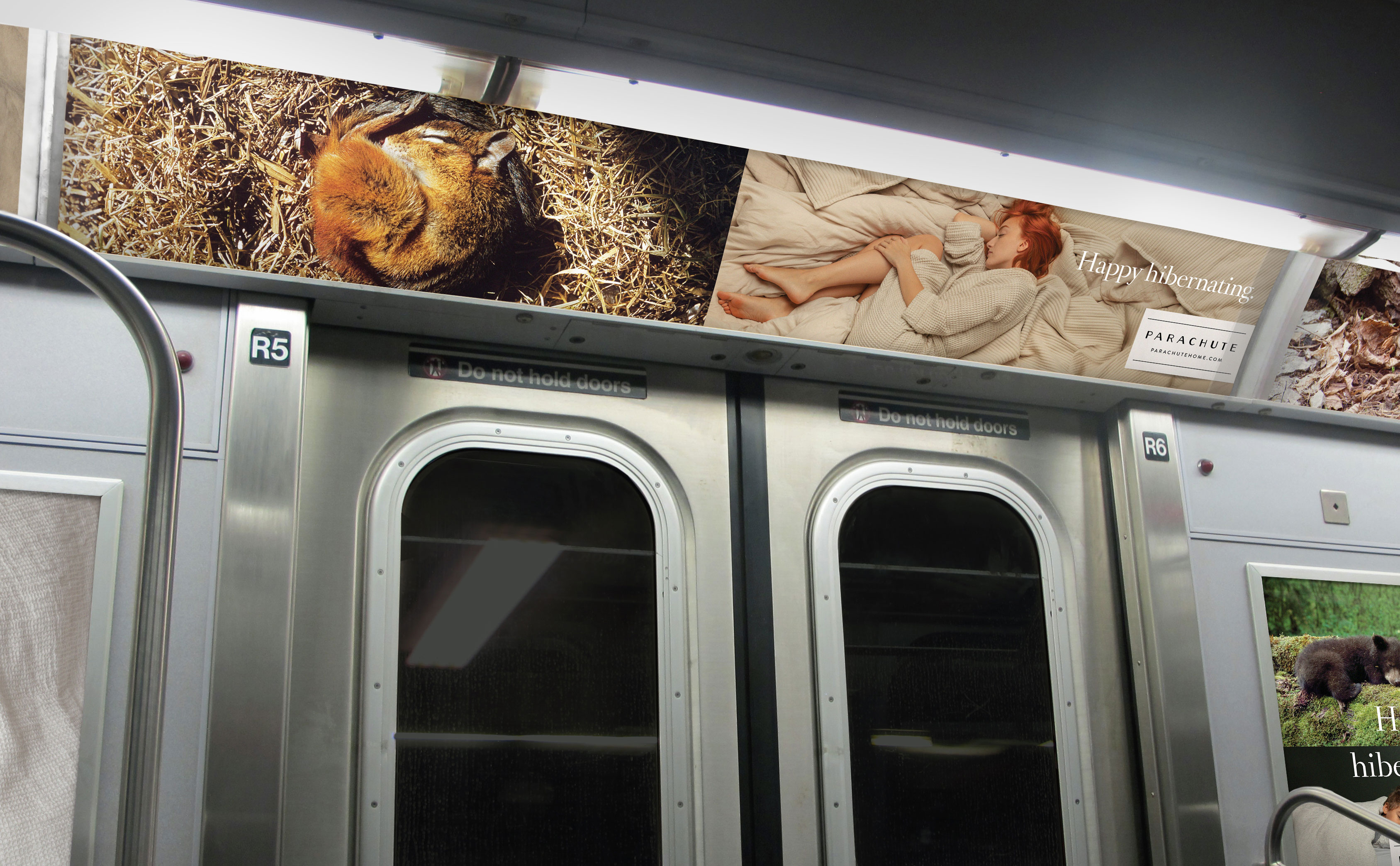 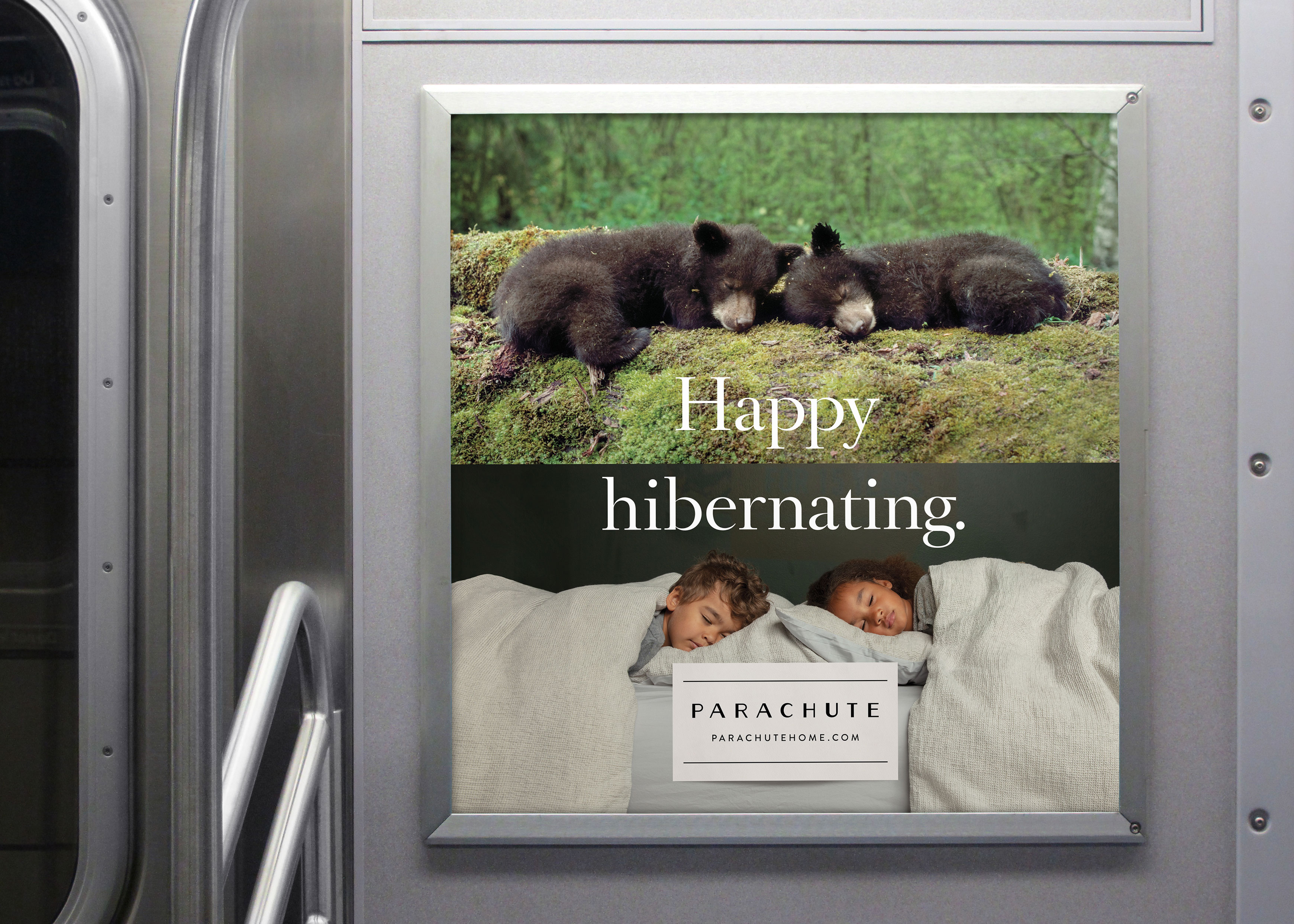 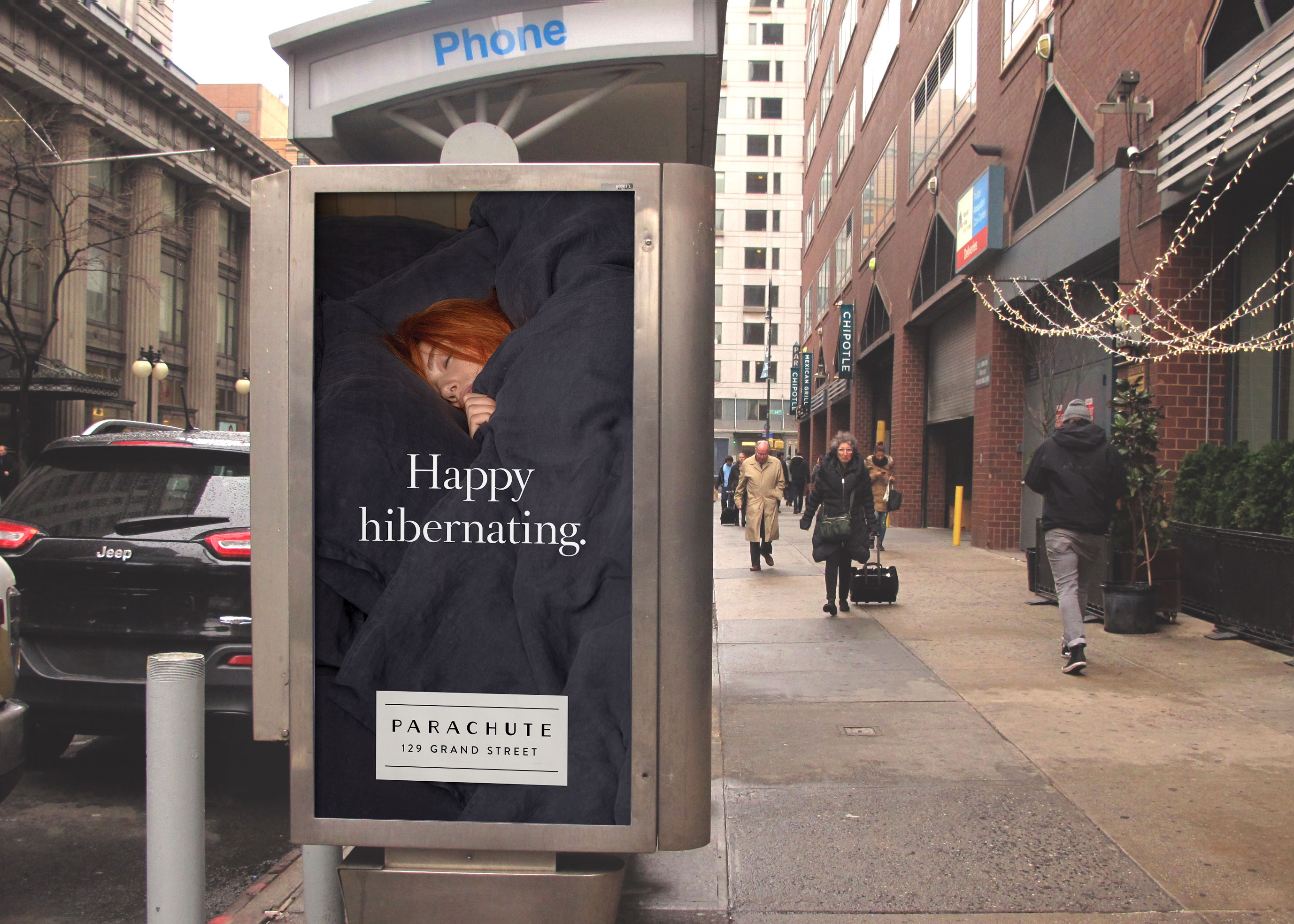 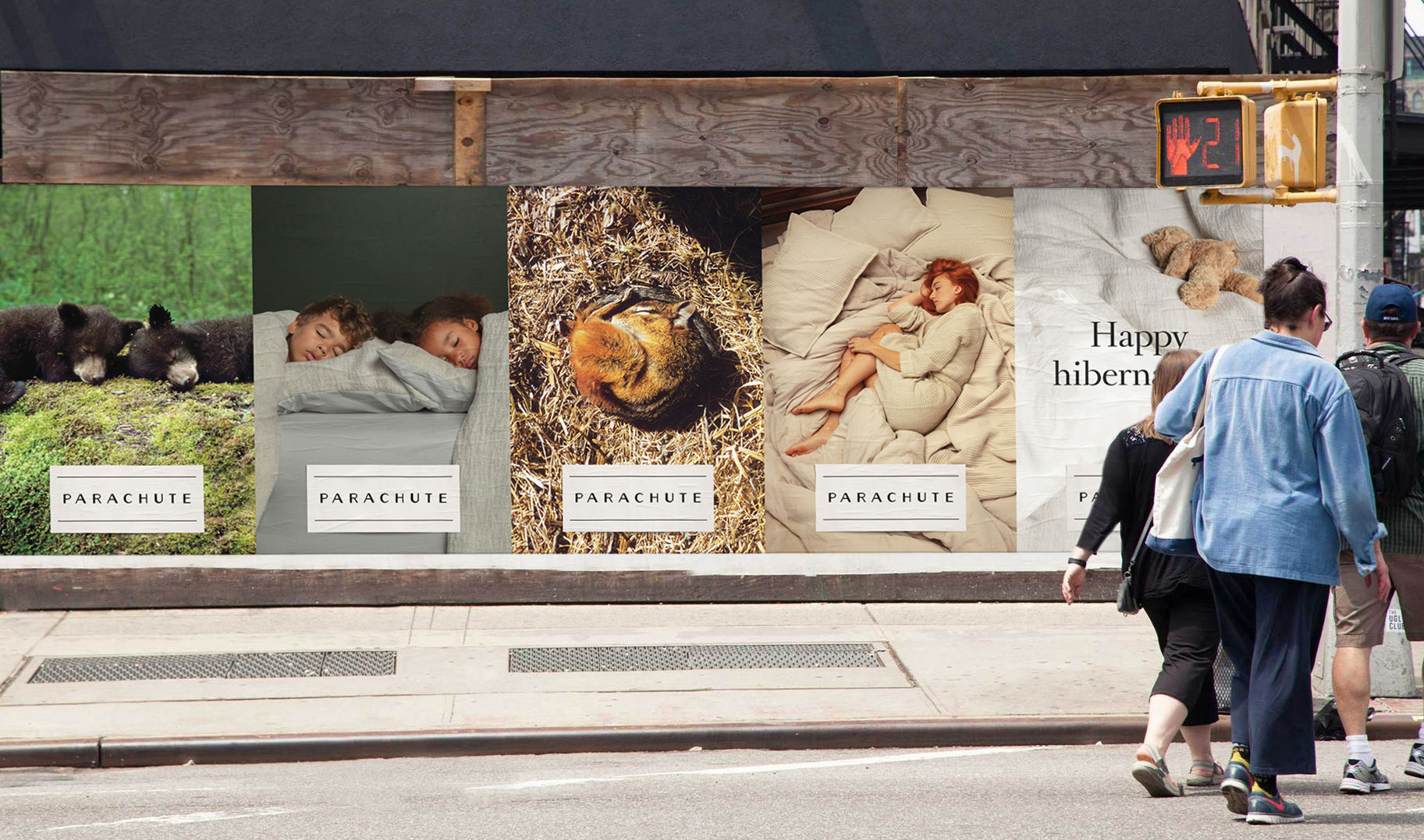 "Human nesting season is a very real thing people really look forward to," Paul Caiozzo, founder and chief creative officer of Interesting Development, tells Muse, adding that people seek "societal acceptance to lay around indoors and get under blankets and binge watch stuff or read or just hang out and snuggle with loved ones."

People in busy cities like New York, Los Angeles and San Francisco who "feel like they should always be doing doing doing," look for permission to snuggle up and do nothing more than most, Caiozzo adds. Thus, the ads are appearing in those three cities—on subways, taxi toppers and kiosks in New York, on billboards in L.A., and on terminals and kiosks in San Francisco.

You're most likely encounter the ads in places of particular hustle and bustle—"stuck in your car. On a train. Waiting for a bus. Hustling through a city," he adds.

Working on a tight budget, the agency had to get creative with the photography.

"We had to source the stock animal images, and find ones beautiful enough to recolor and edit, then meticulously match the casting, angles, colors and positions," Caiozzo says. "We were careful to not feature any hibernating animals you wouldn't want in your home."

The campaign will also have digital executions, including display ads and paid social posts on Facebook and Instagram.

"We wanted to remind everyone that no matter how far we advance, how busy we get, how crazy life gets, we are still animals," says Caiozzo. "We love being comfy and snuggly. We need to rest. And Parachute 1,000 percent delivers on their product promise—these are the greatest, most comfortable sheets and blankets and robes imaginable. For real."