Oreo Built a Vault So Its Cookies Can Survive the Apocalypse 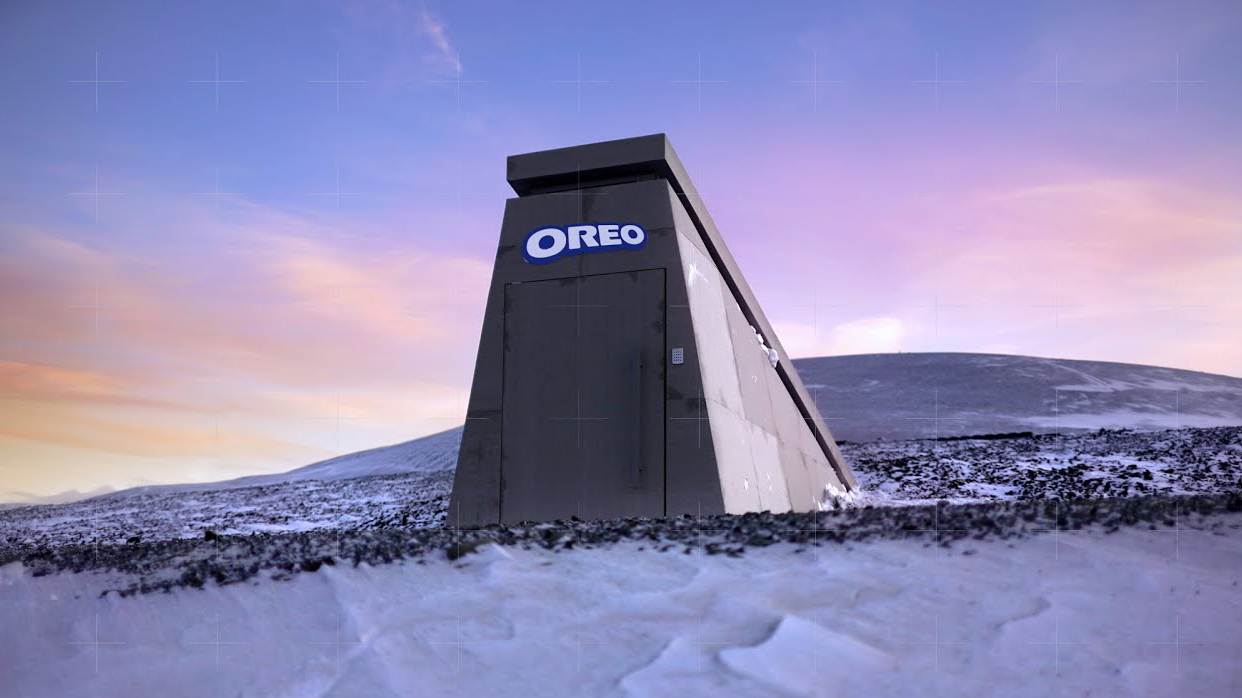 Asteroid 2018VP1—a sofa-size hunk of space rock—is hurtling toward our planet. It should pass harmlessly by on Nov. 2, the day before the U.S. elections. No one expects smack into the Earth and cream human civilization or have any measurable effect on the home-world.

Even so, Mondelez's Oreo isn't taking any chances.

To protect its cookies—and score some media coverage too, what the hey—the brand joined with ad shop The Community to build a supposedly "asteroid-proof" Global Oreo Vault in the frosty wastes of Svalbard, Norway (78°08'58.1"N, 16°01'59.7"E).

Oreo says it was inspired by "doomsday" seed vaults around the world. The Oreo packs, we're told, are wrapped in mylar that can withstand temperatures from -80 to 300 degrees Fahrenheit. The brand also stored the official recipe and several cases of powdered milk, so dunking should survive an unlikely apocalypse.

Hey, better to face the brave new world with chocolate wafers and sweet crème filling than tons of … seeds. Right? (Try rebuilding society on a diet of caraway and flax. As if!)

Naturally, the brand is having just too much fun with the cataclysmic campaign on social.

A world with only oatmeal raisin? NO ONE WANTS THAT. Learn more at https://t.co/FWMRHalnM4. #OREOVault pic.twitter.com/x9phXW4rMJ

.@MoonPie there’s room for you in the vault so long as you give can us a little heads up before the asteroid hits.