Surely the most meta ad ever? 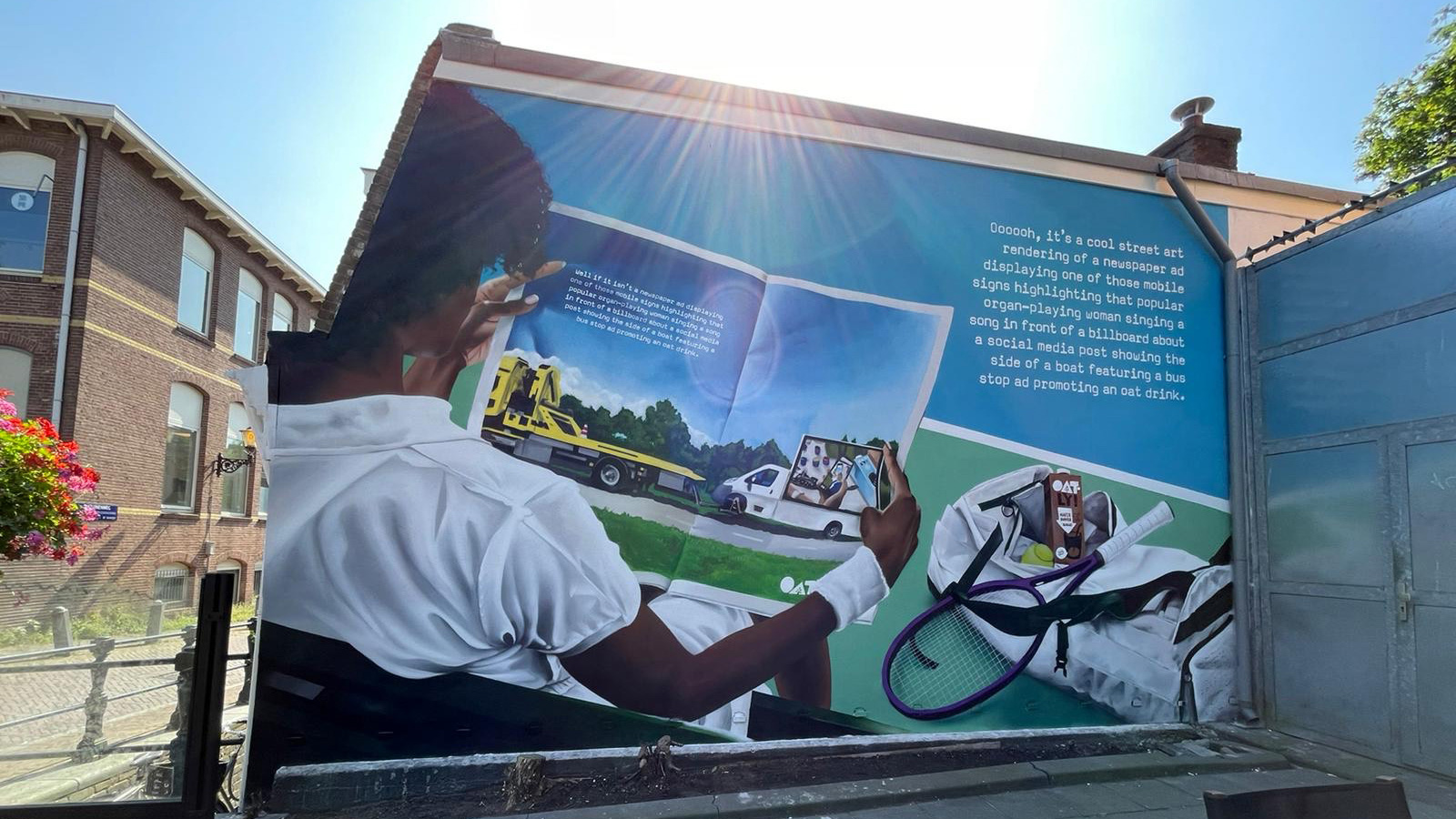 Oatly goes to great lengths to be playful in its advertising, sometimes literally so. But its newest advertisement—which is, more accurately, nine ads in one—is a meta campaign of the highest order.

This is certainly one of the most entertaining Instagram videos of an internal meeting about a mural showing a newspaper ad about a mobile truck ad showing a video of an organ-playing woman singing in front of a billboard that shows another social media post showing a boat billboard showing a bus stop ad for an oat drink that we've seen.

Does this story count as ad number 10? When will the madness end?

The campaign was executed in Amsterdam and Rotterdam in the Netherlands.