It's illegal in Denmark ... unless you're in line for a sale

In Denmark, it's illegal for people to sleep in "camps." This law is meant to break up homeless people who sleep in groups. But there are lots of practical reasons for doing so—including warmth and safety, which are of growing importance as weather grows more extreme.

Tabloid newspaper Ekstra Bladet decided to do something. And they did it by exploiting a loophole in Danish law: You actually can sleep in a "camp" if you're waiting in line for a sale. (Because #priorities.)

The "Homeless Home Sale" campaign, created by agency Hjaltelin Stahl, is a mobile webshop that offers random stuff for sale. The current offer, per the website, is this creepy calendar. 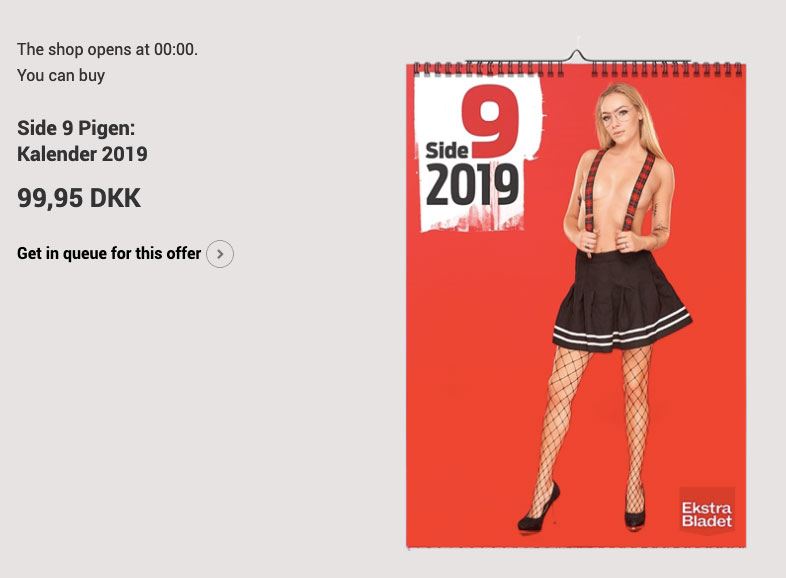 In an interview with Muse, creative lead Kenneth Kaadtmann of Hjaltelin Stahl explains, "You click a button saying 'Get in line' and get a number, depending on how many others got in line. In the morning, 9 a.m., the product will be available and you can choose to buy it or not."

But the product isn't the point. "Creating a line number was to make sure that the homeless had something to show the police if they were asked to leave," he says. This gives them technical recourse to camp in line for a sale … and thus sleep safely through the night.

The Homeless Home Shop is activated in areas where the homeless are usually driven away.

"We chose based on where they usually sleep. We got in touch with shelters, who pointed out the areas for us," Kaadtmann continues. "Some were in parks; others on train stations … we didn't work with any stores, it was only a webshop. But the shop was geo-based, so it only worked [where] we chose. If we didn't make selected areas, it would be too easy to tell the homeless to leave and get in line somewhere else."

But we also wondered about the decision to make this campaign a primarily mobile one.

"It is quite normal for homeless in Denmark to have a smartphone," says Kaadtmann. "We don't have an exact number. A lot of Danish homeless sell a homeless paper instead of begging and people usually pay for it, through the phone, as many don't carry cash around anymore."

Prior to the Homeless Home Sale, Ekstra Bladet put a journalist on the streets. She lived alongside the homeless a week before the launch, then wrote several pieces about what she experienced, priming readers of the paper before its opening.

Posters announced the "store" in relevant locations, building local awareness. And once it launched, a Facebook post targeted non-readers of Ekstra Bladet, and people they knew would be sympathetic, to boost engagement and expand organic scope.

"Having an activist approach to your marketing can have huge benefits for a brand, especially when it comes to changing the perception of that brand," Kaadtmann says.

"We've worked with this client for some time now and have gone through a major change in who they are and how people perceive them. Doing campaigns with a purpose is not only healthy for a brand but for the people who work on it, as it reminds us that we can actually make a difference."