When disaster strikes, hit the whiteboard! 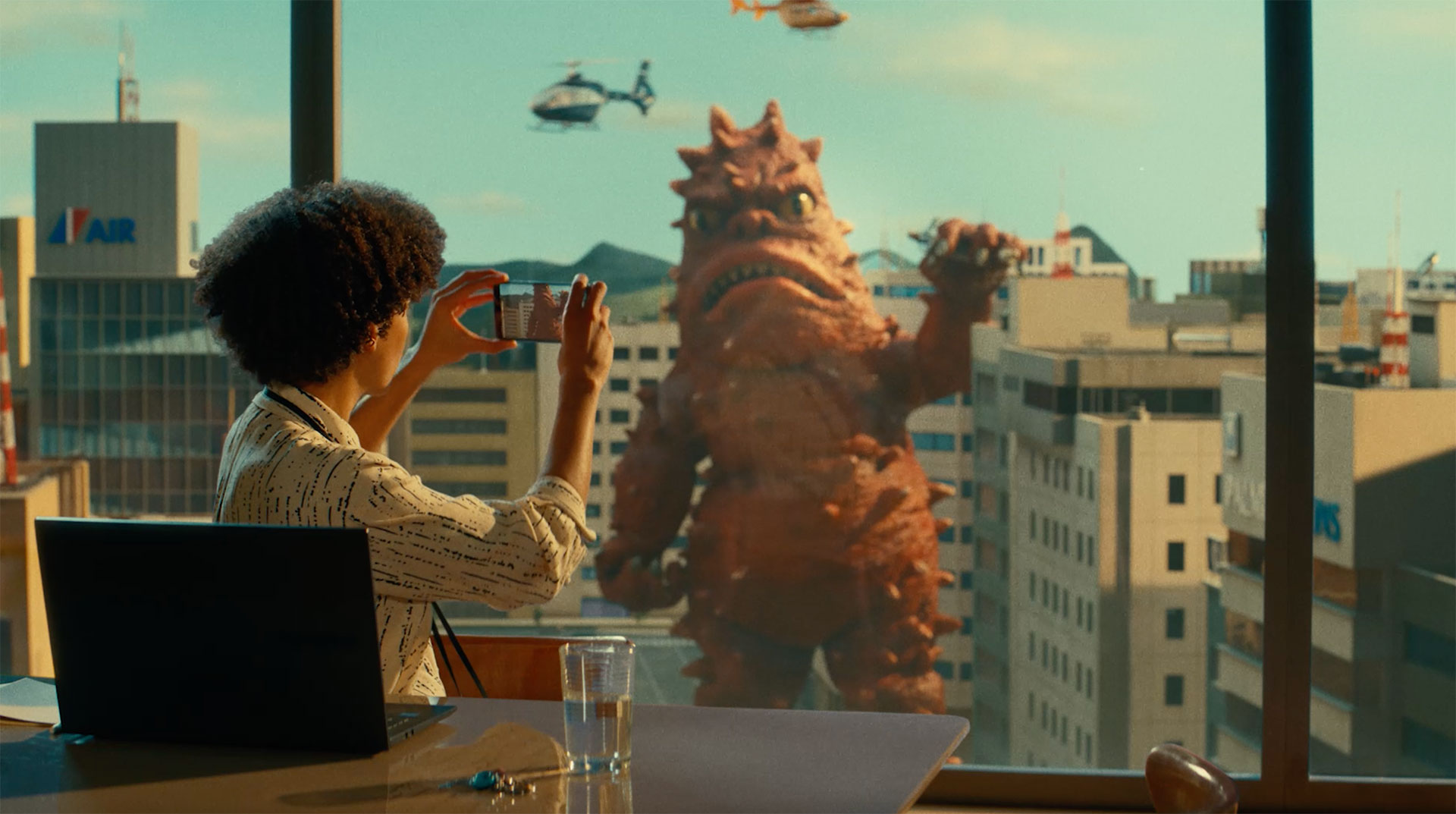 A giant monster's stomping the city. So ... let's fire up the digital whiteboard!

Miro spoofs Godzilla-style flicks in a charming spot that shows how the startup's visual-collaboration software helps teams solve complex problems. Sure, kaiju send-ups with rubber-suited saurians are a dime a dozen. But they rarely fail to please. And Miro's "Monster Problem" from agency Opinionated and veteran director Andreas Nilsson is no exception.

Their approach isn't as goofy as Wagamama's vegan dinosaur, nor as bonkers as Old Spice's dust-up of the giants. Still, who couldn't love Miro's cataclysmic cutie, with its slime-shooting sinuses and a taste for the flesh of your know-it-all co-workers?

Monster problem? Solve anything, together | Miro

Props for that giant claw. It's the prop of the year!

The spot is packed tight with product demos, screenshots and comedy. Heck, the plot could easily go astray. But Nilsson—renowned for Amazon, Meow Wolf, Planet Fitness, Volvo Trucks and many more—delivers colorful, coherent brand storytelling that stays on point.

This entertaining BTS reel explains the process behind the production:

Made in Miro. Solve anything, together | Miro

"Our goal is to introduce Miro to as many knowledge workers as possible," Paul D'Arcy, head of marketing at Miro, tells Muse. "Our biggest obstacle to growth is that millions of professionals around the world have no idea that this better way of working together exists." 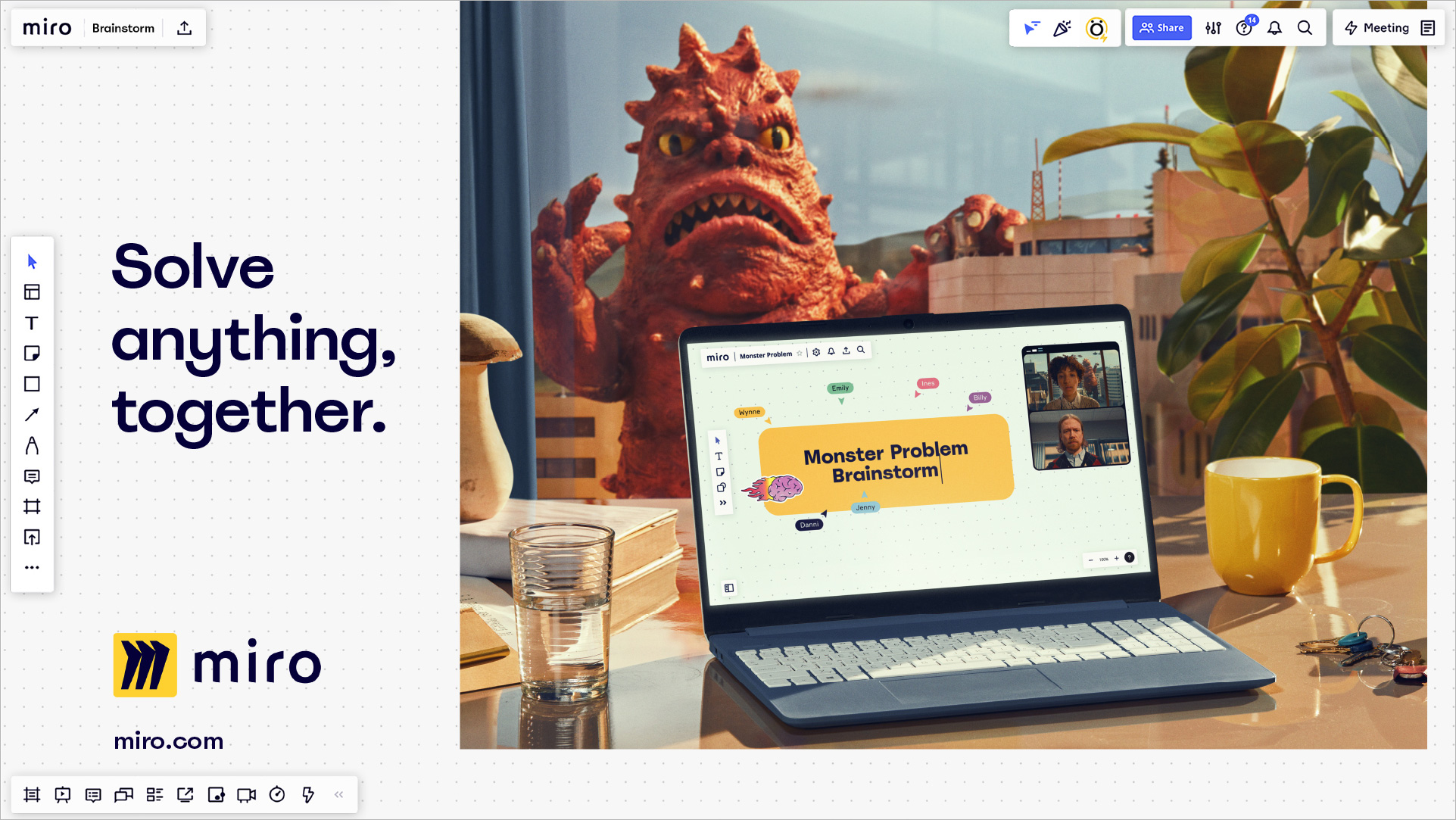 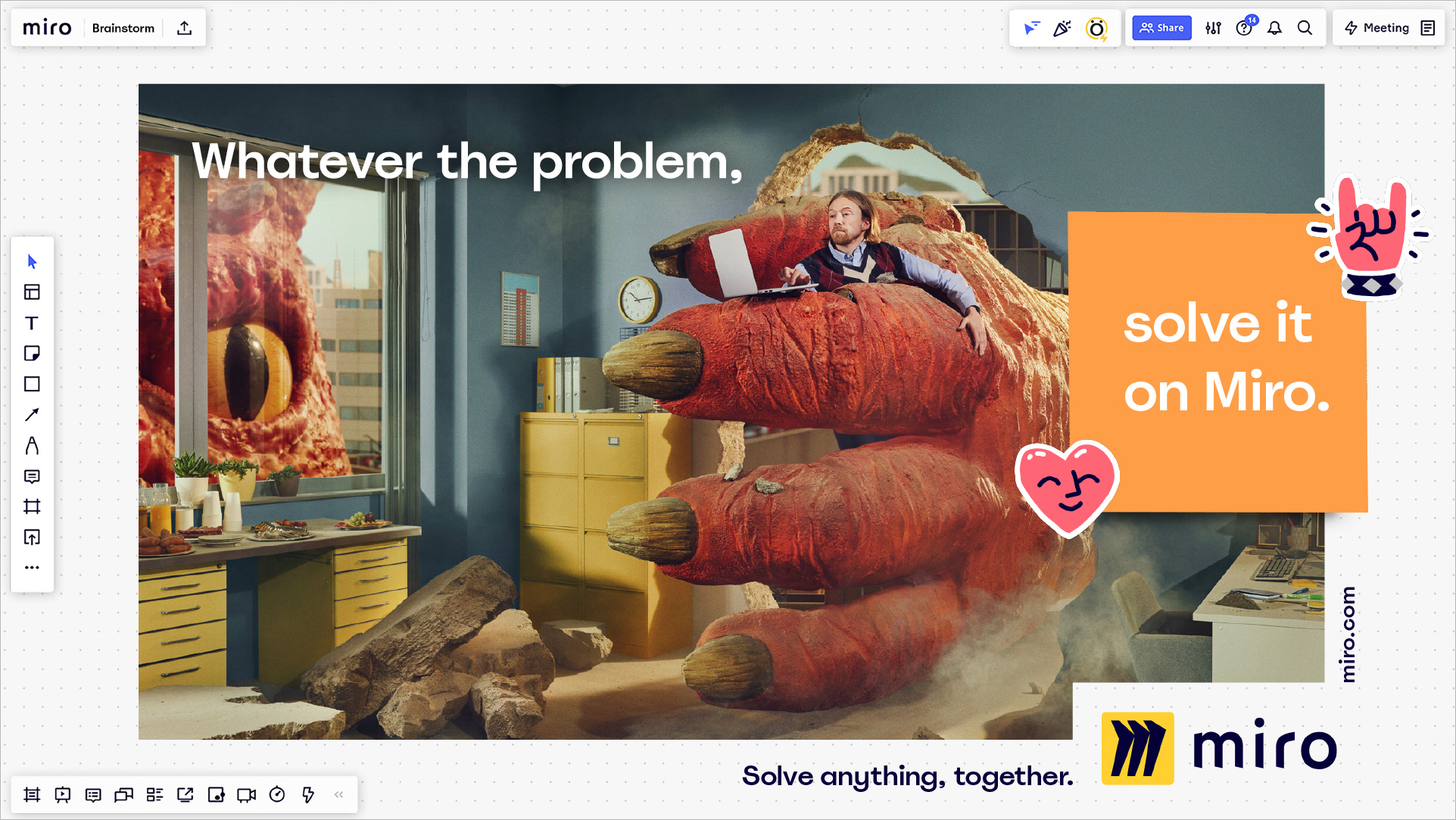 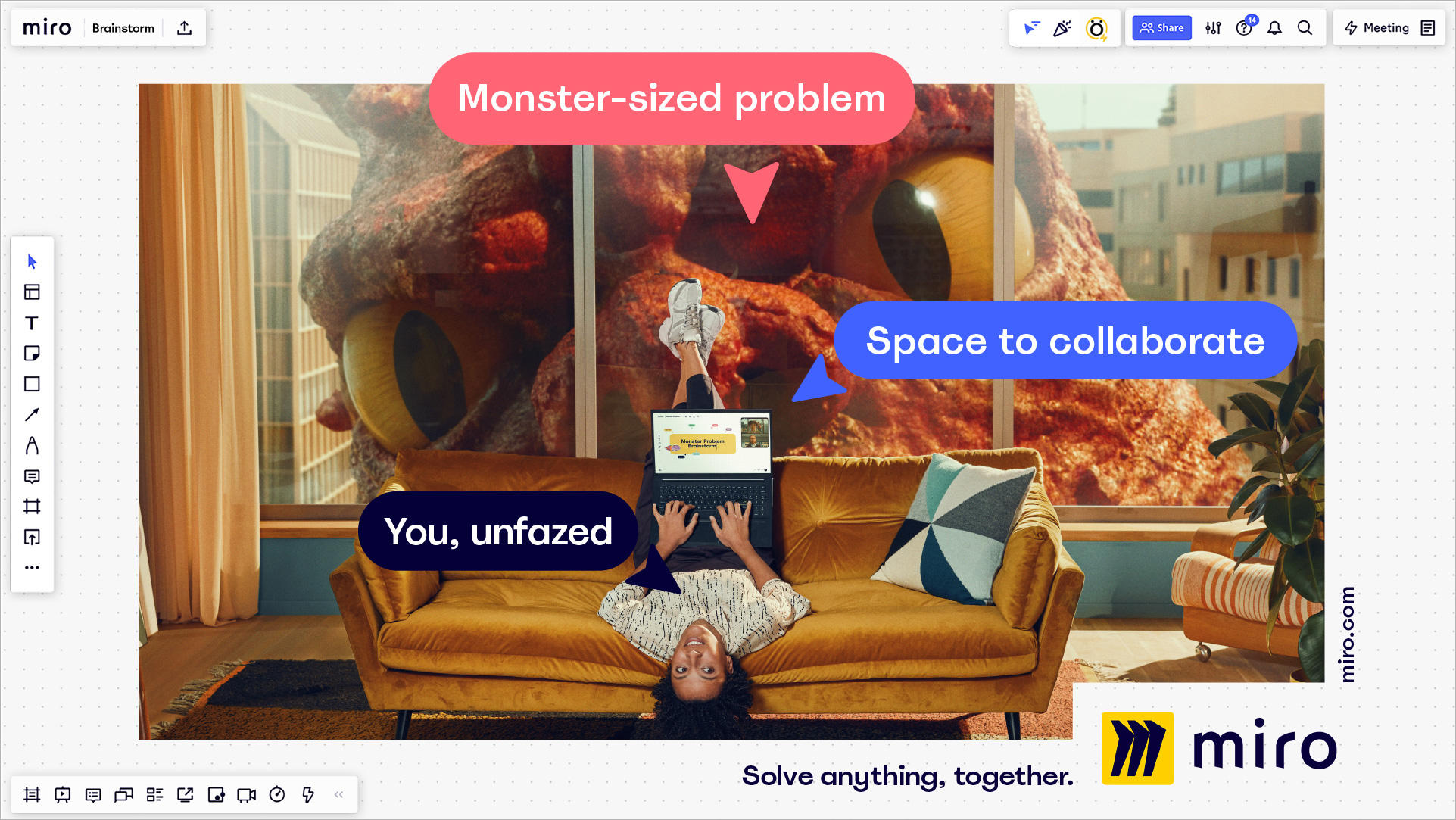 That's two freaky-funny campaigns in a row from Opinionated, following its surreal romp through the valley of the dolls for Drumstick ice cream cones.

Below, Muse chats with the agency's monster mavens:

Muse: Can you explain how using Miro helped you create the commercial?

Cameron Soane, associate creative director, Opinionated: The full pitch process was done entirely in Miro both by the clients and our agency, and the ideation for this ad was done primarily in Miro. This is going to sound like I'm biased, but Miro is like a breath of fresh air, as we've moved to the WFH lifestyle. I felt like I was back in the analog days of my career, pinning photos to whiteboards and everything just flowed nicely. But it's even better than a traditional whiteboard, because you can paste in videos, songs, GIFs and spreadsheets that update in real time.

The production process followed a more traditional approach. But the UI animation sequences were storyboarded in Miro, and then brought to life using programs that are better adapted for capturing dynamic movement.

With Zoom, WebEX, Google Meet and MS Teams, this is an awfully crowded field. Can these ads really help Miro cut through the cluttter?

Scott Fish, ACD, Opinionated: Maybe this is creative heresy, but I'm proud of how much branding we have in this spot. Miro is the tool that overcomes the monster. They keep trying all these things—lasers, etc. But ultimately, the solve happens on the Miro board, connecting one idea with another. I'd set this apart from competitor' ads in this space because the novelty is not the fact that these people are in different places. It's what they're working on and how they do it—with sticky notes, pictures, video, etc. This commercial was made by people from Portland, Ore., to Prague, who mostly saw each other in little rectangles on our laptops. This just feels like a natural way to tell stories now.

Why do a monster mash?

Scott Fish: We decided we needed a metaphor. There was no way for a real-life "problem" to speak to everyone. Giant monster? That's a universal language. What we loved about this genre was the way we could contrast old and new. That's why the monster's a dude in a rubber suit, not CGI. It highlights how efficient the team is with this modern tool.

Does the beast have a name?

Scott Fish: We left him nameless so he could be more of a blank slate. He's the deadline, the sales target, the focus group. Whatever keeps you up at night.

He seems downright cuddly at times.

We looked at literally hundreds of old Japanese monster movies and shows for inspiration. He needed to be menacing, but also kinda cute. We like the little details—the baggy legs, the immovable eyes—that make him appear more fake.

Couldn't you get him some decongestants? He slimed the whole set!

Cameron Soane: That actress ended up doing several takes of being covered in thick, green slime [shot from the creature's nostrils]. When she looks uncomfortable on screen, she isn't faking. She was a trooper at perfecting the scene.

Mark Fitzloff, executive creative director, Opinionated: One of the great things about having a tight-knit group is that our moods and creative muses rub off on each other. The Miro spot is very different from the Drumstick campaign. But I agree they both have a childlike playfulness.