Meineke Puts Accent on Funny With a Wacky German Spokesman 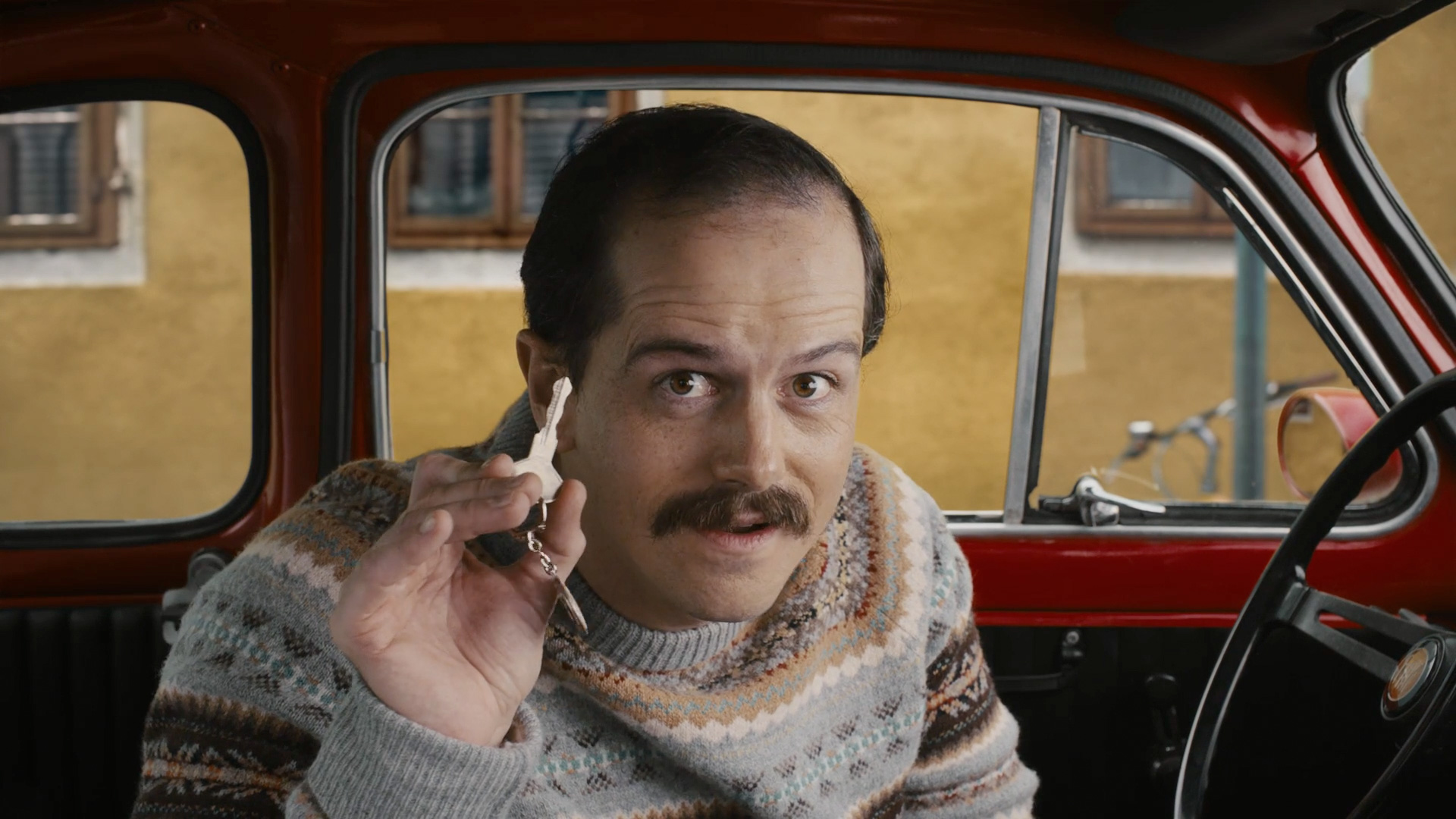 "For auto repairs, I only trust one place with mein key—Meineke!"

The work seeks to re-establish Meineke as "an American household name," says Eric Kallman, chief creative officer of Erich & Kallman, which added the account last year. Meineke held that mantle in the 1990s and 2000s, when beloved boxer George Foreman fronted a series of humorous commercials.

E&K's fresh approach kicks off with Quinn steering a boxy Euro-car across the Atlantic Ocean to sample Meineke's service in America:

"Meineke is so honest," he enthuses, German accent slipping, "and ... what's the word? Transparent! Rock and roll!"

Later, he exclaims, "Mein key—Meineke! I'm freaking out!" as the company's techs evaluate his vehicle:

"Meineke's problem is brand awareness," says Kallman. "People don't know what it is, and we were told that many people don't even know how to pronounce the name. We realized that it sounds nearly identical to 'my key' in German and thought it could be a memorable way to get the name back in people's heads."

Other installments introduce "Friedrich, voted three-times Deutschland's most disagreeable man," and a Ricola-style "horn of celebration."

"Kurt and director Martin Granger were both full of funny ideas throughout the shoot, and a lot of the final jokes you see were improvised by the two of them," Kallman recalls.

This schtick's played broadly, à la Borat. "We took the work into research last fall with our target consumers as well as people of German descent," Kallman says. "They found it funny, charming and informative across the board."

Ads drop this week across TV and radio, with buys on NBA, Nascar, NHL and PGA coverage, plus newscasts and Saturday Night Live.