McDonald's Sweden Goes Back in Time for Lower Burger Prices 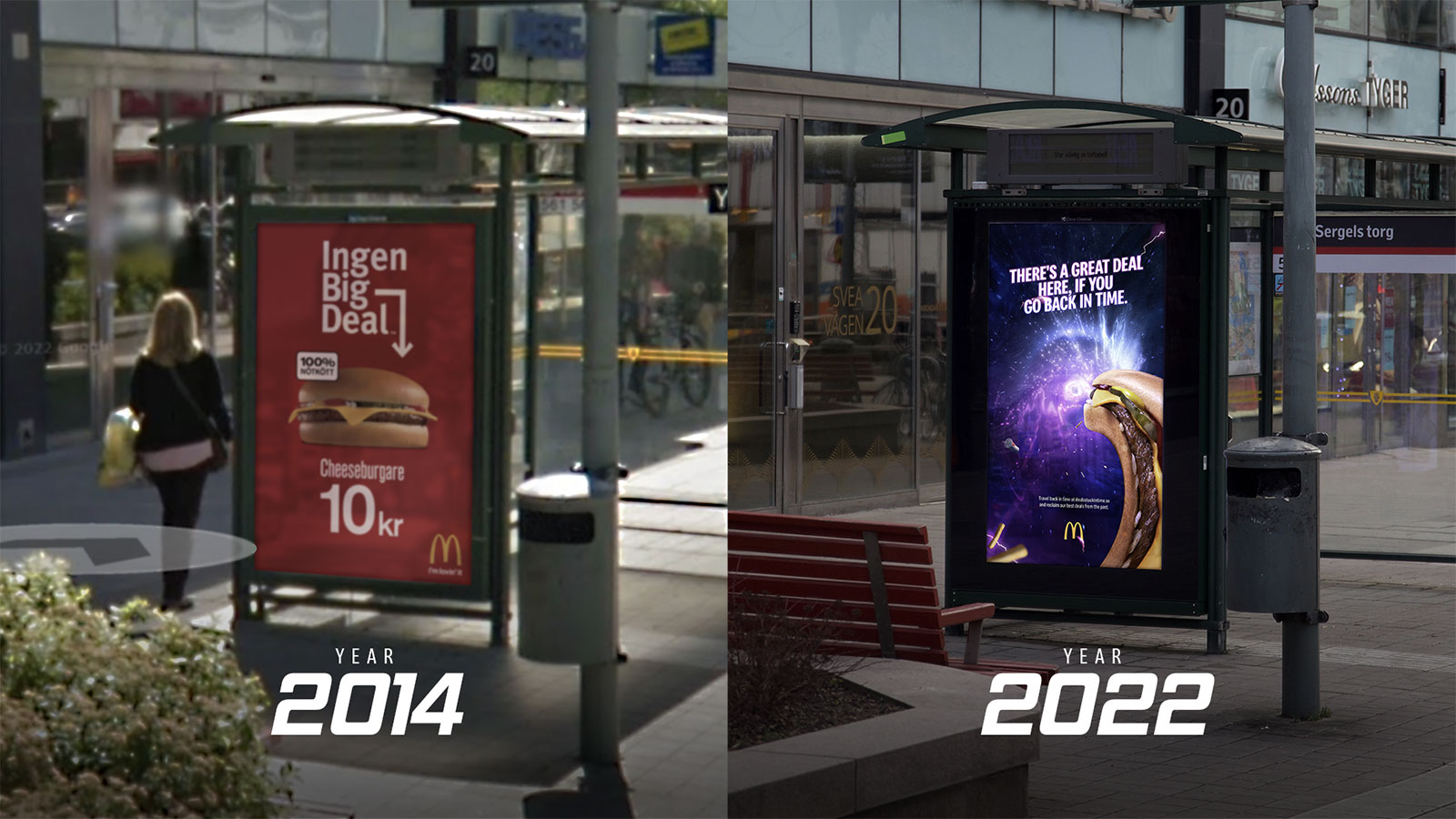 If you could travel back in time, what would you do? Writing down winning Powerball numbers seems like a top option. In McDonald's Sweden's case, the brand went back in time on Google Street View to give consumers a sweet deal on cheeseburgers. Suck it, inflation!

An update to Google Street View lets users turn back time by revisiting geo-locations as far back as 2009. Nord DDB created "Deals Stuck in Time," a campaign that places out of home ads in locations where prior, cheaper McDonald's ads can be found, submitted to a custom website and redeemed via McDonald's app. This 45-second ad further explains:

"Once a deal is unlocked, it becomes available in limited quantities for other users to enjoy as if it was 2009 all over again," says Teodor Nisbel Fjäll, art director at Nord DDB. "Simultaneously, the campaign lets McDonald's use old tactical out of home ads, which are typically a very short-term media investment, many years later." 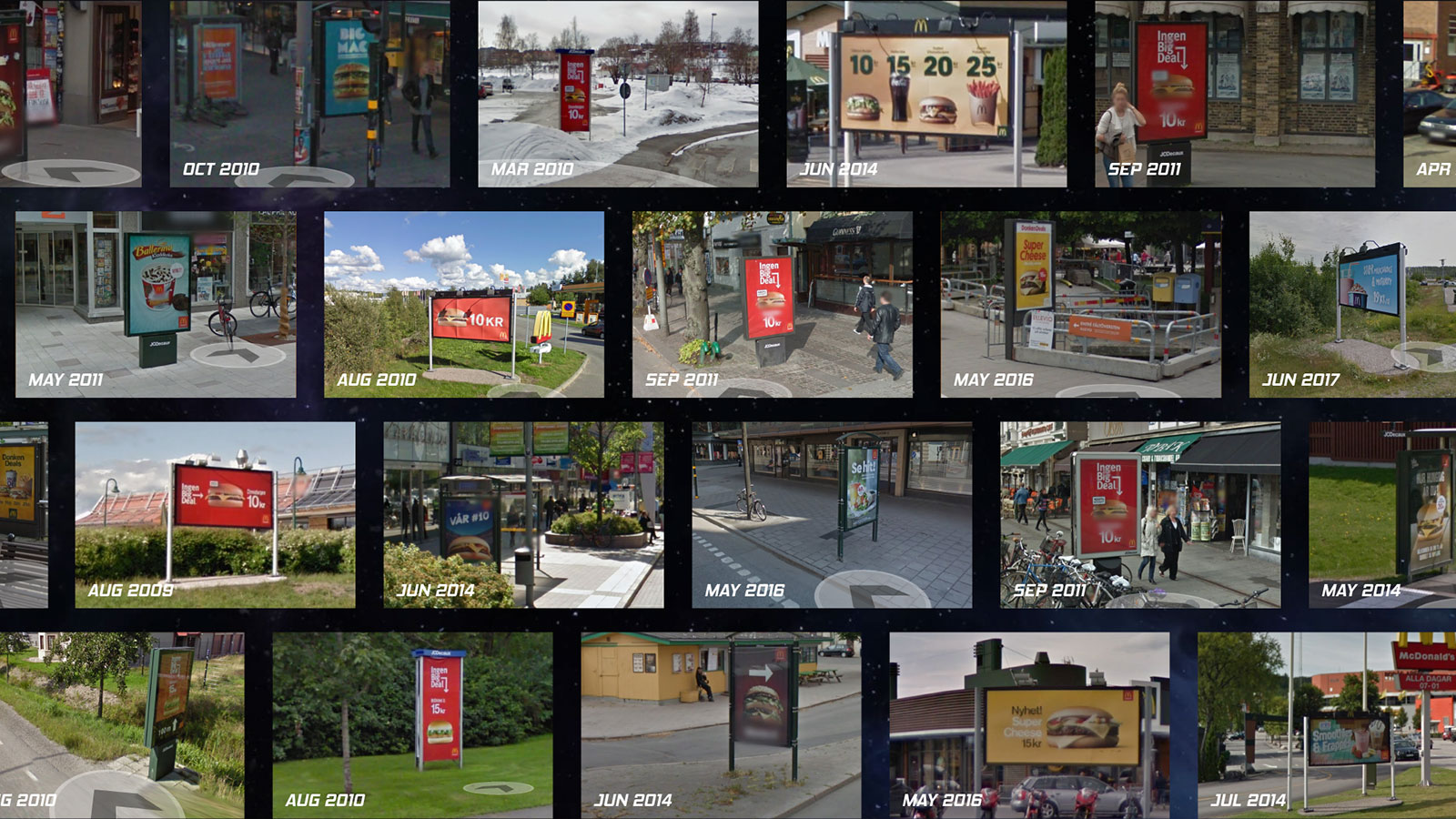 A radio and social media campaign accompanies the video and OOH components. Also, never underestimate consumers' abilities to sniff out a good deal.