Who knew back in 2016, when Matthew McConaughey signed on as Wild Turkey's "creative director," that his duties would eventually involve ... wilderness cabin design.

That's exactly what's happened, as the Oscar winner, who turned 50 last month, appears in a new Wild Turkey campaign titled "With Thanks" that has included the construction of a McConaughey-designed "off-grid" cabin in Australia—whose first home, last month, was on Bennelong Lawn overlooking Sydney Harbour and the Sydney Opera House.

The cabin has since been relocated to a remote area of New South Wales' Central Coast. And yes, it's open to bookings from the public—with a percentage of proceeds donated to the Foundation for National Parks & Wildlife. In addition, $1 from every bottle of McConaughey's Wild Turkey Longbranch whiskey sold in November and December is being donated to the foundation.

The point of the campaign is to encourage more Australians to reconnect with the wild and to protect and preserve the Australian wilderness for future generations.

Wild Turkey worked with PR agency Eleven and an Australian tiny-house startup named Unyoked to create the campaign. Below is the launch video, in which McConaughey gives a little tour of the cabin—which is called The Reserve—with Cam and Chris Grant, the twin brothers who founded Unyoked.

It's a departure in form, if not in tone, from the always somewhat oddly sincere commercials McConaughey tends to make for brands he loves. The cabin looks nice—for a high-end, slightly overbranded, booze-infused mancave—and the intentions behind the project are clearly good (and certainly put the "wild" in Wild Turkey).

"I've always been in awe of Australia's natural beauty," McConaughey says. "My hope now is that The Reserve by Wild Turkey x Unyoked cabin will inspire Australians to reconnect with nature as an antidote to the frenetic pace of life. I'm also proud that the cabin will form part of the Australian Wild Turkey 'With Thanks' initiative that will support people and organizations who demonstrate unwavering conviction to preserving and protecting Australia's great wilderness and wildlife."

See pics of the place below (click the smaller images to enlarge): 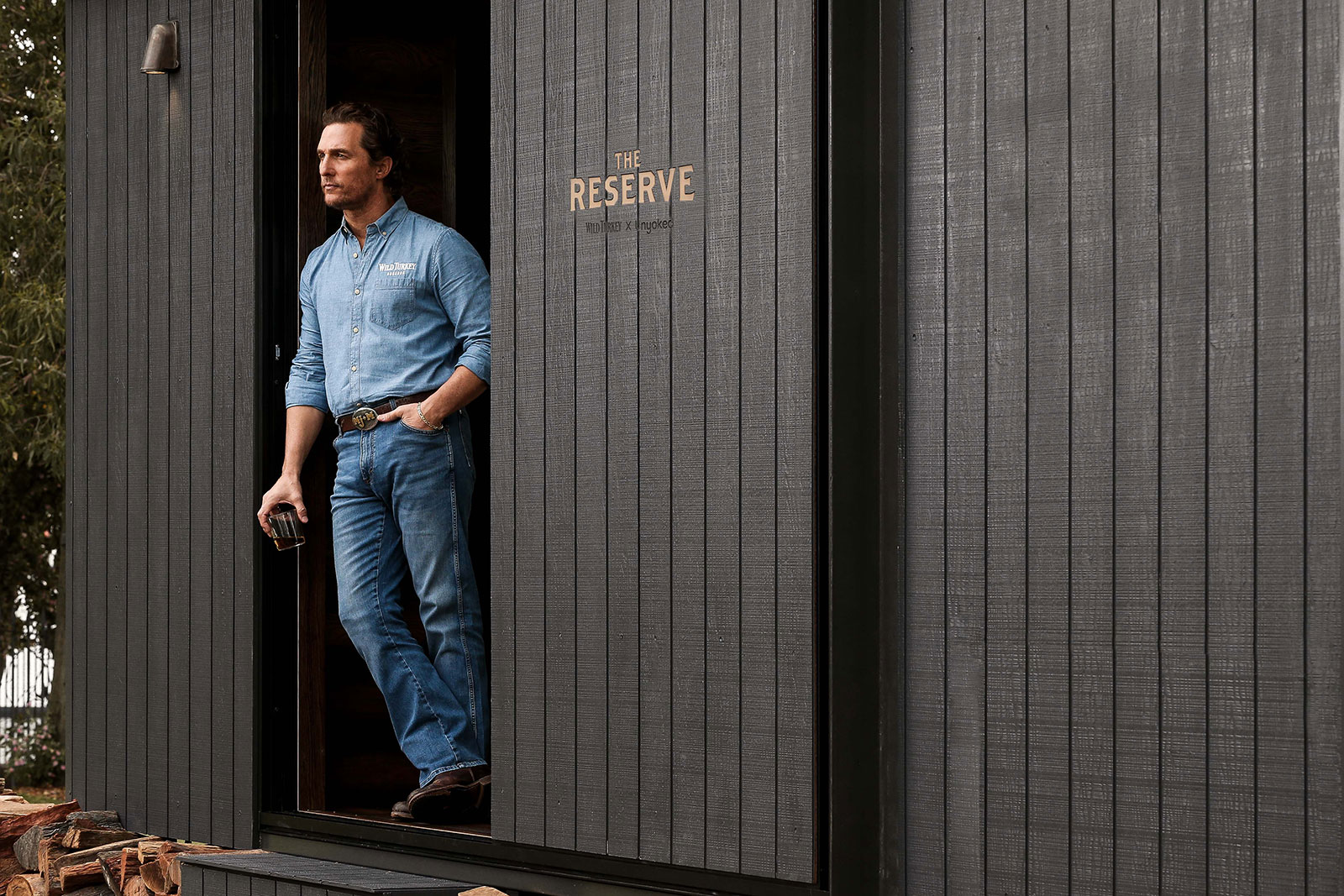 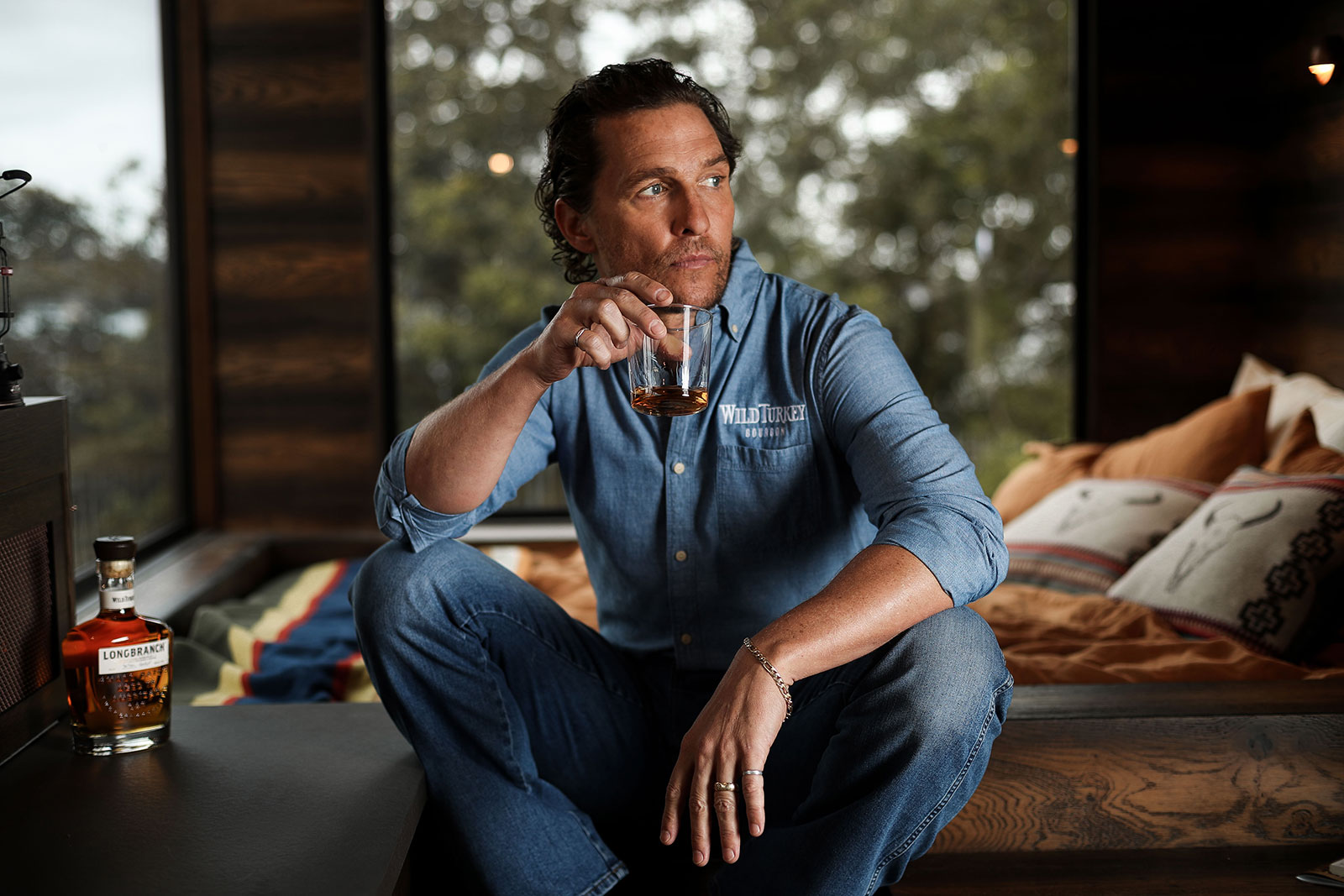 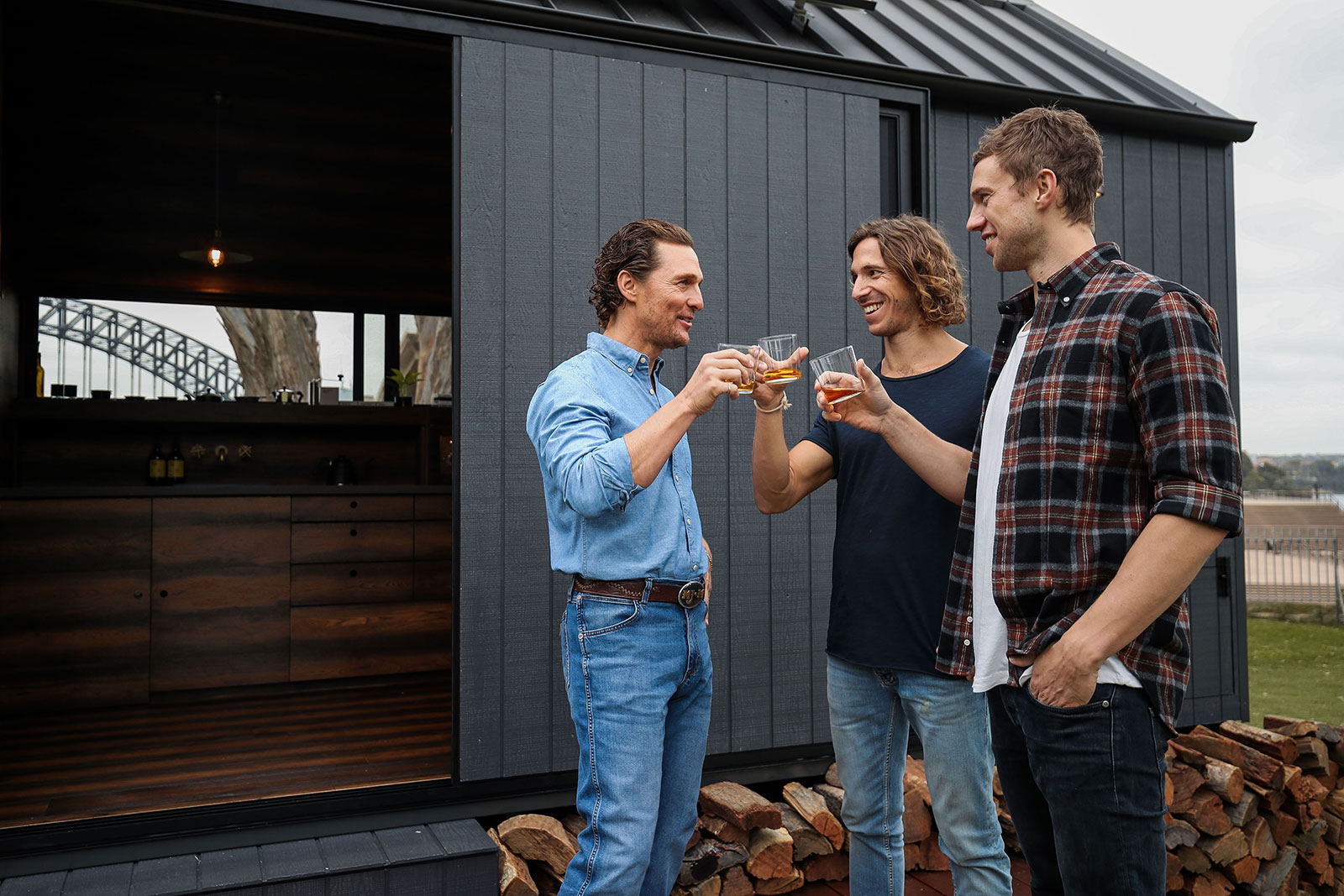 The campaign follows two new Wild Turkey video initiatives with McConaughey in partnership with Complex—interview series "Talk Turkey" and docu-series "The Spirit of Conviction," both of which explore "trailblazers from influential movements who are helping to define culture through acts of personal conviction."

"Our local brand purpose for Wild Turkey is to encourage Australians to connect with themselves and the real outdoors, so we are passionate about working with people who have an unwavering commitment to protecting and preserving the wild," says Nicole Stanners, marketing director of Australia and New Zealand for Campari Group, which owns Wild Turkey. "Through an organic and authentic partnership between our creative director Matthew McConaughey and Unyoked, we've been able to create an immersive physical wilderness experience for consumers that also gives back to the conservation community."

"We wanted to create a platform with purpose and meaning," adds Russ Tucker, executive creative director at Eleven said. "Creatively partnering with Matthew McConaughey and Unyoked helped us build something real and meaningful. Encouraging more Australians to disconnect, in order to reconnect with the wild." 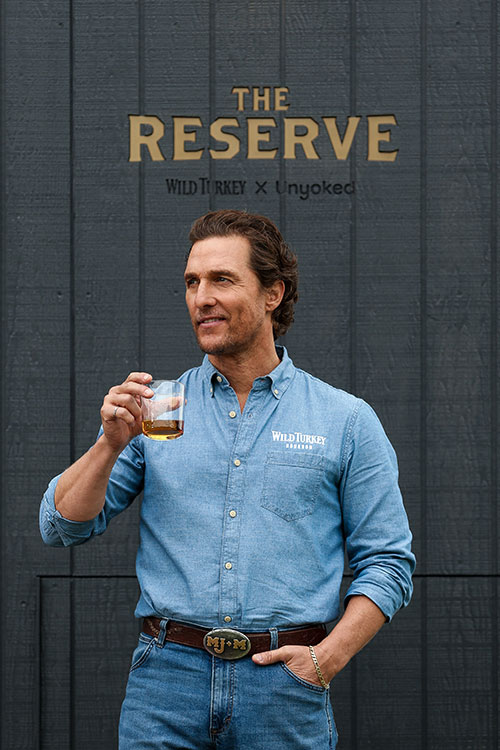