It's Butterworth's holiday work for NIPYATA! 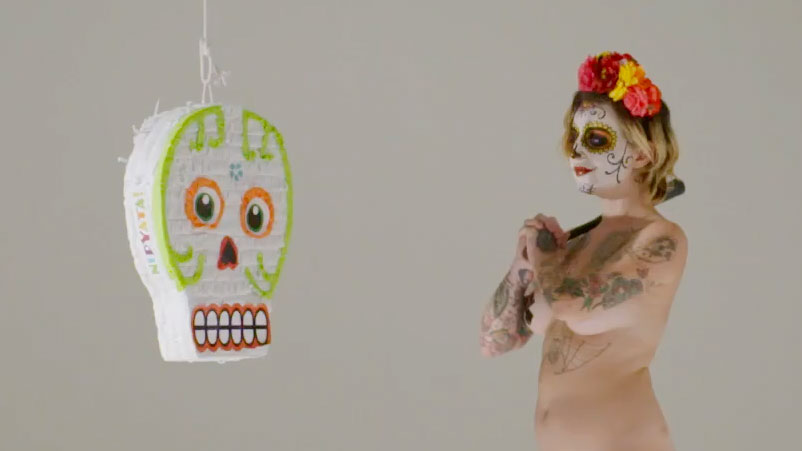 When your client's product is piñatas filled with nips of alcohol, you've already got something pretty festive to work with. But Butterworth Collective goes above and beyond for its holiday campaign for NIPYATA!—with ads featuring naked people going to town on the piñatas with abandon.

Two spots bring some cheer to the end of a difficult year, while promoting body positivity and inclusivity with the choice of models and outfits (or lack thereof).

In a year that's been mostly dedicated to covering up, it's certainly a change of pace to have everyone strip down. But chief creative officer Jeffrey Butterworth says safety, of course, was still a top priority.

"So, yeah, shooting during Covid is all the things you've been hearing about with the protocols, but one thing I seriously thought about—but not 'til the day after—was that me and the other director should've been directing naked, or in a g-string maybe," he says. "Just to help lighten the mood and keep the energy high. Alas, I thought of this too late."

One of the talent was a no-show, as she was feeling sick. "Another talent showed up with a 105 temperature," Butterworth says, "but it was a warm day, so it turns out she was just out on the town and hot. She sat in her car AC and she was fine with a normal temp."

Beyond that, "everyone was very light and fun—we really wanted that to come through, so the set was really positive and encouraging," he adds.

So who, exactly, buys alcohol-filled piñatas?

"The product itself is pretty widely bought, and can be purchased for celebrations and such, but is also given as gifts quite a bit," says Butterworth. "It's become a popular boozy gift for people who haven't been able to visit with friends." The products can be used "as a table decoration, a prop and obviously a ridiculously fun conversation starter—engagement gifts, birthday gifts, bachelorette gifts, holiday gifts, and of course Cinco de Mayo."