Actress returns to role after three years away 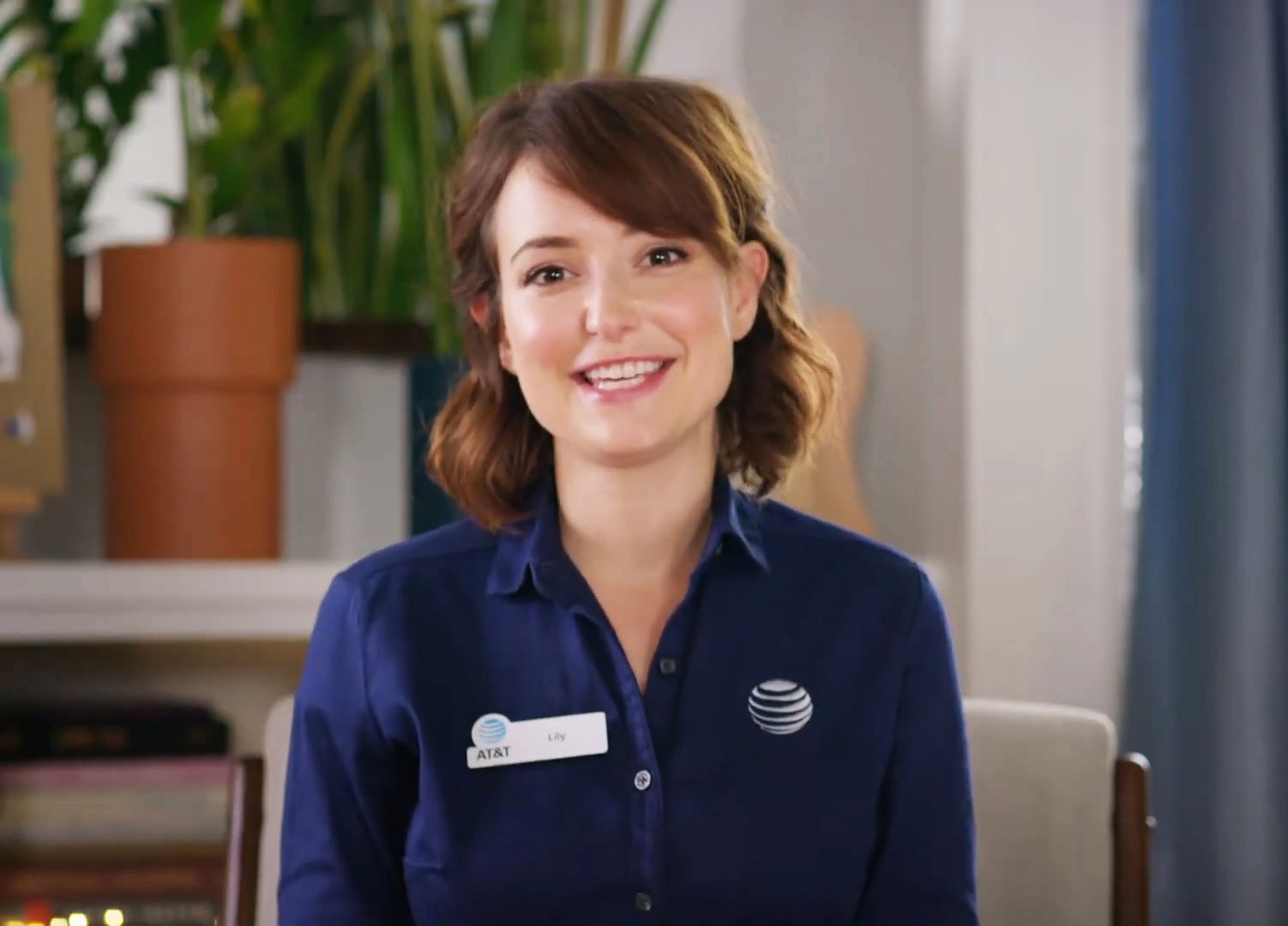 Now, instead of managing an AT&T store as she did in 40 previous commercials, Lily works from home, fielding customer queries about 5G and iPhones via video chat.

Actress Milana Vayntrub reprises her role, which she originally played from 2013 to 2017. Also a commercial director, Vayntrub filmed the ads in her residence with on-set assistance from her boyfriend. (We're told he's an architect, so he presumably knows a thing or two about homes.)

"Throughout the years we had seen a steady stream of social media comments about bringing Lily back, so we're excited that we found the right time to finally do it," AT&T vp of advertising and social media Marc Burns tells Muse. "She was always very loved in the original slate of ads, and we hope that love and familiarity will resonate with the mass audience we're targeting."

Vayntrub directed the new :30s with remote-controlled cameras and input from her crew at Hungry Man, who coordinated the workflow with video conferencing and editing applications.

"Bringing Lily back makes sense in this moment for so many reasons," Burns says. "She captures so many of the wonderful characteristics and spirit of our AT&T employees. She'll continue to shine a light on the work they do every day."

Last week, L'Oréal and McCann took a similar approach in a hair-coloring spot starring longtime spokesperson Eva Longoria, who directed the product demo from her house in L.A.

In other beloved-brand-character news, Progressive's Flo and Jamie never went away (cheers? groans?). Meanwhile, Jake from State Farm returned pre-pandemic, though he just doesn't seem like his old self.