Liberty Mutual Repeats Itself in This Fun Print Campaign

For the insurer, once is never enough 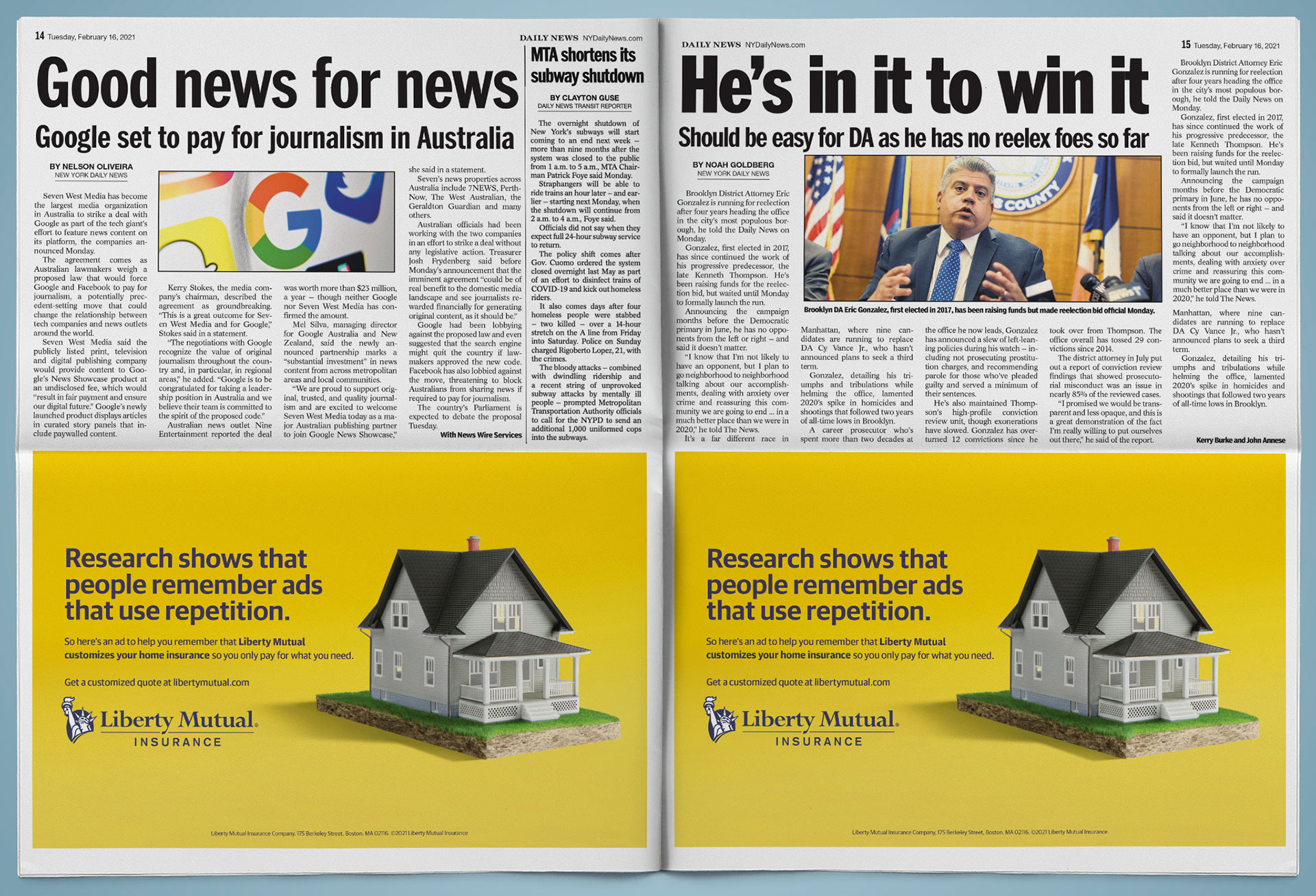 With this maxim in mind, Liberty Mutual repeats itself in cheeky work from Goodby Silverstein & Partners, running the exact same ad (see above) on facing pages of newspapers such as the New York Post and New York Daily News.

"We commit so ridiculously, desperately hard to using each technique that it's somehow still surprising," GS&P New York creative director Cam Miller told Muse when the flight launched in November. "Also, as advertising people who have relied on these tropes, we're essentially poking fun at ourselves, which I think people can appreciate."

“Whether it’s on TV,  or in print or in a subway car, we constantly see brands repeating what are essentially the same messages over and over again,” Miller says of the latest work. “This campaign is all about finding those tried-and-true tactics that advertisers have used effectively for a very long time and, and then using the same tactics ourselves in an offbeat way. Repetition is one of the most recognizable of those tactics. The fact that it made it so easy to come up with the second print ad was very convenient."

Coincidentally, the stars of Liberty's "Limu Emu and Doug" spots are looking like twins these days: 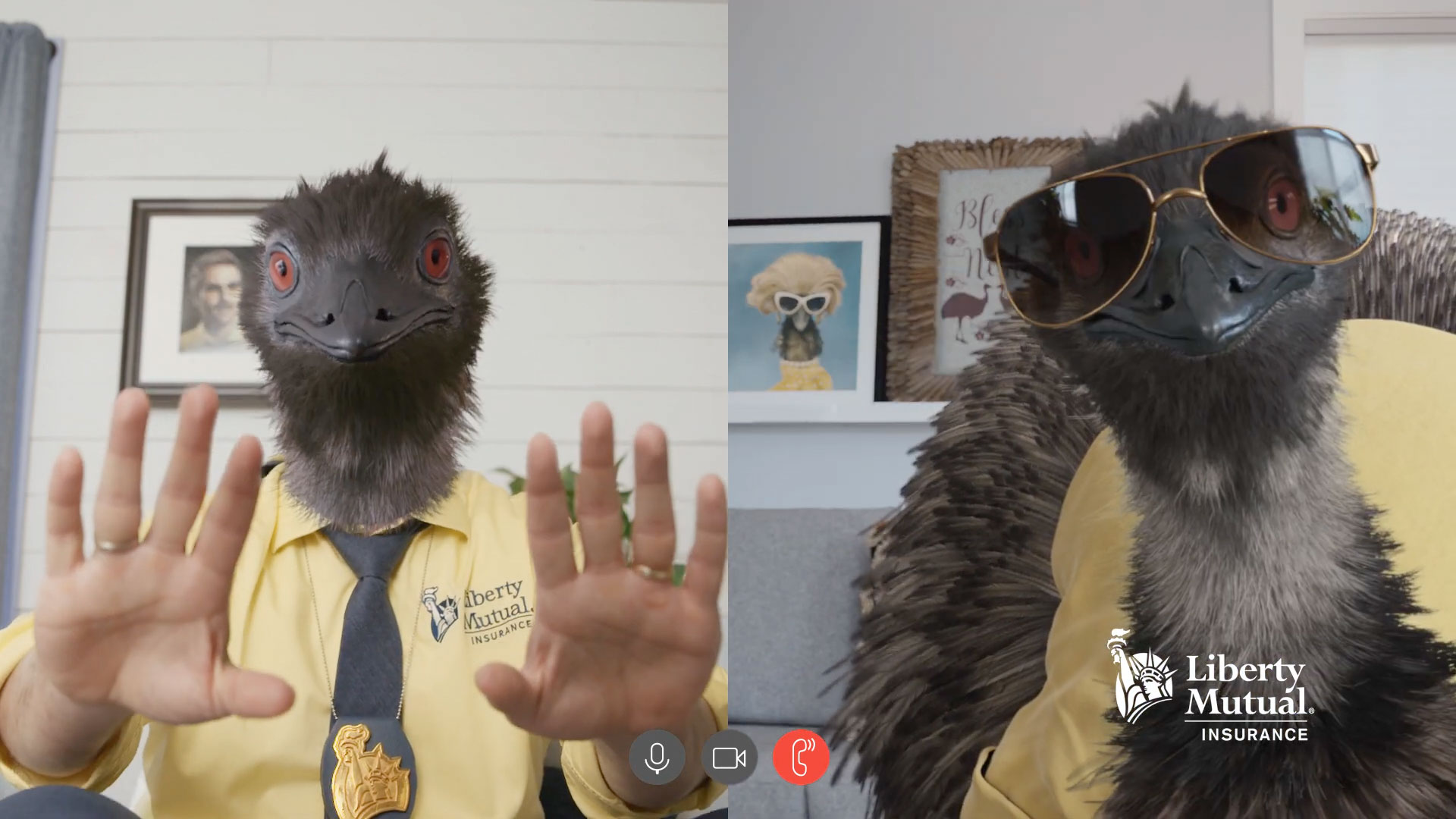