KFC Courts a Younger Crowd in First Ads From MullenLowe 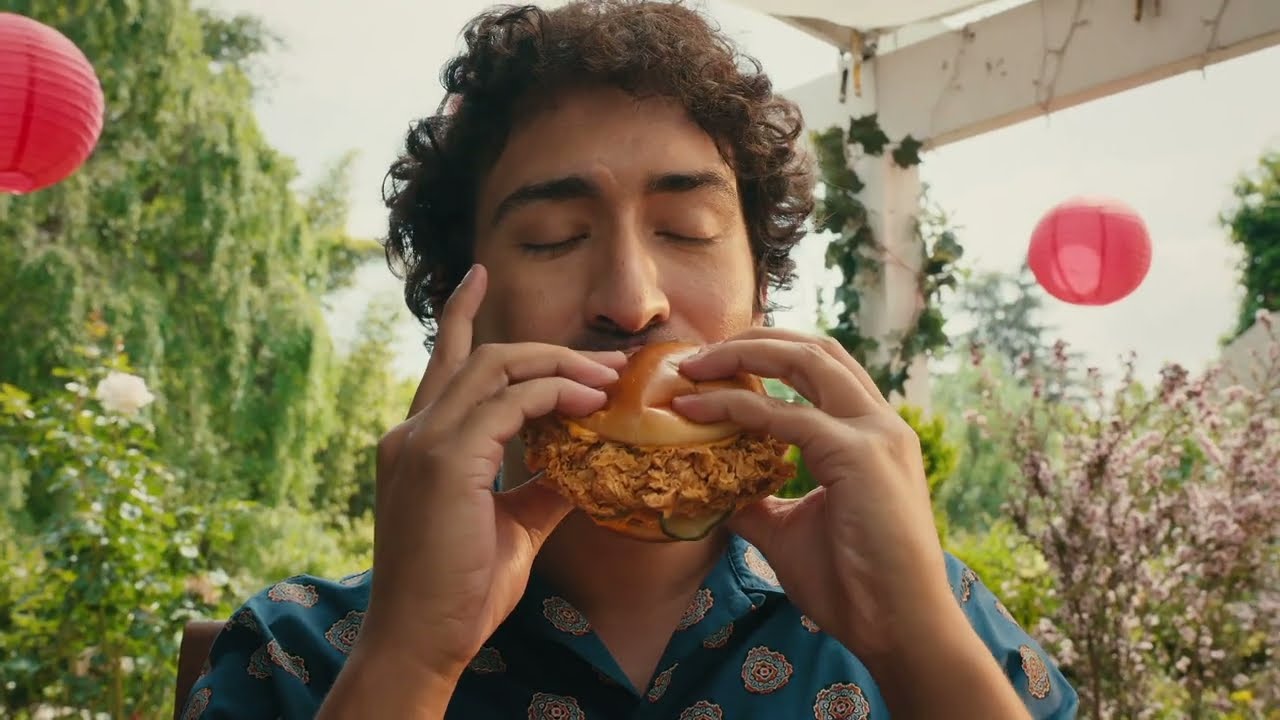 You like sexily squeezing that bun before scarfing down a KFC sandwich, or slathering those Extra Crispy Tenders in gooey mashed potatoes and gravy? Colonel Sanders heartily approves!

In its first work for Yum Brands' KFC since winning the business in February, MullenLowe targets millennials and young families with a mix of classic tropes and fresh attitude.

Sanders—voiced in perky style by Jim Meskimen—narrates a series of spots directed by Smuggler's Allie Avital. In the :30 below, the Colonel grows increasingly enthusiastic as the camera sweeps around a suburban kitchen table. He celebrates the diners' meal choices and gastronomic idiosyncrasies, proclaiming everyone and everything "Finger lickin' good!"

KFC | Around the Table

While retaining familiar elements like Sanders and the tagline, "we have shifted the focus and made the food the star. The new platform is about the people and the good food," Enrique Camacho, group creative director at MullenLowe Boston, tells Muse.

"Our brief was to expand KFC's core target from a 55-year-old audience to also include younger generations like millennial families, millennial singles and Gen Z," adds agency strategy director Mike Cassell. "When looking at what would resonate with these younger targets, we found that they pride themselves on unapologetically indulging in the things they love. And they love fried chicken. So, they're unapologetically themselves when eating fried chicken."

Bottom line: "We wanted to go all in on 'Finger lickin' good,' elevating it from an attribute to an attitude," he says.

So, we've got a tried-and-true formula—in essence, Burger King's "Have It Your Way" ethos tweaked for the eat-branded-grub-at-home generation—with dashes of KFC nostalgia and a renewed emphasis on taste.

The work marks a notable change from the efforts of former lead agency Wieden+Kennedy Portland and its wacky parade of Colonels. While amusing, MullenLowe's ads feel firmly mainstream, more mild than spicy.

Still, this is just the first serving. It arrives as KFC notched a 5 percent rise in sales for its most recent quarter, beating analysts' estimates. So, there's no immediate business crisis to solve, and time for the approach to evolve.

" 'Finger lickin' good' is what takes things to 11," Camacho says. "It's when people are their most unapologetic selves and indulge in the things they love. Throughout this campaign, we will use different channels to showcase that attitude, how it is better than just good, and hopefully get people to crave it."

Social elements and :06s are also in the mix.