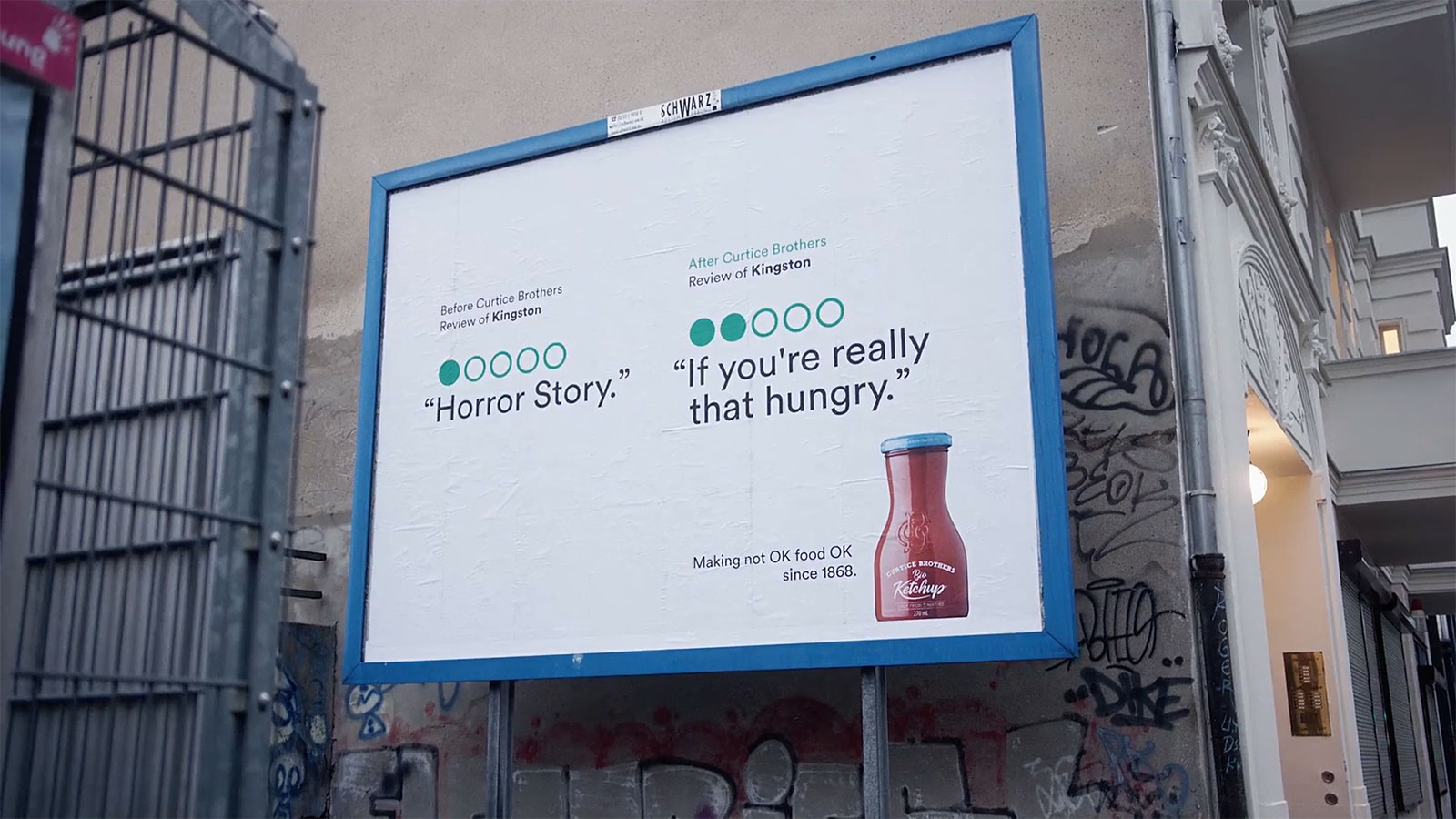 Blind taste tests were all the rage back in the day. Who remembers the Pepsi Challenge?

Nowadays, there's online reviews. And most are savage. Curtice Brothers, a ketchup maker, did a solid for low-ranked restaurants in Berlin with "Ketchup to the Rescue." It was a long game, but reviews improved—marginally—for these subpar establishments.

One restaurant went from "walk on by" to "not the worst option." Another was "horrible" and now it's "OKish." One-star restaurants now boasted ... two stars. One restaurant jumped four spaces in its ranking, from 5,656 to 5,652.

Ogilvy Berlin scoured the lowest Tripadvisor-rated restaurants, gave them bottles of Curtice Brothers to place on their tables, and sat back and waited for new reviews.

Once that happened, OOH ads were created and placed close by the establishments to draw additional attention. Ads showed before-and-after reviews along, with the footnote that Curtice Brothers has been "making not OK food OK since 1868." The campaign will expand to additional countries, with England most likely next.

Curtice Brothers | Ketchup To The Rescue

So how did a brand that won best ketchup in Germany in 2020 align with such a tongue-in-cheek, self-deprecating campaign?

Muse spoke with Felipe Galiano and David Krueger, creative directors at Ogilvy Berlin about the "Ketchup to the Rescue" campaign and how an award-winning condiment can only do so much.

How did you come up with the idea?

Felipe Galiano: We were researching all the awards and endorsements that attract people to certain food brands and found that the most brutal critics were not necessarily the big chefs or international competitions, but the online public. There is an honesty you get there that you won't find anywhere else. People have the freedom and transparency to say what they really think without any filter, and they do. That's when we realized this would be the ultimate test. That’s where we would see if there is a difference that Curtice Brothers ketchup could make.

What did Curtice Brothers think, and how did the restaurants react?

David Krueger: Curtice Brothers were skeptical at first because they normally align with high-end restaurants, so they were nervous of being associated with low-rated restaurants. But realizing they are a niche brand trying to make a big impact, they rose to the challenge. The restaurants were obviously very pleased with the positive effect of the campaign and were incredibly collaborative.

How long until feedback came through?

Felipe Galiano: This ranged from restaurant to restaurant, but in general it took about two months.

What was the overall campaign goal? 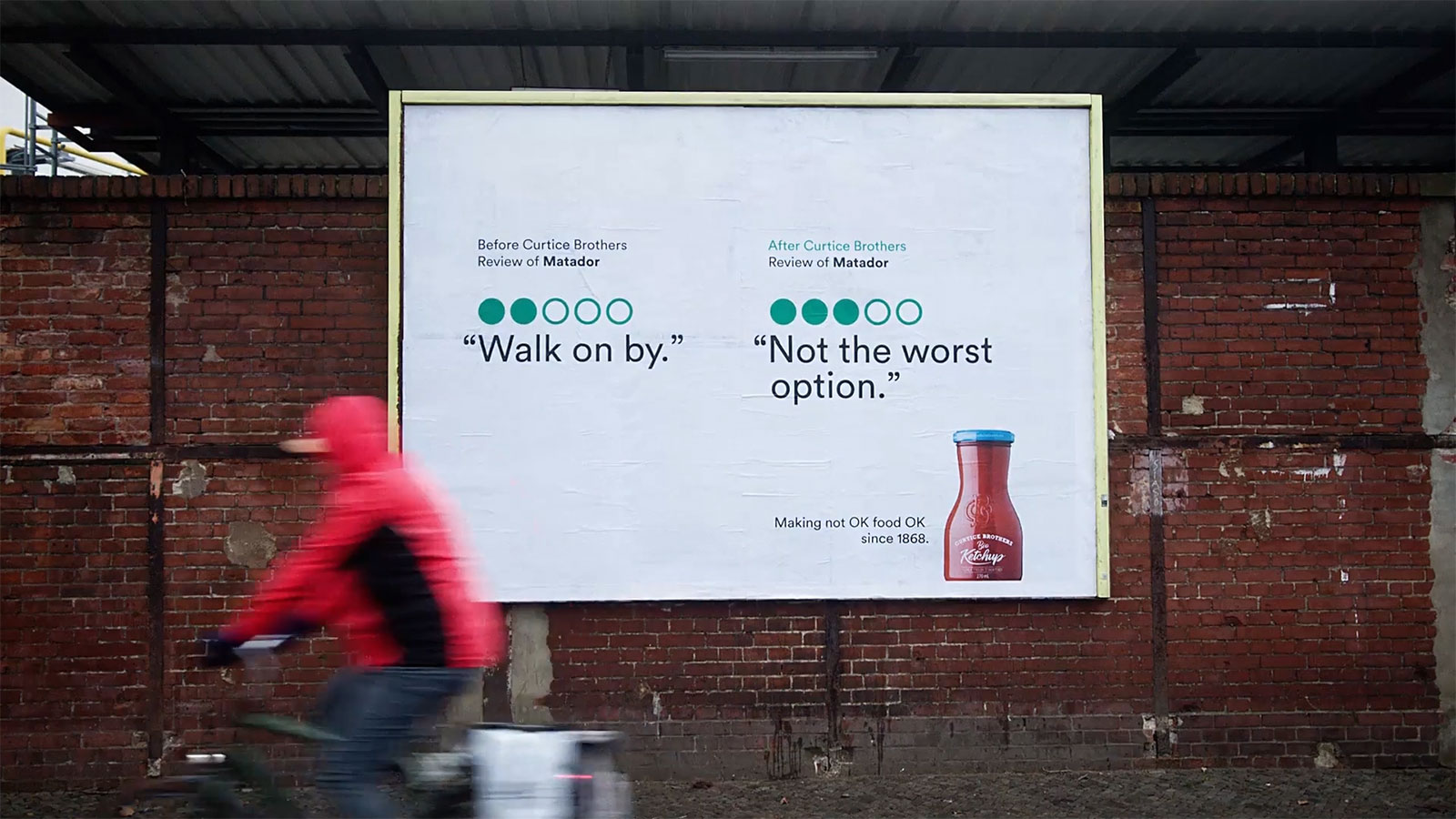 Were there any challenges to creating the campaign?

Felipe Galiano: It was hard to get the restaurants to face the fact that they have a low rating. A lot of the restaurants were in denial regarding their quality. Getting them on board was tough. And the internal struggle within Curtice Brothers to have their premium brand associated with low-end restaurants was a very difficult discussion. But they really pulled through, and their bravery was rewarded.

Anything else we should know about the campaign?

David Krueger: Media logistics were very challenging. To match the locations with the restaurants required a lot of media planning on OOHs and digital geo location banners. We knew how important it was to find the right locations to deliver our message across. 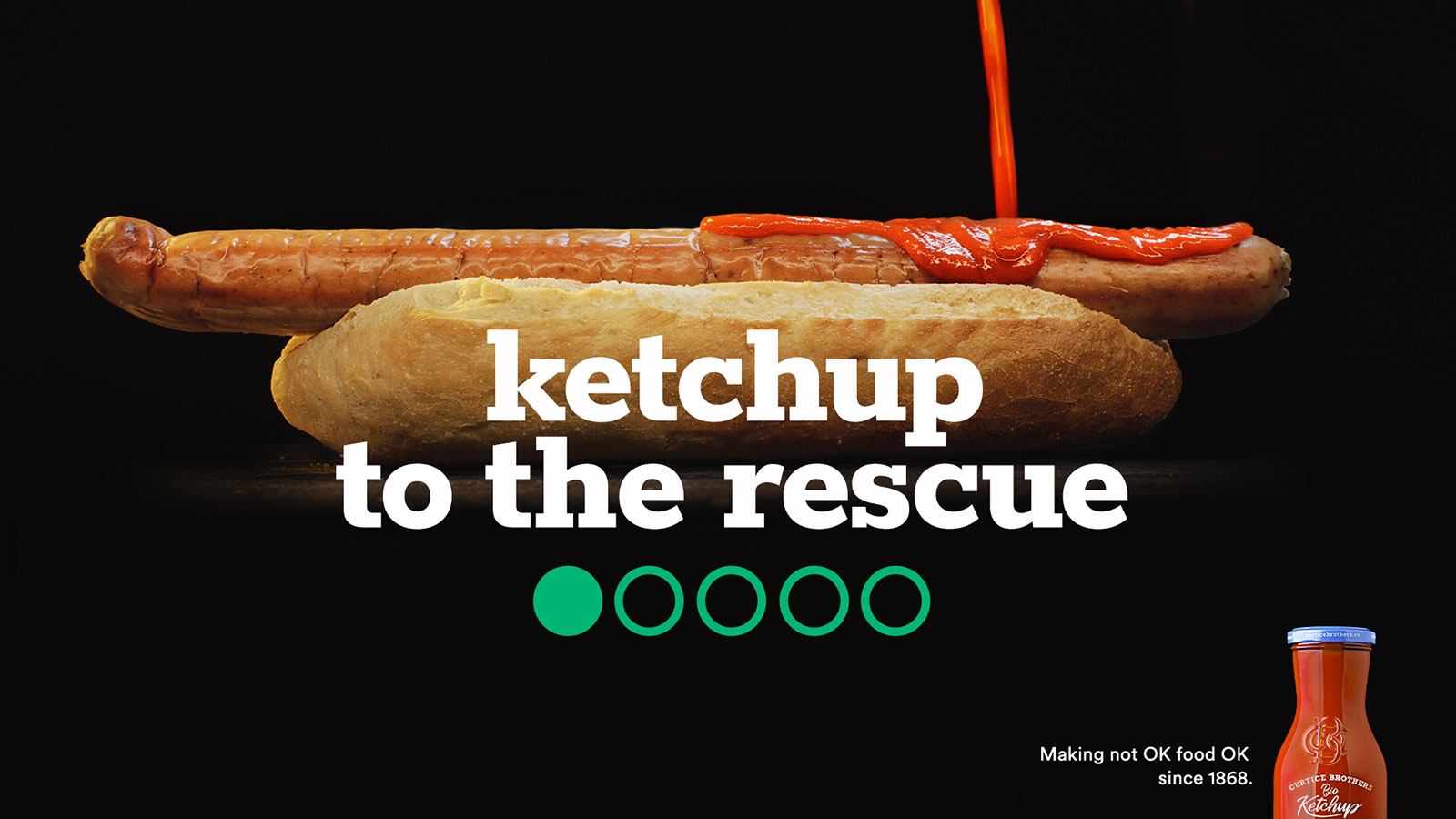