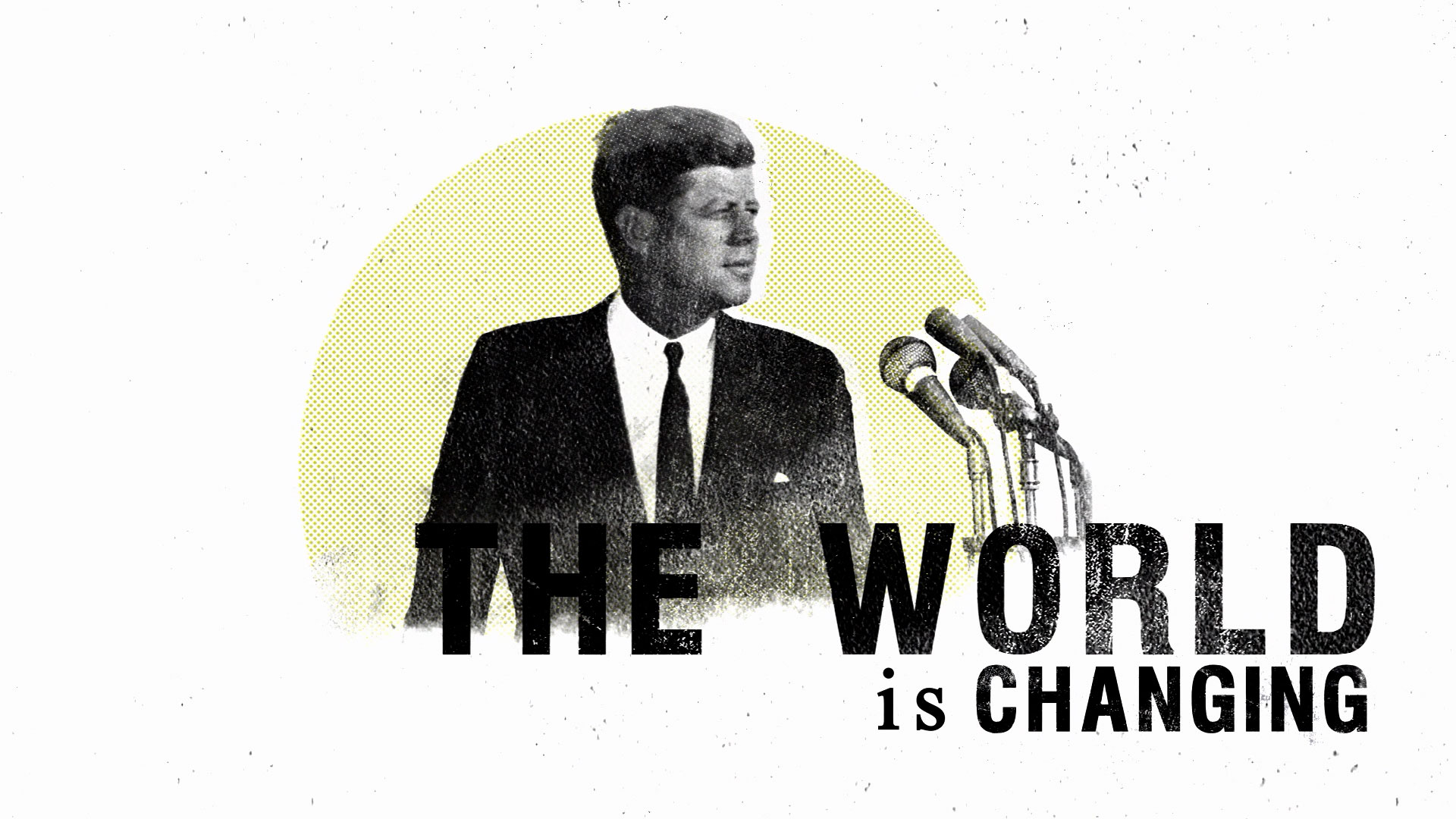 "Let both sides explore what problems unite us instead of belaboring those problems which divide us."

A man who became president of the United States once said those words. If you're guessing it wasn't Donald Trump, well, d'uh.

John F. Kennedy turned that particular phrase during his epic "New Frontier" speech 60 years ago today, as he accepted his party's presidential nomination at the Democratic National Convention in Los Angeles.

In that oratory, Kennedy stirred memories of Franklin Delano Roosevelt's Great Depression-busting New Deal policies and called on Americans to meet the challenges of the 1960s, which he dubbed "the frontier of unknown opportunities and perils, the frontier of unfilled hopes and unfilled threats."

Such times, he argued, cried out for the vigorous leadership and bold ideas that a Kennedy administration could provide.

That November, he was elected our 35th president, and the term "New Frontier" entered the lexicon, synonymous with the enlightened social programs and progressive overseas agenda JFK would champion until his assassination in 1963.

Now, the John F. Kennedy Presidential Library and Museum and The Martin Agency have launched a campaign that uses JFK's historic speech to subvert the current climate of polarizing rhetoric and demonstrate that thoughtful discourse can help ignite change.

You can catch more of the "New Frontier" speech in this video:

"In a time of historic uncertainty, it's easy to feel that the future is out of our hands," says JFK Library executive director Rachel Flor. "We hope that hearing President Kennedy embrace the idea of a new era serves as an inspiration as we face unprecedented change, and that his call to 'pioneers' of the new frontier is a reminder of the responsibility we each have to make this new world a better place."

"The majority of people in the country were not alive when JFK spoke these words," adds Martin Agency senior art director Ty Harper. "It's a refreshing reminder of the optimistic, inspirational leadership and wisdom we've had in our country."

Yeah, where's that been for the last three and a half years?

The Library invites users to share their own visions for a brighter tomorrow via the #NewNewFrontier hashtag on Twitter. Many of these submissions will be aggregated on the project's website and distributed to policy makers, nonprofits and influencers.

Such aggregation "will not only inspire people to think of what we as a nation can achieve but show us that we are not alone in our ambitions," says agency planning director Cecelia Parrish. "We'll invite politicians and cultural thought leaders to join in, offering their support and pledging to help achieve the vision for the future. Ultimately, we want these thought leaders to help us start bringing some of the top ideas to fruition."

That sounds a bit pie in the sky. And anything with JFK branding tends to preach to the left-leaning choir. Still, the initiative could spark contemplation and debate, and even foster community. If nothing else, it showcases presidential rhetoric as a positive force—a notion that's been sadly absent of late.

"We wanted to go beyond inspiration and get people to do something, because they are the ones who are going to create the new normal, not the people in charge," Parrish says.

#NewNewFrontier builds on Martin's past efforts for the client, which "focused on the power of JFK's words against today's challenges," Parrish says. "That is still at the heart of this idea. His words are so relevant to what's happening today and a powerful reminder of what a true leader sounds like. We wanted to bring that notion to life, but in a more active way than the 'Words Count' campaign" which shared JFK quotes using the @JohnFKennedy Twitter handle.

"JFK believed in the power of people to shape the world—it was a core tenet of his presidency, and it's something that is needed now more than ever," Parrish says. "The future of our country rests with its people taking action. We've seen that come to life in the last few months as more and more people question 'normal,' and fight to create a better 'normal,' that is truly equal, representative and fair for all."

"We are encouraging every citizen to dream big about what the next bold ambition should be for our nation to accomplish by the end of this decade," she says. "We want to inspire everyone with just how much we're capable of achieving when we work together."

As POTUS 35 once said: "It would be easier to shrink from that new frontier, to be lulled by good intentions and high rhetoric. But I believe that the times require imagination, courage and perseverance."