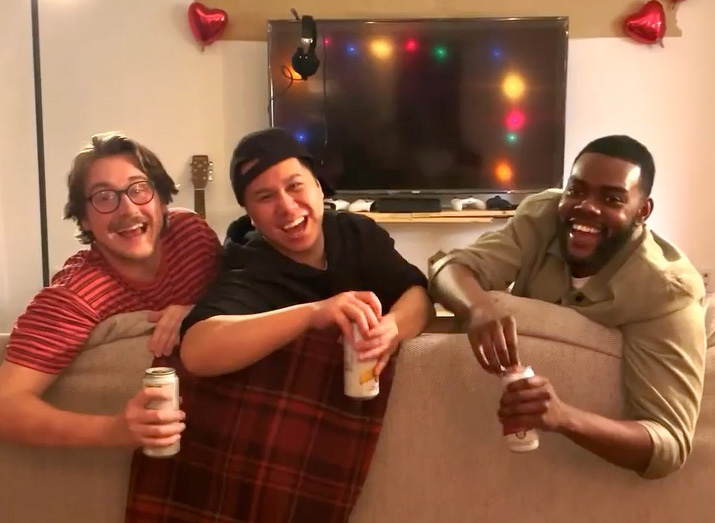 Yo, dudes, it's the perfect day to "put bae on do not disturb" and show your platonic bros "some tenders, love and care."

Canadian bar & grill Jack Astor's offers such sage advice in a funky, low-budget campaign that riffs on the Feb. 13 "Galentine's" phenomenon of women celebrating their friendships.

That chain with an oh-so-classy name devised a promotion called "Palentine's Day" for Feb. 15. Finally, a holiday for wingmen who dig wings drenched in BBQ sauce.

"We're all about that lady love, but it got us thinking ... what about the boys?" offers a bruh in the social clip below.

"It's 2022. It's, like, time to get progressive," another replies. "Cause there's nothing wrong with showing some platonic male love to your best pals."

Director Clay Stang from Toronto agency The Garden shot that ... gem? ... on an iPhone. The three guys knew each other from the local comedy scene, so their bud vibes freely flowed.

"While we wrote a script, we always wanted improv to be a big part of this spot," says copywriter Nuala Murray. "That's why we hired talent with comedy experience. We encouraged the pals to have fun and improv, making it feel less 'ad-y' and more like a video your favorite comedian might post on their IG."

She adds: "We did think there was a possibility that the guys would be shy about having to do all this 'bromantic' stuff, but they leaned right in. As soon as we got them geared up in their bro-garb—crocs and bucket hats—and got the pong balls in their hands, they really got into character. By the end of the night, they were hugging and kissing the top of each other's heads like they'd been pals forever."

So beautiful ... tearing up. Pass the Kleenex, and some slaw.

Astor's celebrates "Palentine's" across its 37 locations by giving away free beer-pong sets with every dinner special. Viewers can tag friends on social for a chance to win $100 gift cards.

For more post-Valentine's bonding, check out "Love Thy Partner," Anomaly's effort to pair up copywriters and art directors for creative bliss.