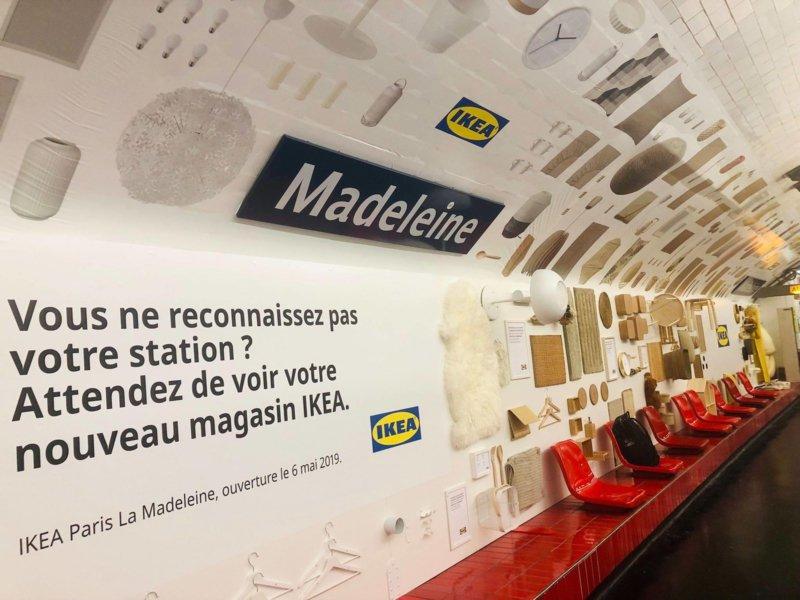 Ikea Transformed an Entire French Subway Station into a Showroom

Just one small thing it forgot to account for ...

To promote the opening of a concept store in the well-to-do Madeleine area of Paris, Ikea transformed the local Métro station into a full-fledged showroom, its walls playfully decked with 1,500 products.

The work builds on Ikea's plans to open mini-stores in urban hubs, making homemaking jaunts more convenient for city-dwellers who don't own cars. That most such people travel via subway makes this takeover ludicrously sensible; it's hitting the target right as they're passing through, to work or home. It's a wonder nobody tried tearing off a lampshade.

The Madeleine store opened May 6. At 54,000 square feet across two floors (including a meatball station!), it's about one-fourth the size of a typical Ikea, reducing the angst of getting lost in an endless labyrinth of bedrooms we'll never have the strength to build ourselves.

Some $400 million will be spent to open such stores in Lyon and Nice, according to Fast Company; a Manhattan version launched last month.

Now that we've mentioned money, it's only fair to address the one stinging critique we've seen of the Métro activation thus far: Subways are where people in dire straits tend to congregate or sleep. It's a bit in bad taste to deck the walls in quilts and cushions they can't use.

This should be basic reconnaissance work for any type of execution. Never mind that the Yellow Jacket movement is still in full swing; this work too easily invites classist contrasts, given that everyone knows underground stations pretty much always play host to Those Less Fortunate, for what are hopefully obvious reasons.

Then again, this is Capitalism. It doesn't seem like many people noticed. But that perhaps makes this worse, not better. 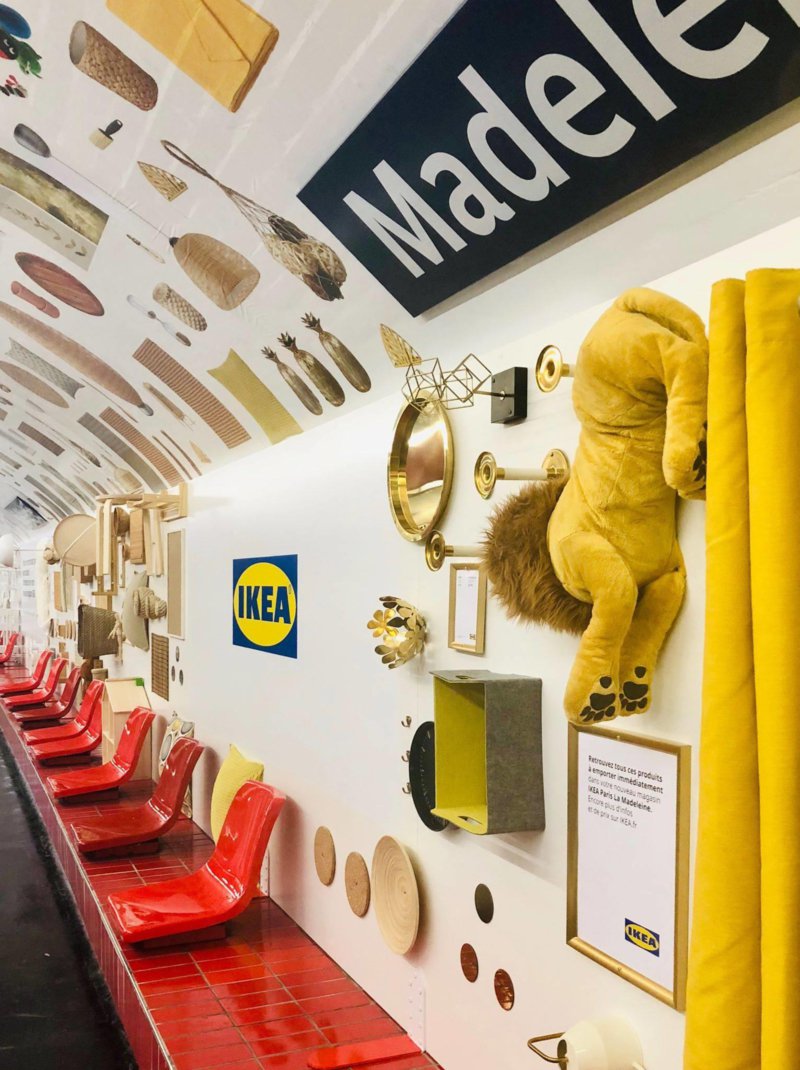