Together, they 'bring home to life' 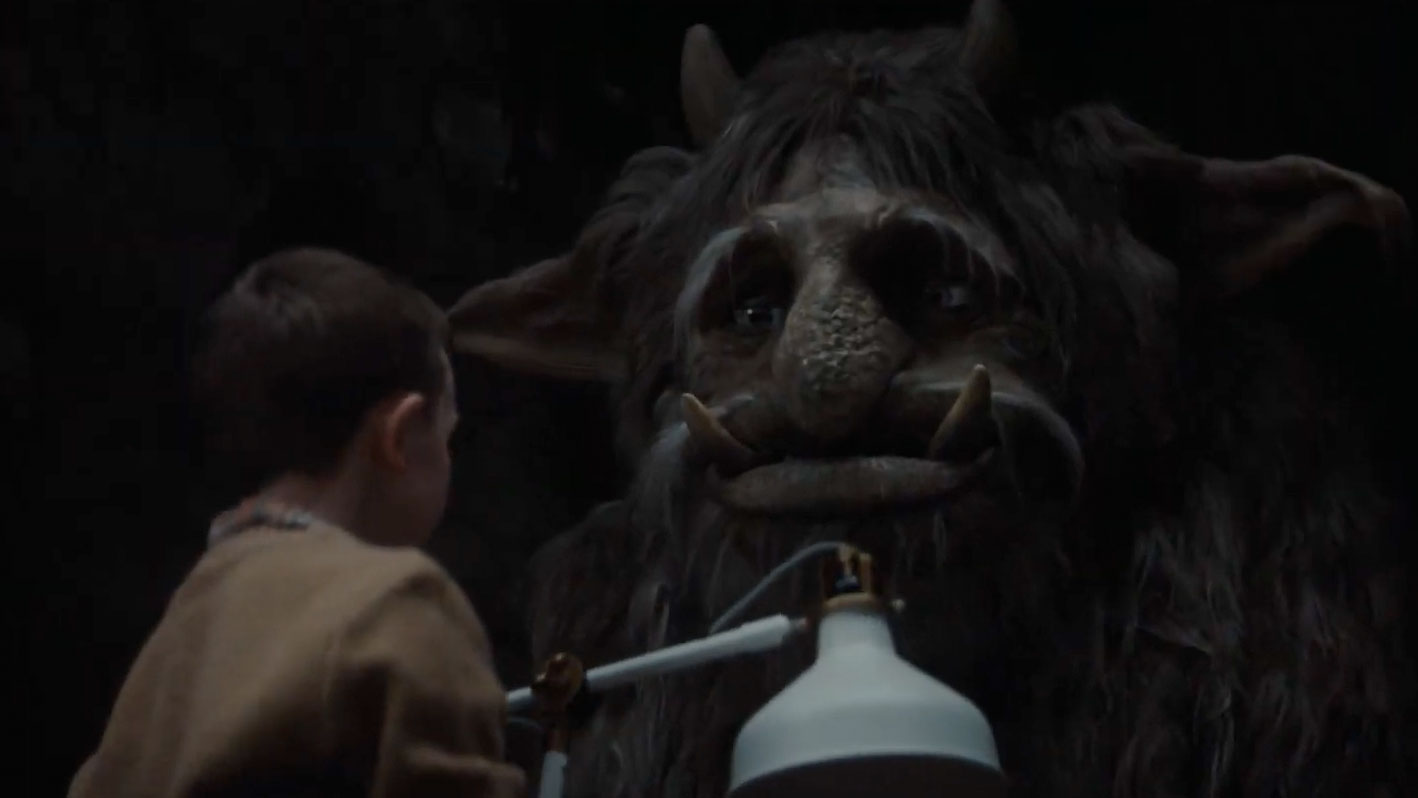 Rethink presents a toll bridge that's also a troll bridge in a fantastical two-minute film for Ikea Canada about a schoolboy and his 8-foot-tall woodland pal with floppy ears, horns and a glum attitude.

The creature's feeling down because his home beneath the overpass is somewhat ... austere. The kid comes to the rescue, of course, bringing one of Ikea's LED lamps to brighten the troll's pad.

Ultimately, the beast's place looks pretty cozy for a crib in the dank forest with a dirt floor. And the big hairy dude cracks a smile so wide we get a heartwarming view of his six-inch fangs. And then the troll eats the kid.

In the end we're told, "When home feels happy, you do too," and the troll stops collecting tolls so he can hang around his Ikea-furnished place all day long. (Will local roads crumble from lack of revenue?)

Directed by Australian Nick Ball, with a troll created by Czech puppet maker Martin Peck and given life through animatronics and CGI, "The Troll" offers an engaging brand fairy tale in keeping with past Ikea Canada efforts. These include a "Stuff Monster" epic, this sweet tale of home with an Elton John soundtrack, and of course, 2018's lauded sustainability pitch starring the most famous ad-lamp of all.

"Through this little fable, we show how anyone's home can become a source of happiness and wellbeing, with a little attention and smart touches from Ikea, of course," client marketing head Johanna Andren tells Muse. "The state of our homes can impact the way we feel. To show how anyone's home can be transformed, we landed on the folklore of a grumpy, lonely troll and it allowed us to build the drama from dark to light, lonely to friendly, grumpy to happy. The troll was also something more unexpected to help the creative break through."

It's a neat way to illustrate Ikea's "Bring Home to Life" ethos, buoyed by sharp visual storytelling—in fact, there's no dialogue—and a slow pace designed to stoke intrigue and a sense of wonder.

"The build is deliberate and cinematic to pique interest, and the musical score is key to tying the whole production together," Andren says. "The dramatic music building up from dark and slightly scary to happier in the end is a strong component."

That's mostly true for the full-length version, of course. Cutdowns of various lengths will run across TV, digital and social channels in Canada and Australia. The compositing is seamless throughout.

The film was mostly shot on location in Slovenia at a real bridge, with a detailed full-scale studio replica used for interior shots of the troll's redecorated home.

"One of the unique challenges was curating the Ikea products to create the troll's finished home," says Rethink partner and creative director Robbie Percy. "It's not every day an interior designer has to design the underside of a bridge. We needed it to feel cozy and comfortable, but also like a troll actually lived there."

The troll itself was operated by five puppeteers controlling its eyes, ears, mouth and hands. "Our troll was affectionately named Terry," Percy says.