"One … little … thing. What's one little thing going to do?"

In the woods at twilight, a woman screws a Ryet LED bulb into a light fixture. For an instant, it blazes above her head like a bright idea. As the camera pans across the forest, we watch dozens of folks follow suit, and the warm glow of lamps dispels the darkness. "But what if that one little thing wasn't a lonely little thing?" the narrator asks, as people do their part to protect and restore the environment by air-drying laundry, composting and installing solar panels:

We're all in this together, the ad suggests, and "lots of one little things, together, are many big things … solving big, big problems" brought about by climate change. In a poetic touch, the film closes on the woman we saw in the first shot, as she switches off the light.

"For us, doing this in a single, seamless take was a crucial component of the idea, as it goes to illustrate the power of a single action seamlessly growing into something bigger," Rethink partner and creative director Joel Holtby tells Muse. Most of the footage was captured in a single shot, but additional images and activity were added in post-production.

Appropriately enough, given the subject matter, Berg doesn't waste a frame. Renowned for his "Carousel" spot for Philips in 2009, Berg brings a gentle, flowing style that gives the proceedings a dreamy ambiance, infusing a simple message with scope and grandeur. Berg collaborated with Academy Award-winning cinematographer Linus Sandgren (La La Land) on "One Little Thing," and they shot the spot in Stockholm.

The team filmed outdoors "to show how we can have a light imprint on the world around us. It just seemed like the natural thing to do for a spot that's about sustainability," Holtby says.

In some ways, the ad resembles this 2014 Ikea spot for the U.K. and Ireland, which memorably showed LED lamps alight in the woods, though Hotly said the team didn't use that work for reference. Instead, "for inspiration we looked at films like Birdman, and many of the iconic single takes in films," he says.

"More and more, consumers are concerned about the impact of climate change on our generation and the next, but feel overwhelmed when they think about the magnitude of the issue," says Ikea Canada chief marketer Johanna Andrén. "They feel that alone they can't make a difference. So we wanted to inspire consumers, and get them unstuck, by showing them the power that small actions have when done by the collective."

"One Little Thing" completes an Ikea Canada sustainability trilogy of sorts, following the effects-driven "Stuff Monster" from last year and 2018's emotional "Lamp II" (a sequel to the retailer's famous "Lamp" ad from nearly 20 years ago).

"One Little Thing" launches today in Canada, and will air in Australia, Serbia, Romania and Croatia as well. The campaign also includes brief social videos and out of home elements: 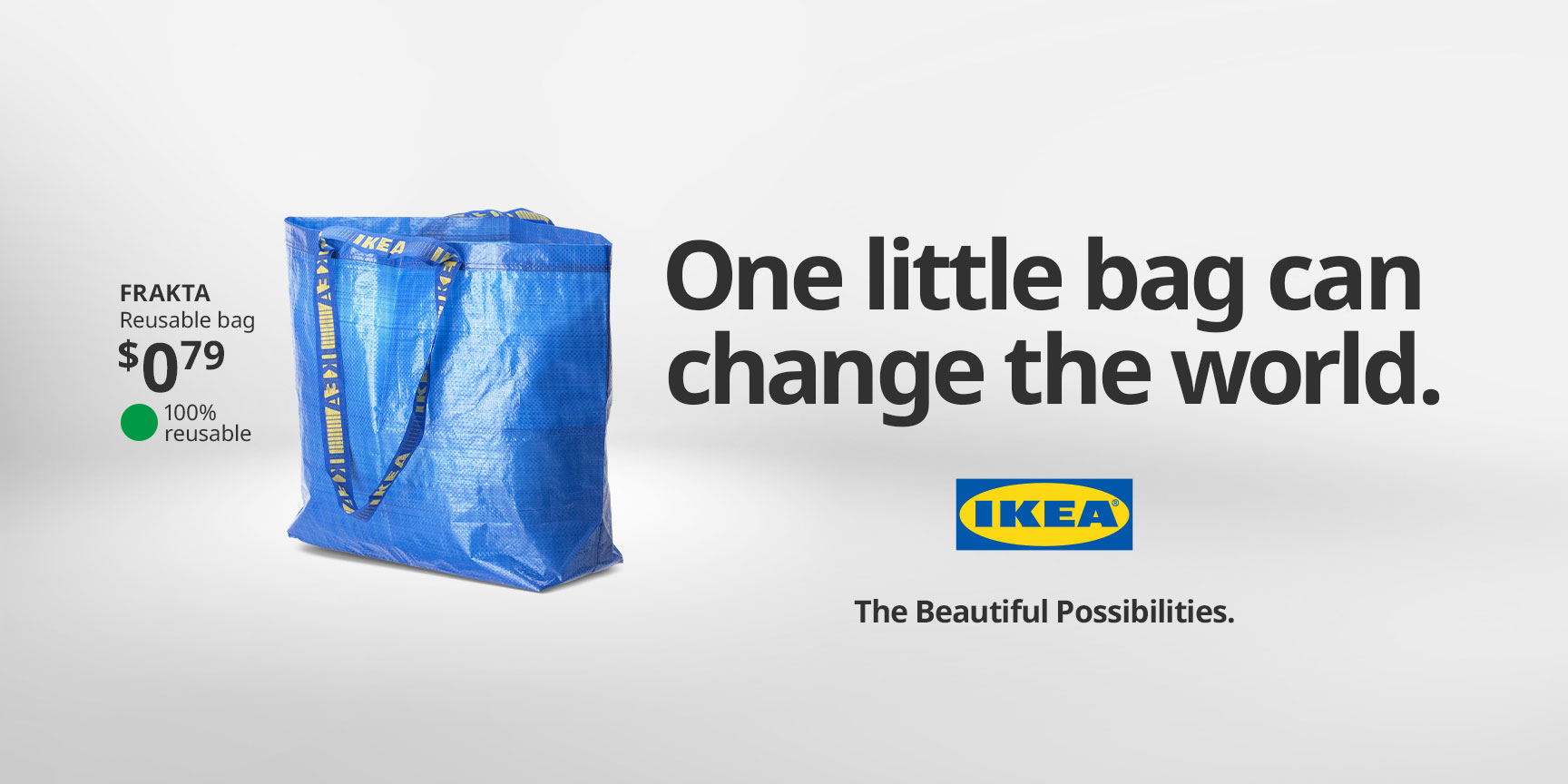 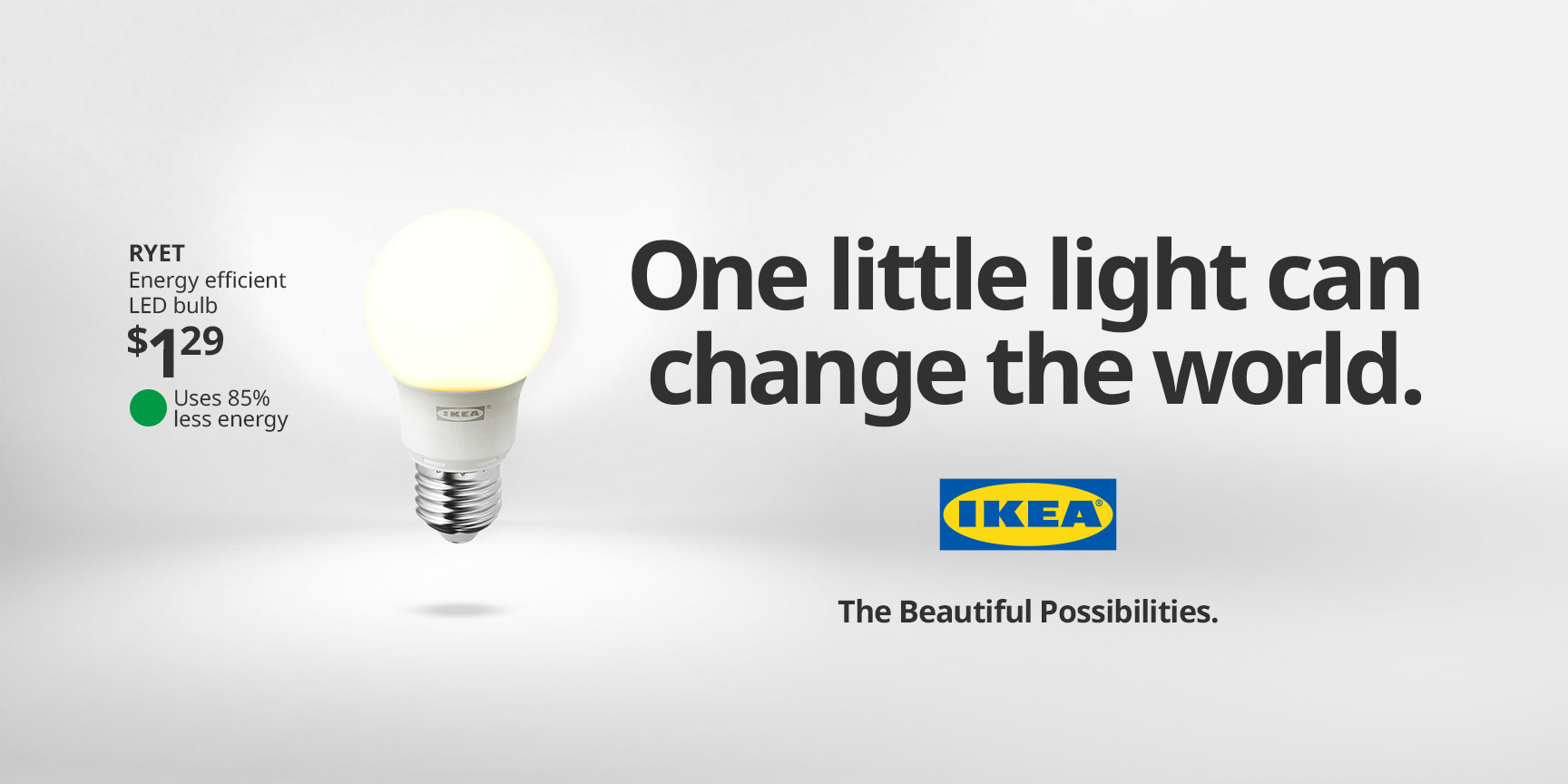