Receives the Public Service Award for 2018

Ginni Rometty, the CEO of IBM, accepted the Ad Council's Public Service Award at the organization's annual dinner in New York on Wednesday night, and used her speech in part to call for more transparency in tech at a time of crisis around user data.

"I think it's all of our jobs to usher these new technologies safely into this world. This is a moment in time when there's so many new ones. And that idea of ushering, safely and responsibly, is a really important thing," she told a ballroom of 1,500 brand, marketing, media and tech leaders at the Hilton in Midtown.

Rometty, 61, who joined IBM as a systems analyst and systems engineer in 1981 and rose to CEO in 2012, echoed her recent statements about how consumer-facing tech companies are misusing people's personal data.

Along with the issue of trust, Rometty also advocated for more inclusivity in tech. Earlier this fall, IBM was one of several companies—along with GE, Google, Microsoft and Verizon—to join a new Ad Council campaign called "She Can STEM" to get young women to pursue their interests in STEM (science, technology, engineering and math).

Rometty reflected on her own path in STEM, saying she was lucky to have role models 30 years ago, when even fewer women were involved in those fields. Her first four managers at IBM were all women, she said. "You cannot be what you cannot see," Rometty added.

Finally, Rometty spoke of IBM's efforts to hire a broader group of people who don't have advanced degrees—which IBM calls "new collar" jobs. "This has to be a world where people of all different skill levels, not just university degrees, can live in a world of new technologies and feel great about them," she said. 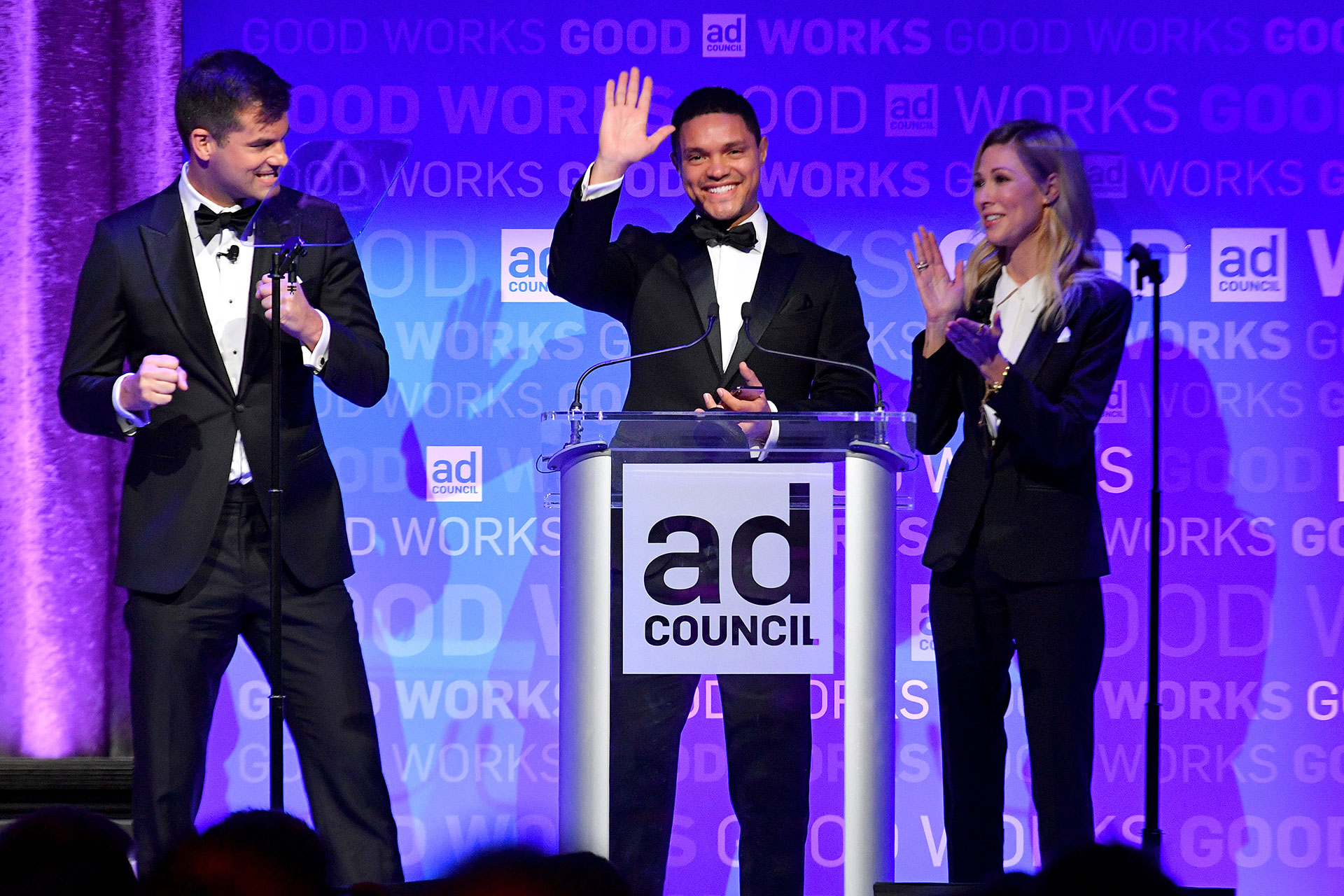 The Ad Council had to deal with an unfortunate setback before Wednesday's dinner even started, as the scheduled host, Trevor Noah, lost his voice and was unable to speak. He made a brief appearance at the beginning of the night—and spoke using a smartphone app connected to an electronic voice—but the rest of the proceedings were emceed by his Daily Show colleagues Michael Kosta and Desi Lydic.

The evening featured screenings of a number of Ad Council campaigns, and the people featured in them were invited to speak. In addition, students from Marjory Stoneman Douglas High School in Parkland, Florida, sang an original song, "Shine," joined by students from Applause, a performing arts program in New York City. 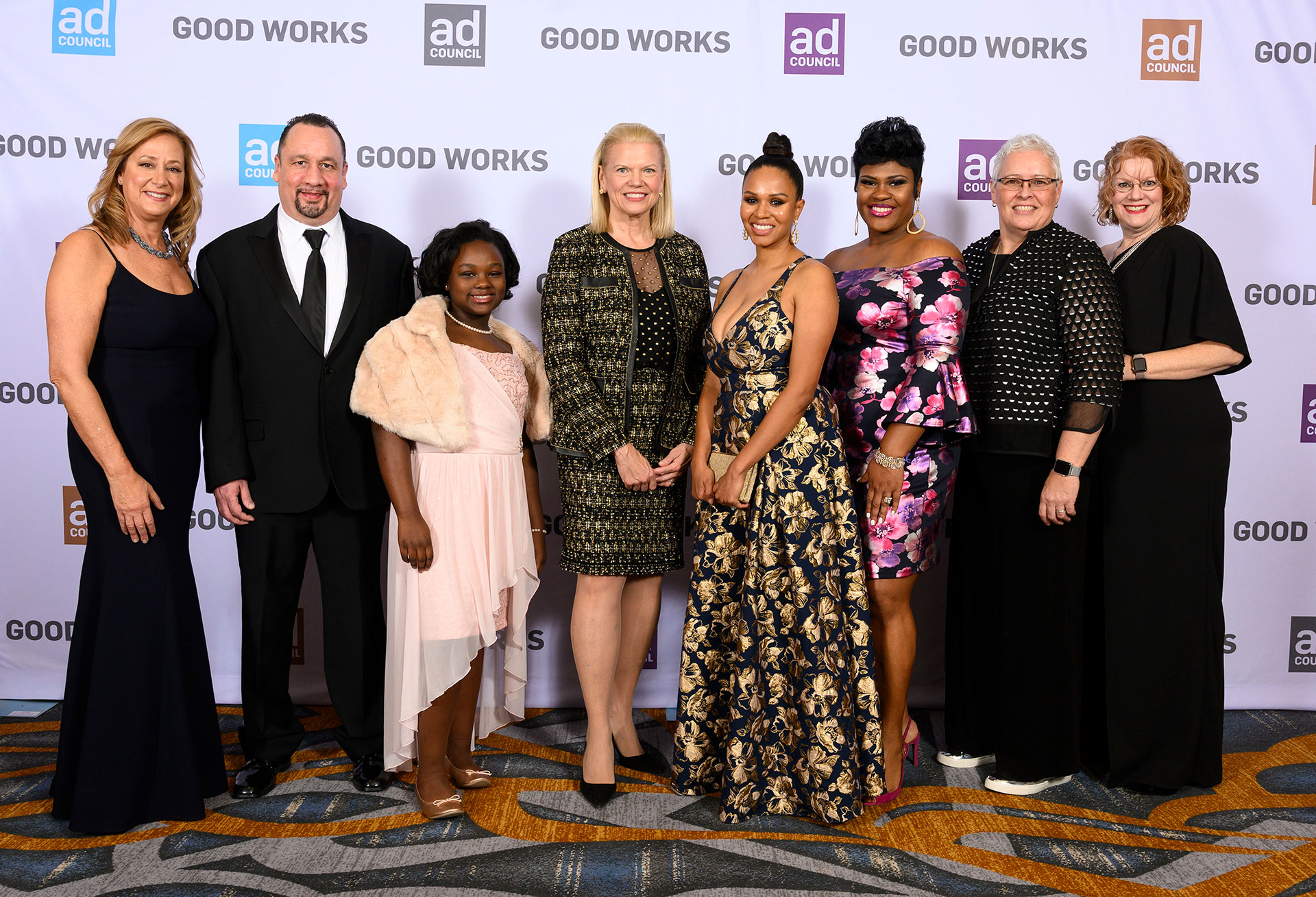 The event raised $5.3 million to support the Ad Council and its social good campaigns.

"This year's dinner was an uplifting and unforgettable evening that served as a reminder of the progress we make when our industry unites for social good," said Lisa Sherman, president and CEO of the Ad Council. "The Ad Council is where our shared desires for a better society transform into good ideas, ideas that confront the toughest issues facing our communities. When we come together around purpose, we continue to prove that good works." 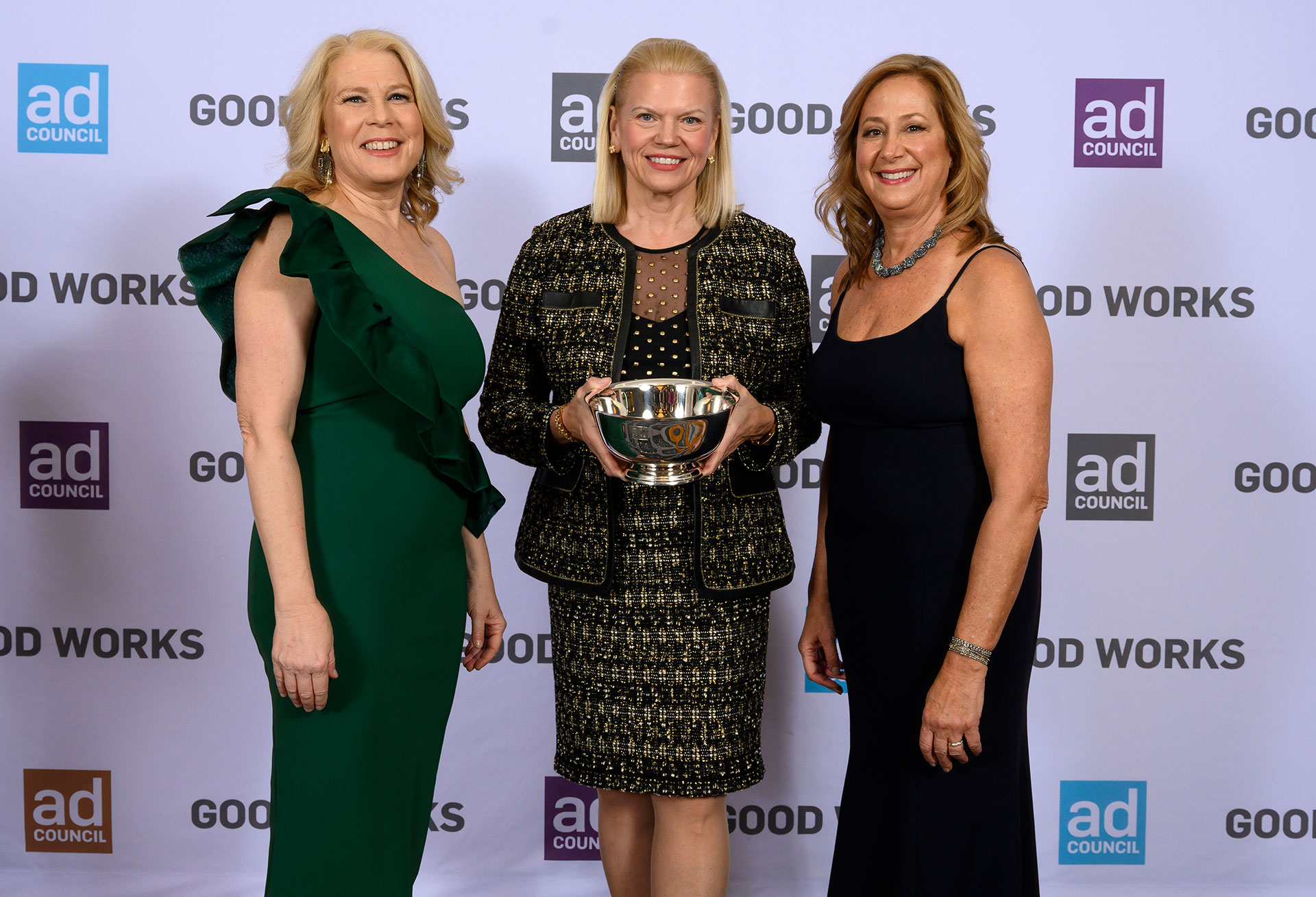