How to Communicate in a World That Questions Everything

5 tips for navigating a landscape of skepticism

Feeling more skeptical these days? You're not alone. As a society we seem to be questioning everything, including foundational issues like the role of elites and even capitalism itself. We can blame it on the weekly drumroll of transparency-related scandals that have undermined public trust in everything from religion to college admissions. The loss of legitimacy is widespread and felt on a personal level: Only one in five people feel that the system is working for them. We're pessimistic and we're disillusioned, but we're also paying attention; Edelman reports that in 2019, engagement with the news has surged by 22 percent.

This loss of cultural consensus makes for perilous times for companies, where even the best intentions are going to be questioned. Corporate communications around sustainability and social impact will get even less benefit of the doubt than they have in the past. How do companies proceed in such a fallen world?

Here are a few ideas:

Speak to the desire for change.

The rise of questioning culture is a symptom that we've lost our shared story, according to author Charles Eisenstein. We're currently in the "space between stories," where our explanation of the way things are doesn't work anymore, but a new story hasn't fully emerged. Those who speak to this longing for a new narrative with language and actions will gain legitimacy over those who speak business as usual. Looking for an example of a new narrative brand? Check out Reformation, a clothing brand that manages to be both au courant and au sustainable by including how things are made as part of its fashion aesthetic.

Internal is the new external.

What if we brought the same rigor to engaging workers that we do to engaging consumers? Despite all the talk about the importance of brand alignment, most companies still think outside-first when it comes to engaging stakeholders. Look no further than the disclosure gap, notes Michelle Mullineaux, managing director of marketing at JUST Capital. "Transparency of, and policies on, issues most valuable to workers is about a decade behind that of environmental issues."

In a world where most every employee has a smartphone and easy access to social platforms, they should be the first audience, not the last. When it comes to messaging in a skeptical world, social momentum and legitimacy now start inside.

Do less harm before you talk about doing more good.

Most corporate responsibility folks I know genuinely want to make a positive impact on the world. The problem, according to strategist Maximilian Weigl, starts when there's "a mismatch between a brand's CSR ambitions and the realities of its business model." The resulting contradictions can have one part of a company announcing a program to address public education gaps at the same time another part works to minimize paying taxes, which of course go toward public education.

Such stories of contradiction feed the hypocrisy narrative that underlies much of questioning culture. We'd much rather have it straight: "Brands should remember that saying one thing and then doing another is usually worse than just being straightforwardly awful," notes James Swift at Contagious. So before you look to scale your social impact on the world, make sure your good intentions have scaled throughout your company.

Be a partner, not a savior.

"Brands should not overestimate their value and expertise or fall foul of the 'savior' complex," says Melissa Parsey, head of strategy at New York consultancy Co:Collective. "Instead, they should use their platform and reach to elevate and accelerate the work of their partners who don't have that power." This underscores one of the lessons we've learned at AHA in our work with clients on social impact: If you're going to create real change, you have to bring others along with you.

You don't need to have all the answers.

Why do corporate communications often sound so wooden? Because they're intended to be a shield rather than a bridge. They're shielding the places where they've fallen short, where they've made mistakes or may not have an answer. But we live in a media environment where shields don't work anymore—they only attract more questions.

Instead of avoiding problem areas, address them head-on with an open discussion of what you learned and what comes next. Building a better world is a journey, and no journey is a straight line upward. If your intentions are pure, setbacks can make you stronger. Stop trying to be so perfect and you'll come across as a lot more trustworthy. As Brené Brown notes, vulnerability is the new superpower: "Vulnerability sounds like truth and feels like courage. Truth and courage aren't always comfortable, but they're never weakness."

In skeptical world, a little humility goes a long way. 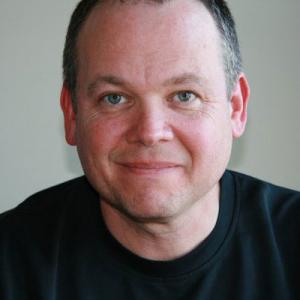