A beautiful alternative to a silent march

It's been said a lot during Covid that people are finding creative work-arounds to all sorts of problems, and sometimes stumbling on solutions that might be even better than what they'd originally planned. That's certainly the case with Anomaly's efforts in paying tribute to the victims of the Grenfell Tower tragedy on the third anniversary of the devastating residential fire in London.

Grenfell United, a group of survivors and bereaved families, normally organizes a silent march for the anniversary. But due to social distancing guidelines, that approach was not feasible. So, Anomaly devised a plan that was just as striking—perhaps more so.

The agency created a 30-minute YouTube video dominated by a green light so bright it would illuminate entire rooms when played on a television or laptop. (Vibrant green is a color associated with the movement.) Then, on Sunday night, it asked people across the U.K. to turn off all their lights and play the video at exactly 10:30 p.m.

The result was thousands of rooms across the country lit up in green as a tribute to the victims of the tragedy—and in support of Grenfell United's campaigning for safe homes, justice and change.

Here are snapshots of some of the homes. The images really are striking—a haunting inverse of the recent tradition of clapping for frontline workers at an appointed hour. 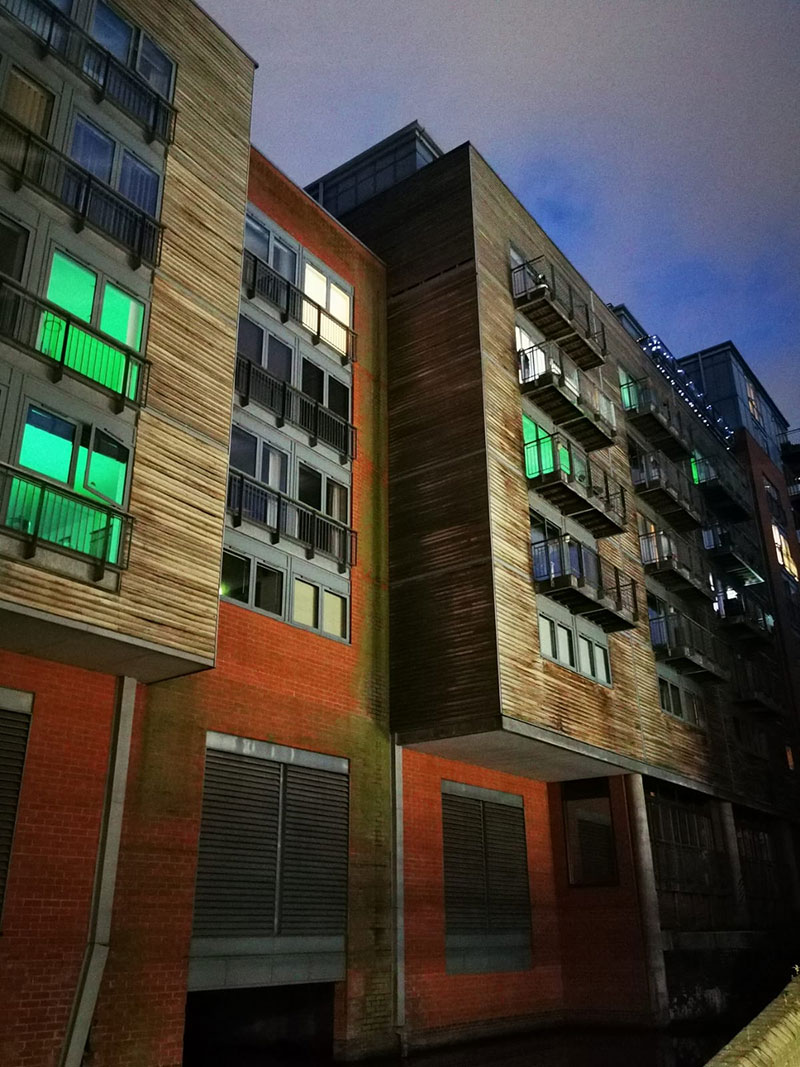 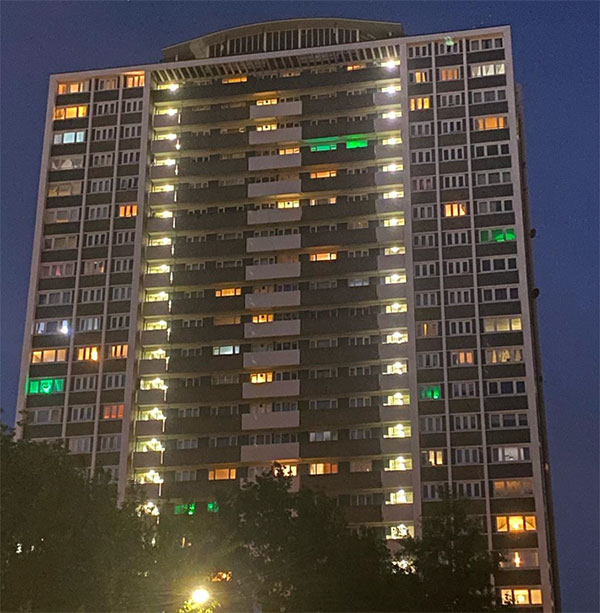 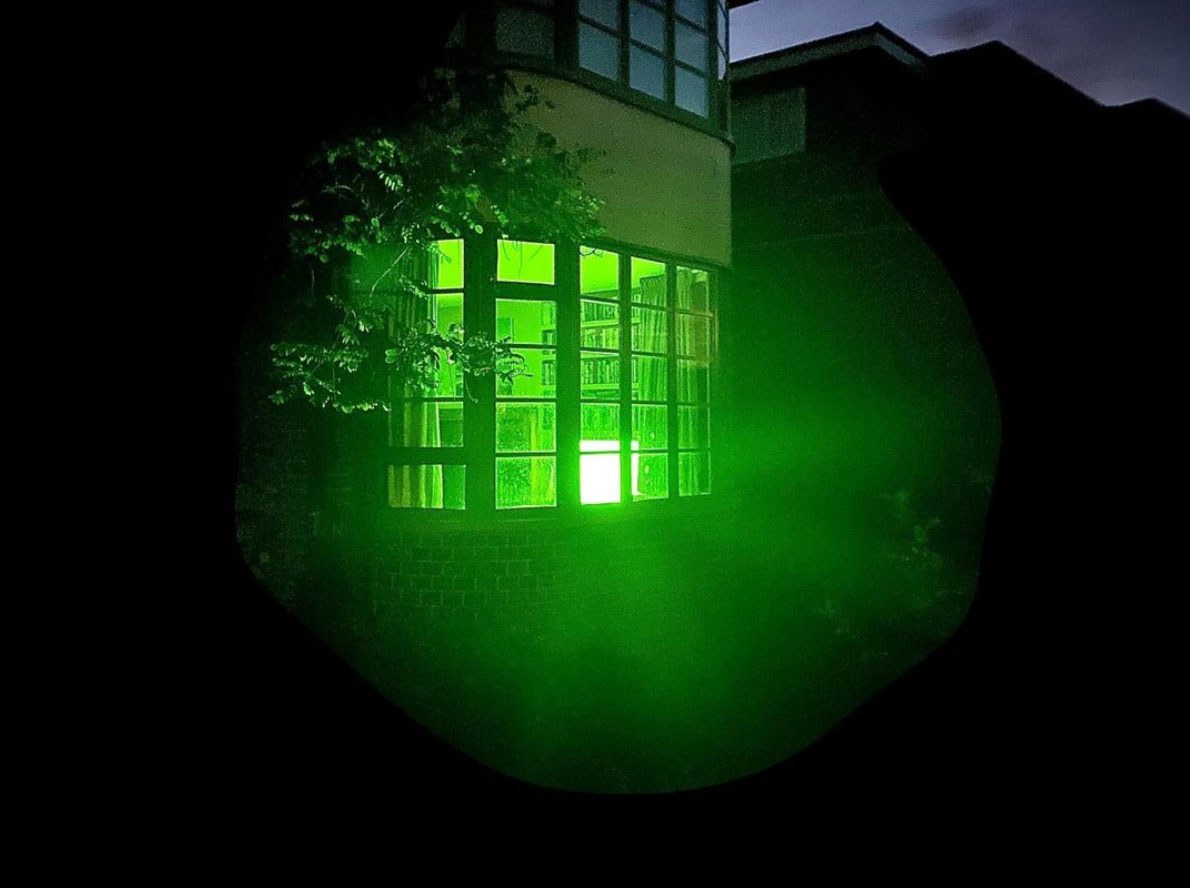 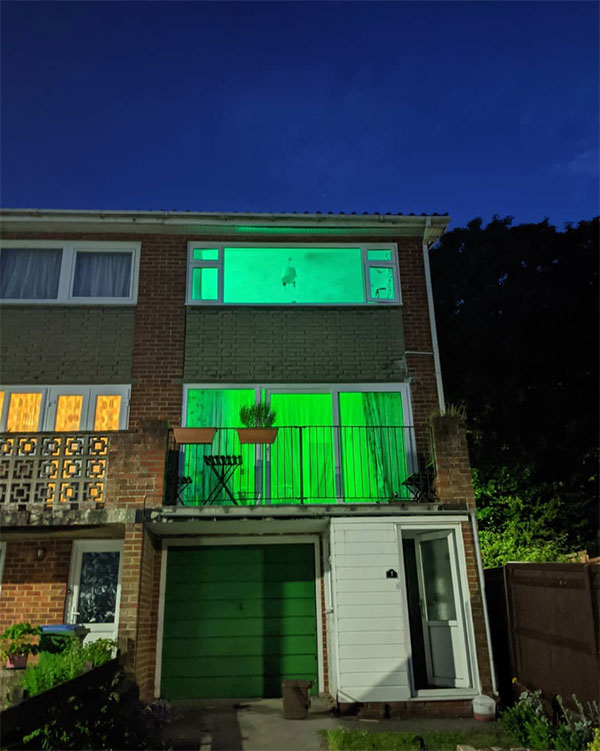 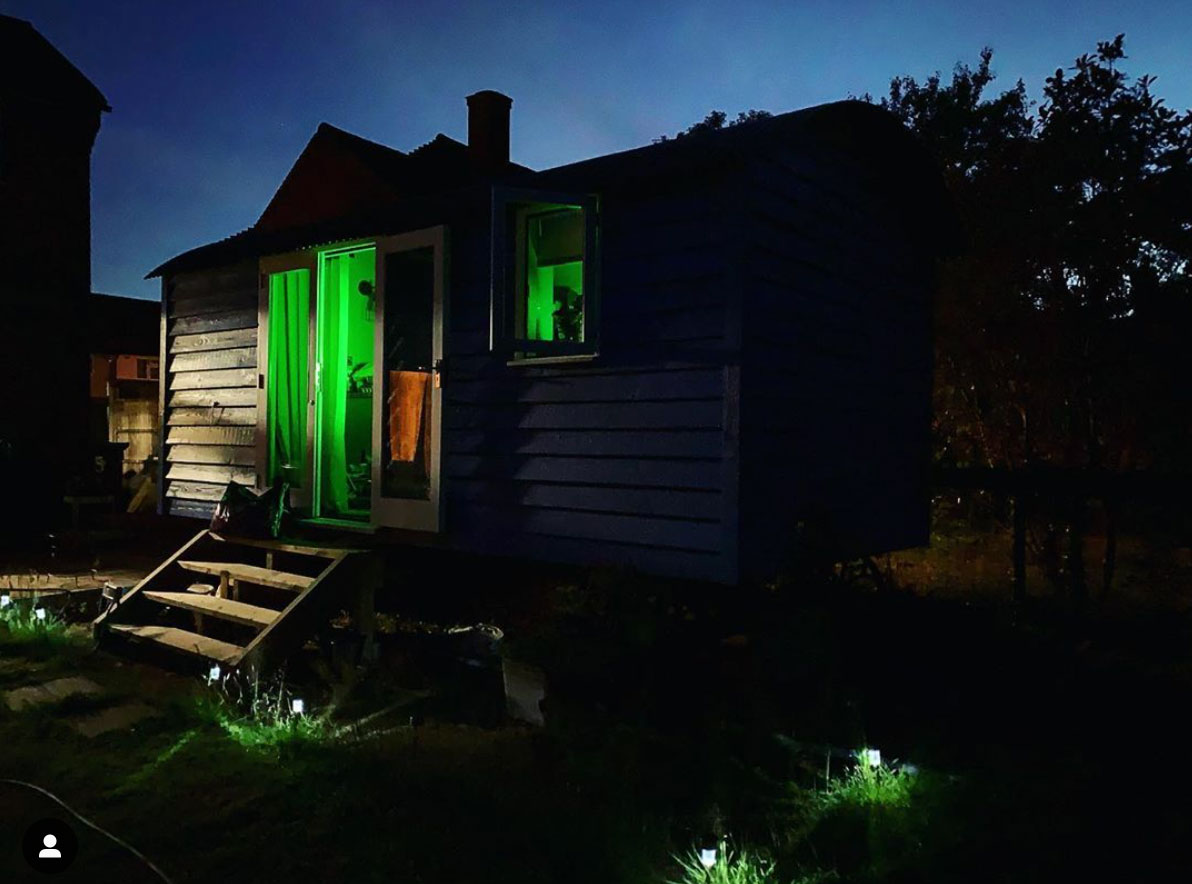 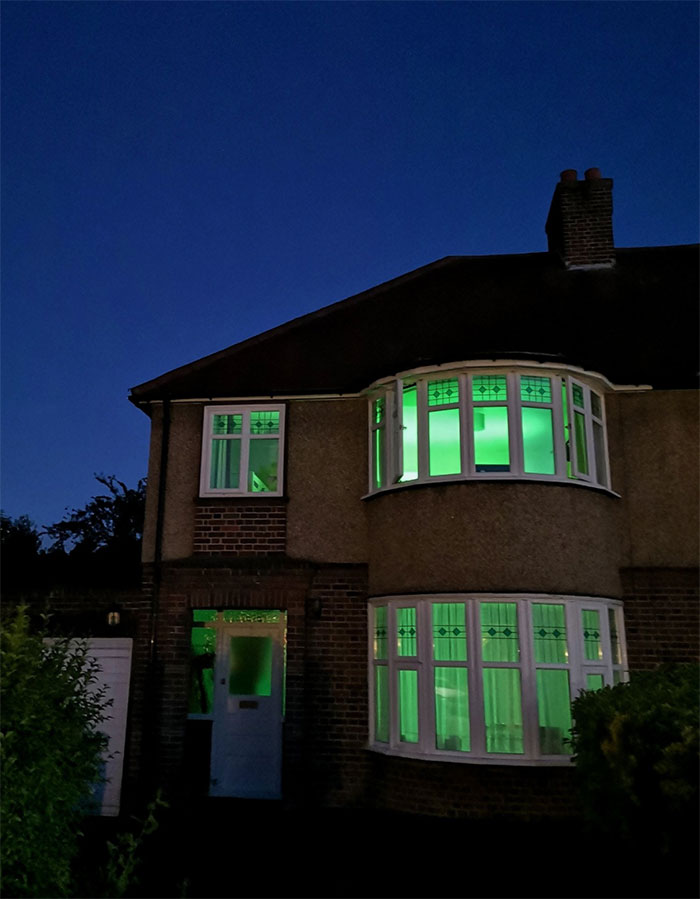 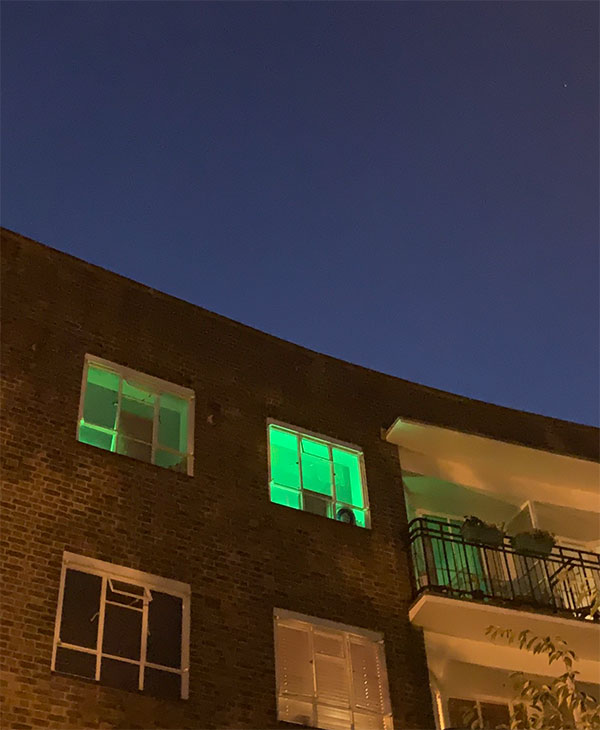 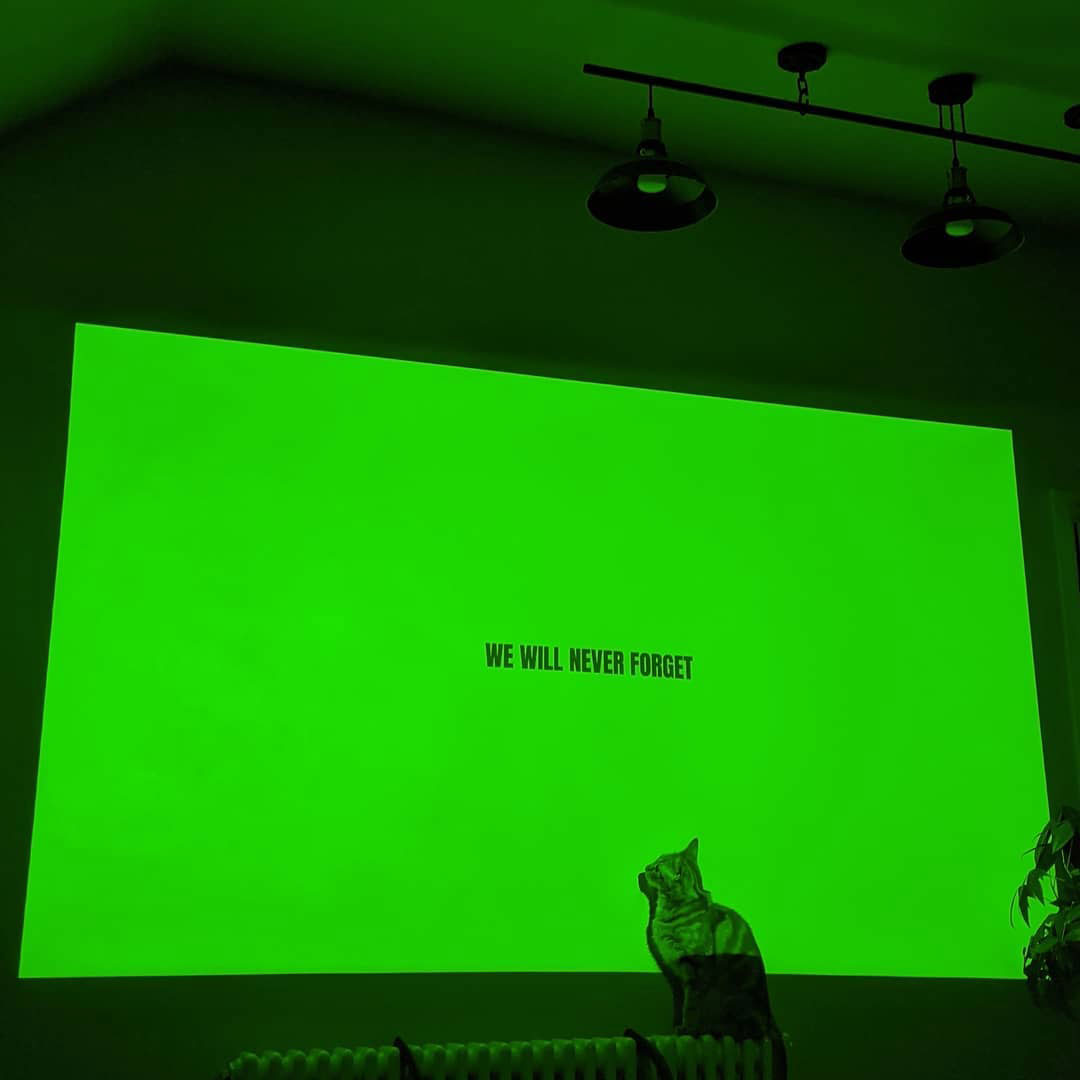 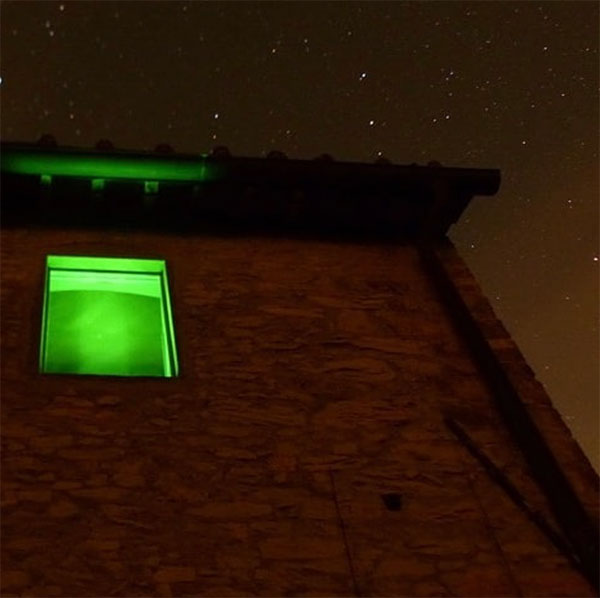 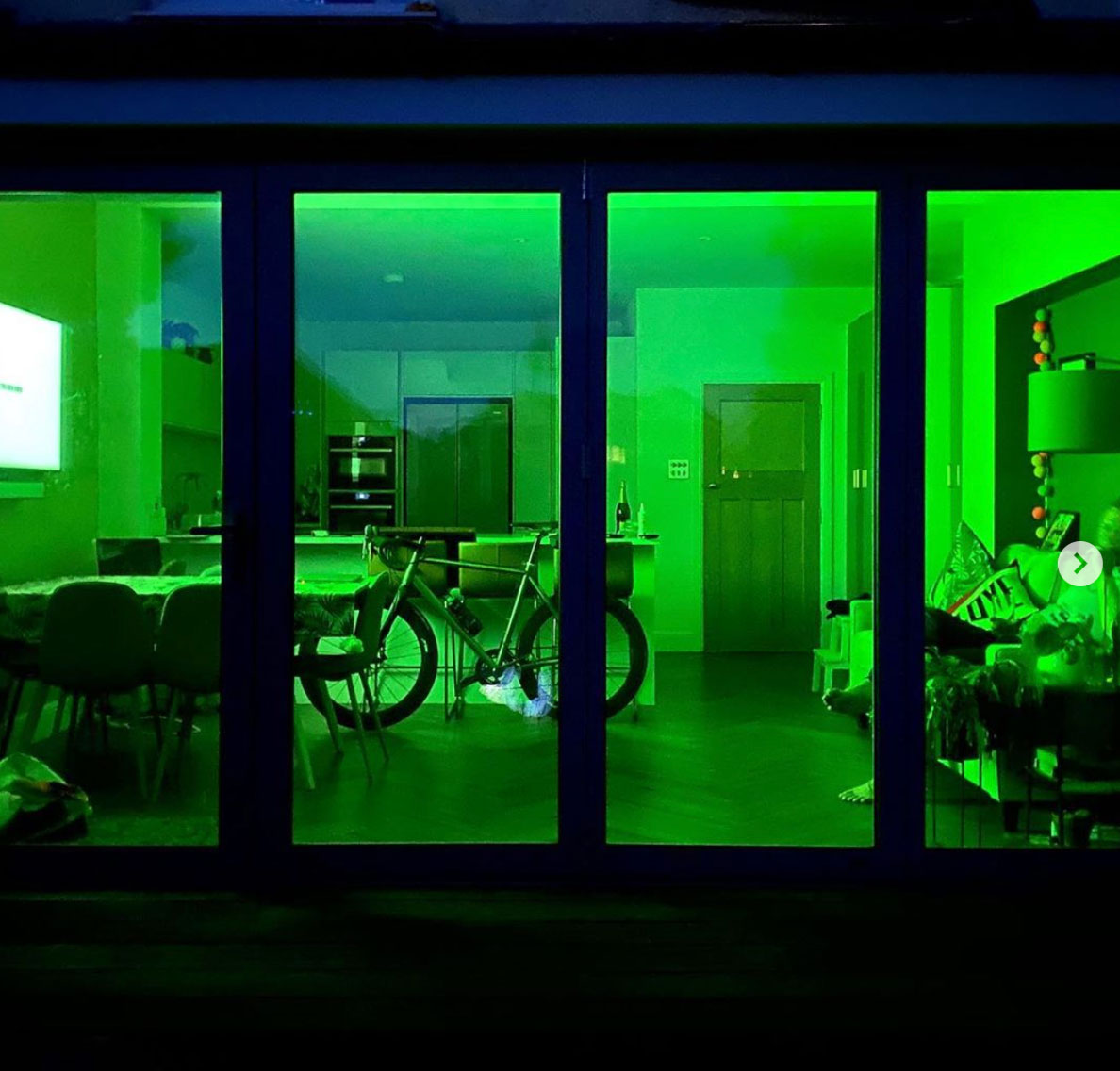 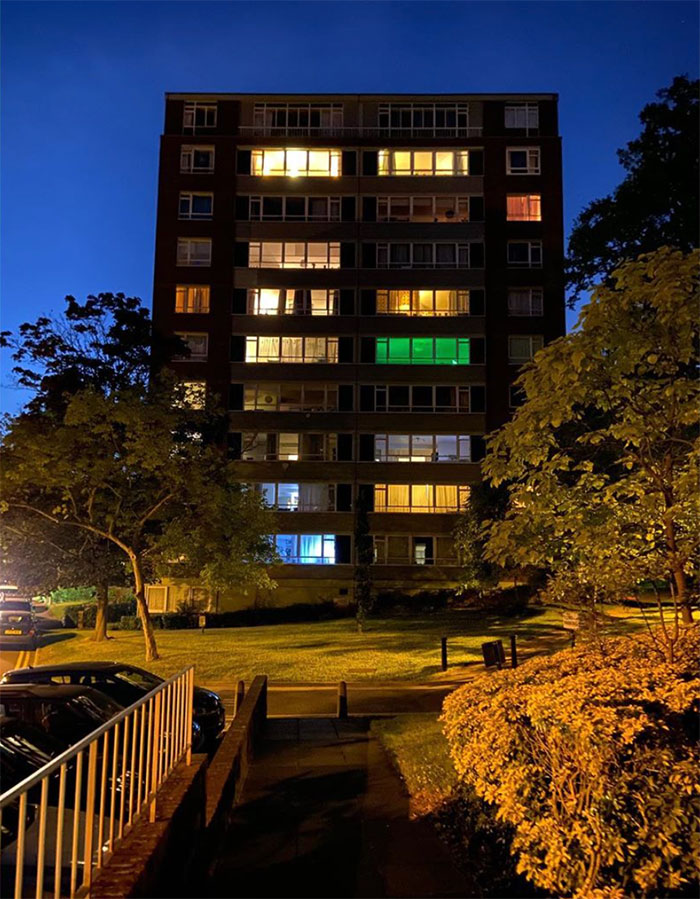 "With all the restrictions came a certain clarity," says Anomaly creative Conrad Swanston. "What could we give the community to replace the beautiful 'act' of silently walking together in their thousands? Creating a film bright enough to illuminate a room green using their own TV or digital device felt a really powerful and visually striking way of getting thousands of people to unite from the safety of their own homes."

Here's the 30-minute video itself:

"This is a visual reminder to those in charge that we are still here. Still waiting for justice, still demanding change," says Karim Mussilhy, bereaved family member and vice chair of Grenfell United. "Although our traditional remembrance walk is in silence, the message was nonetheless loud and clear. This year, albeit during lockdown, the message is still loud, clear—and now vivid, too."

The Grenfell Tower fire, which started as a small kitchen fire before erupting into the biggest domestic fire since World War II, killed 72 people. Survivors and the the family and friends of those killed are incensed that more hasn't been done to prevent similar tragedies in future.