Hide and seek is no game for the schoolboy we meet in BBH London's bracing new short film.

The minute-long piece, directed by Lucy Bridger, succeeds without shocking scenes of on-screen mayhem. Instead, "Hide and Seek" paints a poignant picture of quiet desperation, as its young subject simply places his hands over his eyes and starts counting.

He remains center-frame for most of the spot's 60 seconds, his small voice ringing out loud and clear. But that doesn't stop disturbing sounds from seeping in. Soon, we realize hide and seek has become the boy's coping mechanism.

The film was made for Refuge, a U.K. charity that helps women and children whose lives have been shattered by domestic violence.

"The starting point was the little-known fact that Refuge not only helps women escape abuse, but also their children," says BBH creative director Nikki Lindman. "In fact, 90 percent of abuse in a family home happens in front of, or in the presence of, children."

That statistic led the agency to develop a narrative designed "to juxtapose the freedom children feel to play when they are in a safe environment, against the necessity to hide when they feel unsafe or vulnerable," Lindman says. "The game of hide and seek has a double meaning in this film. We think 'Jacob' is playing, but in reality he's hiding from the abuse that's occurring to his mother. His counting isn't really for a game, but to drown out and cope with the horrible scenes that play out in front of him daily."

"We didn't have the luxury of multiple takes, and had to be a lot looser and open to what moments of magic happened with Jacob's reactions in scenes," she says. "Lucy, the director, and her DOP Nick [Morris] wanted to keep the look and feel as uncomplicated as possible. Nothing should get in the way of what he's going through."

Indeed, the first half of the ad is so unsettling that the final sequence showing the boy and his mom safe at Refuge comes as a relief. 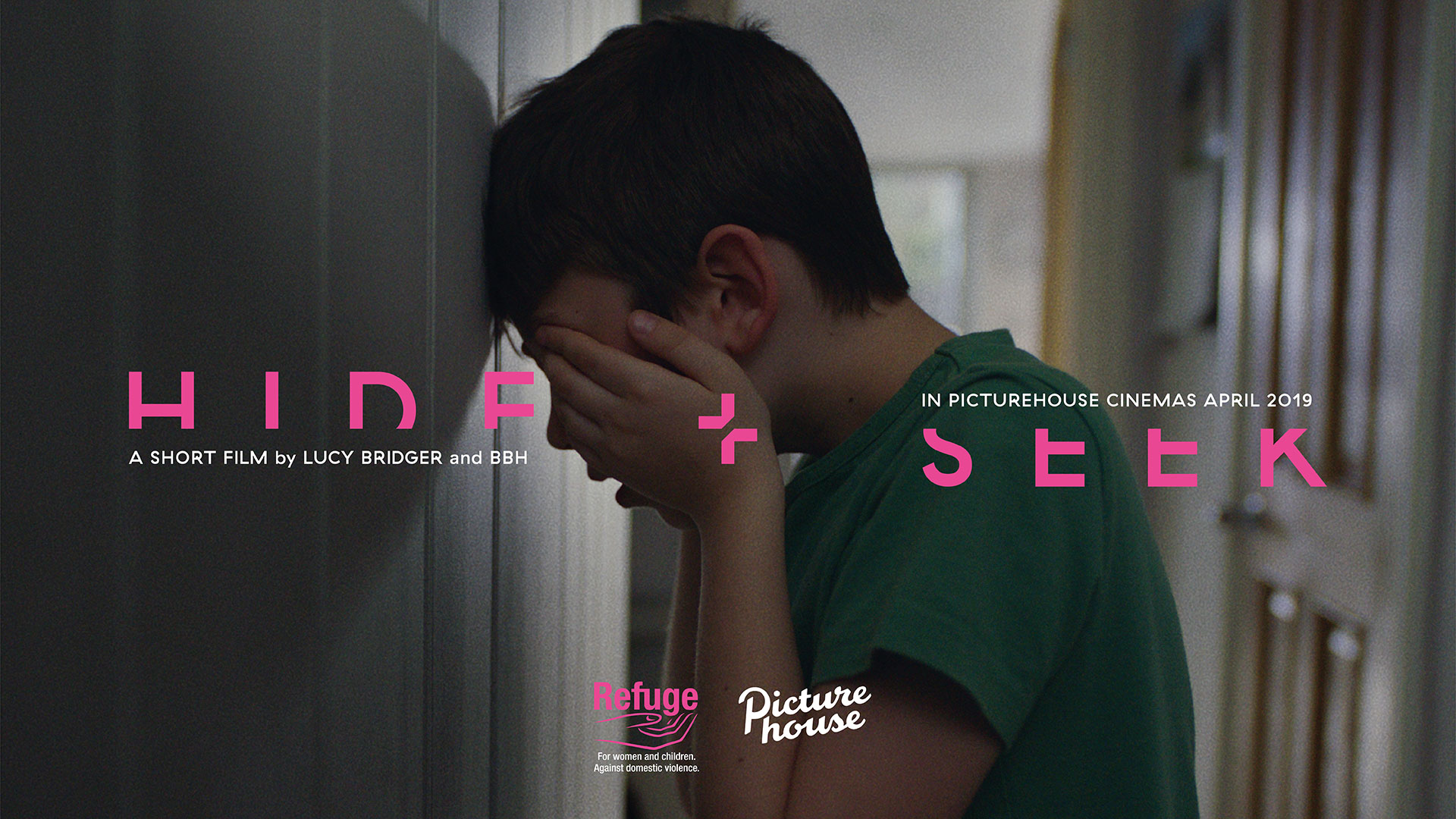 Because the film will run during trailers in 25 Picturehouse theaters across the U.K., "we also wanted an idea that could look like it belongs, stylistically, within a cinematic context," Lindman says.

Refuge ambassador Olivia Coleman, who starred in the 2011 domestic-abuse drama Tyrannosaur (and won a best actress Oscar last month for The Favourite), adds: "Cinema has the most amazing power to illuminate and to create compassion regarding subjects we find difficult to talk about or recognize, or accept as a daily occurrence. Through Picturehouse's partnership, thousands of people will discover Refuge's crucial work."

Sandra Horley, chief executive of Refuge, calls such exposure "unprecedented," and believes "the impact of this campaign will save and change many lives."