Hathaway and Federer Get Upstaged (and Ticked Off!) in Swiss Tourism Film 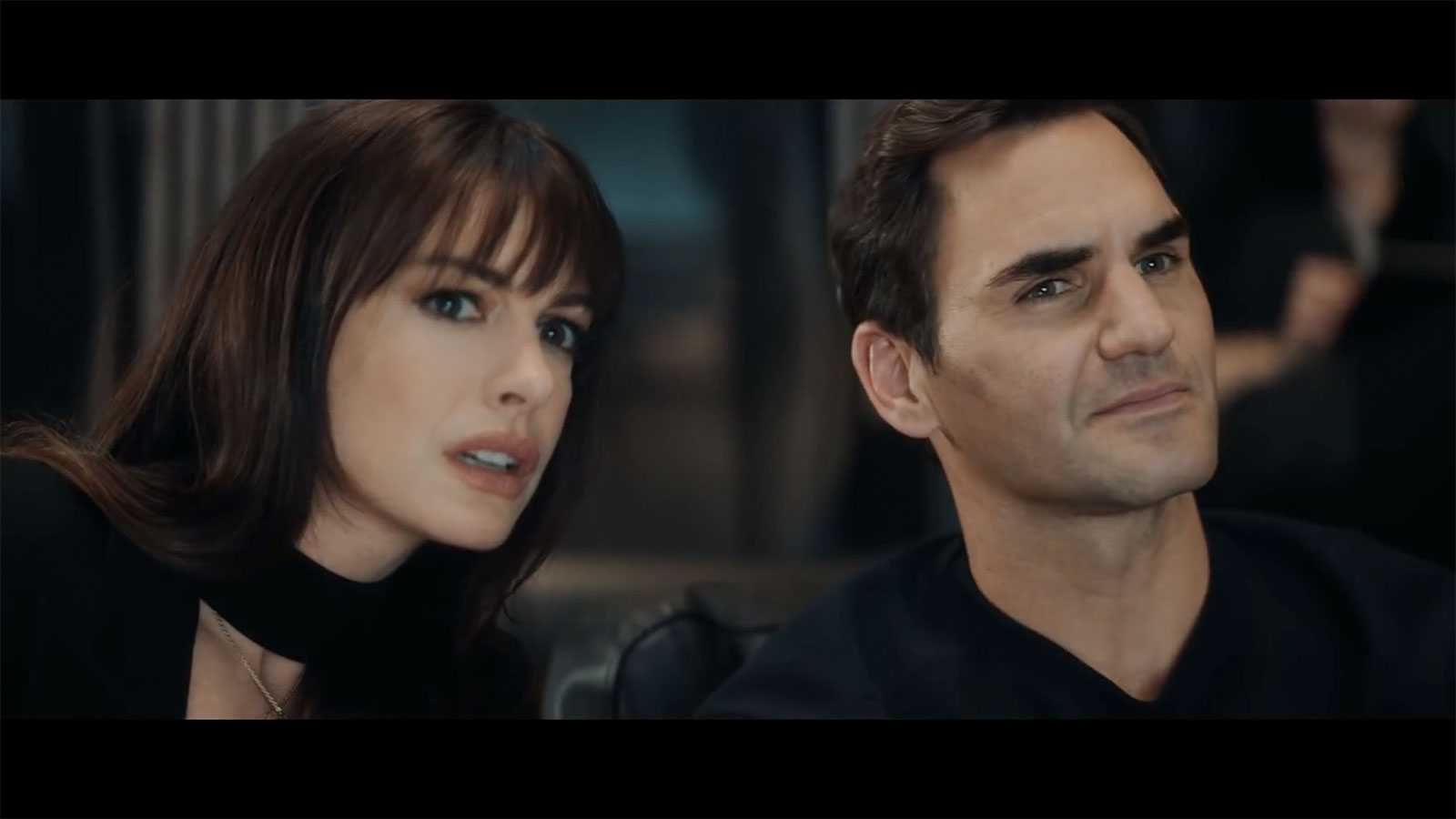 Anne Hathaway's got a best actress Oscar on her mantle. Roger Federer ranks among the greatest tennis players ever, with a record eight Wimbledon wins on his resume.

This pair packs serious star wattage. So, it's no surprise they get peeved at the shoddy treatment they receive at the hands of Switzerland's tourism board in a funny, effective film from Wirz BBDO.

Titled "No One Upstages the Grand Tour of Switzerland," the two-minute spot opens in a screening room. Anne and Roger ostensibly view a new tourism campaign, and they're displeased with the results.

That's because the ad-within-an-ad (not a real commercial, obvs) only shows the celebs in panoramic long shots. We're talking very long shots, in some cases filmed from miles away, focusing on the nation's majestic landscape and scenic beauty. The endorsers appear as specks far below.

No One Upstages The Grand Tour Of Switzerland

Anne: Can you see anything?
Roger: I'm not sure.
Anne: We look like ants.

A flaky French director insists, "We have a masterpiece on our hands," as the grousing continues.

Jokes fly about glaciers, parkour and Federer's abs. Anne complains in Swiss-German. ("Chum jetzt!"). In an inspired bit, Roger turns to a seemingly random American who sits nearby, scarfing down snacks, for some clarity.

Roger: Tony, you knew about this?
Tony: I knew the Furka Pass was beautiful. But not that beautiful!

Meet Tony Godsick, Federer's real-life manager, whose sublimely slovenly schtick nearly steals the show. But not quite. Because "No One Upstages the Grand Tour of Switzerland." (So Monty Python-esque. You almost expect a red-cassocked Michael Palin to storm in. Ah well, wrong country anyway.)

You can actually book a Grand Tour, by the way. It's a suggested 1,020-mile road-trip that covers 22 lakes, five alpine passes and 13 UNESCO World Heritage sites. Here's a Roger-bot's take on sights and attractions folks might enjoy. (We can trust him—he's Swiss!)

The spot, directed by Bryan Buckley—who's work includes Monster's iconic "What I Grow Up"—makes its point in winning style. Anne and Roger deliver big laughs as they tout Switzerland's natural wonders and stir up wanderlust for travel-starved folks who've spent much of 2020 and 2021 locked down or curtailing vacations.

Roger returns from last year's campaign, "No Drama," in which he memorably failed to convince Robert DeNiro to join him in promoting Swiss tourism. (In the new spot, Anne name-checks "Bob" early on.)

Deservedly hailed as one of the best travel ads in recently memory, "No Drama" drew more than 100 million views across all platforms. So far, "No One Upstages" seems on a similar trajectory, approaching 40 million peeps on YouTube in less than two weeks.

Wirz felt "some pressure, to be honest," in following up "No Drama," agency co-CEO and creative lead Livio Dainese tells Muse. "But we love the challenge, don't we?"

"Roger was a bit intimidated in the beginning by the skills of Anne. But she made him feel very comfortable. With Anne, you immediately see why she won an Oscar. Every take was spot on. She varied her lines with a precision and ease that sometimes made me forget I was on the set to work and not to watch."