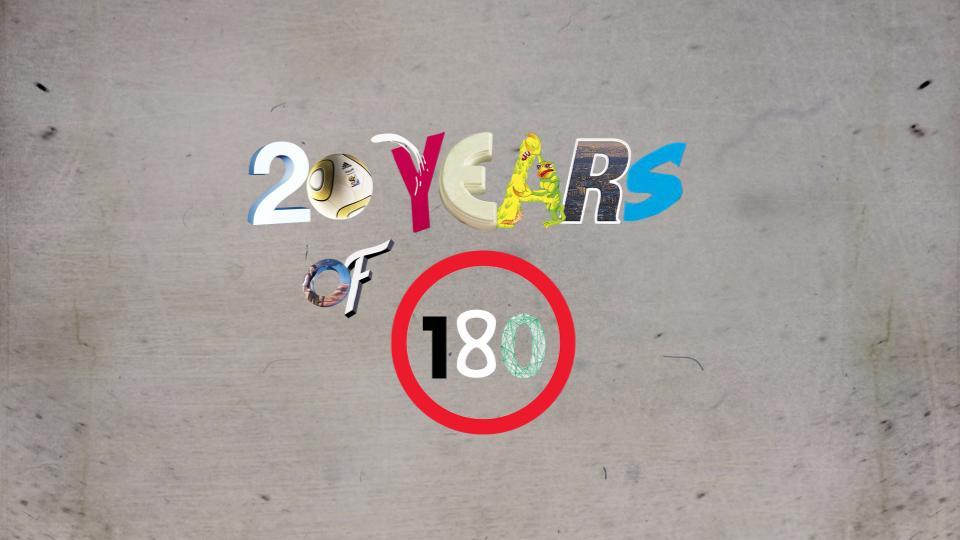 Happy 20th Birthday, 180! We Talk to the Agency's Leaders and Revisit Its Classic Work

A tribute to the Amsterdam creative force that gave us 'Ali vs. Ali'

In the grand scheme, it's not often that an ad agency turns 20. As of this time last week, 180 Kingsday—formerly 180 Amsterdam—hit that mark.

To celebrate it, we interviewed agency leaders and a former-employee-turned-freelancer who shed light on what their work means to her.

Buckle up. It's going to be awesome.

180 was founded as a Wieden + Kennedy Amsterdam spin-off. Founding partners Alex Melvin, Guy Hayward, Chris Mendola and Larry Frey came up with the idea in 1998 while sitting in a kitchen.

Melvin, who died in 2011 at the age of 53, chose the name based on a Francis Ford Coppola quote: "To keep going in a crisis, do a 180-degree turn. Turn the situation halfway around. Don't look for the secure solution. Don't pull back from the passion. Turn it on full force."

In 2017, the agency merged with Kingsday. Today it serves clients like PlayStation, Asics, Benetton, DHL and BMW.

In all that time, it's produced pretty memorable work.

The agency's 20th anniversary fell just before Adnight Amsterdam, which featured murals to capture big images and moments from 180's history. The team also developed a 180 font, shown at the top of this post, to commemorate the date (and their internal obsession with typography).

Below is our interview with co-founder Chris Mendola, executive creative director Kalle Hellzen, and Jessica Hartley, a former staffer who now freelances with 180 Kingsday. It's also interspersed with some of the work 180 is most proud of.

Muse: Chris, what drove you to launch 180 in the first place?
Chris Mendola: We looked at the industry and saw the same conventional thinking across almost all agencies and clients. The problem with conventional thinking is that it just gets you to where you've already been—same tired agency models. Same tired reactions to briefs. Same tired collection of people—local people at local agencies—whether part of a network, or as an independent local agency.

So we thought it was interesting to bring talented people from many local markets from all over the world, and stick them into a single canal house. The interaction between all those different cultures and mind-sets from many countries created a different kind of thinking and different kinds of solutions. It worked. In fact, it was a blast.

What was the best possible outcome you could picture for its destiny back then?
We created some of the most celebrated work in the world, which grew our clients' businesses. I was not interested in the number of staff or the amount of revenue; I was interested in 180-thinking and making an impact for our clients by going someplace new, someplace exciting, someplace that people talked about.

I've learned one truth, and it is that growth compromises the integrity of almost anything. The best possible outcome would be to always stay out of that trap.

How long were you at 180, Jess?
Jess Hartley: I started at 180 Amsterdam after pulling every string in the book to find a way to get my foot in the door, during an unusually hot summer in 2006. A summer rather like the one we just had, in fact. Then I was there for five years. These were some of the most formative, fundamental and fun years of my life. Every year felt like a lifetime, which was in part due to the hours we all worked … but also due to my need to grow, develop and try to become as brilliant as the other people in the building. The talent that's been in that building these last 20 years is quite something.

Recently I started working with 180 again, but as a freelance force. And I had that strange experience of going back into a building where so much of your life has happened. When you recognize every detail in the building—even though you think you've forgotten it all. Each crack in that kitchen floor speaks volumes.

Adidas | Impossible Is Nothing | Ali vs Ali

"Ali vs. Ali" was the reason you left London to move to Amsterdam. What touched you? Did your experience at 180 reflect what you felt from the outside?
Jess Hartley: I saw "Ali vs. Ali" in the early 2000s and was blown away. The idea, the amazing production, the music—and especially the way it harnessed so much emotion. It somehow changed the game for me. I decided I had to find the agency that had made it, 180 Amsterdam, and try to get a job there. And leave London. Somehow I did. Twelve years later I'm still in Amsterdam, so I have a lot to thank that commercial.

Kalle, what quote, motto or slogan represents the 180 way of working?
Kalle Hellzen: "Make some trouble" is my motto. When you find yourself in trouble, make a 180. Face up to the problem instead of running away from it. And crucially, if there are no problems, make some. Trouble is the starting point that will help you look at something from a different point of view.

Adidas | Impossible Is Nothing | Nadia

How do you balance producing creative up to your standards and team well-being?
Kalle Hellzen: We absolutely need to work hard to get to great work. But that doesn't necessarily mean we have to push late into the night or to come in on Sunday to be effective. But sure, nights and weekends happen when you surround yourself with ambitious people, and when it does, we take care to rest up when we're done. The trick is to find a balance and understand the opportunity that comes with each ask.

Jess, what makes 180 special in the ad scene? How does the work reflect that?
Jess Hartley: To me, there are a few reasons why 180 is special—the work, the people and the attitude. Also, the founders who started the agency were pretty unique personalities. Plus, 180 has—quite simply put—made some of the best ads out there.

So, to say that creativity as a business is a growing industry in this city is an understatement. 180 is in part to thank for kicking this off.

Kalle, you've worked at Wieden + Kennedy Amsterdam and 180. What is it about Amsterdam agencies? What differentiates them from agencies in, say, New York, Los Angeles or London?
Kalle Hellzen: Whenever the world shuts its borders to what's different, Amsterdam stands out as a beacon of hope. It's the birthplace of liberalism and it thrives on embracing different ideas and the crazy people that challenge the status quo of their time. This was important back at W+K and is perhaps more important now at 180 than ever.

Chris, what's the challenge you are most proud of facing and overcoming in 20 years?
We lost a client that was most of our revenue and a key part of our agency's culture. The agency was in trouble. Instead of doing the same thing as always, we did a 180-degree turn. We did not pull back from the passion. We turned it on full force. And it worked. Again.

Jess, where do you see 180 in 20 more years?
Jess Hartley: The 180 today is a different 180 from the one I started at, but that's a good thing. Hold on to memories, but always do something new and interesting. I don't like to predict the future, but my gut says that in 20 years time 180 will be different again, but still one of the great agencies that will always do things a little differently.

Chris, where are you 20 years from now?
Chris Mendola: I think everyone should forget the past, and instead create the future. I have no clue where 180 will be in 20 years. It would be wrong if I did. My role is to have a vision of what we want to be today. That is to kick ass by not being trapped in the status quo, and instead enjoy our free space of newness.

New thinking, new ways of working with clients. New ways of answering briefs. New agency cultures. In 20 years, I hope we will do the kind of work that people will never see coming … to be the unexpected.

Adidas | Impossible Is Nothing | Long Run

Below are the mural and collages that were featured during Adnight. Happy birthday, 180. You've done ad land right. 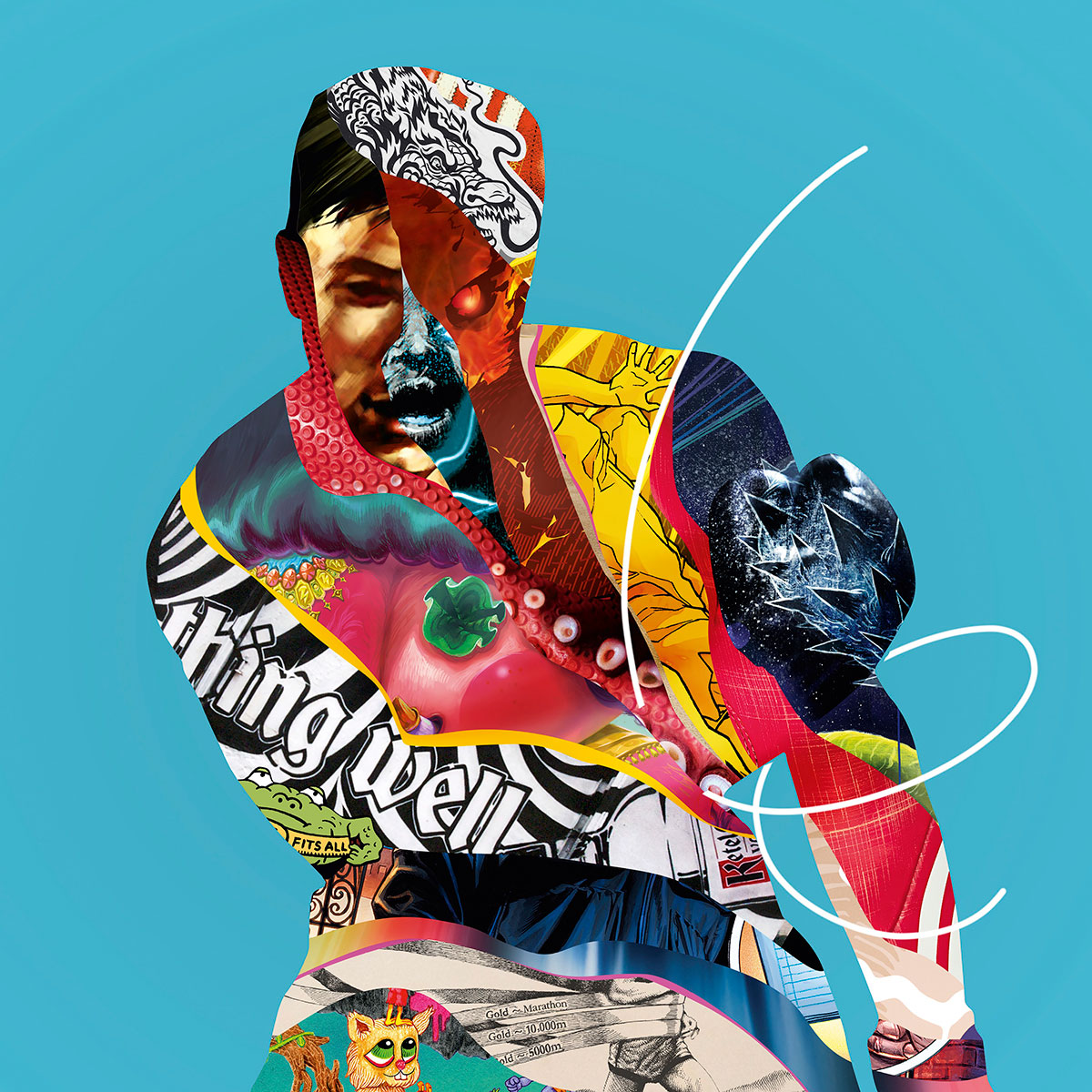 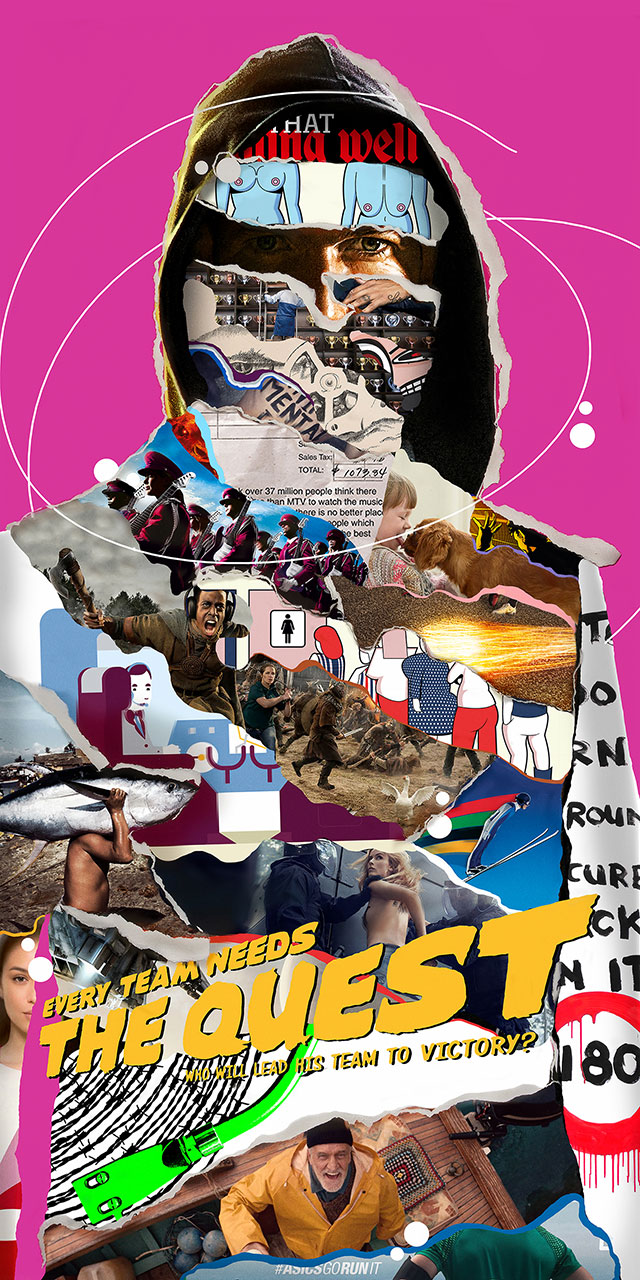