Surprising, the scope of gluten-free donuts

One joke about France is that we have way too much vacation time. We don't know about "too much," but yeah—we've got a lot. And as the weather warms, we're about to hit a minefield: spring break, naturally, and the month of May … which boasts no fewer than five (!) bank holidays all on its lonesome.

Now's the time for travel companies to punt long-weekend locales to Frenchies looking to rove. And to promote its low-cost Intercités trips throughout France, rail company SNCF tapped TBWA\Paris to produce a space-inspired outdoor campaign, which will be supported by radio and online activations.

For as low as 15€, SNCF's Intercités provides access to over 200 destinations. Though to be fair, the city of Tours doesn't look much like this: 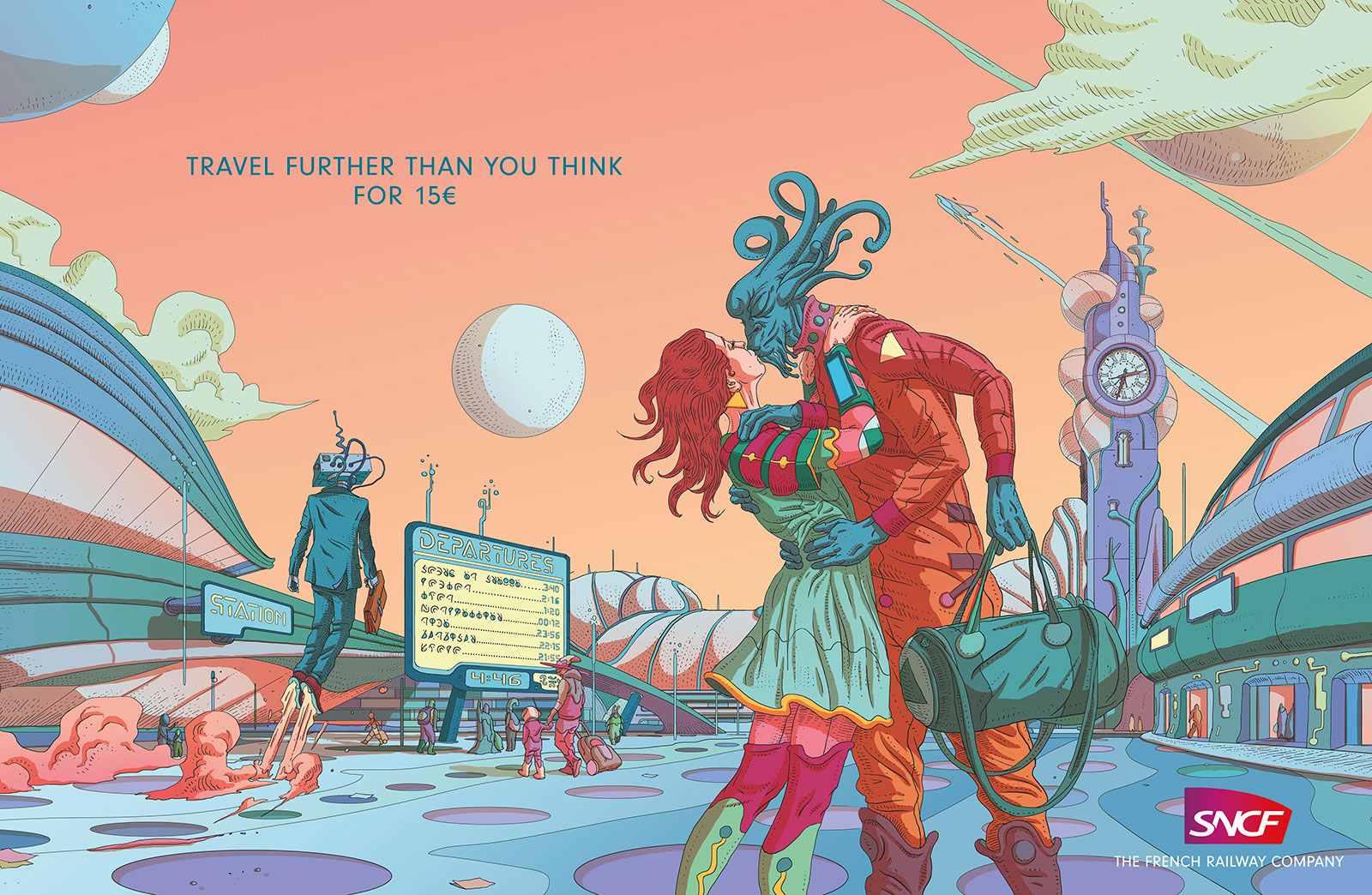 Illustrators Wenyi Geng and Olivier Bonhomme are responsible for the gorgeous imagery, which brings to mind NASA's space tourism posters by Invisible Creature in 2016 and the '70s-style comic book universe of Valerian and Laureline. Bonhomme himself is a comic book illustrator who also art directs video games; Geng's illustration work is manga-inspired.

The next illustration depicts a beach. While it remains impossible to find gluten-free donuts in Cannes, it's perhaps reassuring to think they are abundant on the beaches of Alpha Centauri. 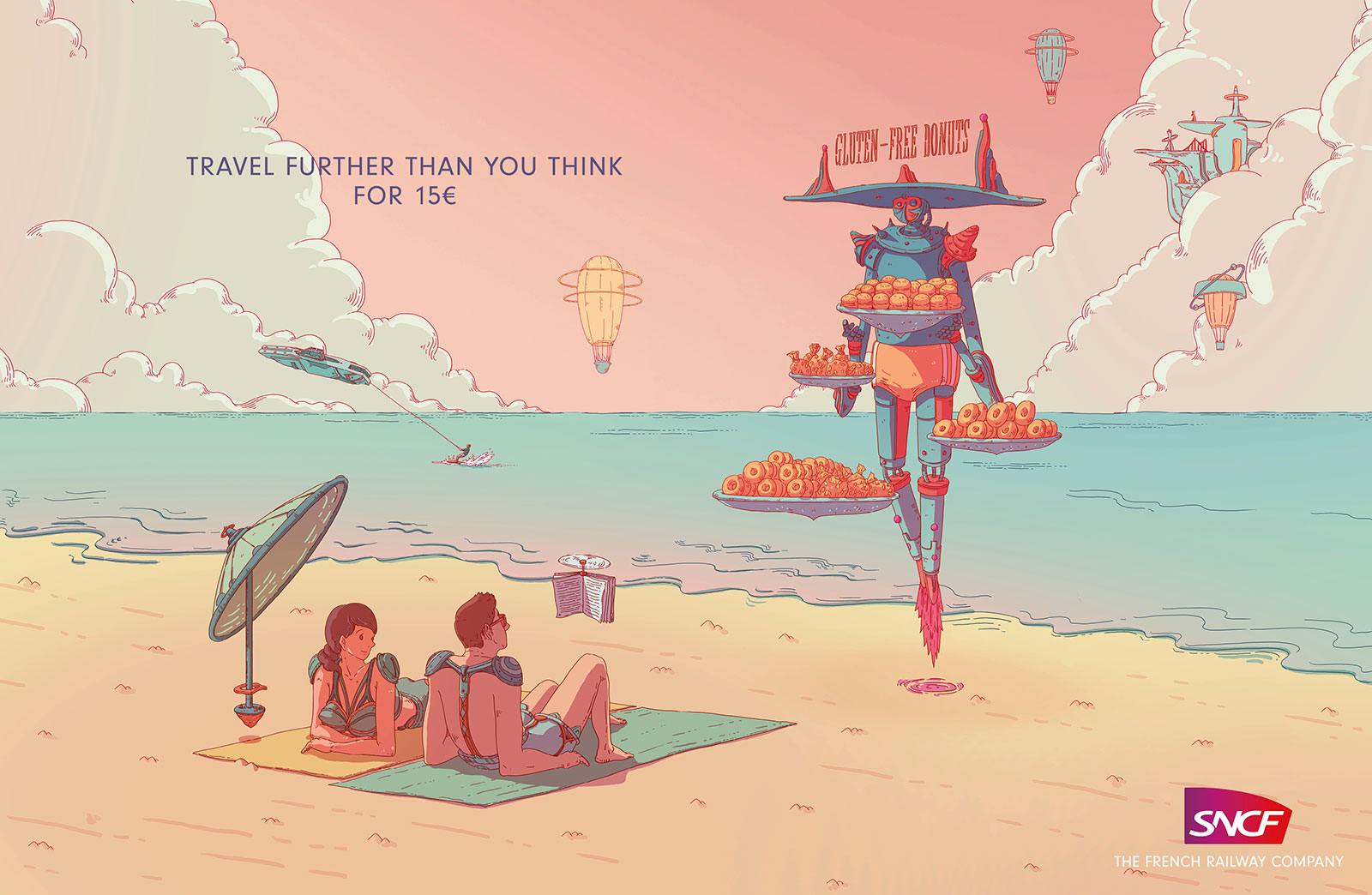 In the depiction below of a lake, a swan-shaped paddle boat gets the retro-futurist treatment. Also, we're pretty sure Uniqlo sells those jackets, which probably means there are off-planet Uniqlos, which bodes well for urban millennials in distant worlds (though the lakeside city of Annecy is still waiting). 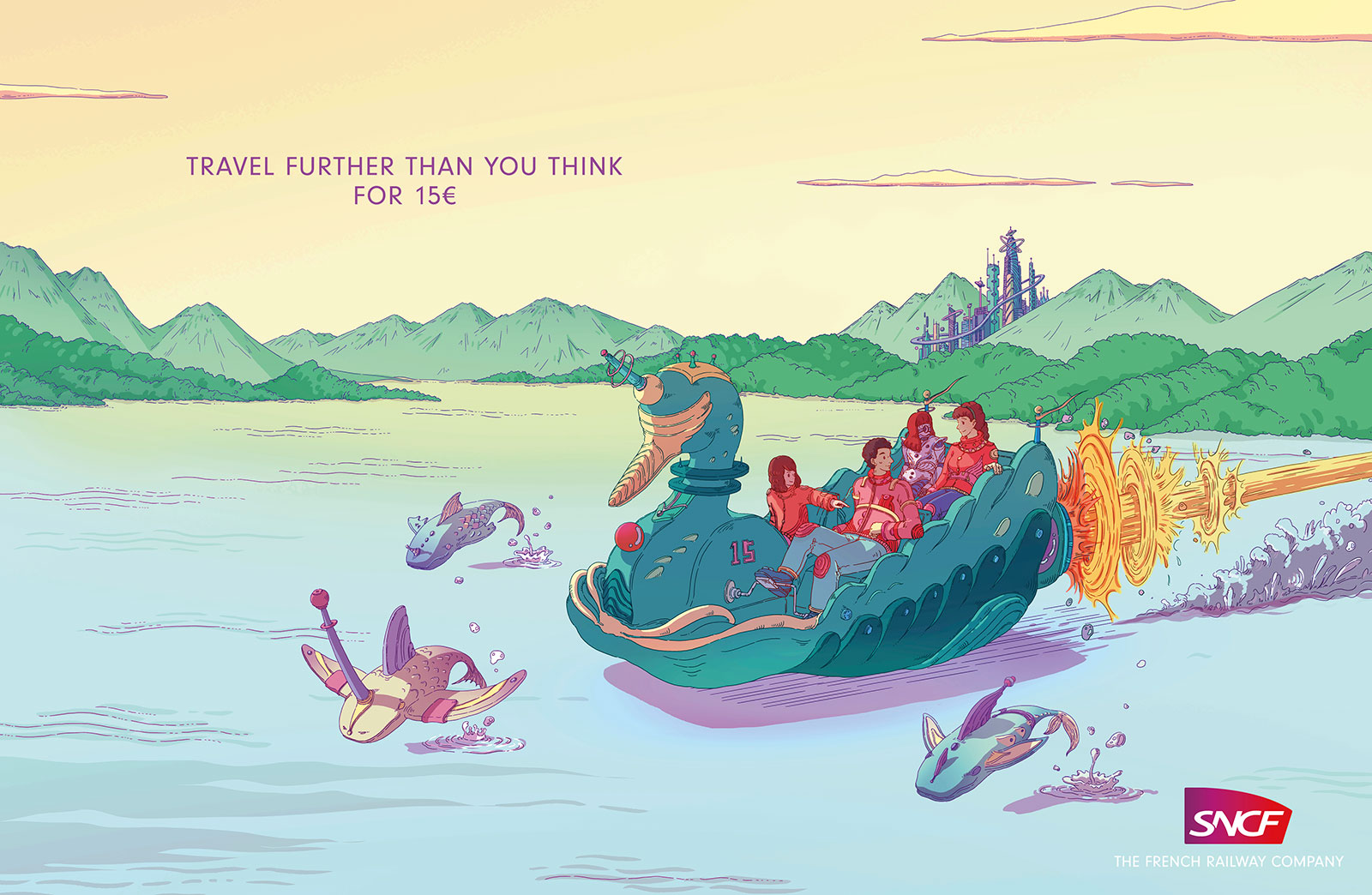 Skylines, too, remain a sight to behold elsewhere. But in this reimagining, tower viewers have one 'scope extra, for your third eye. We haven't checked lately, but this is probably also the case for Paris. 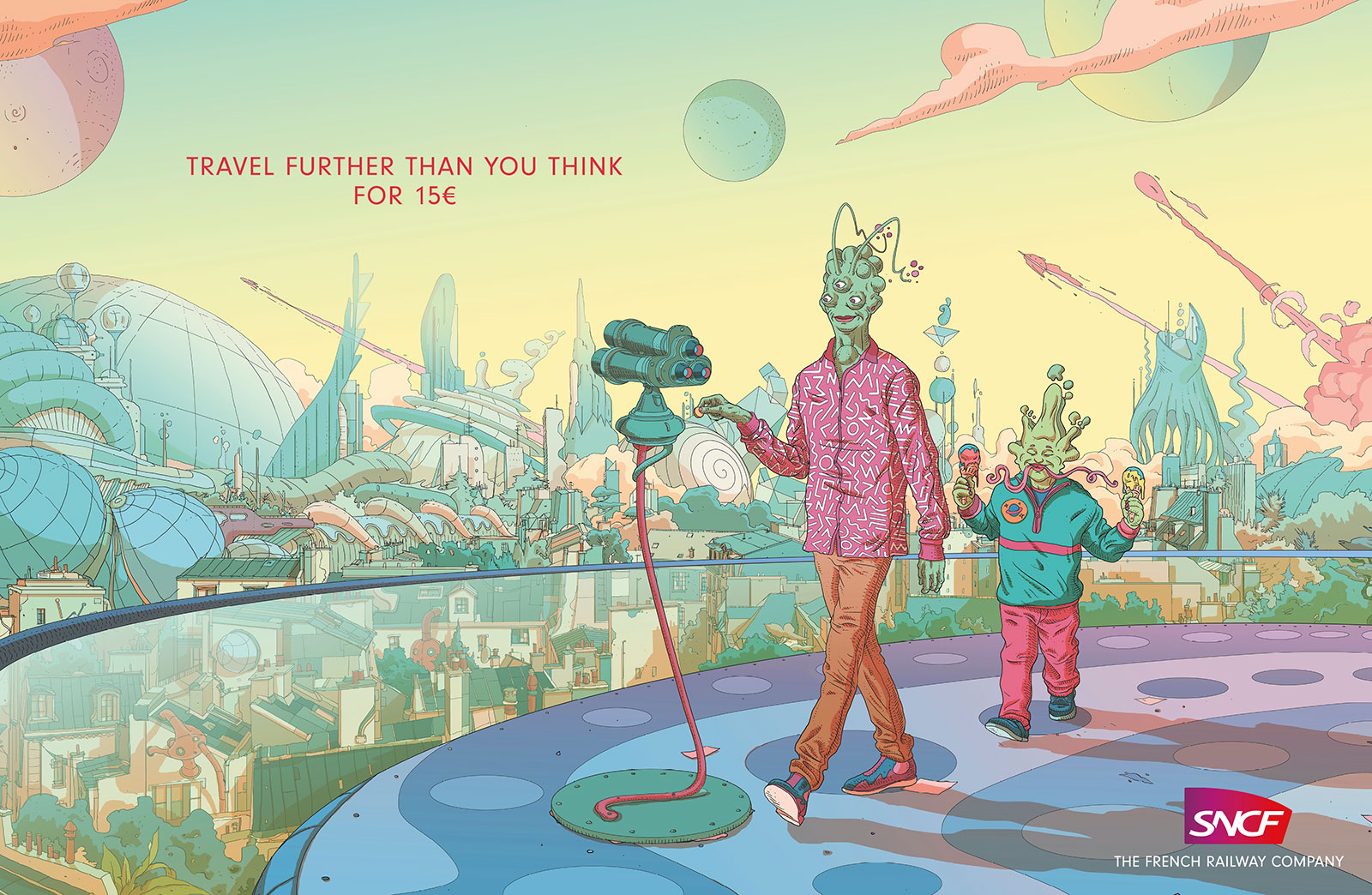 The visuals were created to cover the bases of Intercités destinations: towns, countrysides and the sea, as well as a departure scene in front of a train station. And while a train wouldn't exactly be our first choice for leaving the planet, it remains one of our favorite options for watching often-surprising scenery roll by in childlike wonder.

These capture that nicely.

Also, we really like the space thread weaving itself through tourism right now. Just last week, Russia's S7 Airlines shared a web series about Earth for non-local tourists. The collective mind is scoping outward, past our piddly solar system, to encourage people to escape their comfort zones.

It's not original, but it's interesting.