Yard NYC shows how they're changing the world

Sprinter Allyson Felix, astronaut Mae Jemison and DJ Bearcat appear in the minute-long spot below, a quick-cut celebration of what women can achieve as they reshape the present and guide us toward a more hopeful tomorrow:

WOMEN RUN IT ALL

"The events of 2020 have forced women all over the world to take on an enormous amount of responsibility. We felt it was the right moment to acknowledge this, and to celebrate the positive force women have in our community," Yard CEO Ruth Bernstein tells Muse. "Athleta believes in speaking to women and girls everywhere. With this work, we wanted to connect with current fans and followers, while also gaining the attention of women who are not as familiar with the brand. We believe 'Women Run' is a message for all genders and generations, grounded in a truth and a source of inspiration during a difficult year."

The :60 broke on Election Day, closing with the image of an American flag and the line, "Women run the future." Fittingly, Demi Lovato's "Confident" plays on the soundtrack. (Elsewhere, the sibling Gap brand struck a less unifying chord.)

"We wanted the work to strike the right balance between uplifting and unexpected, pushing how our brand can be perceived by showing a little of our disruptive side," Bernstein says. "Our female-led creative and production team partnered with a female editor to bring the creation full-circle."

"Women know how much they do," she adds, "so this is our way of acknowledging it and encouraging them to keep pushing. Because whether they're going into space or mastering a new skateboard trick, when women run, they change the world for the better."

The work shares themes with Wieden + Kennedy Amsterdam's recent "Victory Swim" for Nike, which shows a Muslim mom imparting skills and confidence to help her daughter take on life's challenges.

Athleta's initiative also includes an Instagram filter (which frames users' faces with the words "Women Run"), print ads and store signage, which you can check out below: 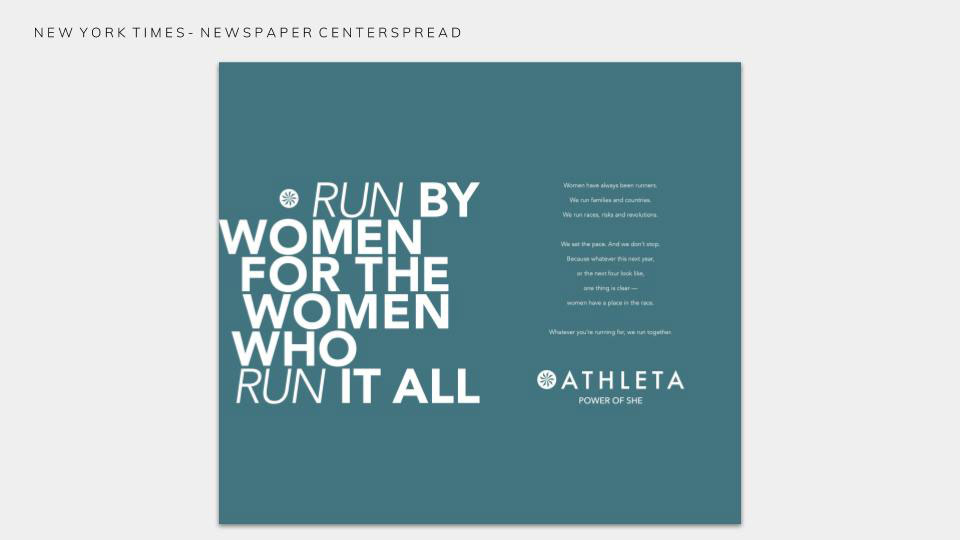 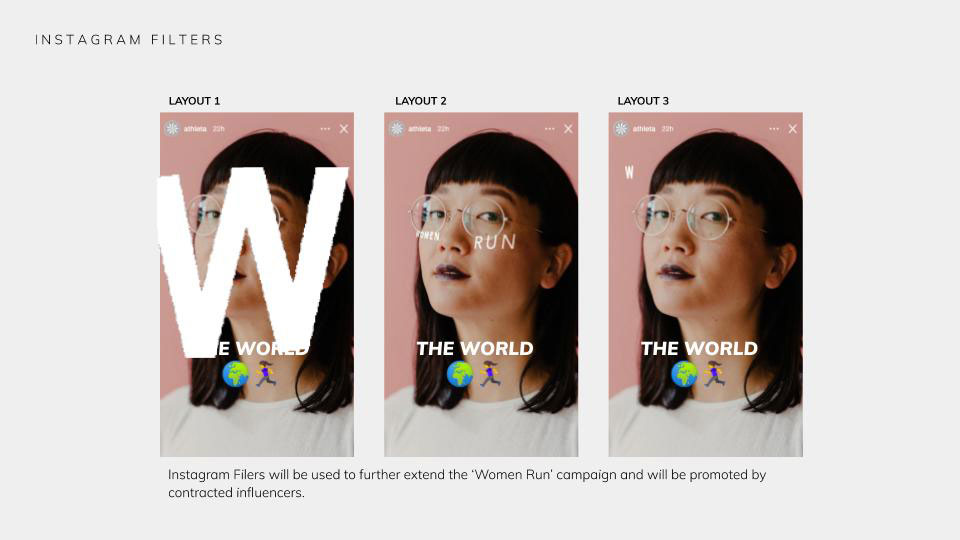 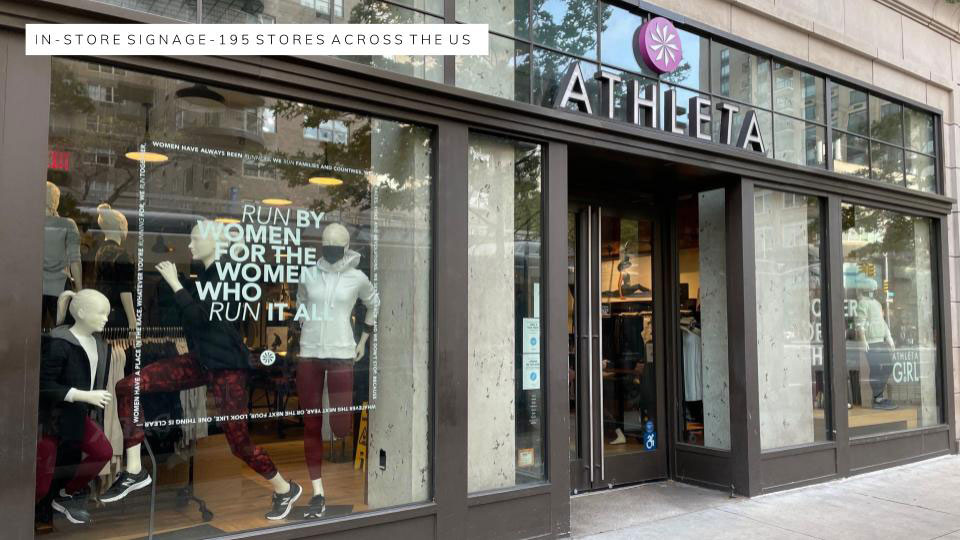