Ford Made a Scary Commercial Inspired by Grindhouse Horror Flicks

The new Raptor R is built for a fast getaway 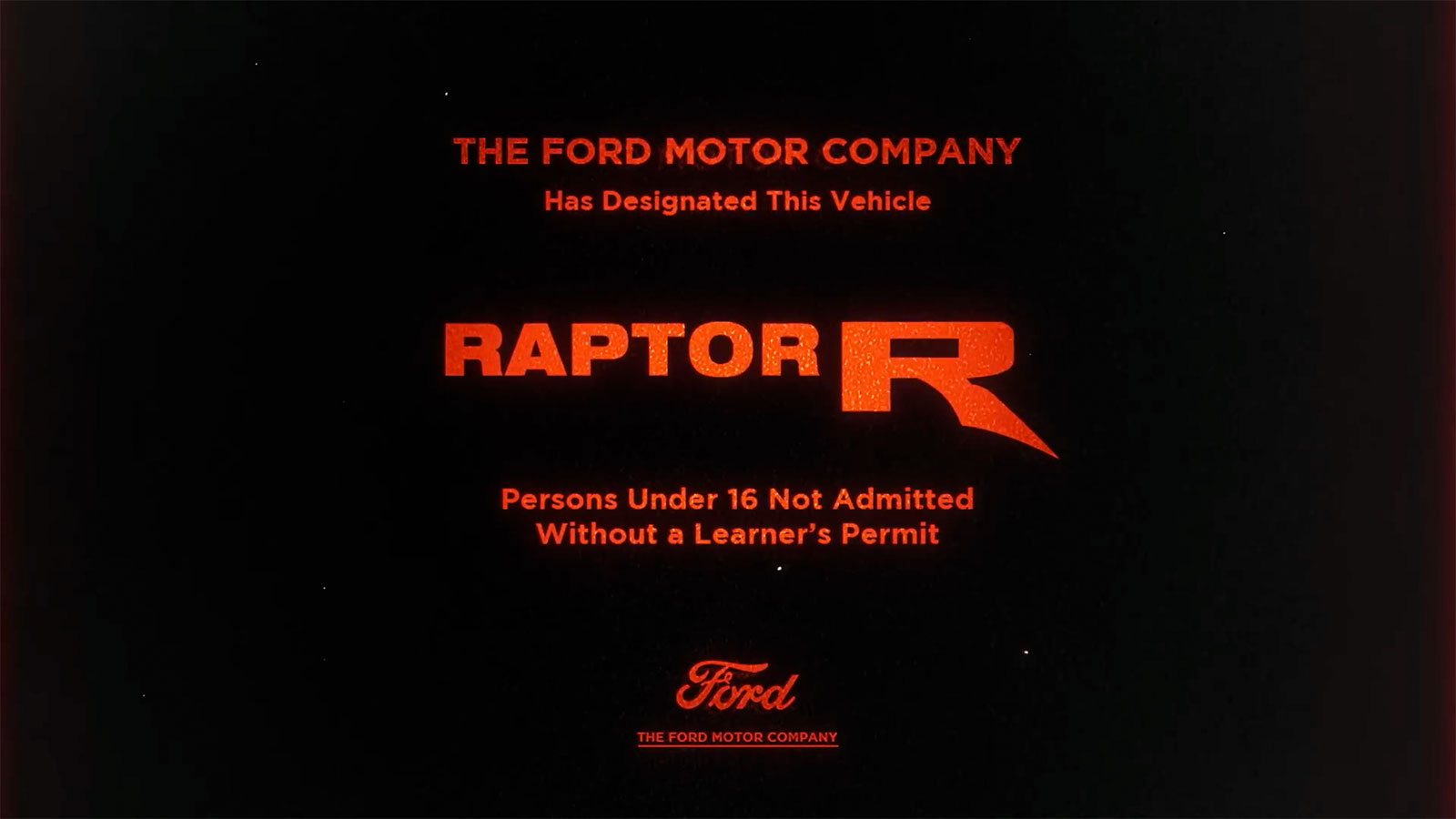 You're traveling alone through the desert, pursued by a demon with mischief on its mind. You'll need a vehicle that's "Scary Fast" to get the hell out of there!

Cacti engulfed in flame set the mood, as rattlers, wolves and scorpions roam the night. Did we mention there's a demon, too? Indeed we did. So, floor it, or you'll wind up as buzzard bait.

Director Lauren Sick channels the neo-goth mojo she previously employed for Dove Cameron's uber-popular "Boyfriend" music video to impressive effect. Here, the threats feel palpable, yet the video never goes full throttle with the scares. Instead, Sick leaves much to the imagination, creating a credible atmosphere of dread, with the Raptor cast as a souped-up savior (as long as there's gas in the tank).

Shot in the Utah badlands, the film drops this week in theaters, on YouTube and across Ford's social channels, with OOH poster installations and "Scary Fast" merch in the mix: 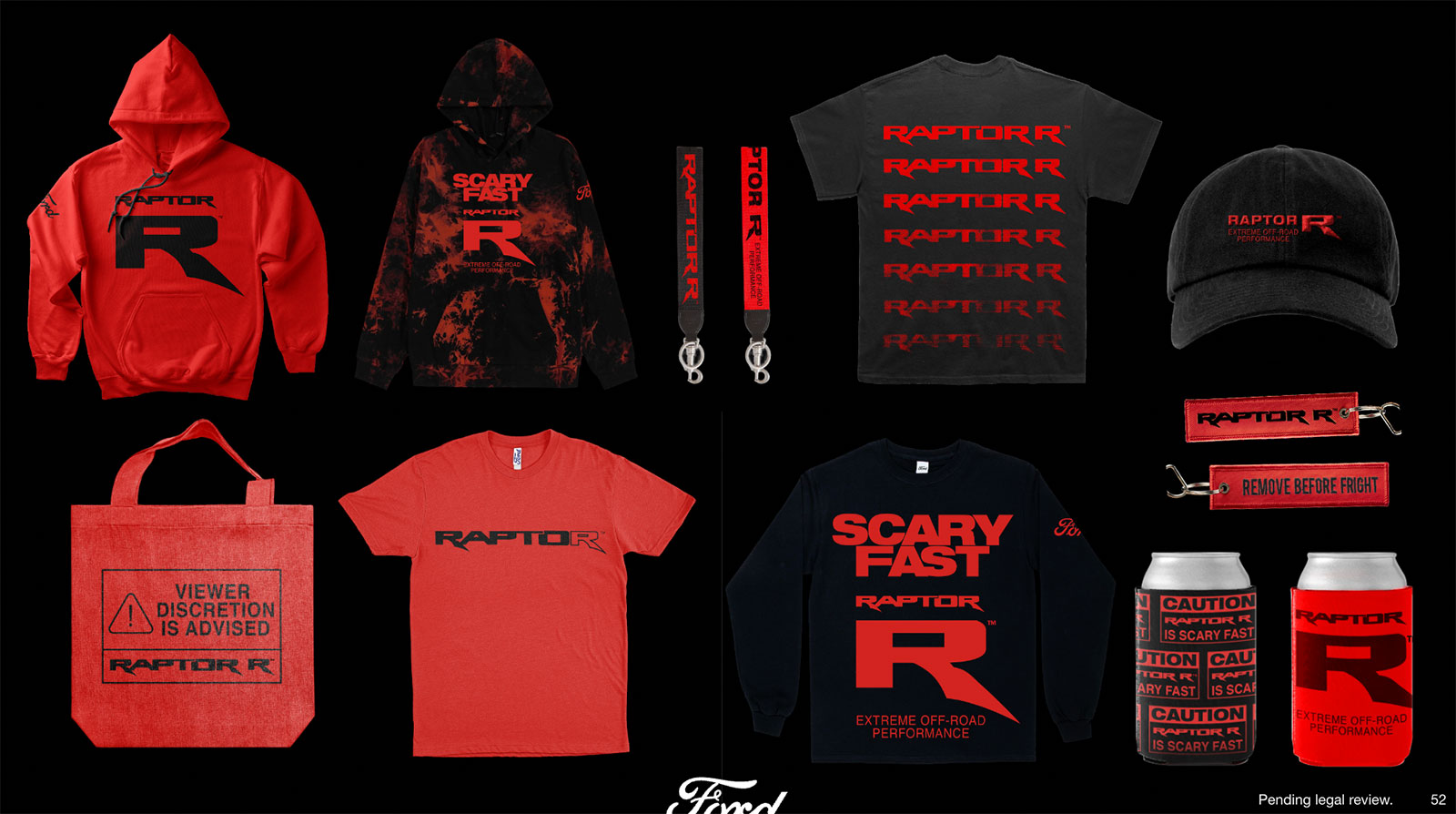 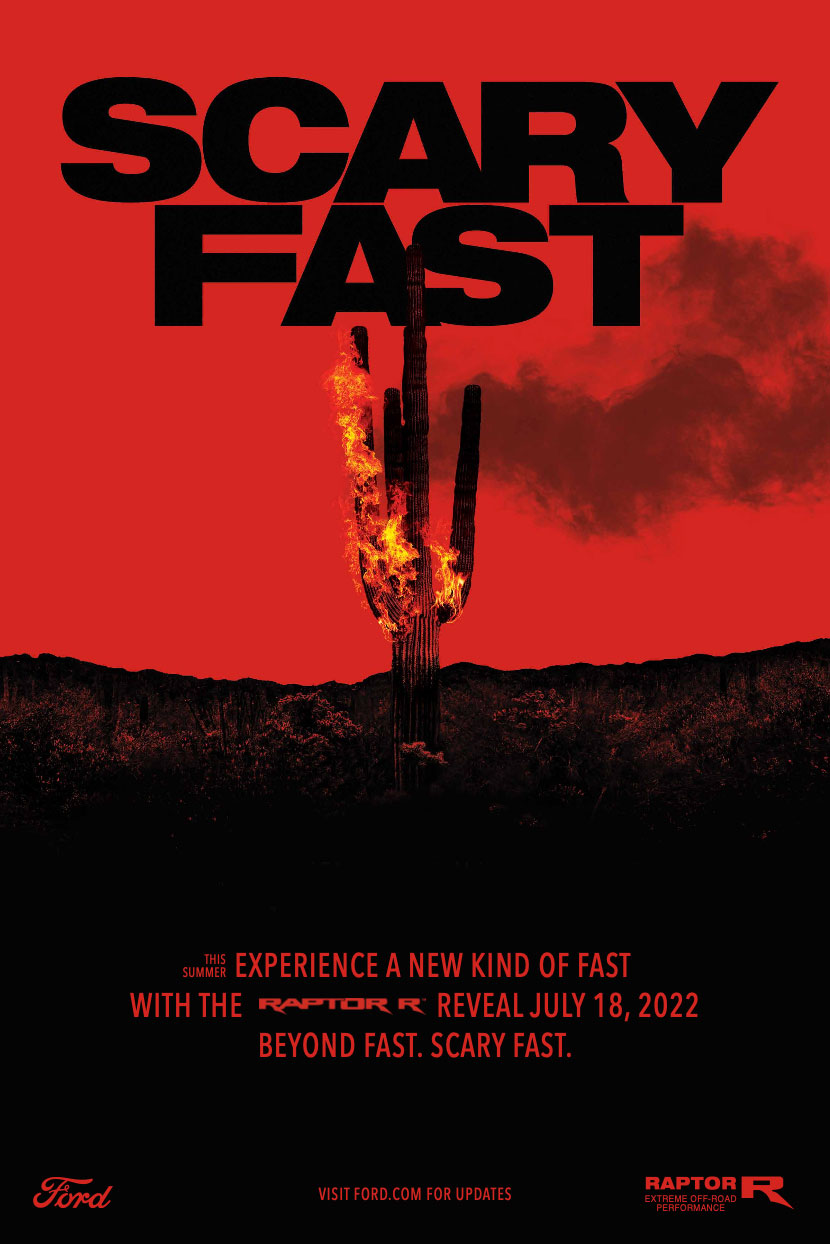 Below, W+K copywriter Jake Thompson takes us behind the scenes.

Muse: Where you get the idea to make a horror-themed commercial?

Jake Thompson: We wanted to convey the feeling of what it's like to drive a Raptor R, and that feeling goes beyond "thrilling." It's terrifying—in a good way (because the truck's so fast). The so-scary-it's-fun nature of the vehicle made us think of people packing into theaters to watch horror movies, and it all kind of took off from there. Put simply, Raptor R and horror movies are both ways people scare themselves on purpose.

Were there films or TV shows that inspired specific scenes?

The whole gritty Grindhouse aesthetic was the main point of inspiration. We liked the notion of making something that felt nightmarish and deliberately illogical.

Lauren Sick was a sick choice to direct, as it were. Why her?

Any anecdotes or tales from the set?

Every animal—from the scorpion to the wolf—was shot practically. Meaning, they drove out to the desert with us and 'acted' on our behalf. I think they all did a great job. The wolf, as it turns out, was a very sweet, friendly wolf. Like, just a happy boy. So, we had to do a bunch of work in post to make him look terrifying.

Another recurring challenge was the inability of our pursuit vehicle to keep up with the Raptor R. It's that fast. The film features a lot of stunt driving. We knew we'd have to feature a giant disclaimer at the beginning. So, we embraced it and made the disclaimer feel like the opening title card for a movie trailer.

Who is the target audience? Why will they respond to this approach?

Anyone who enjoys intense, creepy entertainment. Hopefully, they'll respond to it because it's legitimately creepy and intense!