Famed sculpture swaps the bull for a building

The famous statue, which won a slew of advertising awards for the financial company—including five Grand Clios at the 2017 Clio Awards—had been staring down Arturo Di Modica's Charging Bull statue in Bowling Green since March 2017. She was removed from that spot in late November, and unveiled at 8:15 a.m. Monday at the NYSE. 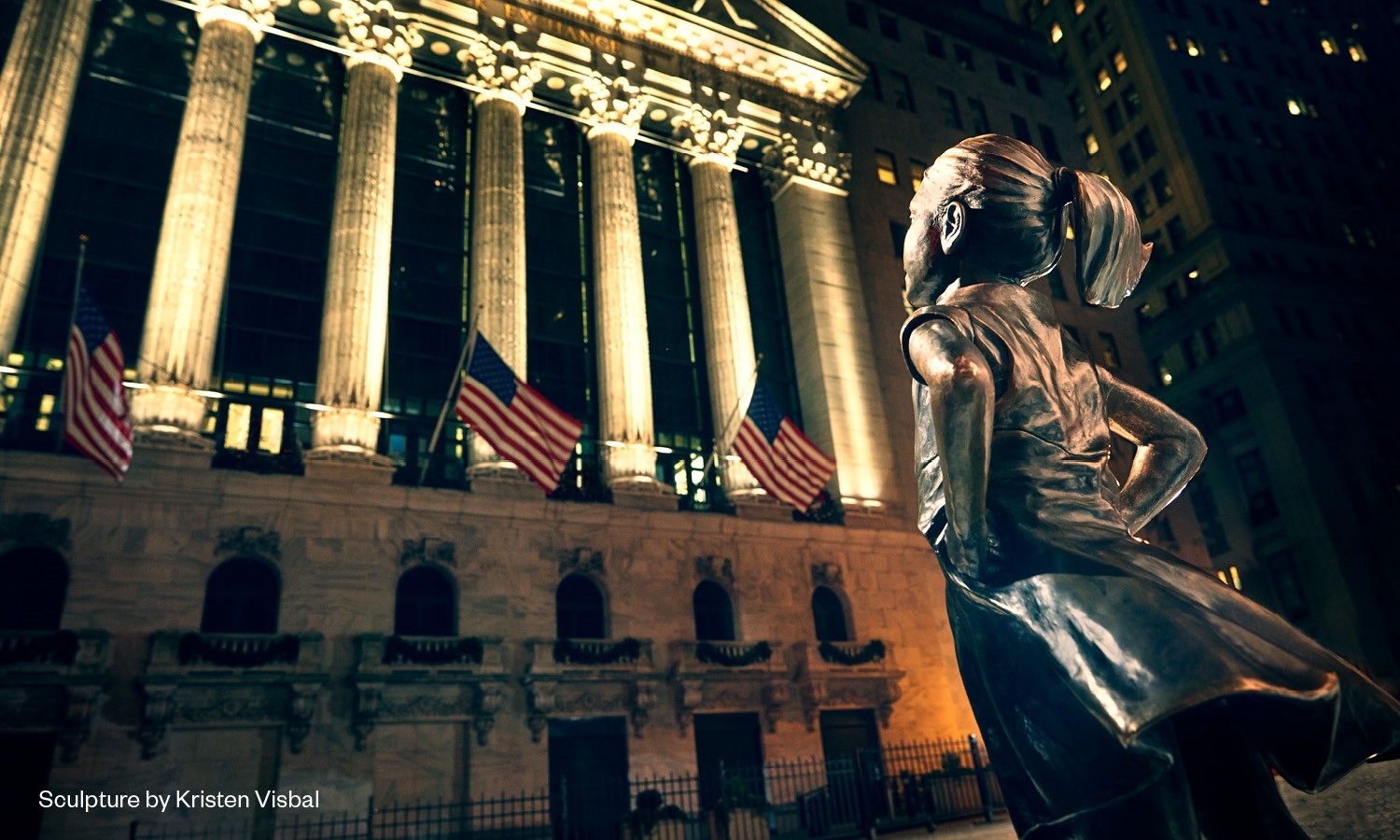 Fearless Girl, created by McCann New York and sculptor Kristen Visbal to salute the power of women in business—and to raise awareness of State Street's SHE fund, which invests in companies with female leadership—was supposed to appear at Bowling Green for just a few months. But she instantly became a global sensation, as people flocked to Lower Manhattan to take selfies with her.

The thought of taking her away became implausible—though she did have to be moved, partly because there were traffic safety concerns at Bowling Green.

New York mayor Bill de Blasio has said the new location will be Fearless Girl's "long-term" home. De Blasio has called the statue "a powerful symbol of the need for change at the highest levels of corporate America" and that "she will become a durable part of our city's civic life."