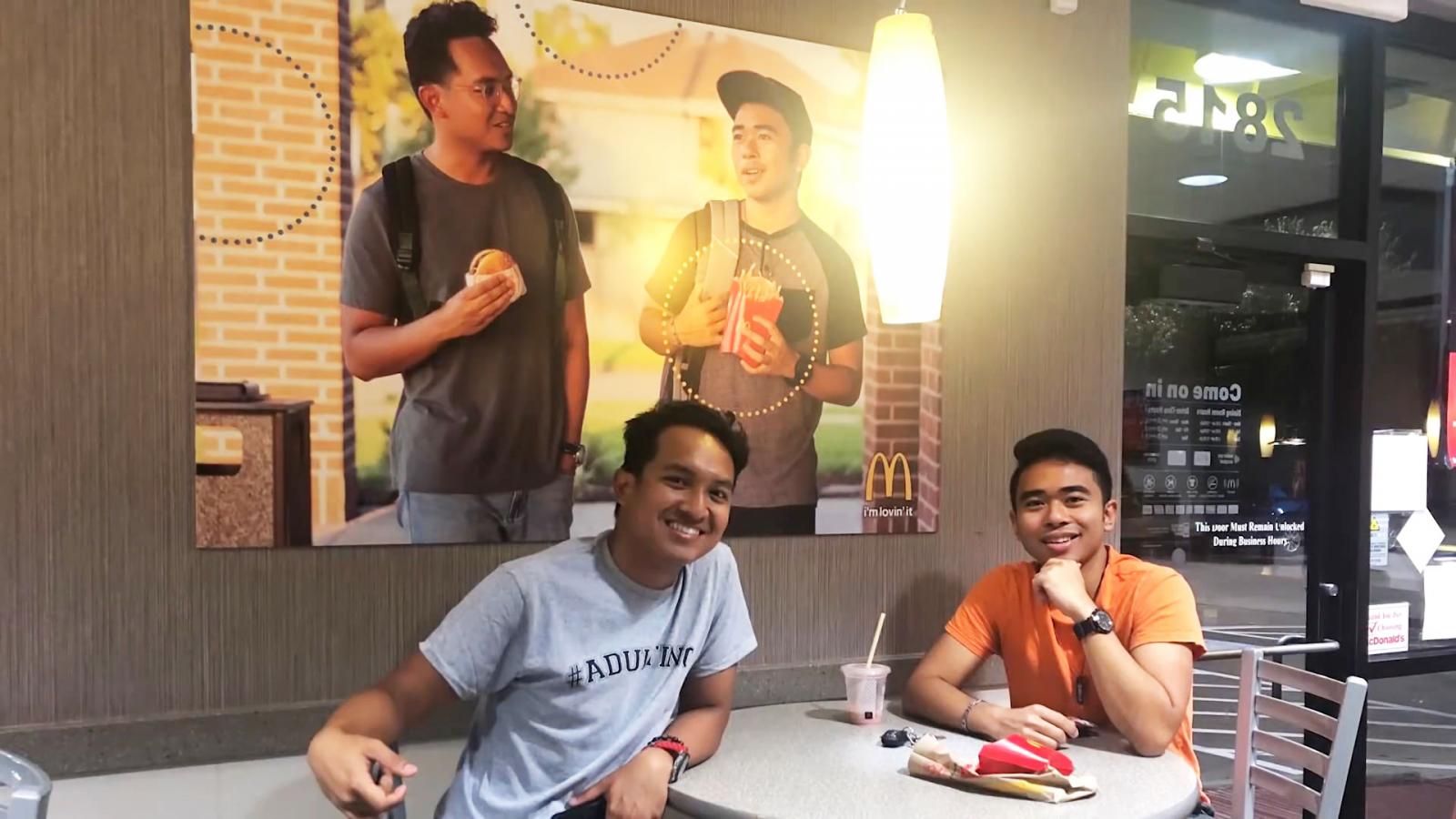 This Fake Ad, Snuck Into a McDonald's Two Months Ago, Isn't Just a Silly Gag

Looking for a good old-fashioned prank with a side of surprisingly potent media/brand commentary? This should do the trick.

Two friends in the Houston area, Jevh Maravilla and Christian Toledo, recently affixed a fake advertisement to the wall of their local McDonald's—art directed exactly like the other posters in the restaurant—showing themselves walking along with McDonald's food.

The point? To add some Asian faces to the marketing—as none of the other posters featured any Asian people.

The prank took some serious planning and production chops, as well as some nerves of steel on the day of the installation. See how it all went down here:

The poster went up on July 13. Maravilla posted an update to Twitter on Sunday saying it was still up almost two months later.

i noticed there was a blank wall at mcdonald’s so i decided to make this fake poster of me and my friend. It’s now been 51 days since i hung it up. pic.twitter.com/5OTf5aR4vm

The video is very entertaining, but Maravilla tells the BBC—and also mentions in the video—that there is a more serious underlying point here about the representation of Asian people in American media, whether in ads or entertainment content.

"We all deserve equality and all races deserve recognition," he says. "I don't know why McDonald's marketing didn't include Asians, but often in the media Asian men are not shown as masculine and Asian women are just portrayed as cute and pretty. When I was growing up, Asian people only appeared in movies as martial artists or funny side characters."

Muse has reached out to McDonald's and its agency, We Are Unlimited, but we've yet to hear back. It will be interesting to see if the fast-food chain addresses this issue publicly, given that Maravilla's tweet has gone viral with almost 730,000 likes as of this writing.

UPDATE: In a reply to Muse, McDonald's declined to comment on whether the ad will remain up in the restaurant. But it did provide this statement from the franchise owner, Mariselle Quijano:

"We take pride in highlighting diversity in every aspect of our restaurants. We applaud these students' creativity and hope to see them in our restaurants again soon."

Meanwhile, Canadian TV host and actress Nicole Stamp has some interesting ideas for how McDonald's should respond that are hard to argue with. See below.

AMAZING
Imagine the frantic meetings happening at Head Office right now, debating how to respond to this

I think their best bet is to:
acknowledge they should have used Asian models,
say thank you,
pay you a consulting fee + free food for a year...