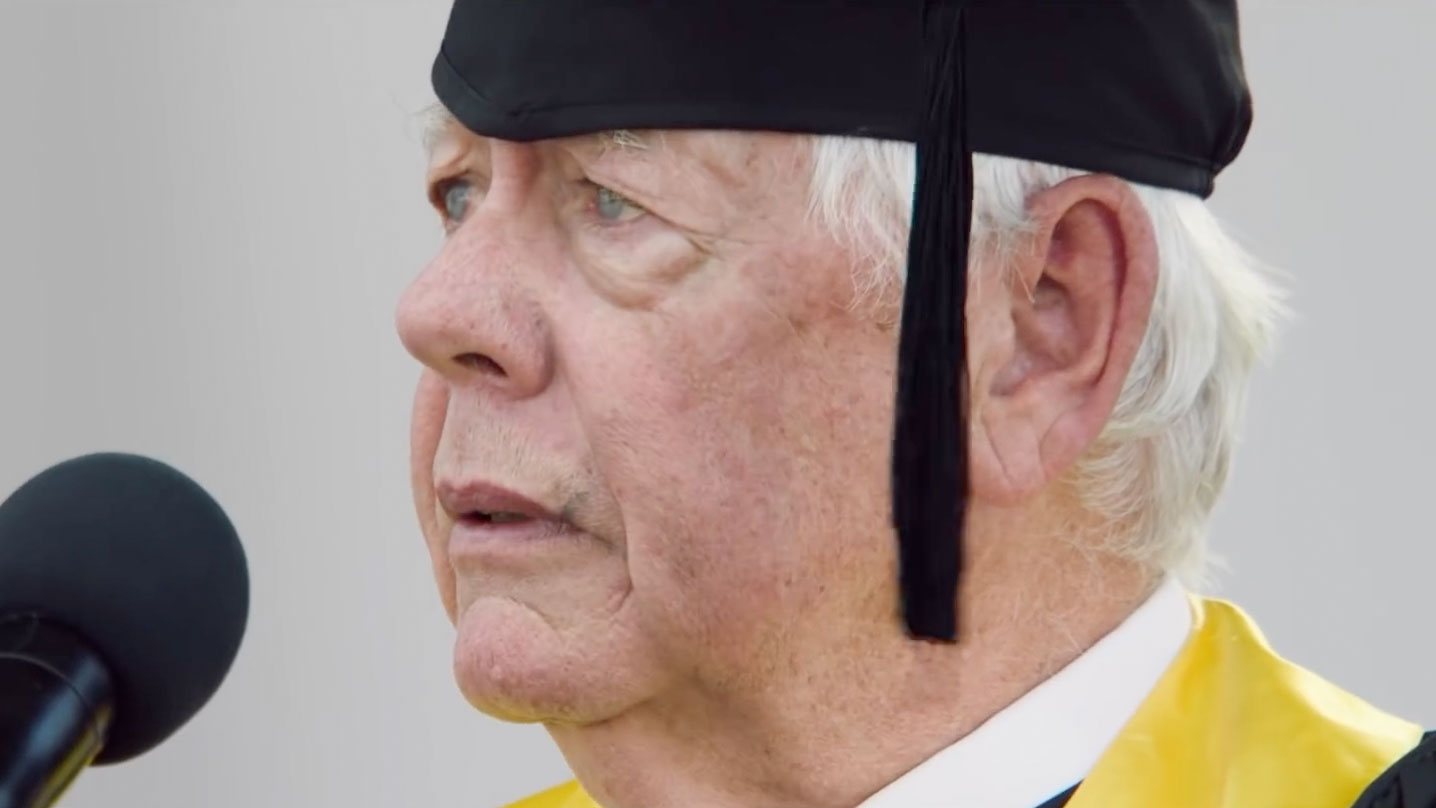 When former NRA president and current board member David Keene agreed to give a graduation speech at a Las Vegas high school, he never imagined he'd wind up as the central figure in a viral gun violence prevention campaign.

But that's exactly what happened after advocacy group Change the Ref, Leo Burnett Chicago and Hungry Man director Bryan Buckley tricked Keene into delivering an address in front of 3,044 empty chairs. That's how many more young people would have graduated this year if they hadn't died in mass shootings.

In the making-of clip below, Change the Ref founders Manuel and Patricia Oliver, who lost their teenage son Joaquin in the 2018 Parkland massacre, explain how "The Lost Class" came together:

"We are here representing every singe kid that is not able to finish high school," Manuel says.

"People deny the actual reality," Patricia adds, "and we cannot allow them to deny it, because this is real. This is happening."

The project generated glorious gotcha footage of Keene and Lott prattling on about second-amendment rights and decrying the radical left as, all the while, the pristine white seats bear witness to their folly. As they speak, messages flash on screen, accusing each man of helping "keep assault weapons on the streets" through their words and deeds (such as NRA fundraising and opposing universal background checks).

Keene and Lott appear oafish, startlingly and predictably so, as 911-call audio and gunshots punctuate their platitudes. (Hollow points reverberate in more ways than one.)

Burnett conceived the approach upon learning that Joaquin Oliver would have graduated this year.

"We were looking for an idea that was unlike anything that had been done before," executive creative director Sam Shepherd tells Muse. "That's a pretty tough brief. When the teams shared an image of empty graduation chairs arranged like the cemetery in Normandy, I was blown away. But it wasn't enough for us to shoot an emotional film capturing the 3,044 chairs. That's where every gun ad has stopped before. We had to place this devastating image in front of those directly responsible."

"It was important for us to go all the way, no matter what the cost, to finally confront these NRA members with the results of what their words and lobbying have caused," Shepherd says.

The team views the results as more than just a campaign. "This is a statement, an indictment of those who don't think they will ever be held accountable for their words," Shepherd says. "It's an example of the demonstrative power of creativity when fear isn't in the equation."

Given the magnitude of the gun-violence problem, it's tough to feel a scintilla of sympathy for Keene and Lott. Yes, they were deceived—but ultimately damned by their own regressive words and ideas. (Also, a quick Google search would have revealed that "James Madison Academy" doesn't exist.)

A noble goal, helped along, perhaps, by the copious media coverage surrounding "The Lost Class."

Still, Lott claims selective editing twisted his speech (while the NRA and Keene have wisely stayed mum). And one wonders if the trickery won't give the gun crowd ammunition for some sneaky media play of their own.