For an out-of-home campaign in 2014, Australia's ANZ Bank and TBWA\Melbourne decorated a bunch of ATMs with rhinestones, sequins and leather, turning them into "GAYTMs"—emblems of diversity, inclusion and respect for Sydney Gay & Lesbian Mardi Gras.

Now, ANZ—a longtime sponsor of the festival—has launched another colorful OOH campaign from TBWA\Melbourne, this time based around street signs.

Sydney's Mardi Gras parade famously travels down Oxford Street. But for LGBTIQ+ individuals living in other parts of Australia, the celebration can feel far away. So, TBWA found every Oxford Street across the country—all 123 of them, from Bunbury in western Australia to Berry Springs in the Northern Territory—and created colorful street signs for each one, featuring unique representations of LGBTIQ+ culture.

The work was done together with Revolver/Will O'Rourke. 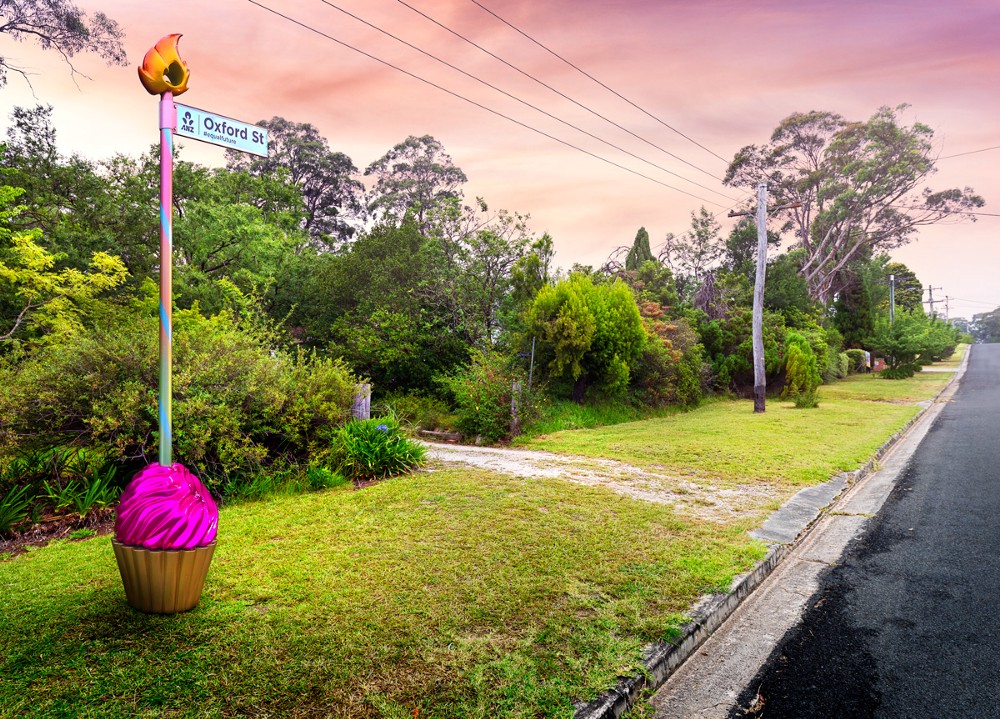 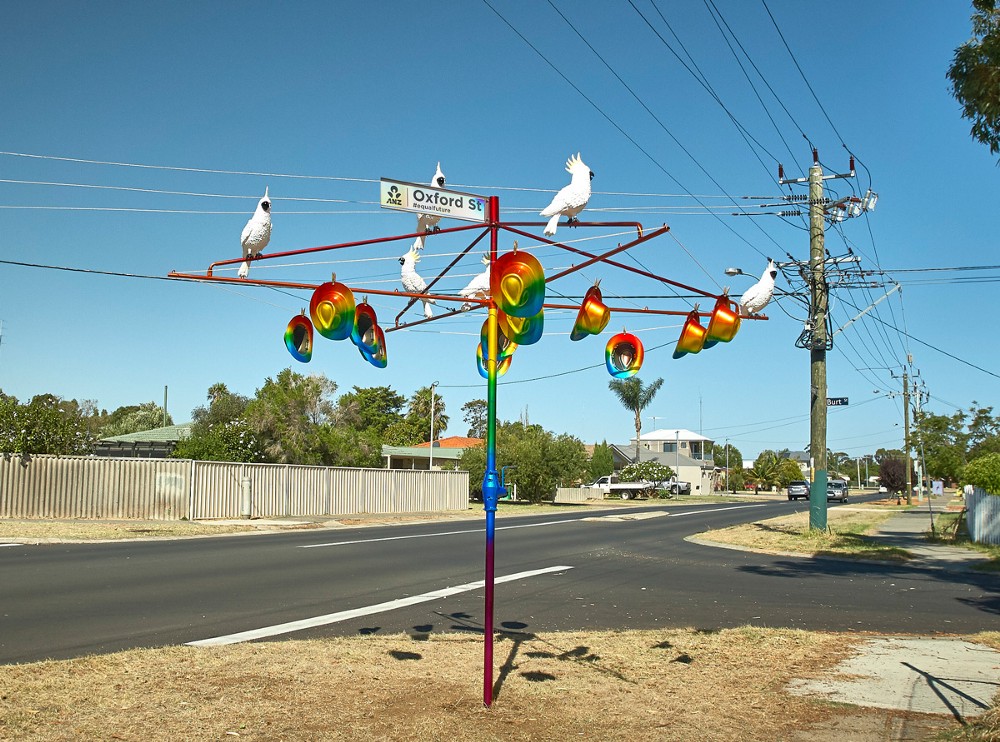 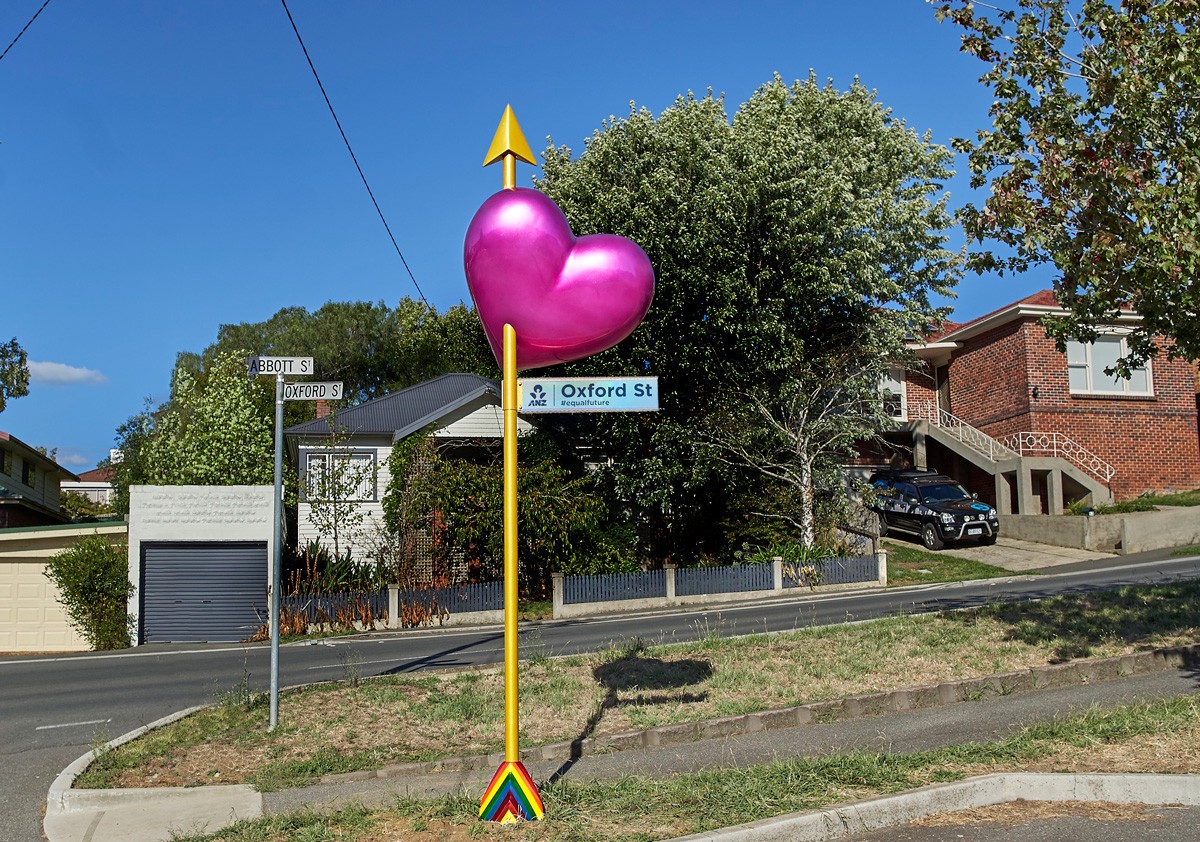 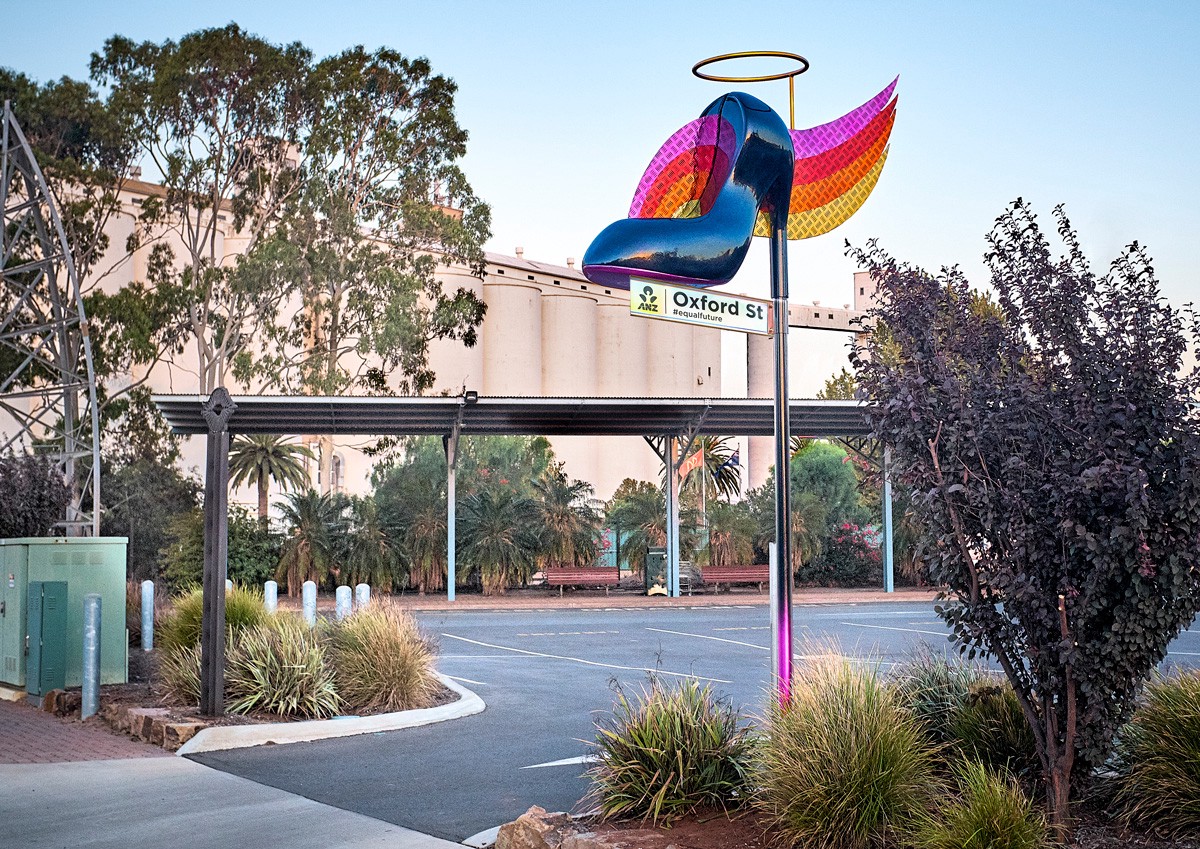 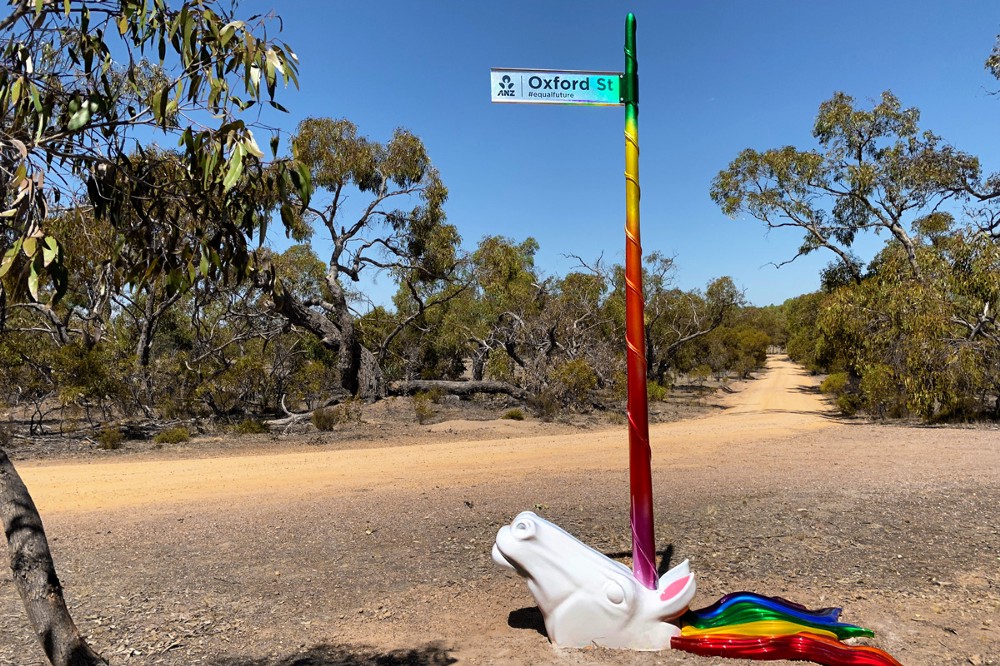 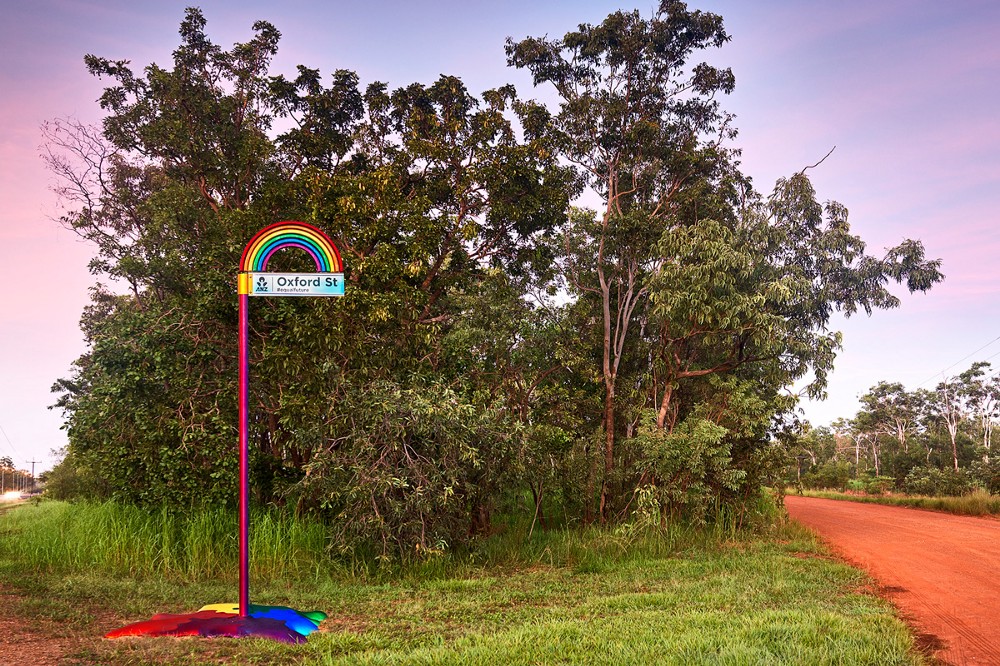 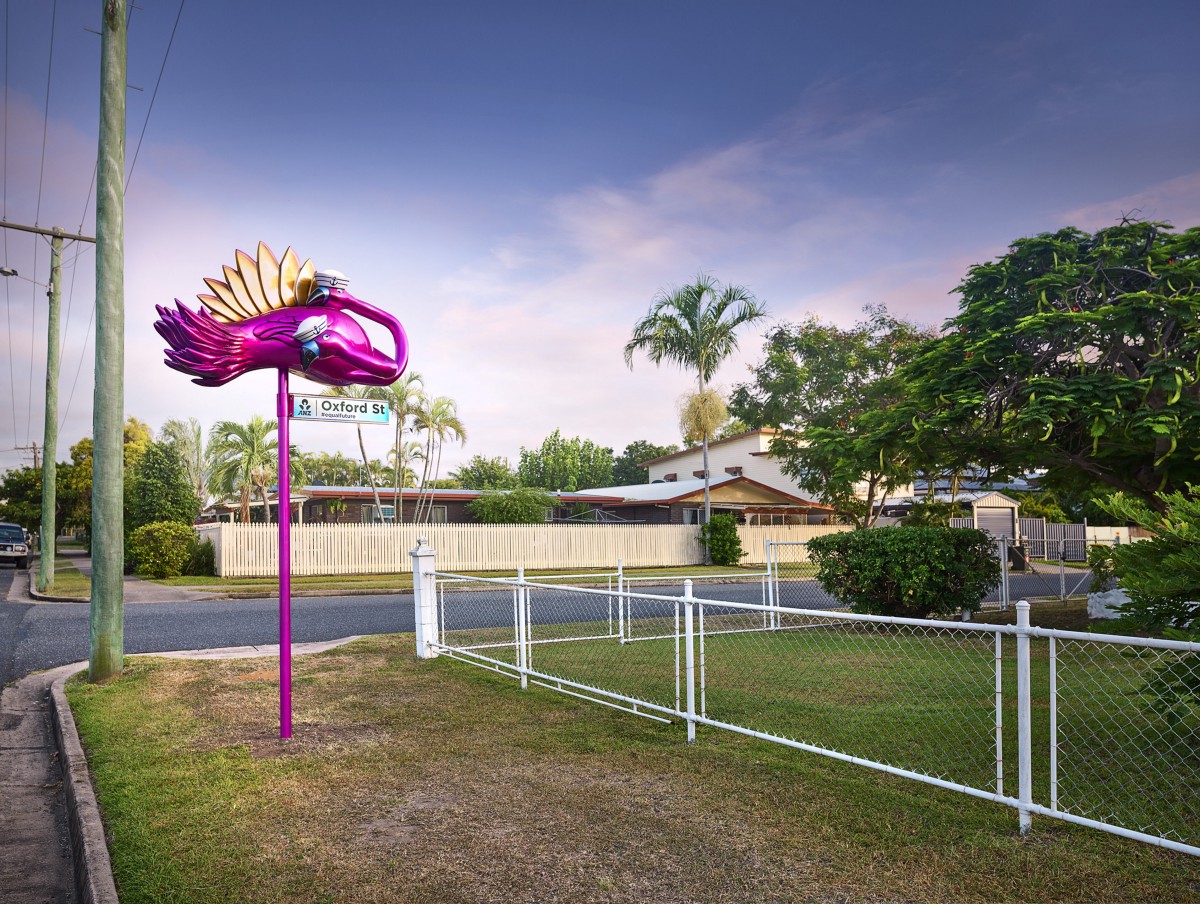 "We're letting everyone know that no matter how far from Oxford St. Sydney you are, we're supporting you as we strive for inclusive communities and an #equalfuture for all," says Carolyn Bendall, head of marketing Australia for ANZ.

"As principal partners for Sydney Gay & Lesbian Mardi Gras, ANZ has a remarkable history of support for LGBTIQ+ inclusion, and this year's campaign is no exception. Everyone, no matter where they live, deserves to feel celebrated and included," adds TBWA\Melbourne.

The campaign also includes an eye-popping installation in Sydney itself, on Bondi Beach—a 20-foot-tall "Signs of Love" sculpture featuring references to the 123 signs spread around the country. 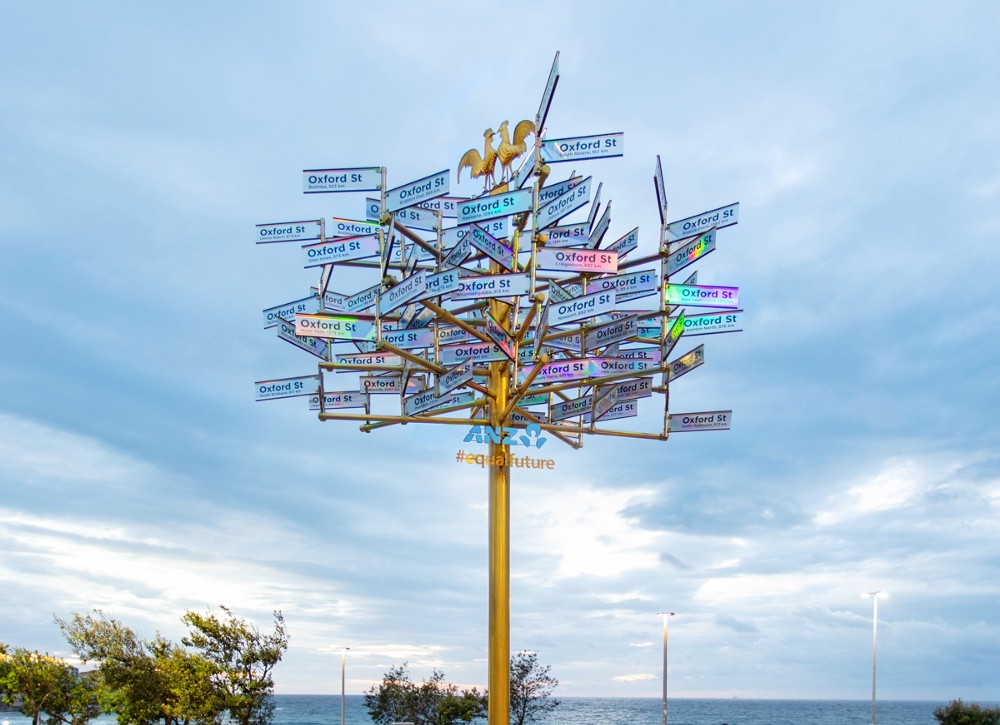 ANZ also worked with Google to display the street signs on Google Street View, extending the campaign's reach. Entertainer Courtney Act and other LGBTIQ+ influencers are also supporting the initiative. 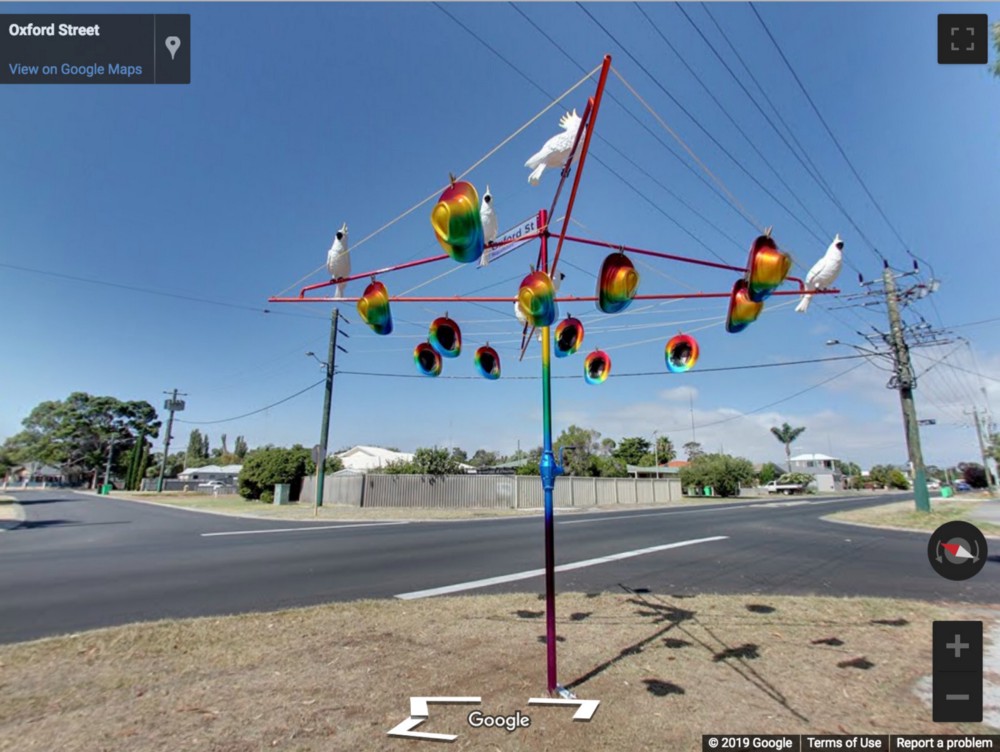 Check out a video about the campaign below.

ANZ said on Twitter that several of the street signs were damaged over the weekend—reinforcing the statistic that 84 percent of LGBTIQ+ individuals believe there are still parts of Australia where they feel unsafe. But the bank said the vandalism "will not break our spirits" ahead of Sydney Mardi Gras.

Over the weekend several of our beautiful Oxford St installations were damaged. While this breaks our hearts, it will not break our spirits ahead of the @sydneymardigras. We know more needs to be done for LGBTIQ+ inclusion & we’re pleased to see the community lend a helping hand. pic.twitter.com/91PnJb9dGY