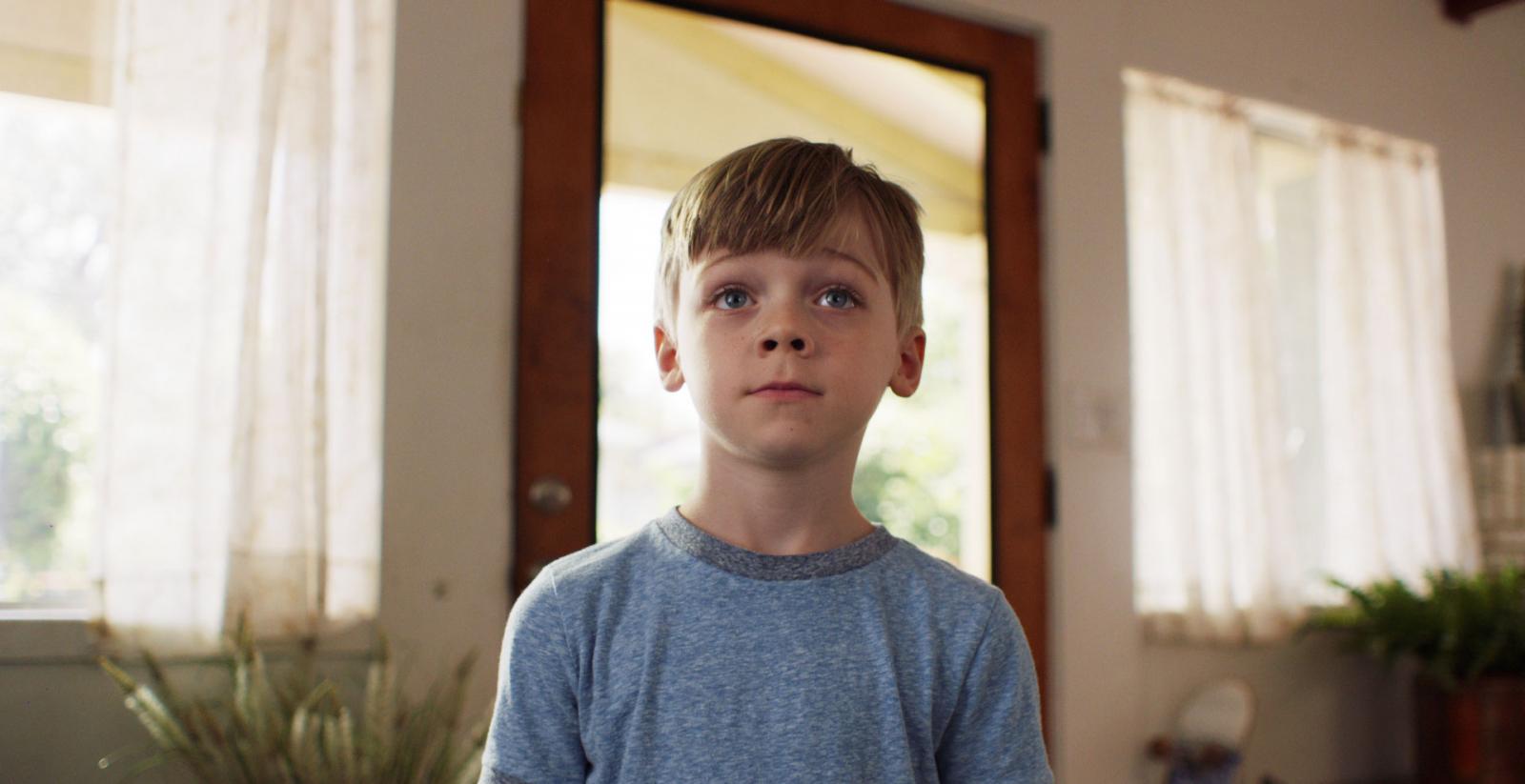 Droga5's New Ad About Guns in the Home Is Perfectly Unsettling

PSA for The Brady Campaign introduces the phrase 'family fire'

Few tragedies are more heartbreaking than children being killed or maimed by playing with a loaded gun that's unsecured in their home.

It happens every day. Shockingly, it happens eight times a day in America, according to the Brady Center to Prevent Gun Violence. In response to the epidemic, the group today released a powerful new campaign, in conjunction with The Ad Council, that addresses the issue—and hopes to solve the problem in part by simply naming it.

The campaign, crafted by Droga5, introduces the phrase "family fire" to describe these unintentional shootings. The idea is to define the issue—much as the phrases "drunk driving" and "secondhand smoke" defined those issues—and, by crystallizing awareness in this way, hopefully make it easier to combat.

The centerpiece of the "End Family Fire" campaign is a sobering two-minute spot featuring a father and son discussing the gun in their own home. The writing is sharp, the performances deft and unsettling, and the ending quietly devastating.

Directed by Jim Cummings of Here Be Dragons, the eerie spot seems designed to spook the viewer without veering directly into shock tactics. The ending, in particular, suggests the whole scene was imagined by the father—and that the boy, in fact, may already be dead from playing with the father's gun.

Various moments throughout the film support this, some more evident on second viewing. The film opens with the child lying face down and motionless, which had seemed innocent at first. Some of the dialogue ("I haven't found them yet, but I'm sure I can," the boy says of the bullets) also clearly suggests the scene is a hallucination.

The craft reinforces the sense of loss, particularly at the 0:51 mark, when all of the color drains out of the frame as the boy reveals he knows where the gun is hidden.

Duncan Marshall, founding partner of Droga5, tells Muse that the twist ending was "a way to have the viewer keep thinking about what the outcome was—was it all a real conversation, a remembered conversation or simply a conversation the father is wishing he'd had with his son who's now tragically no longer there?"

Here's more from our chat with Marshall:

How did you arrive at the decision to invent a phrase, "family fire," that could help this problem? Was it a mix of research and intuition?
In our initial rounds of in-home research, we realized how difficult it was to have a constructive conversation about gun safety. We also realized that, though there was extensive coverage of gun-control issues, particularly in the context of school shootings, there was limited discussion of the eight kids a day who are unintentionally killed or injured by an unlocked, loaded gun.

In order to bring the issue to the forefront and facilitate conversation, we realized it needed a name: Family Fire. Inspired by successful public-health campaigns that coined the terms "drunk driving" and "secondhand smoke," we believed that, by naming and defining the issue, we could work to eliminate it.

Can a single phrase like that can change behavior?
Our ultimate goal is to make Family Fire a household term. We hope that everyone who interacts with our content walks away with a clear understanding of the extreme risks that come with keeping guns in a home with children and of the necessary steps to safely store your gun.

There are a lot of ways to dramatize this problem, even humor. This spot is much more sobering. Why go in this direction?
The "End Family Fire" campaign is meant to reach all families with children in the home. Our approach is nonpartisan and focused on safety. We hope that families with a gun in the home will reevaluate their home-protection needs and take the necessary steps to be safe and responsible gun owners. We aren't trying to take away guns or be anti-gun but rather encourage the safe storage of guns.

What was the most challenging thing about producing the spot?
Performance. If the boy and father didn't connect in a credible, loving way, the emotional strength of the piece would have been lost.

Are you hoping the "twist ending" will make the spot more shareable?
The twist was meant to create a conversation between families with guns in the home, but yes, hopefully more shareable, too. Our launch film observes a conversation between an average father and son in an average home in America. The back-and-forth of questions from the son and answers from the dad begins with a simple, "Dad, do we have a gun?" and from there takes us on a powerful and agonizing journey to an end where the audience cannot be sure whether this was a real conversation or an imagined one between a father and a son who was tragically killed by a gun in the home. We hope this ignites a reaction and, in turn, encourages folks to share the spot and take action.

The overhead views in the images on the website are interesting. Can you talk about that design and what it's meant to achieve?
We wanted to be able to very simply move through a home, pointing out the dangers and giving advice on safe gun ownership as we went. Drifting slowly upward in one move seemed effortless—you don't want to ask people to jump through hoops when you're giving them pointers on an emotionally delicate subject.

Check out some of the print work below. 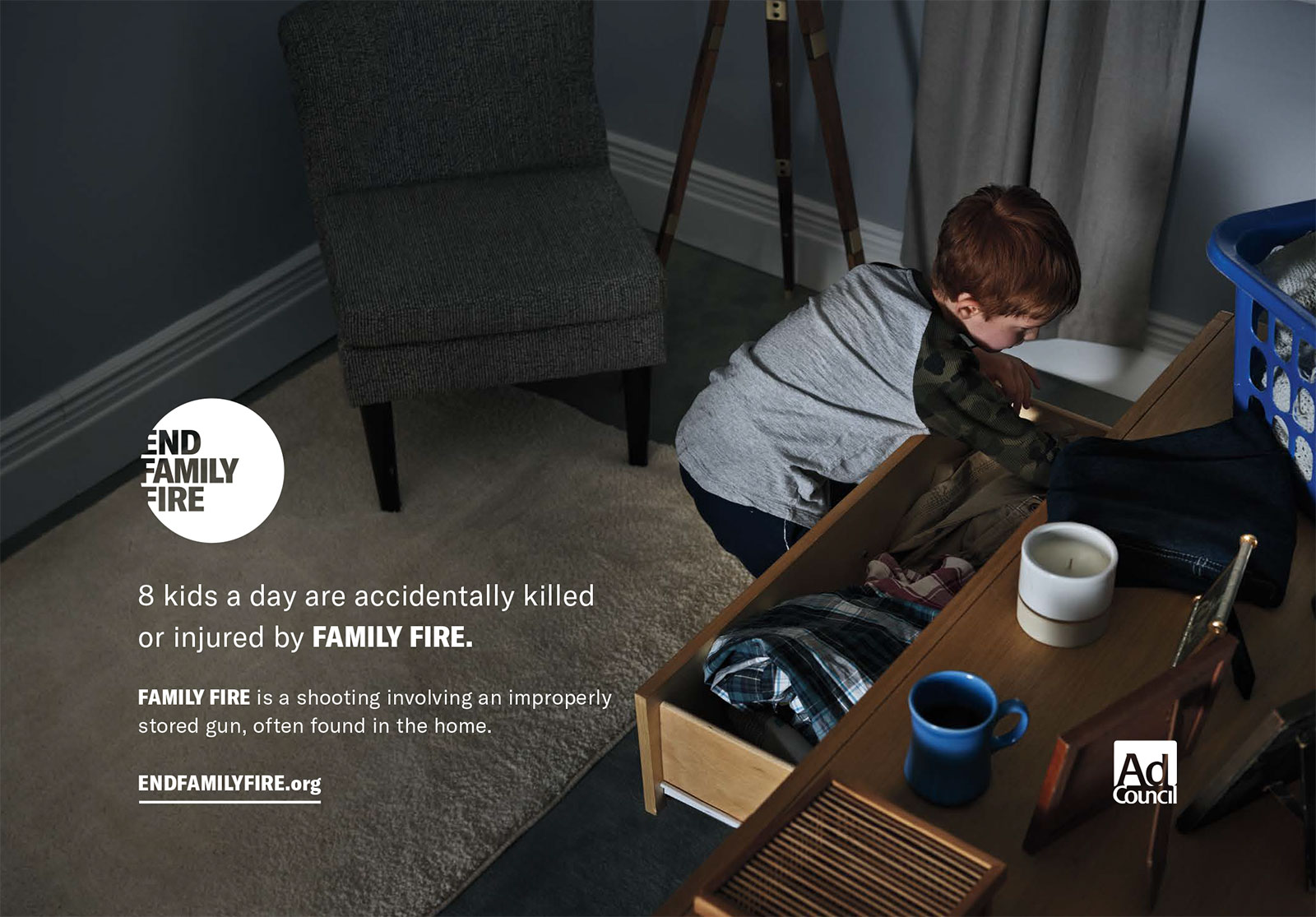 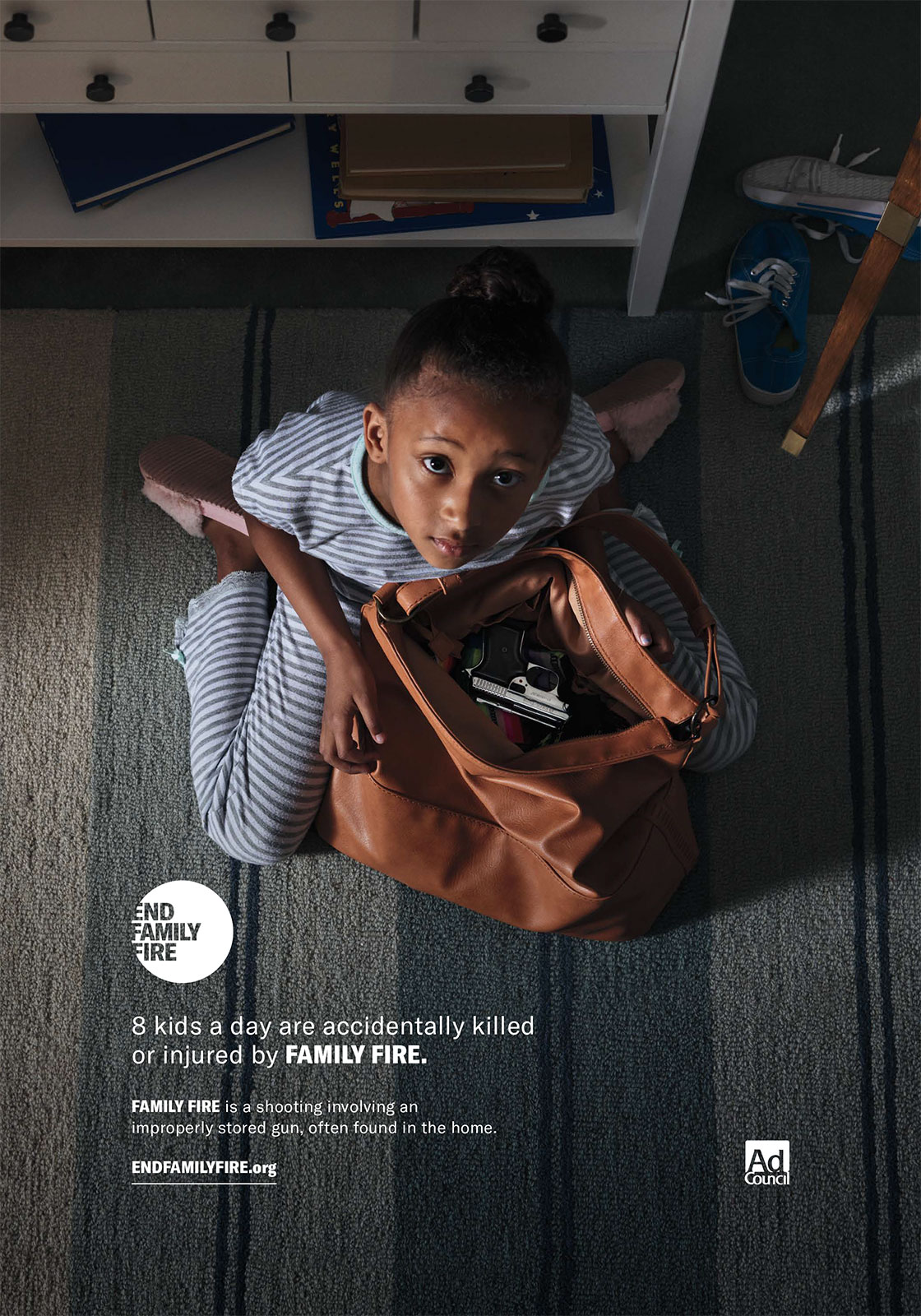