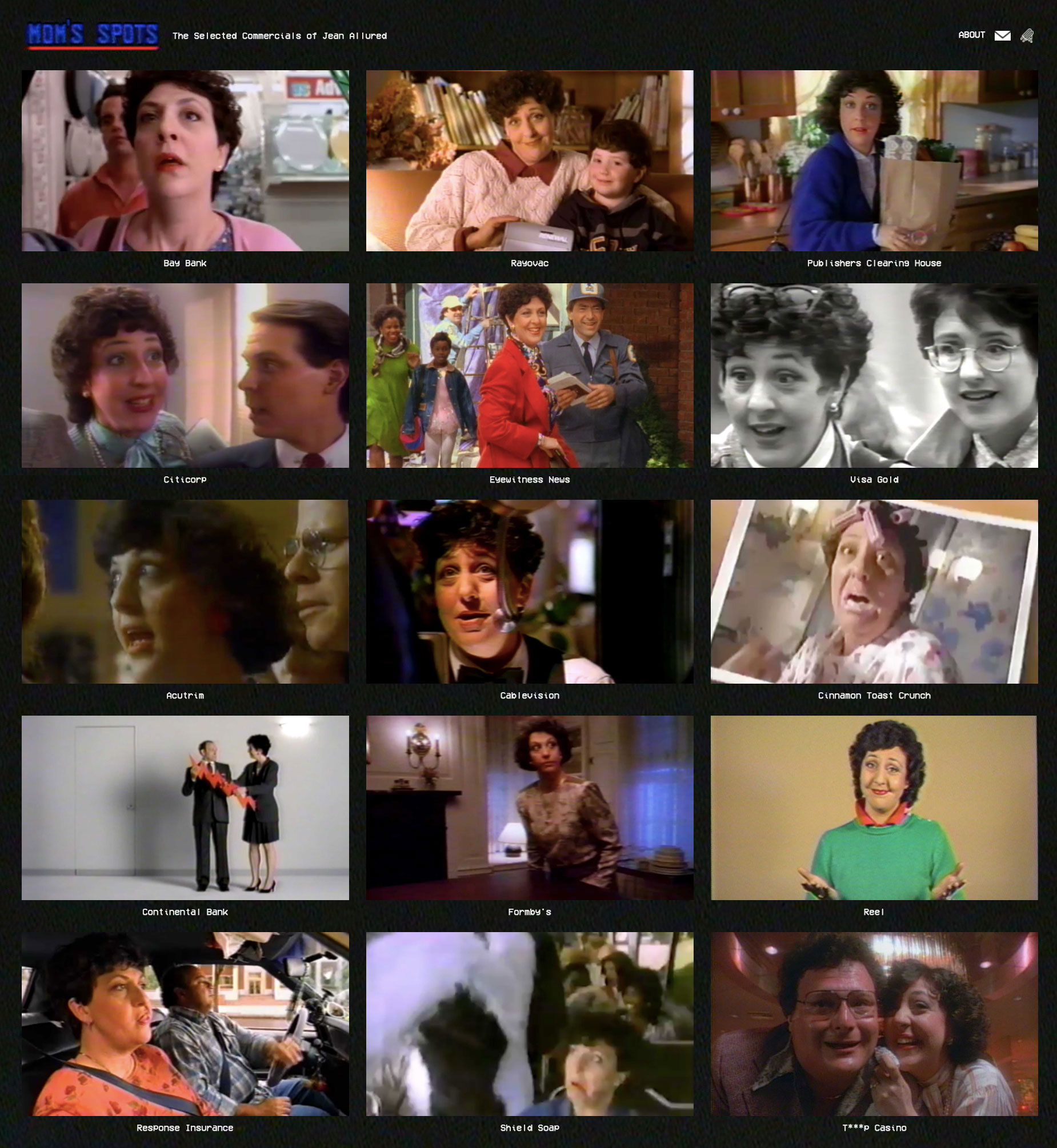 Here's our favorite Mother's Day project of 2021—a site called "Mom's Spots," where commercial director Conor Byrne has digitized and posted a bunch of classic spots from the '80s and '90s featuring his commercial-actress mom.

In addition to being a sweet Mother's Day gesture, it's also just a fun time capsule of commercials from that era. Conor's mom, Jean Allured, is the lead performer in many of the spots—and has bit parts in some others. They're all pretty great, though the Shield Soap ad may be most noteworthy—Jean appears only briefly, as one of the bus passengers, but it's hilarious to see Bryan Cranston as a foul-smelling skunk in need of a more powerful body-cleaning product.

We spoke to Conor, who directs commercials through m ss ng p eces, further about the project.

Muse: Great project! Do you have any favorites among the Mom's Spots?

Conor Byrne: My favorite is the Visa Gold commercial that aired on the Super Bowl in the mid-'90s. My mom is only in the very end of the spot, but she steals the show as an oblivious tourist. She missed my 6th birthday party to shoot it, but I forgive her. I also love the Publishers Clearing House spot because her tiny performance quirks are so uniquely Mom to me—there's nobody else who could make those faces. And I have a soft spot for the Bay Bank and Rayovac spots because they're so representative of a certain '90s commercial aesthetic that's seared into my memory. 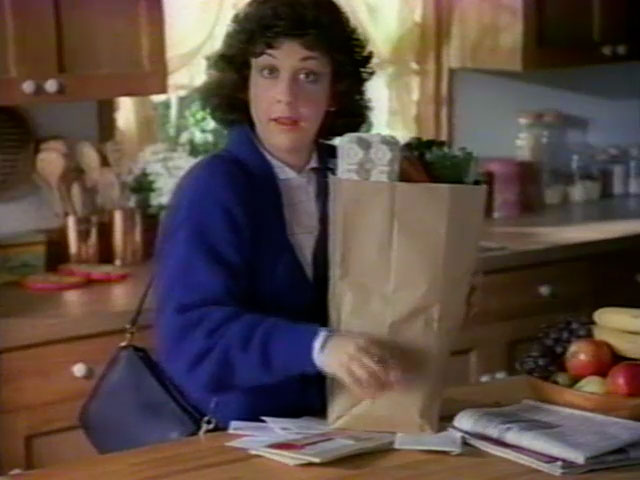 Where is she from/based, and where were most of these projects shot?

My mom is a born and raised New Yorker. Still based just outside the city in North Jersey. These spots were shot mostly on the East Coast, but really all over. She shot Visa Gold in Italy. She hasn't done commercial work for a few years, but here's hoping she gets back into it.

These spots are such a time capsule. What came to mind as you collected them?

Watching filmmaking styles, fashion trends and hairdos evolve throughout the ages was fascinating. Seems like my mom must have gotten a lot of perms over the years. On a deeper level, it's also amazing how little has changed when it comes to certain conventions of comedy commercials. There has always been some form of the "funny friend" and the "kooky suburban mom" in advertising. 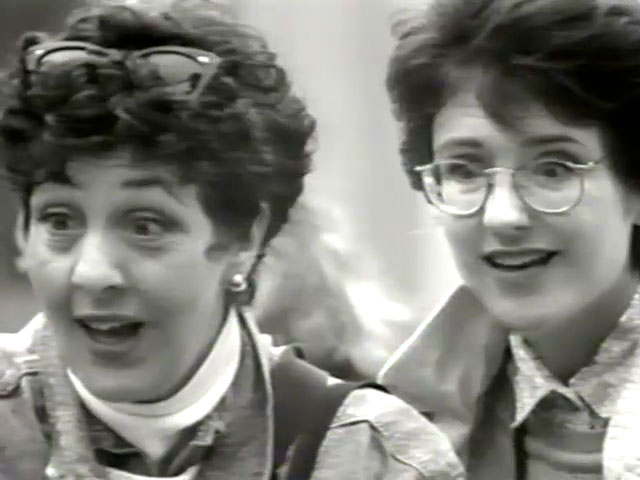 This is a pretty epic Mother's Day gift. Has your mom seen the site yet? What did she think of it?

Yes, I've shown her. I couldn't help but ask her about the stories behind some of the spots I found. She remembered each shoot experience quite vividly—especially the bad ones. I think she likes the site. She says she's slightly mortified by some of her performances, but she's also sent the link to all of her friends.

I heard you spent some time on set with her as a kid. What was that like?

I remember sitting in a large extras holding area when I was like 7 or 8—there must've been 100 other background actors. We waited around the entire day and they never shot us. I remember being disappointed. That experience taught me to show empathy and gratitude towards every single person on a set—especially the extras you don't shoot. 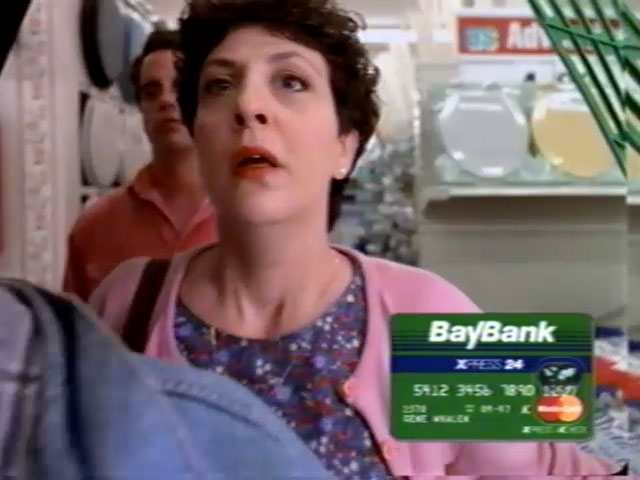 This was an era when few people had video cameras. How cool is it that you have all this video of your mom from that time?

It's awesome. A lot of these were on VHS and UMatic tapes hidden in the basement, attic and garage of my parents' house. I'm lucky my folks never threw them away. And I'm proud to have such a great actor as a mom.

Did your mom's involvement in commercials inspire you to get into directing spot work yourself?

Absolutely. Commercials feel like a part of my DNA. Growing up, I would accompany my mom into callback rooms and sit quietly in the corner playing with action figures while she auditioned. I later did a bunch of extrawork alongside her during summer breaks from school. And of course, freaking out whenever I spotted my mom on TV is a big memory. She now does the same—and calls me up—whenever she sees a spot I've directed on the air. 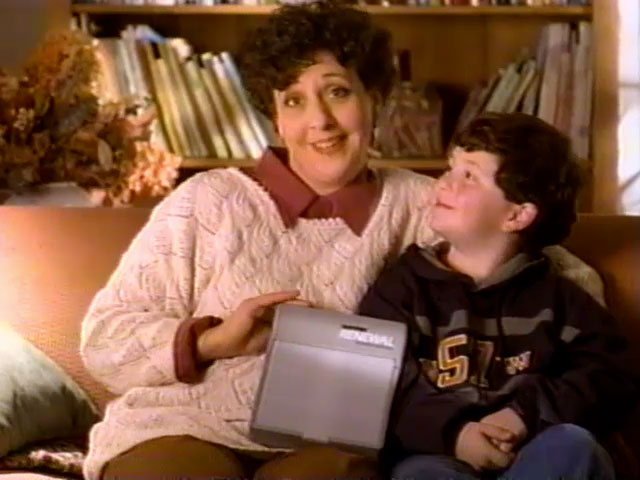 Have you ever directed your mom in anything?

I've put her in a couple of shorts I've directed over the years, but not yet worked with her in a commercial. Still waiting for the right project, I suppose. We have a shorthand—common genes?—that makes communication easier on set, but she also usually tells me I need to shave or that my lips are chapped in front of the whole crew. She's a talented actor, but it's a tradeoff.