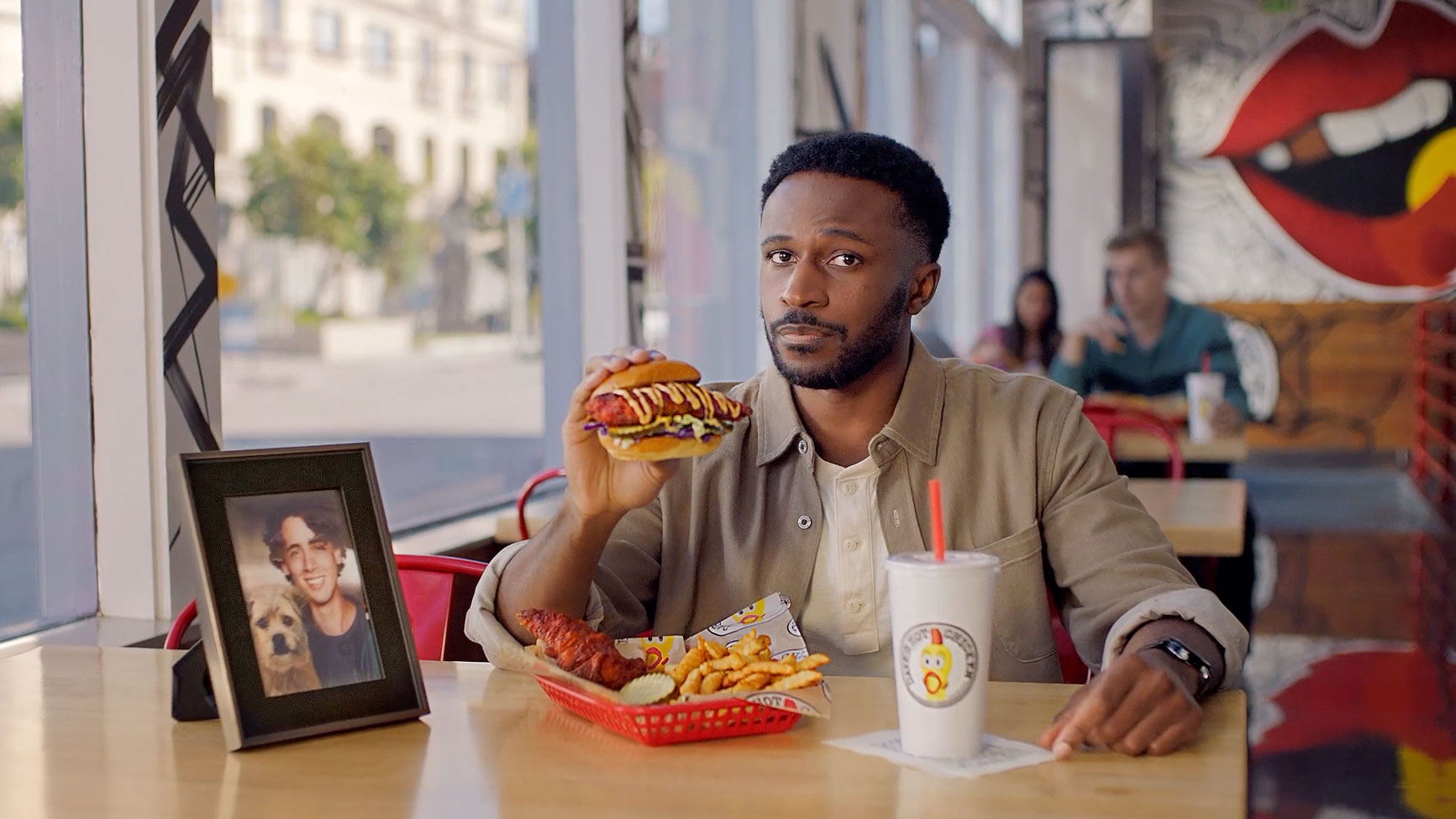 It's Halloween next week, but even so, some viewers might blanch at the strangely macabre new ads from Dave's Hot Chicken. We don't want to give anything away, so just check out the spots below.

The first could surely use a "Do not attempt" line, at the very least. Hopefully that's a professional driver on a closed course, as well.

The campaign, from the agency Party Land, impressively—or perhaps regrettably, depending on your point of view—just goes for it, building its message around the ultimate expression of FOMO. And that, indeed, was the starting point for the strategy, the agency say.

"There's a reality of FOMO that runs deep in the Dave's brand. People want to try it from what they've read or heard from their friends, and when they do, the word spreads further," says creative director Matt Rogers. "We wanted to take this FOMO feeling and blow it out of the water. At Dave's they have a history of breaking the rules, so we had a lot of permission from them to go big. 'Don't Die Before You Try It' felt like the ultimate realization of where the brand started."

The comments in social have been pretty amusing. "This ad is wild." "The most morbid and inappropriate ad I've ever seen." "Bro… how did this get approved." "This shit crazy." "💀." "I expected the joke to be that he didn’t die, and that he just became vegan or something wth lol." (I was also expecting some kind of left turn at the end of the driving spot—just not the tragic slight left Sam makes, thanks to Wiggles.)

We reached out to Dave's, where VP of marketing Dave Crocker sounds positively thrilled by the reaction to the work, which broke about a week ago.

"The reaction to the new campaign has been amazing," he tells Muse. "That wasn't a big surprise since we researched the work among our core customer base—18- to 34-year-old guys—and the results were very, very strong. We knew that they like their ads with cutting humor, a bit of an edge and some very appetizing food. The new campaign delivered on all counts. We deliberately wanted the work to be different because we're not a conventional brand so our advertising shouldn't look or feel like conventional restaurant advertising either. If you read the comments we've been getting on TikTok and other social channels, most of them talk about how funny it is and some are a bit surprised by the approach we took but that's to be expected anytime you're not playing it safe."